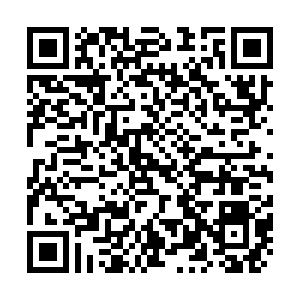 China on Friday warned Japan not to incite trouble over the Diaoyu Islands issue.

Japan and its media have recently hyped up the matter amid the visit of Prime Minister Yoshihide Suga to the U.S.

Some net users even accused the Japanese side of deliberately causing collisions with China Marine Surveillance ships and then shifting the blame to the Chinese side in order to reaffirm the applicability of Japan-U.S. security treaty over the Diaoyu Islands and strengthen related measures.

"Diaoyu Islands and its affiliated islets are China's inherent territory, and China is determined and resolved in safeguarding its territorial sovereignty," Chinese Foreign Ministry Spokesperson Zhao Lijian said at a regular press conference.

Noting that Japan has been giving its so-called "fishing vessels of unknown origin" a free pass to sail in waters near the Diaoyu Islands with an objective to stir trouble, Zhao called this strategy as the root cause of complicating the situation further.

"We once again urge the Japanese side to honor its four-point principled agreement with China, effectively strengthen internal control and prevent the situation from deteriorating and escalating."

Asked to comment on reports that suggested Suga and U.S. President Joe Biden may also present a united front on Taiwan-related issues, Zhao said China has expressed solemn concern about the collusion between Japan and the U.S., and both Washington and Tokyo should take Beijing's concerns seriously.