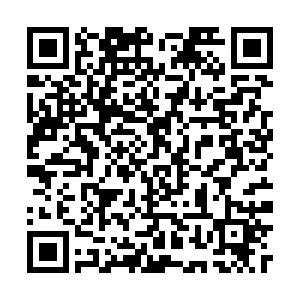 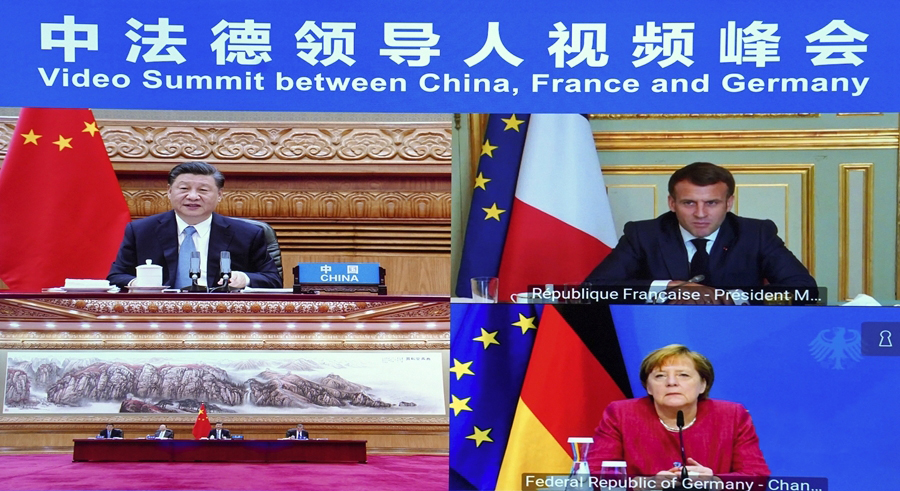 On April 16, Chinese President Xi Jinping participated in a video summit at the invitation of French President Emmanuel Macron. Also participating was German Chancellor Angela Merkel. The meeting was a cordial discussion between the leaders on the climate change issue as well as other issues of importance. During the summit, President Xi reiterated China's commitment to achieve carbon emissions peak in 2030 and carbon neutrality in 2060.

President Xi underlined that climate change is the common cause of all mankind and should not be a bargaining chip for geopolitics, a target for attacking other countries, or an excuse for trade barriers. The emphasis on this was extremely important as the U.S. under the Biden Administration has decided to reenter the Paris Agreements, and "take the lead" in climate, something of President Biden's own brand of "America First-ism." In this spirit, President Biden has called for a global climate change summit on the Earth Day, April 22, which the U.S. will host.

China has received an invitation to this summit, but China has not yet announced that President Xi will be attending. The rather undiplomatic treatment given to China's top foreign policy representatives at the meeting with their counterparts in Anchorage last month has created a great deal of rancor among Chinese leaders, who had been essentially "ambushed" by the U.S. which began that meeting with an attack on China.

Nevertheless, Biden's Special Envoy on Climate, John Kerry, is now in Shanghai to discuss the climate change issue with his counterpart. The Kerry visit was not given much play in the Chinese media. The low-key treatment of the meeting was also characterized by it being held in Shanghai, not Beijing, and by the fact that Kerry will not be meeting with President Xi or any leading Chinese government official.

He did, however, have a video meeting with Han Zheng, a member of the Standing Committee of Political Bureau and a vice premier of the State Council, and a close adviser to President Xi. Han welcomed the return of the U.S. to the Paris Agreement, but noted that in dealing with climate change, countries should recognize their common but differentiated responsibilities.

The initiative to the three-way summit by President Macron was no doubt taken with a recognition that China was not jumping on board the Biden summit proposal, most likely because of the arrogance displayed by his representatives in the last encounter. While the Europeans were relieved by the Biden victory last year, they are also ruffled by the heavy-handed treatment Biden has shown to China and Russia. 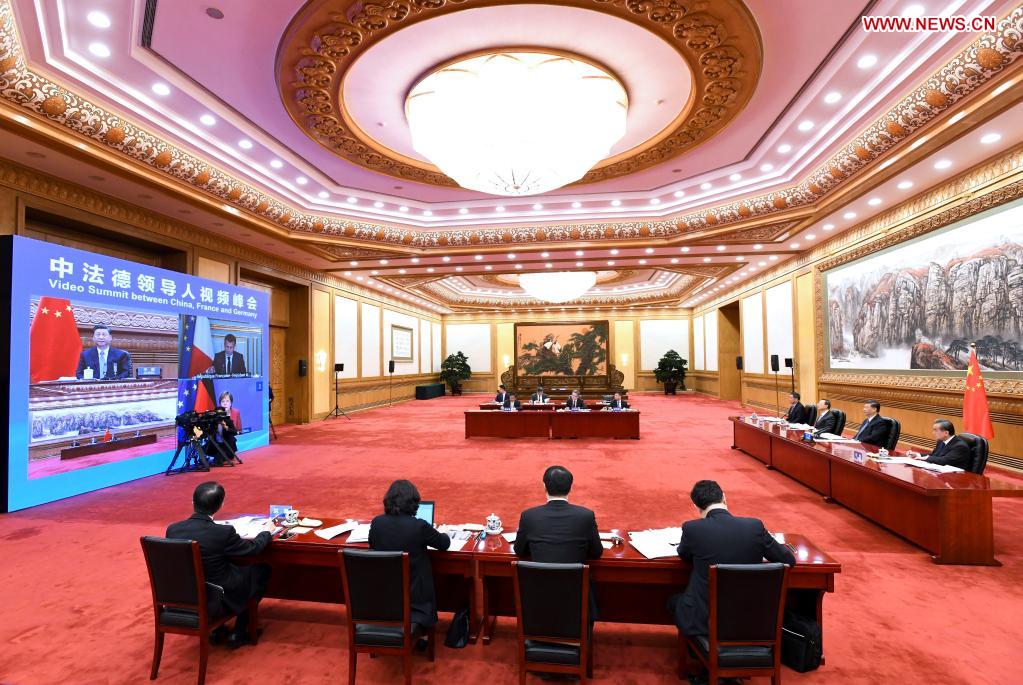 There is also a great deal of agreement between the three leaders in regard to moving forward on climate change and other issues. China is a major producer of wind turbines, which France has been utilizing in its own climate program. France and China are also collaborating in the ITER fusion program, looking at the development of thermonuclear fusion power as a major source of "clean" energy in the future. And they are all in agreement on the need for multilateralism in opposition to "America First-ism" in whatever form it might take.

The leaders also discussed the continued fight to overcome the pandemic and to revive the economy, hard hit by the crisis. President Xi also underlined the need to avoid "vaccine nationalism" and expressed his willingness to work with the international community, including France and Germany, to help developing countries obtain vaccines in a timely manner. President Xi pointed out the importance of China-EU relations.

While there has been some "push-back" from some European countries on the agreed China-EU investment treaty, based largely on totally bogus issues about the Xinjiang Uygur Autonomous Region, France and Germany, as the most important members of the Union, could help to counter these "headwinds".

Macron said that France is willing to strengthen cooperation with China on the equitable distribution of vaccines and to strengthen coordination on regional issues such as the Iranian nuclear issue. Chancellor Merkel emphasized the important opportunities that China's implementation of the 14th Five-Year Plan will bring to Germany-China and to EU-China cooperation, and expressed her willingness to enhance mutually beneficial economic and trade cooperation with China.

The three leaders also agreed that it is necessary to uphold multilateralism, fully implement the Paris Agreement, and jointly build a fair, reasonable, cooperative and win-win global climate governance system. The summit helped lay the basis for an effective framework in moving forward in the climate discussion, one which is based on mutual respect between the parties and not on the type of political "triumphalism" exhibited by those who often have very little to contribute to the common good.