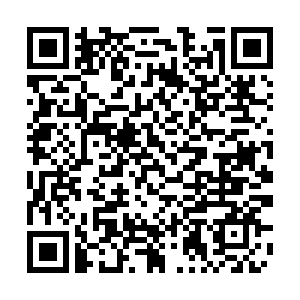 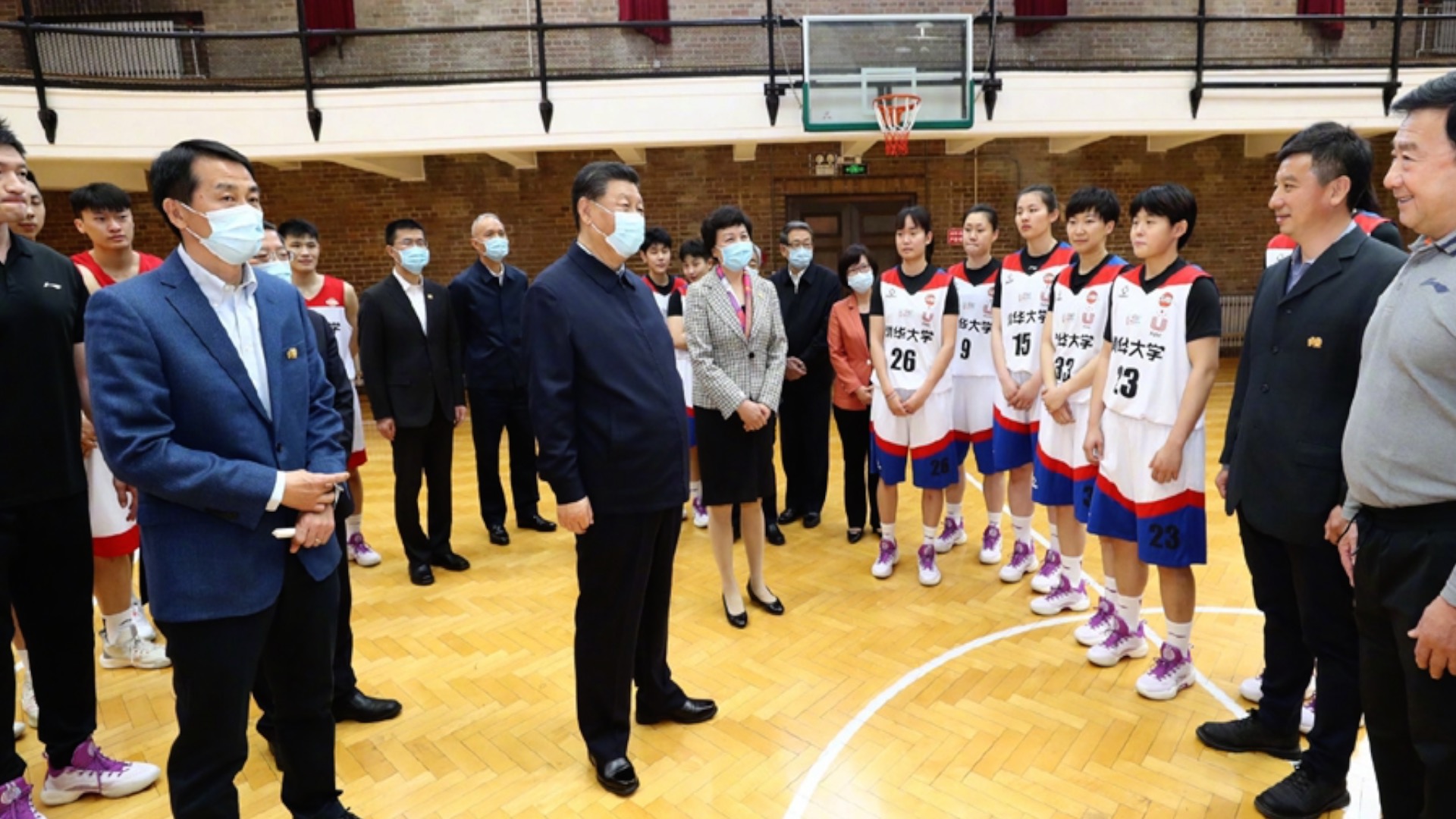 Top Chinese universities will play a bigger role in the country's development in the next five years and beyond, as the world's second largest economy vows to become an innovation powerhouse.

Tsinghua University, one of the most prestigious universities in China, is undoubtedly an important player on the journey.

During an inspection tour to the university on Monday, Chinese President Xi Jinping called for building world-class universities with Chinese characteristics to serve national rejuvenation. 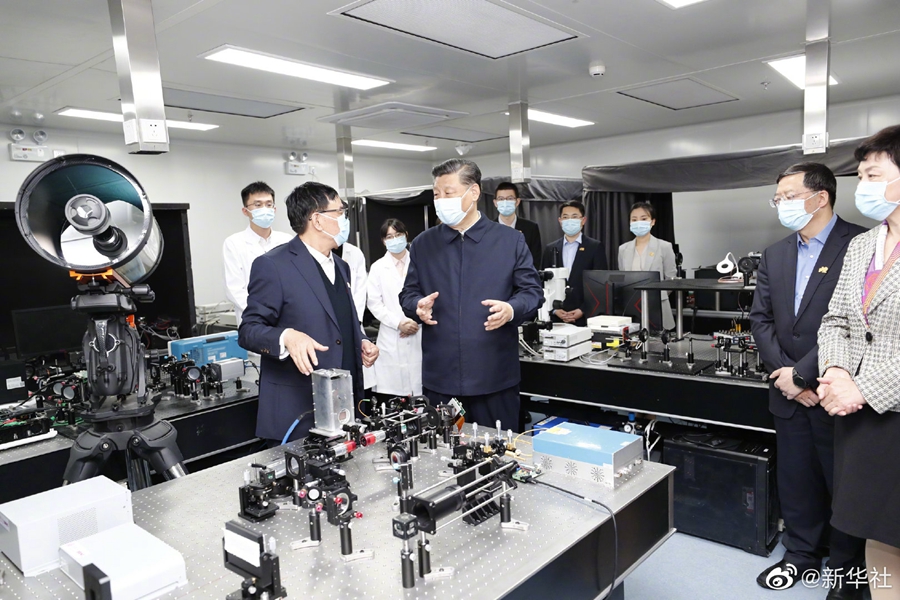 Xi visited the Academy of Arts and Design, a laboratory on imaging and intelligence, an exhibition on the university's key education and scientific research achievements, and a gymnasium.

He also learned about Tsinghua's reform, human resources development, innovation in education and scientific research, as well as the university's role in serving national development, before meeting representatives of the faculty and students at a symposium and delivering a key speech.

This year marks the 100th anniversary of the founding of the CPC, Xi noted, adding that 2021 is also the start of China's new journey toward socialist modernization. The development of China and its ruling party "needs higher education, scientific knowledge and excellent talent more than ever," he stressed.

He encouraged Chinese youth to shoulder their historic responsibilities and strive for national rejuvenation. 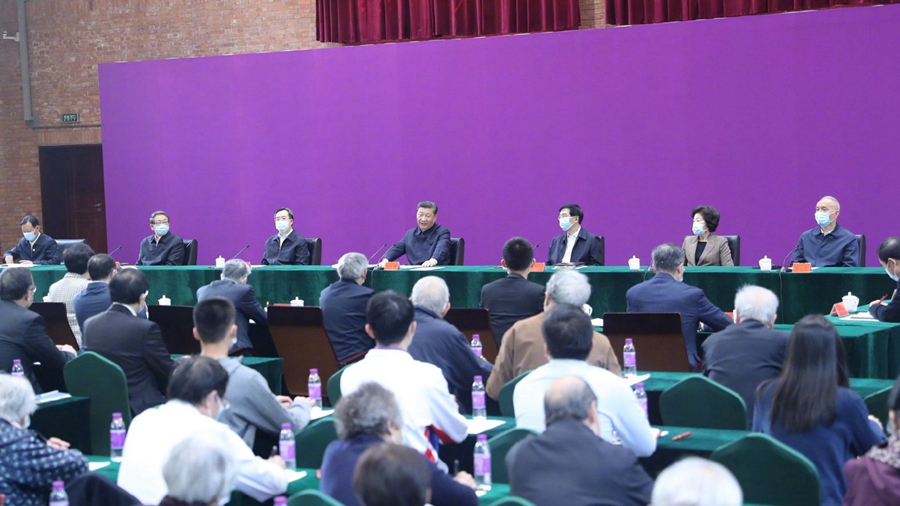 According to the Outline of the 14th Five-Year Plan (2021-2025) for National Economic and Social Development and the Long-Range Objectives Through the Year 2035, China will pursue innovation-driven development and strive to make major breakthroughs in key and core technologies.

China outlines plan to address economic challenges in next 5 years

Innovation is "at the heart of China's modernization drive," the blueprint said, calling for enhancing self-reliance in science and technology.

It also vowed to support the development of high-quality research universities and cultivate more first-rate talent in science and technology. 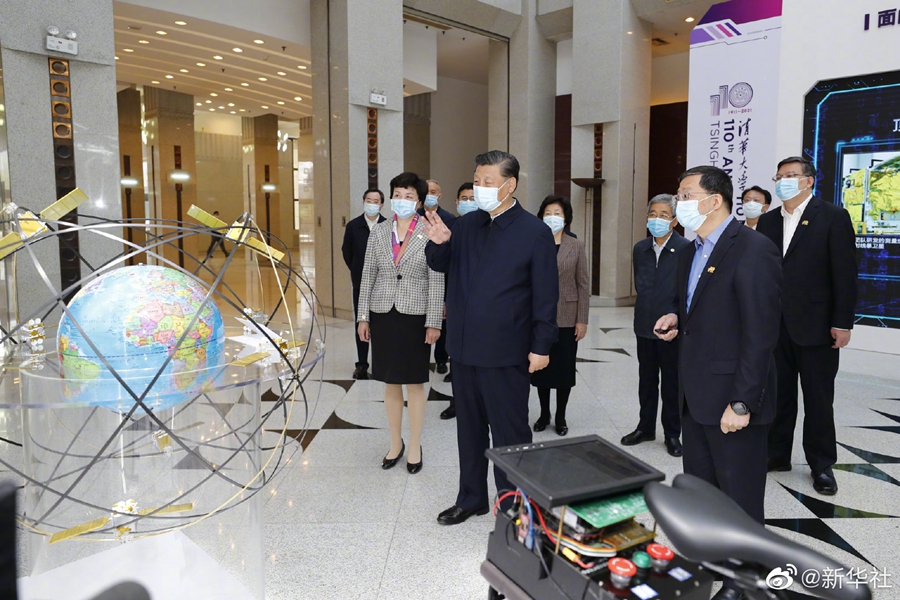 Xi urged Tsinghua University to upgrade the system of disciplines and specialties, and cultivate talent in frontier and key areas of science and technology. He called for efforts to break through the bottleneck of key and core technologies.

Tsinghua University was established in 1911 in Beijing in the final months of the Qing Dynasty (1644-1912).

After the founding of the People's Republic of China in 1949, the university was molded into a polytechnic institute focusing on engineering. Since the launch of China's reform and opening-up policy in 1978, it has gradually developed into a comprehensive research university with 21 schools and 59 departments.

Xi studied basic organic synthesis at the university's Department of Chemical Engineering from 1975-1979 in his 20s. 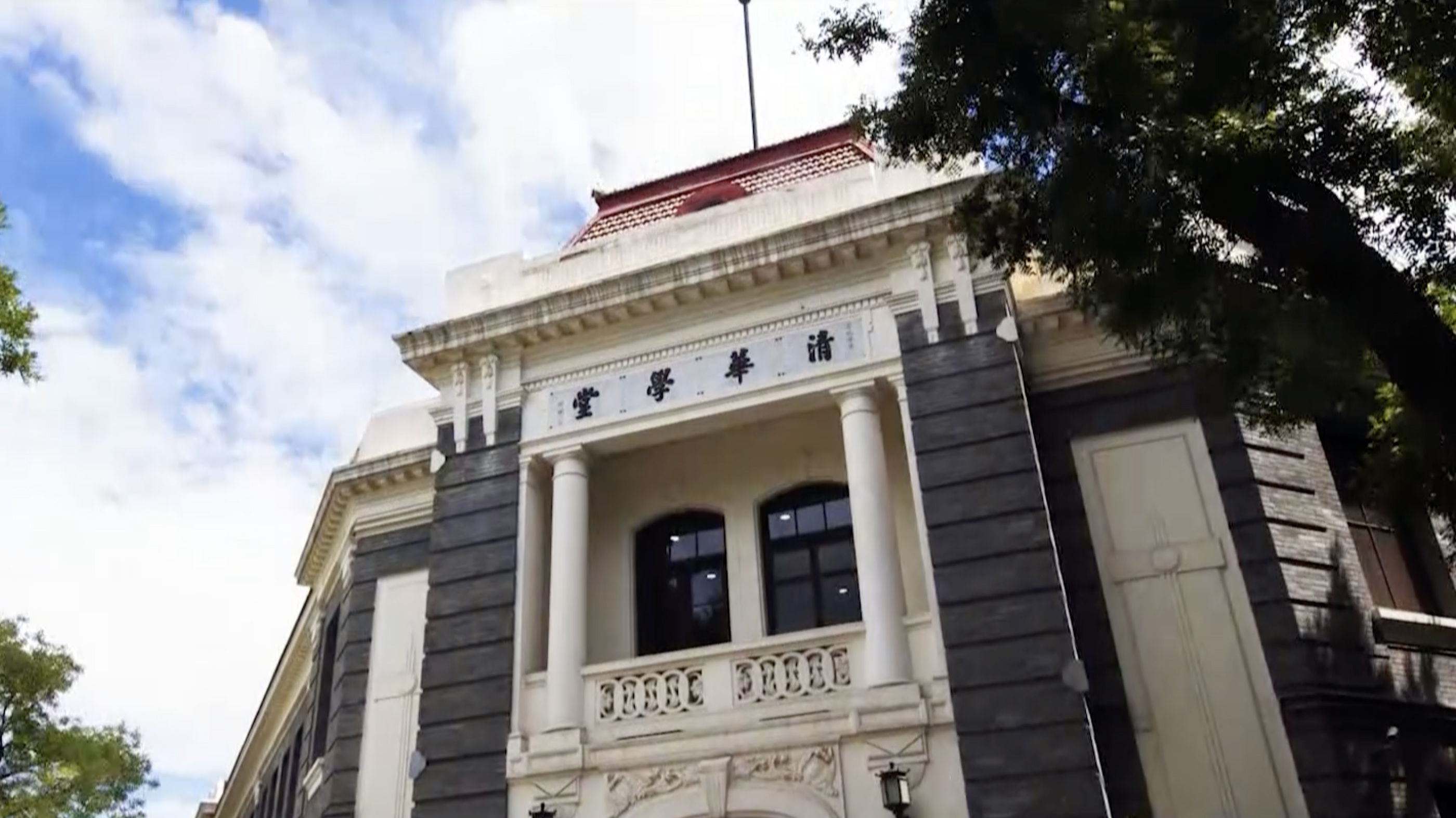 When Xi was a senior official in southeast China's Fujian Province, he attended an in-service graduate program in Marxist theory and ideological and political education at the School of Humanities and Social Sciences of the university from 1998-2002 and was awarded a Doctor of Law degree.

The tour on Monday was Xi's second visit to Tsinghua University in just over a year. On March 2, 2020, Xi visited the School of Medicine at the university and learned about the progress of scientific research on COVID-19.