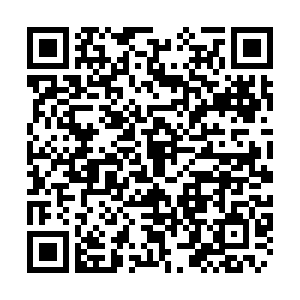 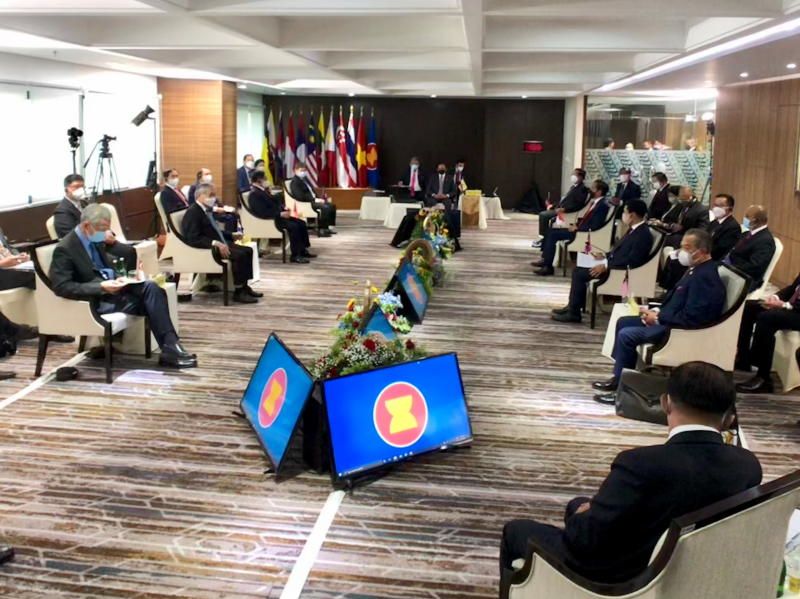 Leaders of the Association of Southeast Asian Nations (ASEAN) reached a consensus on five points toward resolving the crisis in Myanmar on Saturday, including starting a dialogue and ending violence, ASEAN chair Brunei said on Saturday. 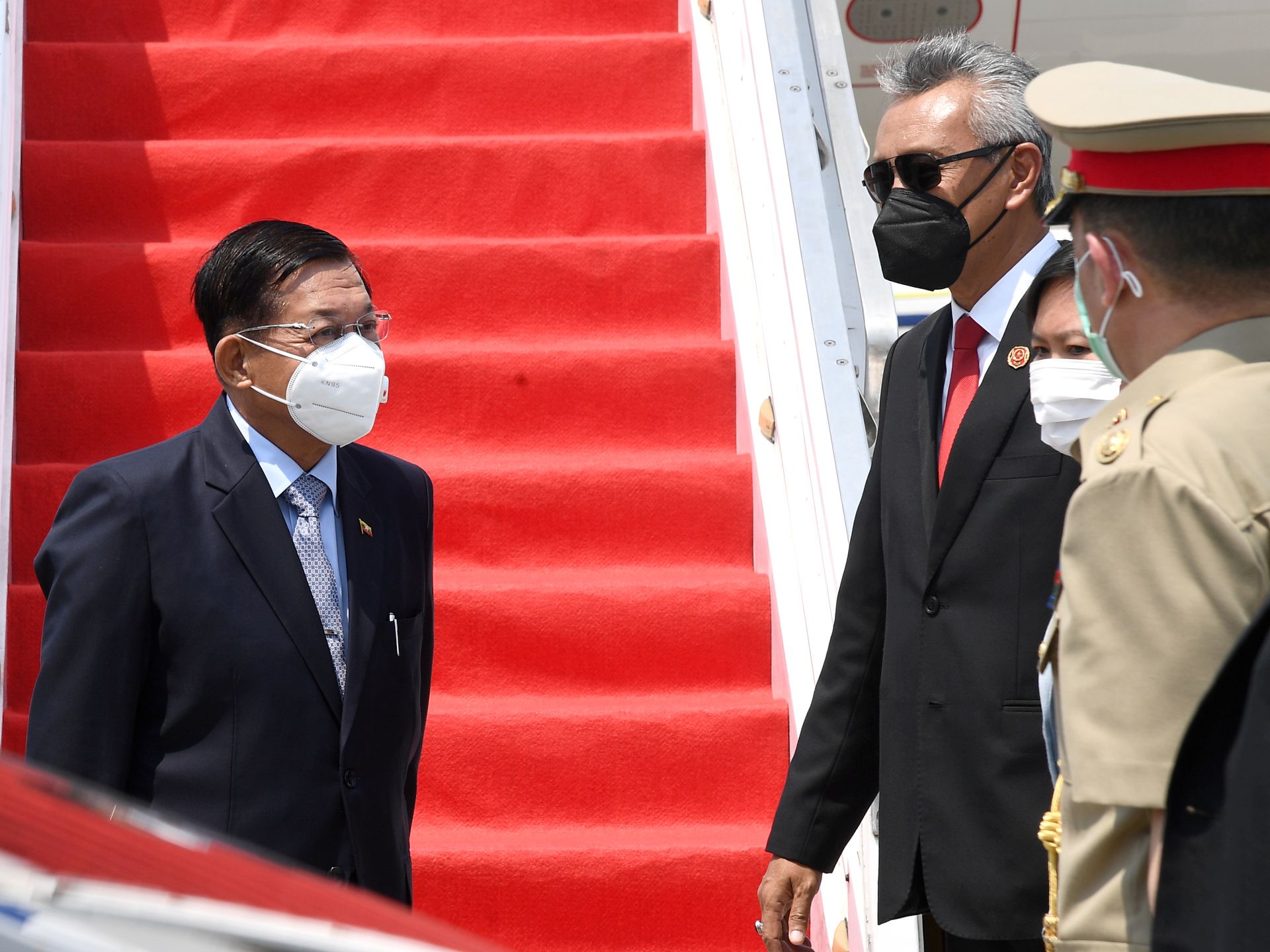 Myanmar's military chief Min Aung Hlaing (L) arrives at the Soekarno Hatta International Airport in Tangerang on the outskirts of Jakarta for the ASEAN leaders' summit in Indonesia, April 24, 2021. /Reuters

Myanmar's military chief Min Aung Hlaing (L) arrives at the Soekarno Hatta International Airport in Tangerang on the outskirts of Jakarta for the ASEAN leaders' summit in Indonesia, April 24, 2021. /Reuters

Foreign ministers from Laos, Thailand and the Philippines joined the meeting as representatives.

"The violence must be stopped and democracy, stability and peace in Myanmar must be restored," he said.

"It's good that he did not reject what was put forward by me and many other colleagues," Muhyiddin said of Min Aung Hlaing.

"He said he heard us, he would take the points in, which he considered helpful," said Singaporean Prime Minister Lee Hsien Loong of Myanmar's military chief, according to Channel NewsAsia television. "He was not opposed to ASEAN playing a constructive role or an ASEAN delegation visit or humanitarian assistance."

However, Lee said the process still had a long way to go "because there's one thing to say you'll cease violence and release political prisoners; it's another thing to get it done."

A spokesperson from Myanmar's ousted lawmakers on Saturday welcomed the ASEAN call for an end to violence in Myanmar as "encouraging news."

"This is what the National Unity Government (NUG) has been calling for," said the NUG's minister of international cooperation known as Dr Sasa, who is currently in hiding with the rest of his fellow lawmakers.

"We eagerly await the engagement by the (ASEAN) secretary general," he said. "We look forward to firm action by ASEAN to follow up its decisions and restore our democracy and freedom for our people and for the region."

The NUG lawmakers are currently wanted for high treason by the Myanmar military, which controls the country now.