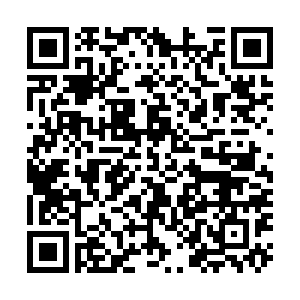 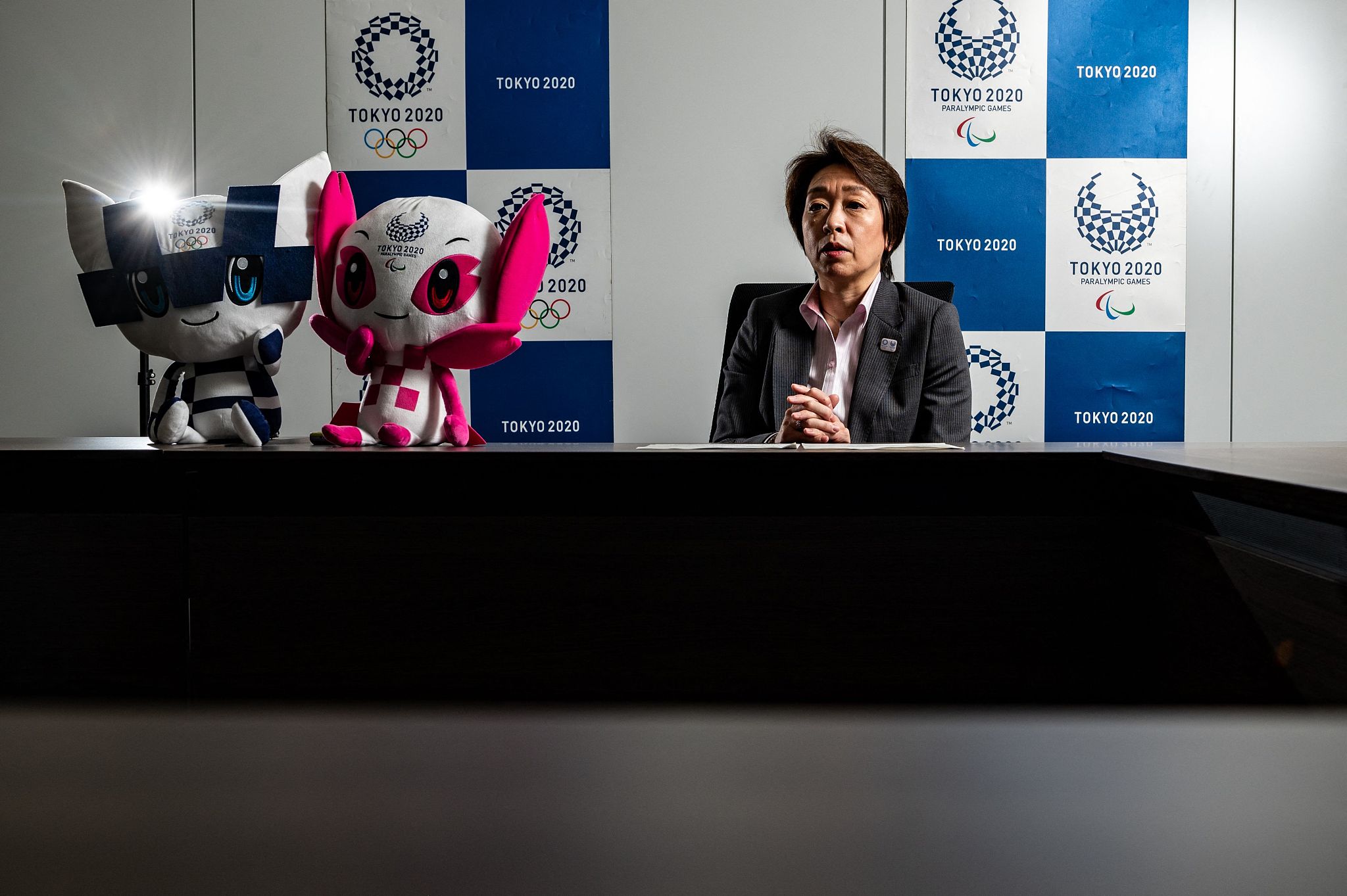 The Olympics must not be a burden on medical systems, Japan's chief government spokesman said on Friday, amid worries that daily athlete testing will tax health resources already stressed in fighting a rebound of COVID-19 cases.

The Games will be held in a manner that makes everyone feel safe, Japan's Chief Cabinet Secretary Katsunobu Kato told reporters, responding to concerns raised by a nurses' union that the world's biggest sporting event will sap medical resources needed by the public.

Also on Friday, Tokyo 2020 president Seiko Hashimoto said the Olympics could be held behind closed doors to ensure the Games will be safe. 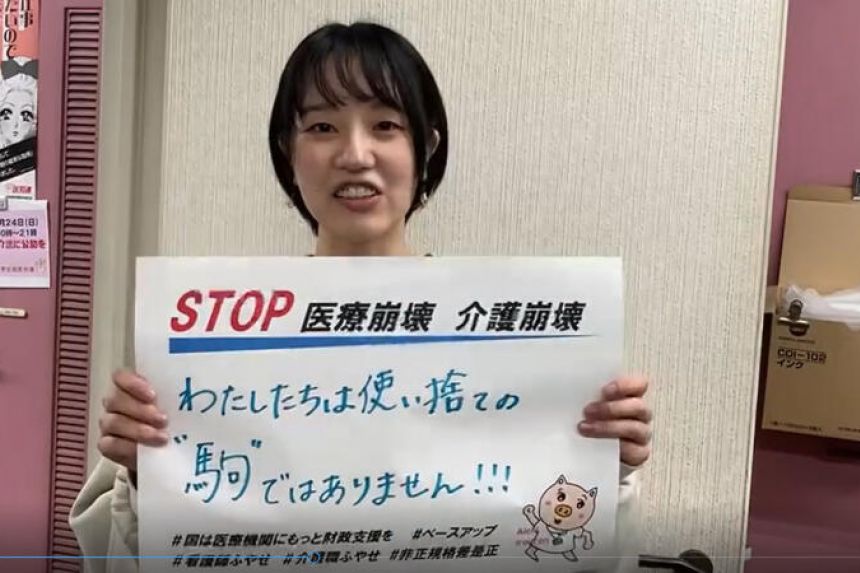 Under the trendy hashtag "problematic to dispatch nurses for the Games" on Twitter, a widely shared picture shows an unnamed nurse holding up a sign that says "we are not expendable pawns." /@irouren

Under the trendy hashtag "problematic to dispatch nurses for the Games" on Twitter, a widely shared picture shows an unnamed nurse holding up a sign that says "we are not expendable pawns." /@irouren

However, nurses protested against the request, saying that they are "not expendable pawns" to be diverted for a "non-essential" event.

"One of the key assumptions is you should not deteriorate the service level in the local community by pulling out these nurses, and I have made this point very clear," Tokyo 2020 CEO Toshiro Muto told reporters.

Muto denied that the request was made "behind the scenes," and said "careful and meticulous discussions" would be needed to fine-tune the details.

"We need to come up with a way to coexist," he said. "That's what I mean with being flexible with working hours and shifts and so on. We are consulting about that."

Nurses have reportedly quit in droves due to excessive overwork, low wages, intense stress, and the trauma of patients dying on them, the Strait Times reported. 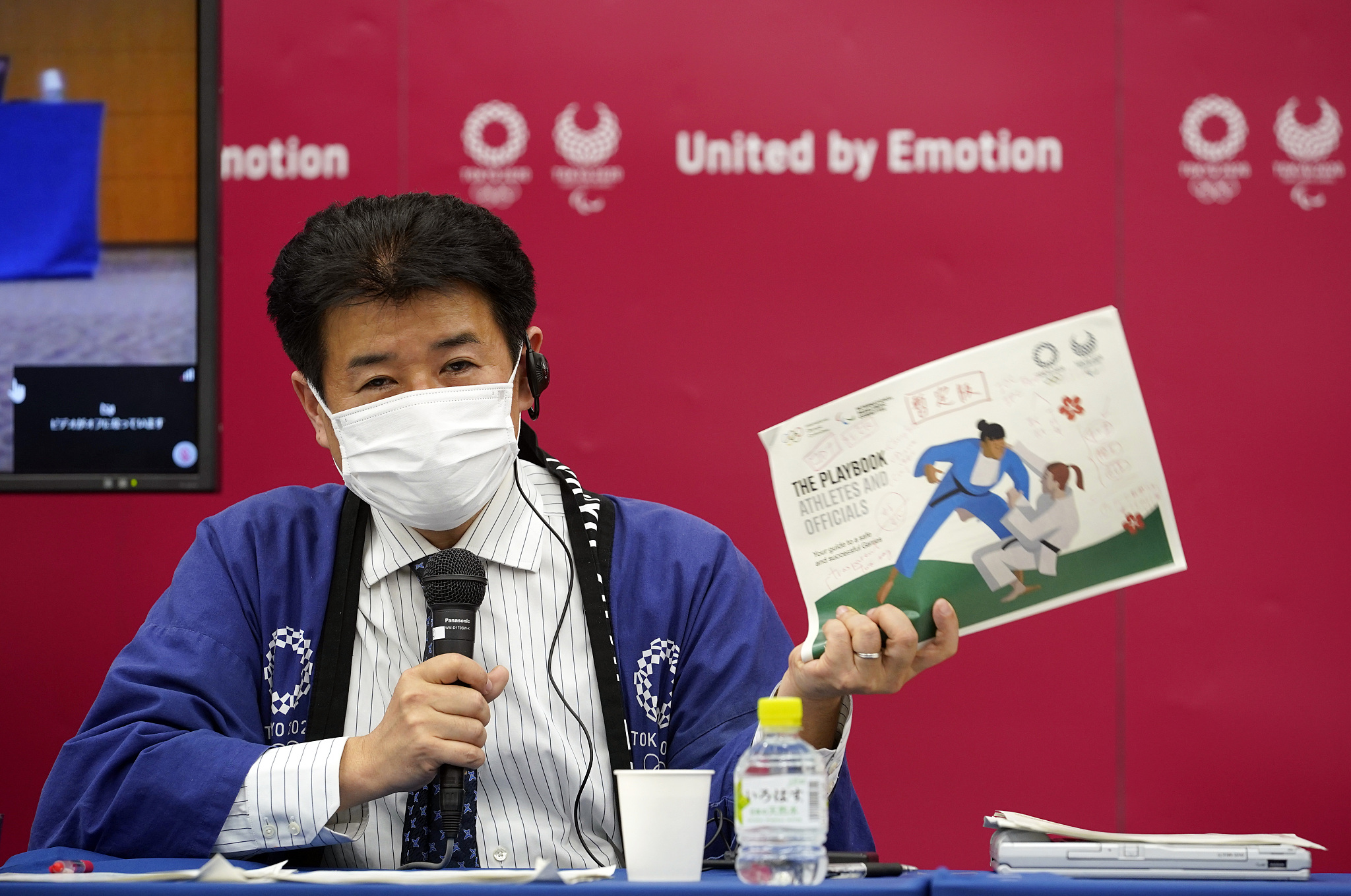 This week, Tokyo Olympics organizers issued the second edition of "playbooks" that lay out infection prevention standards for the Summer Games, which are due to start in less than three months after a one-year delay because of the pandemic.

The rules require daily testing of athletes and restrict their use of public transportation, and complicating logistics in more remote locations.

The venue for surfing in the Tokyo Olympics refused to set up COVID-19 testing and treatment facilities for athletes, citing a lack of medical facilities, NHK reported on Friday.

The town of Ichinomiya, about 96 kilometers east of Tokyo, had been asked to set up a testing facility by the Brazilian national team, NHK said.

Brazilian surfers, expected to be among the medals at the sport's Olympic debut, had wanted to base themselves near the beach instead of the Olympic Village some two hours away, NHK said.

Tokyo reported 1,027 new cases on Thursday, the highest since January 28 during the previous emergency declaration, and 698 on Friday.

Seeking to slow the spread, Tokyo and Osaka remain under a state of emergency, set to last until May 11.