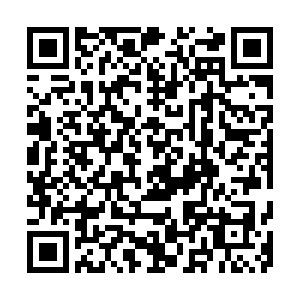 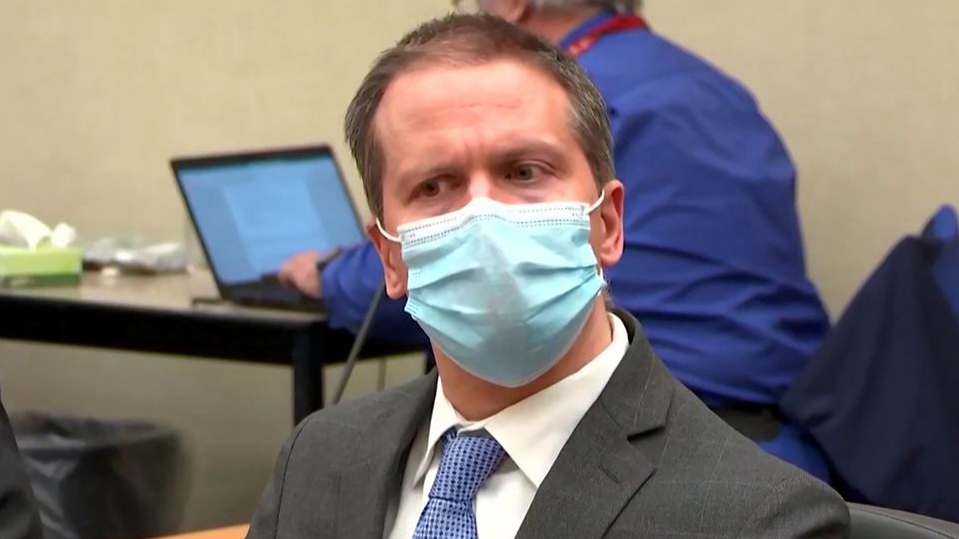 Former Minneapolis police officer Derek Chauvin listens as a jury finds him guilty of all charges in his trial in Minneapolis, Minnesota, U.S., April 20, 2021./Reuters

Former Minneapolis police officer Derek Chauvin listens as a jury finds him guilty of all charges in his trial in Minneapolis, Minnesota, U.S., April 20, 2021./Reuters

The motion, filed by Chauvin's attorney Eric Nelson, cites factors including "the interests of justice; abuse of discretion that deprived the Defendant of a fair trial; prosecutorial and jury misconduct; errors of law at trial; and a verdict that is contrary to law."

The rare verdict against a police officer is considered a milestone in the fraught racial history of the United States and a rebuke of law enforcement's treatment of Black Americans.

What do we know about the historic Chauvin verdict?

In May 2020, cellphone footage of Floyd shouting "I can't breathe" sent shockwaves across the international community, sparking months of protests against police violence and racial injustice in the U.S.

The video, shot by a bystander, showed Chauvin kneeling on 46-year-old Floyd's neck for more than nine minutes. Chauvin and three fellow officers were attempting to arrest Floyd, accused of using a fake $20 bill to buy cigarettes at a grocery store. 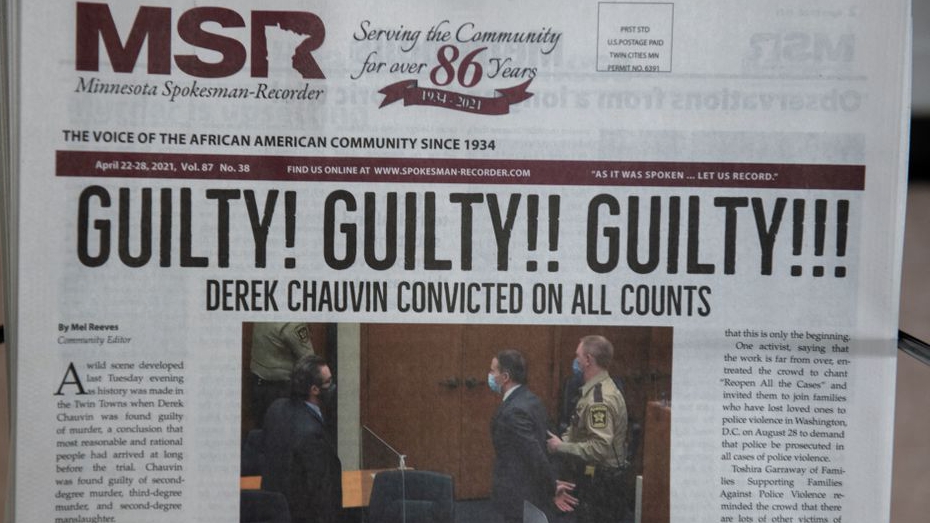 The front page of a newspaper photographed the day after Derek Chauvin was found guilty in Minneapolis, Minnesota, U.S., April 21, 2021. /Reuters

The front page of a newspaper photographed the day after Derek Chauvin was found guilty in Minneapolis, Minnesota, U.S., April 21, 2021. /Reuters

Nelson also accused the Minnesota state prosecutors of misconduct when they disparaged the defense and said the court failed his client when it did not force Morries Hall, who was in the car with Floyd when police arrived, to testify.

A photo circulated by several news organizations has also raised questions about the impartiality of one juror, Brandon Mitchell, according to the Washington Post.

The photo shows Mitchell wearing a T-shirt with the words "get your knee off our necks" around a picture of Martin Luther King Jr. Mitchell was also wearing a Black Lives Matter baseball cap.

On Monday, Mitchell defended the photo, telling the Minneapolis Star Tribune that the photo was taken in August during the commemoration of Martin Luther King Jr.'s "I Have a Dream" speech from 1963.

Nelson did not mention Mitchell directly in the court filing on Tuesday but requested the court to hold a hearing to impeach the verdict based on the grounds that the "jury committed misconduct."