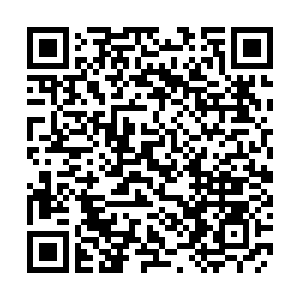 China on Wednesday expressed concern and regret that Chinese telecommunications companies have not been permitted to conduct 5G trials with domestic telecom service providers in India.

India's Department of Telecommunications on Tuesday approved applications from companies such as Ericsson, Nokia, and Samsung to conduct a six-month trial for the use of 5G technology in the country in cooperation with local telecom operators.

India said that permission was granted to those firms that had been picked by the telecom operators such as Jio Platforms, Bharti Airtel, Vodafone Idea, and MTNL.

However, Huawei, ZTE, and other Chinese telecom companies, which have been operating in the country for years, were not included in the upcoming trial.

The exclusion of Chinese firms from the trials will harm not only their legitimate rights and interests but also the Indian business environment, as well as innovation and development of related industries, spokesperson of the Chinese Embassy to India Counselor Wang Xiaojian said.

Chinese companies have been providing mass job opportunities and participating in the construction of telecommunications infrastructure in India, Wang said.

Bharti Airtel, India's second-largest telecom operator, said last year that it was open to cooperation with tech companies from China for components.

"Huawei, over the last 10 or 12 years, has become extremely good with their products to a point where I can safely today say their products at least in 3G, 4G that we have experienced is significantly superior to Ericsson and Nokia without a doubt. And I use all three of them," Sunil Mittal, the founder of Bharti Airtel, said at a conference last year.

Vodafone Idea, India's third-largest telecom operator, also uses Huawei gear. Huawei's equipment and network maintenance contracts are typically cheaper than European competitors such as Ericsson and Nokia, and any restriction on its gear is likely to push up costs.

India's decision to exclude Chinese tech companies came after similar moves taken by the U.S., UK and Australia, all of which have expressed national security concerns about Huawei's and ZTE's ties with the Chinese government.

India's telecom department announced on March 10 that carriers can only buy certain types of equipment from government-approved "trusted sources" after June 15 and it would also create an embargoed list, where Huawei was likely to feature on this blacklist.

Tensions between India and China escalated last year with a border standoff. India has banned hundreds of Chinese apps since last June and slowed approvals for investment from China.

"The Chinese side hopes that India could do more to enhance mutual trust and cooperation between the two countries, and provide an open, fair, just, and non-discriminatory investment and business environment for market entities from all countries, including China, to operate and invest in India," Wang said.