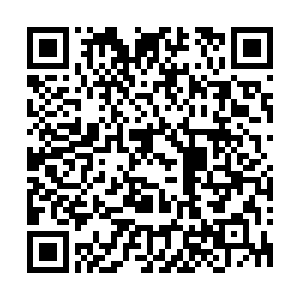 From May 12, the U.S. Embassy in Moscow will stop processing non-immigrant visas for non-diplomatic travel. May 12 will mark 100 days since the military takeover in Myanmar.

The U.S. Embassy in Moscow will cut consular staff by 75 percent and stop processing non-immigrant visas for non-diplomatic travel from May 12. The move was announced last month.

That means Russians who are not diplomats or green card seekers will no longer be able to apply in their country for visas to visit the U.S. for tourism and other purposes. If needed, they will have to make such applications in third countries.

The move came after a new Russian law imposed limits on how local staff can work at foreign diplomatic missions. The Kremlin then accused Washington of fueling tensions with "unfriendly actions."

Tensions between the two countries heightened when the U.S. said in April that it was "increasingly concerned" by Russian troop movements on its border with Ukraine. U.S. Secretary of State Antony Blinken said that the U.S. is considering enhancing security assistance to Ukraine when he met Ukrainian President Volodymyr Zelensky on Thursday.

May 12 will mark 100 days since Myanmar's military takeover. The country has been in constant turmoil since then, with protests and marches taking place on most days.

At a meeting in Jakarta, Indonesia in April, leaders of the Association of Southeast Asian Nations (ASEAN) reached a consensus on five points toward resolving the crisis in Myanmar. It included starting a dialogue and ending violence, allowing humanitarian help in the country, releasing political prisoners, and appointing a special ASEAN envoy to facilitate mediation of the dialogue process. Myanmar military leader Min Aung Hlaing also attended the meeting.

In a recent interview with Chinese media Xinhua, the spokesman for the Myanmar military and the State Administration Council (SAC) Zaw Min Tun said that a solution to the Myanmar issue can be worked out in the "Association of Southeast Asian Nations (ASEAN) way."

However, Myanmar's military said on Friday that it would not agree to a visit by an ASEAN envoy until it could establish stability.