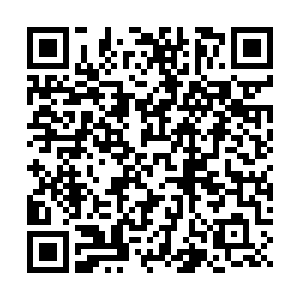 China vowed Wednesday to continue to push the United Nations Security Council (UNSC) to take actions on calming the situation in East Jerusalem, while condemning the violence against civilians.

Chinese Foreign Ministry Spokesperson Hua Chunying said during a regular news conference that China has taken over as president of the UN Security Council for the month of May and hosted an emergency UNSC meeting on Monday to discuss the situation in East Jerusalem.

China and other relevant countries circulated a draft Security Council presidential statement to the press, which has won support from the vast majority of countries, Hua added.

However, the UNSC failed to issue a joint statement with diplomats saying the U.S. believed public comments would be counterproductive. 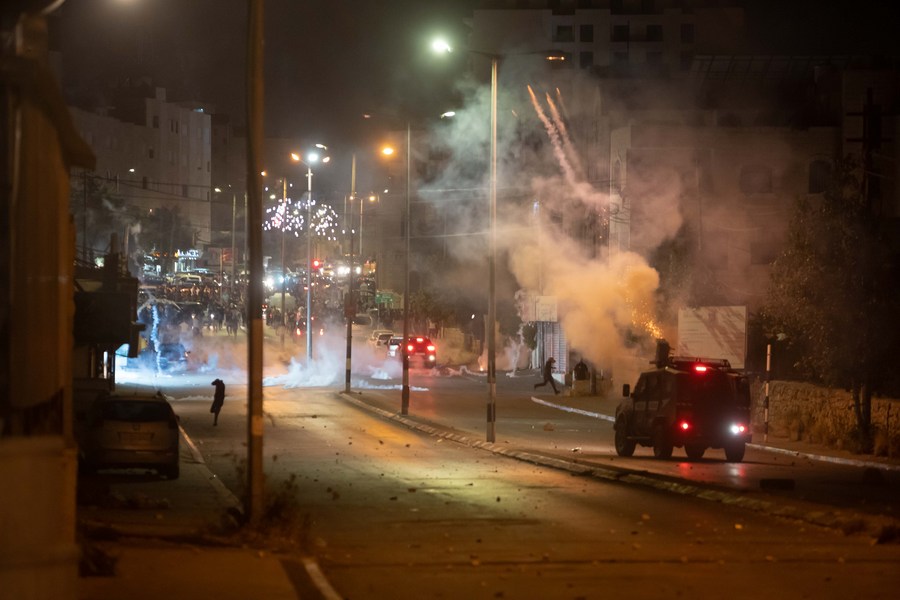 An Israeli military vehicle fires tear gas canisters at Palestinian protesters during an anti-Israel protest against the violence in Jerusalem, in the West Bank city of Bethlehem, on May 10, 2021. /Xinhua

An Israeli military vehicle fires tear gas canisters at Palestinian protesters during an anti-Israel protest against the violence in Jerusalem, in the West Bank city of Bethlehem, on May 10, 2021. /Xinhua

"China calls on all parties to refrain from provocative words and actions and to take actions conducive to reducing violence, realizing a 'soft landing' of the situation and promoting the restoration of peace and stability on the ground as soon as possible," Hua said.

She added that China believes, in the face of the current tensions, the Security Council should reiterate its commitment and unwavering support to the two-state solution, support the efforts to cool down the situation and fulfill its responsibility to maintain international peace and security.

Israeli airstrikes have killed at least 26 Palestinians in Gaza since Monday afternoon. At the same time, at least 300 rockets have been fired by Gaza militants at southern Israel.

The escalation resulted from days of clashes at East Jerusalem's Al-Aqsa Mosque compound between Palestinian protesters and Israeli security forces, in which hundreds of Palestinians were wounded.

The Palestinians protested Israel's restrictions on their prayers at the compound during the holy month of Ramadan and its plan to evict some Palestinian families from a neighborhood in East Jerusalem.

Requested by China, Tunisia and Norway, the UNSC will hold another urgent meeting over the issue late on Wednesday.

Special Envoy of the Chinese Government on the Middle East Issue Zhai Jun on Wednesday also met diplomatic envoys of Arab states in China and the head of mission of the League of Arab States to China.

After hearing the Arab side's brief on recent Palestinian-Israeli conflict and the relevant resolutions adopted by the Arab League and the Organization of Islamic Cooperation, Zhai reiterated China's support for the establishment of an independent and fully sovereign state of Palestine based on the 1967 borders, with East Jerusalem as its capital.