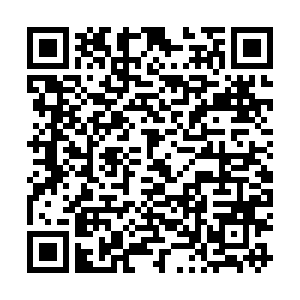 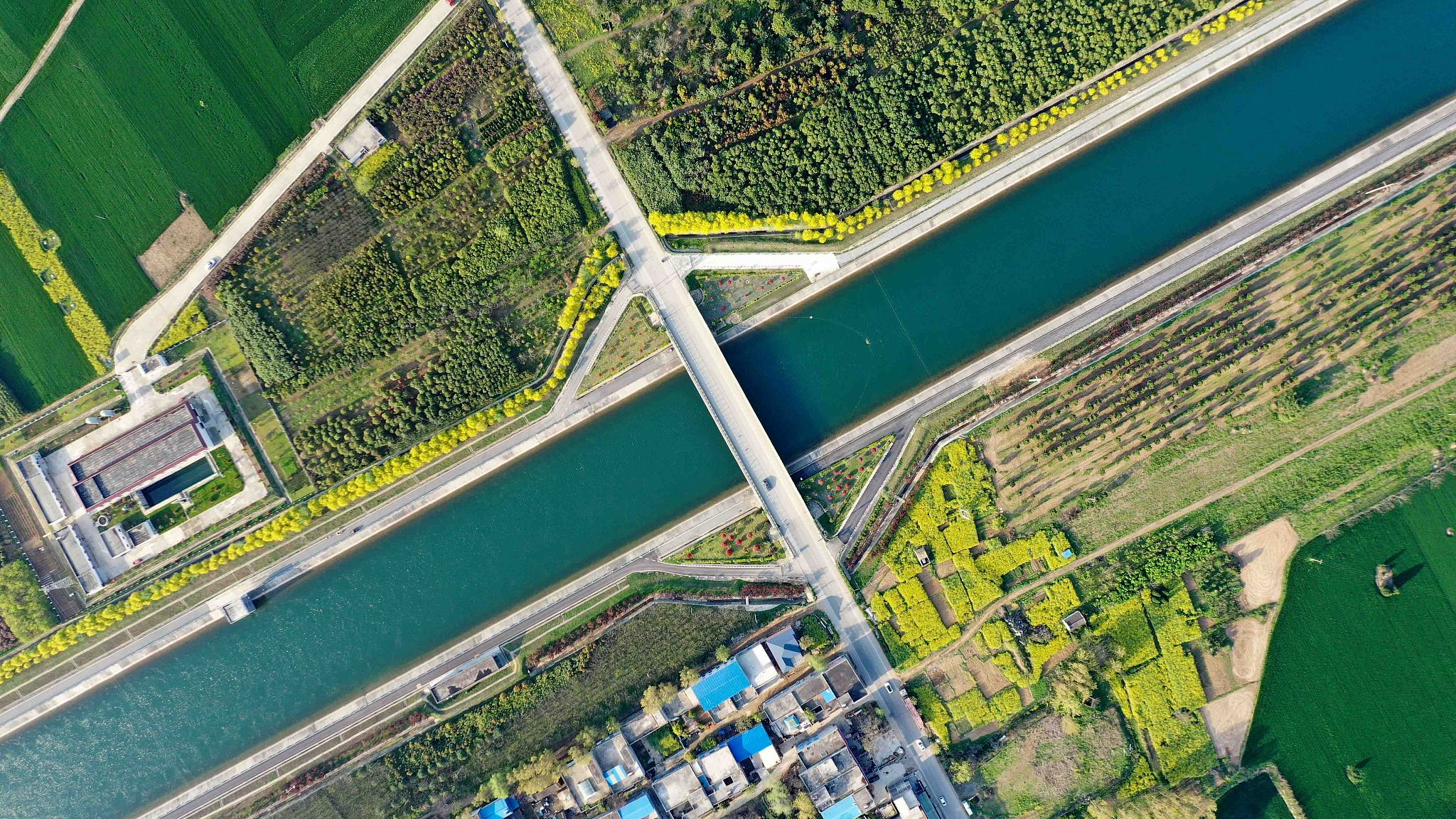 China will press ahead with the world's largest water diversion project and prioritize water conservation in the process.

As the country pursues green and high-quality development, efforts should be made to advance the South-to-North Water Diversion Project in a scientific manner and promote the effective and economical use of water resources, Chinese President Xi Jinping said Friday.

Xi made the remarks at a symposium on advancing the high-quality follow-up development of the project in Nanyang, central China's Henan Province, following an inspection tour that began on Wednesday.

He called for safeguarding ecological security and promoting balanced spatial distribution of water resources in the country. 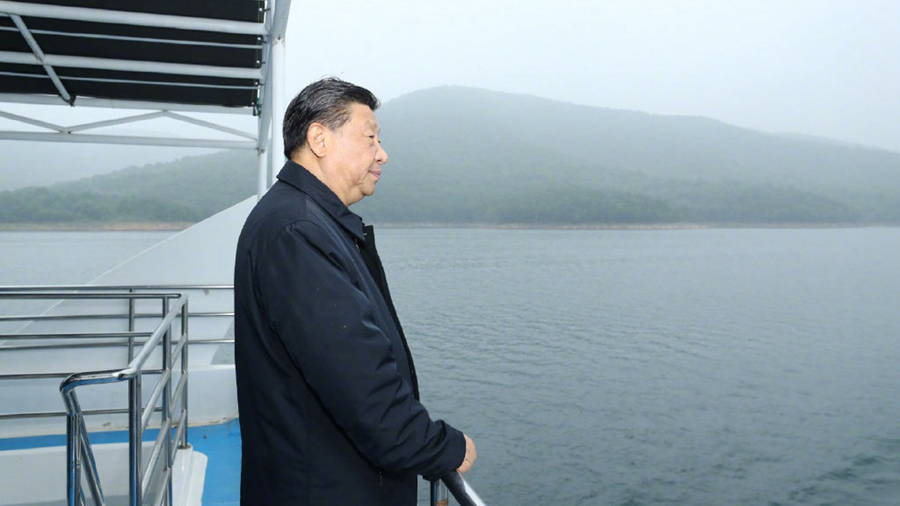 The South-to-North Water Diversion Project links the Yangtze River, the Huaihe River, the Yellow River and the Haihe River. It is aimed at providing a permanent solution to the water shortage in northern China by diverting water from the country's water-rich southern regions.

The grand project consists of three routes, among which the first phase the eastern and middle routes went into operation in 2013 and 2014 respectively. The western route is still at a pre-construction stage.

As of early April, the project had transferred 41.8 billion cubic meters of water to the northern areas, which was equivalent to the water volume of nearly 3,000 West Lakes – a renowned scenic area in Hangzhou in east China's Zhejiang Province. More than 120 million people had directly benefited from the project. 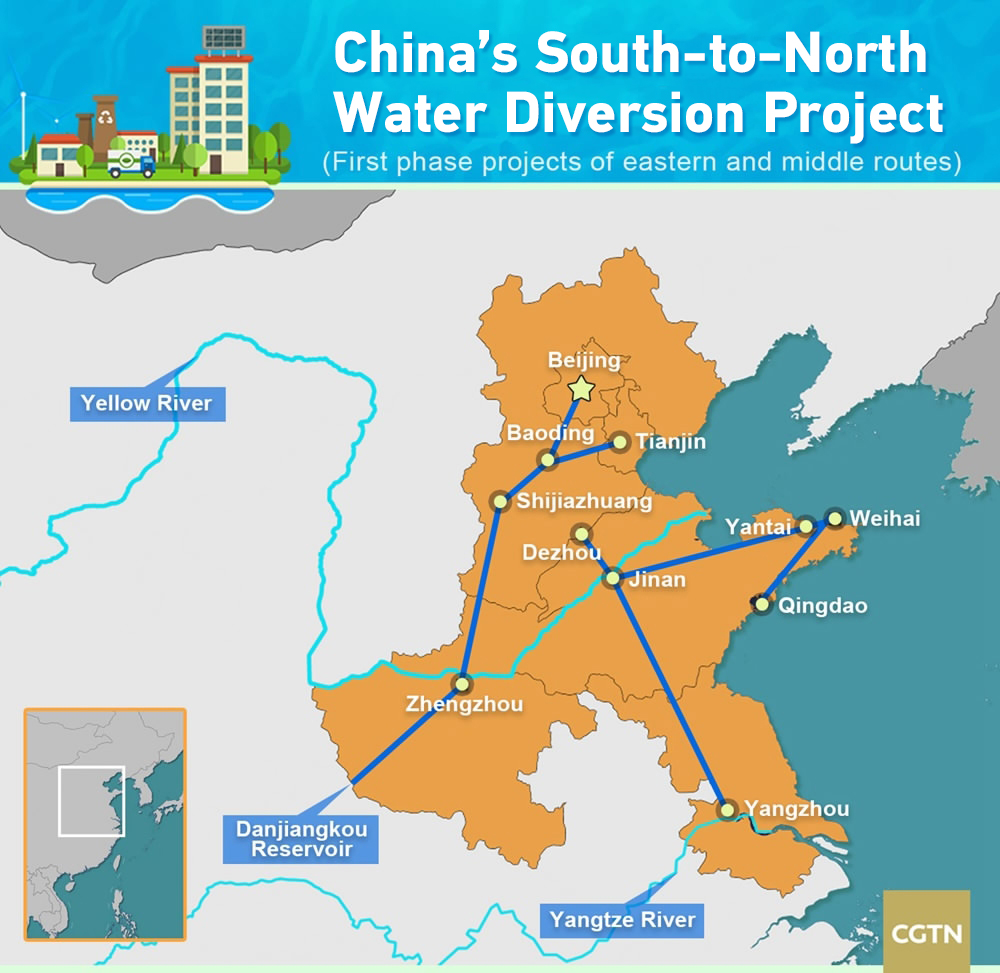 Xi's inspection tour and the symposium came at a time when China gears up for planning and implementing the next stage of the project. According to the Outline of the 14th Five-Year Plan (2021-2025) for National Economic and Social Development and the Long-Range Objectives Through the Year 2035, efforts will be made to advance the follow-up development of the eastern and middle routes of the project and the appraisal of plans for the western route.

The place where President Xi chose to convene the meeting is of great significance to the water diversion project. Located in the southwest of Henan Province bordering Hubei Province, Nanyang is the starting point of the middle route, which carries water from Danjiangkou Reservoir in central China through Henan and Hebei provinces all the way to Beijing and Tianjin in the north.

More than 40 big and medium-sized cities receive water from the project, and in Beijing, around 70 percent of the tap water is pumped in through the middle route. 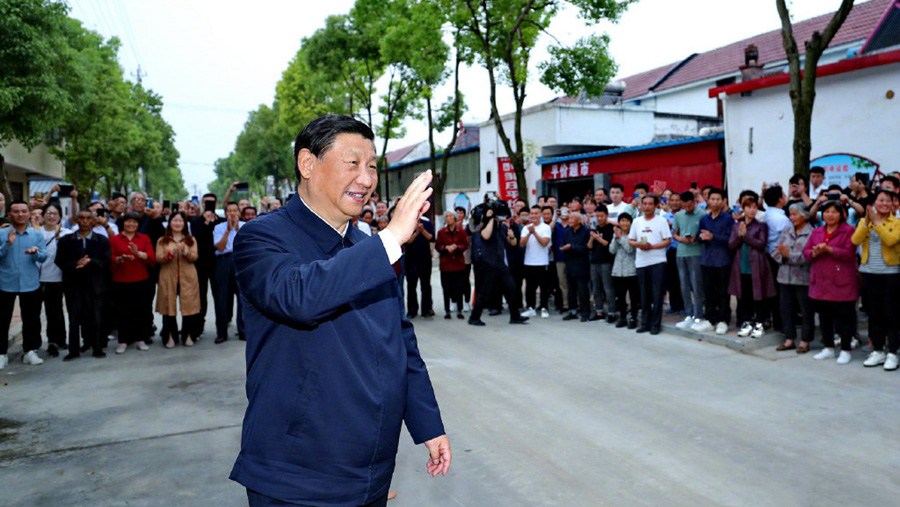 More than 345,000 people living in Danjiangkou Reservoir area have moved to more than 600 government-built villages to make way for the project. Xi went to one of those villages to visit the relocated residents on Thursday.

In the village of Zouzhuang in Xichuan County, he hailed the spirit of sacrifice of the villagers and wished them a better life. The resettled residents deserve the thanks from those who benefit from the project and people across the nation, he said.

At Friday's symposium, Xi urged authorities to work out economical plans for the next phase of the project and minimize the number of people that need to be relocated.

During the three-day tour, he also visited a memorial facility dedicated to Zhang Zhongjing, a famous Chinese pharmacologist and physician of the Eastern Han Dynasty (25-220), and called for efforts to further develop traditional Chinese medicine.