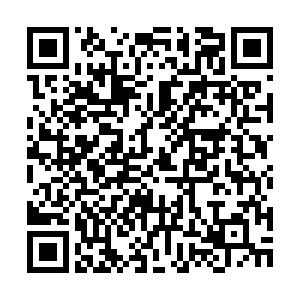 Joe Biden, president of the United States for a little under four months of a four-year term, has already put forward $6 trillion spending plans that would be among the most transformative in his country for decades if put into practice.

Why the hurry from a man known for caution? 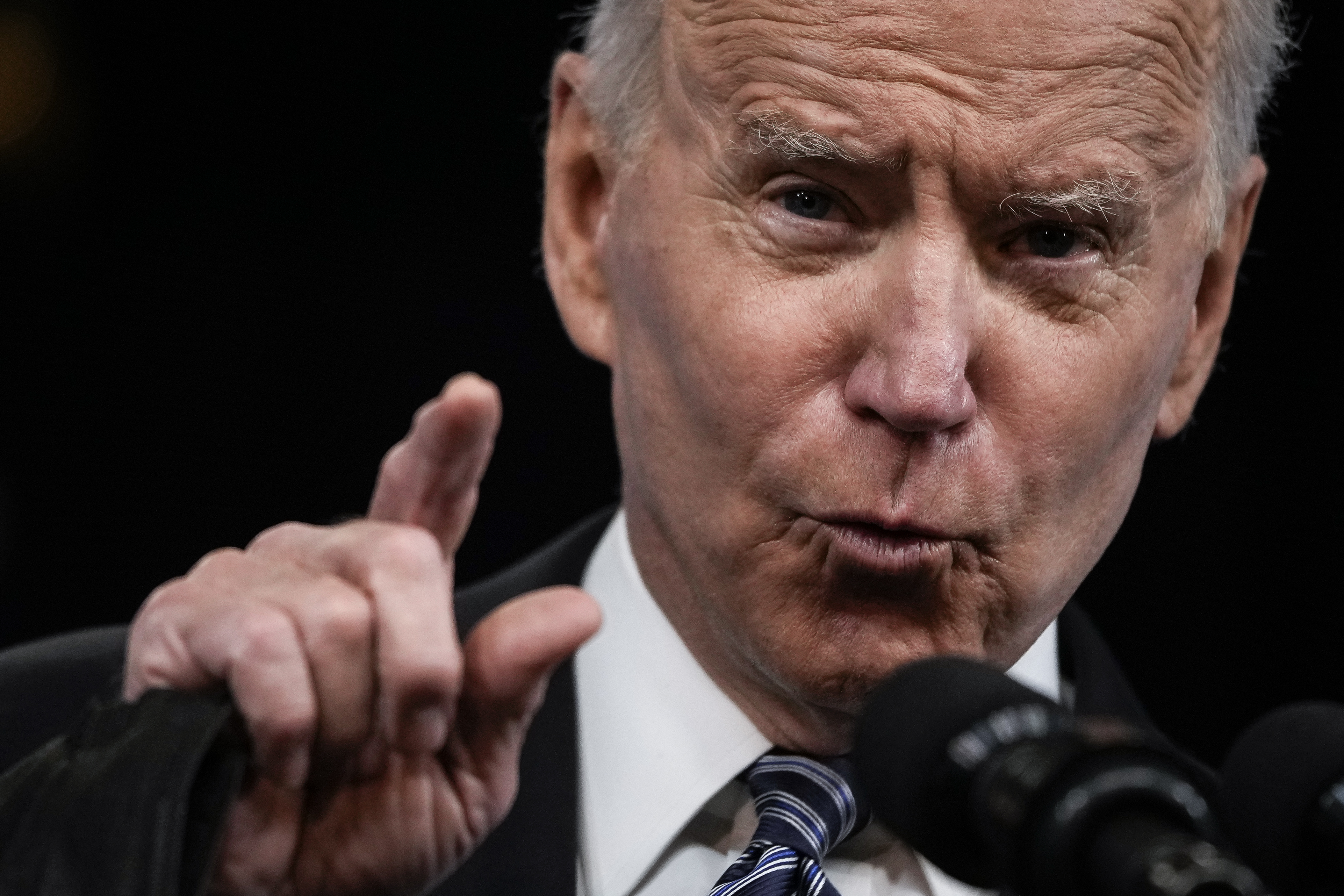 U.S. President Joe Biden delivers remarks on the COVID-19 response and the ongoing vaccination program at the Eisenhower Executive Office Building on May 12, 2021 in Washington, D.C. /Getty

U.S. President Joe Biden delivers remarks on the COVID-19 response and the ongoing vaccination program at the Eisenhower Executive Office Building on May 12, 2021 in Washington, D.C. /Getty

The U.S. needs the investment, to reenergize the economy, to rebuild human and traditional infrastructure, and to attempt to level up some of the inequities in society –  so there's a clear argument that there's simply no time to waste.

But the speed and ambition of Biden's proposals point to another reality of U.S. politics: polling and historical data trends suggest that the window for the still new president to pass major legislation will be almost closed within six months.

Why? The separation of powers in the U.S. system together with its inequities and the current extreme polarization mean passing substantive legislation is only realistic when, as now, the same party controls the White House and both houses of Congress.

The phenomena of the permanent campaign adds to a lack solidity – both at the presidential level and, perhaps more importantly for the two-year term members of the House of Representatives, who are perennially fundraising or stomping for their next election.

Central to the issue for Biden is the 2022 midterms. Primaries to determine candidates will soon begin – some statewide elections take place this year – so campaigning is already ramping up.

Should the Democrats maintain control of Congress, Biden may get a second bite of the legislative cherry in his third year in office, though that period is likely to be dominated by questions over his plans for the 2024 elections. But while there are unique circumstances in the pandemic era, historical trends and contemporary polling data suggest he's fighting against the tide.

At a time of heightened polarization, the ongoing COVID-19 pandemic and the major economic stimulus, there are many uncertainties that could make 2022 very different from the past. But the historical trends are clear – the party that holds the presidency loses ground in the midterms.

Over the past 100 years, the party in control of the White House has made a net seat gain in both houses in only two midterm elections: in 1934, in the midst of the Great Depression and the start of Franklin D Roosevelt's New Deal; and in 2002, following the September 11 attacks. 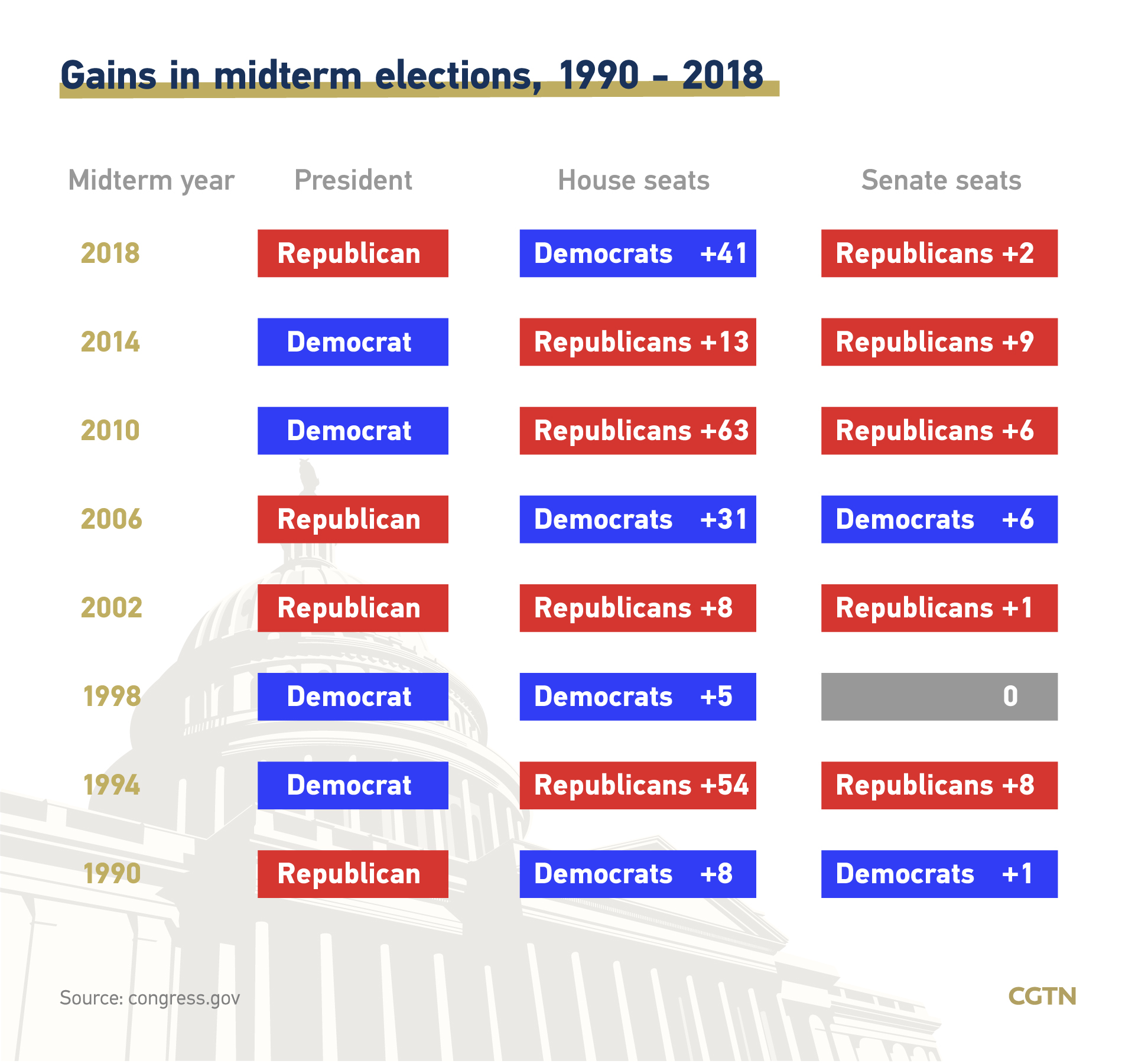 Biden is, with the help of Chief of Staff Ron Klain, positioning himself as an heir to Roosevelt, and will be hoping to ape the three-term president in his first set of midterms (the Democrats suffered big losses in the midpoints of Roosevelt's second and third terms).

Another notable historical trend is the timing during an administration in which major policy is passed through Congress. Major legislation driven by the White House tends to be tackled at the beginning of an administration because control of Congress is often lost, and the lack of bipartisanship in Washington today has intensified that pattern.

Even with the narrow advantages the Democrats hold now in the Senate and House of Representatives, Biden was forced down the "reconciliation" route – a process by which a simple majority can pass law in the Senate on budgetary matters, avoiding the 60 votes needed to overcome a filibuster – on his $1.9 trillion COVID-19 relief package.

For context, when the contentious Affordable Care Act was passed in 2009, the Democrats had 60 votes (including two independents) in the Senate – enough to override a filibuster. Now the party has 50. It had 257 votes in the House of Representatives, now it has 219.

The party's in a weaker position, and trying to do more – so will likely squeeze as much use out of the reconciliation process as it can get away with.

2022 should favor the Republicans

The 2022 midterm elections are still 18 months away, but time is nevertheless tight before campaigning and fundraising overtake legislating.

The Republicans may look to be in trouble, with Trump loyalists pushing out traditionalists, internal squabbles and little sign of policy positions, but polling trends indicate the party is nevertheless at a good starting point to retake both houses – a result which would kneecap the ambitions of the Biden presidency.

The margins are incredibly tight after the Democrats underperformed the polls in 2020. The parties are currently tied 50-50 in the Senate, and the Democrats have a majority of just seven in the 435 House of Representatives after a surprise loss of 13 seats in 2020. 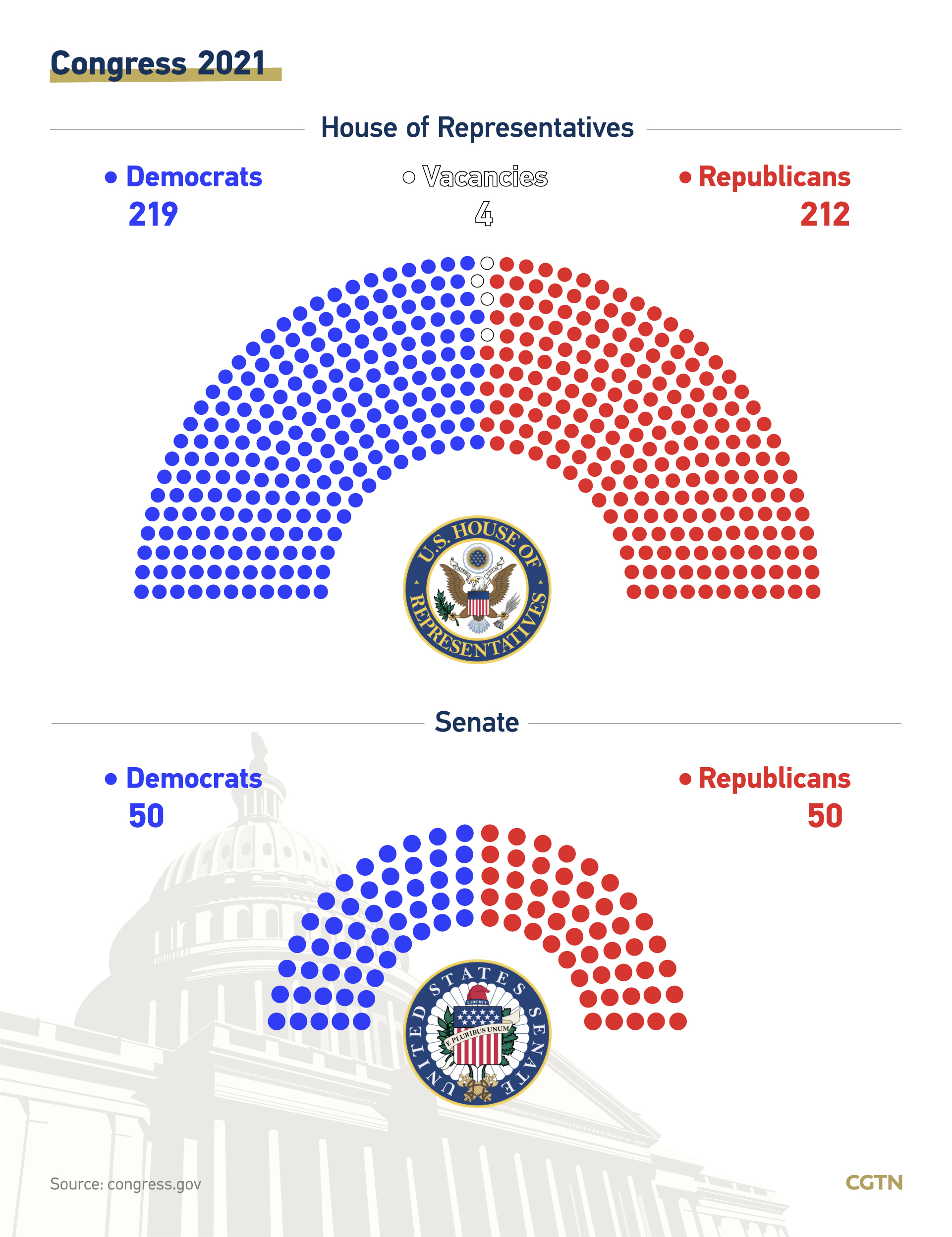 The Democrats therefore have little margin for error – and as noted above, the midterms nearly always punish a president's party. Over the past 40 election cycles, that party has lost an average of 33 seats in the House of Representatives in midterms according to the University of Virginia's Center for Politics. The Senate is a little different because only a third of seats are up for election in each cycle, and the Democrats have some flippable targets in 2020.

The limited early indicators suggest the trend in the House could well continue in 2022, despite Biden maintaining a much higher approval rating than his predecessor and polls suggesting his headline policies have majority support.

The modern day exceptions to the midterm loss pattern, Bill Clinton in 1998 – the Democrats had a net gain in House seats but not Senate, and Republicans retained control of both chambers – and George W. Bush in 2002 were both riding high in approval ratings at the time of the midterms.

Bush had a net positive of 40 with Gallup, while Clinton's approval was booming after his unpopular impeachment on positive 35. Even in his current honeymoon period, Biden only scored a positive 17 in April.

The latest YouGov and NBC generic ballot polls – in which respondents say which party they would vote for today – aren't happy reading for the party either.

The pollsters give the Democrats seven- and five-point advantages, respectively, in the generic ballot but that number was between seven and eight on average in the final days of the 2020 elections, which resulted in net Republican gains. CNN's Harry Enten argued in April that given how wrong the generic ballot was in 2020, the Democrats' lead now could really translate into a narrow Republican win. 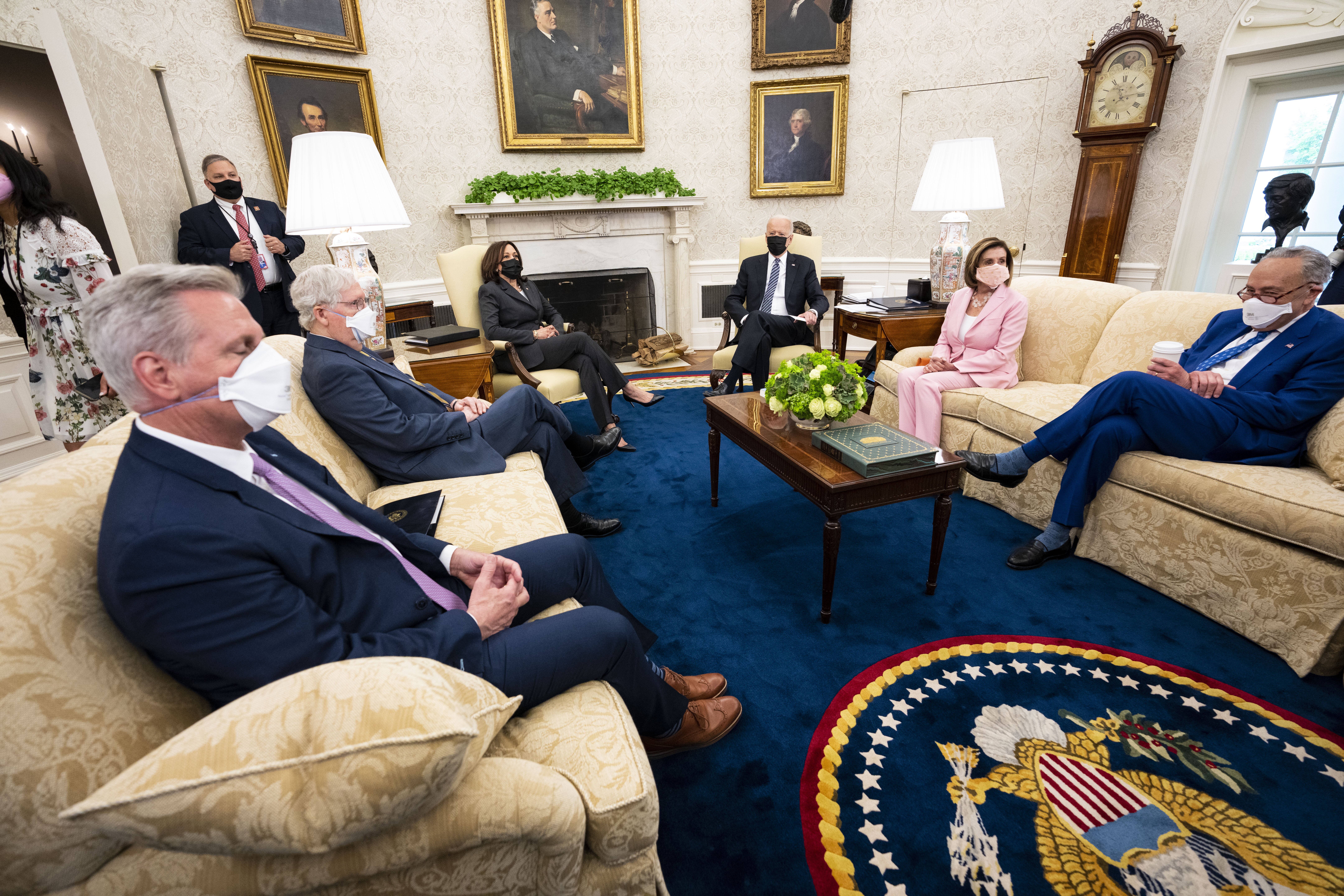 Gerrymandering, the redrawing of districts by the party in power to its benefit, is another advantage for Republicans in this election cycle. The Cook Political Report gives the party a net gain of four House seats purely from redistricting, the rules for which vary by state but can be highly partisan.

Notably, midterms attract lower turnout than elections in presidential years, and the party out of the White House has tended to have had an advantage in getting people to the polls. A bright spot for Democrats can be found in an April Morning Consult poll, however, which suggested the party's supporters were nine points more enthusiastic about voting in 2022 than Republicans.

Of course, there are other issues afoot, including restrictive new voting laws. And while some of the Biden plans can in theory be passed by reconciliation, there are centrist Democrats who may yet balk at the scale of his proposals and are unlikely to bend to calls to end the filibuster.

The historical and polling trends don't mean the Democrats can't win – there are unique circumstances going into the 2022 cycle which could help the party – but they do help explain the aggressive ambition of Biden's plans, and why he is unlikely to waste much time seeking bipartisan agreement if there aren't good faith negotiations.

The president has a rapidly narrowing window to confidently hope to pass much of his agenda – if he is to realize even watered-down versions of his plans, he has no choice but to move fast.