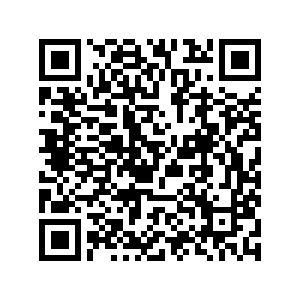 After retirement, Qin Xiaosi sought entertainment that enriched his life. He came upon a traditional Chinese toy called huarongdao, or the Chinese variant of Klotski, a sliding block puzzle that uses long-term strategies to move a specific block to a predetermined position. Qin was fascinated and soon committed himself to mastering the game.

Now 78, Qin has been studying huarongdao puzzles for more than a decade. He says he never tires of the game and has even come up with new ideas to give the game more variety.

The toy is believed to be particularly beneficial for the elderly, a fast-growing population in China. According to the seventh national population census of 2020, which was released last week, China now has 264 million people aged 60 and above, accounting for 18.7 percent of the total population. The demographic share of the elderly is also projected to rise to 30 percent by 2040. 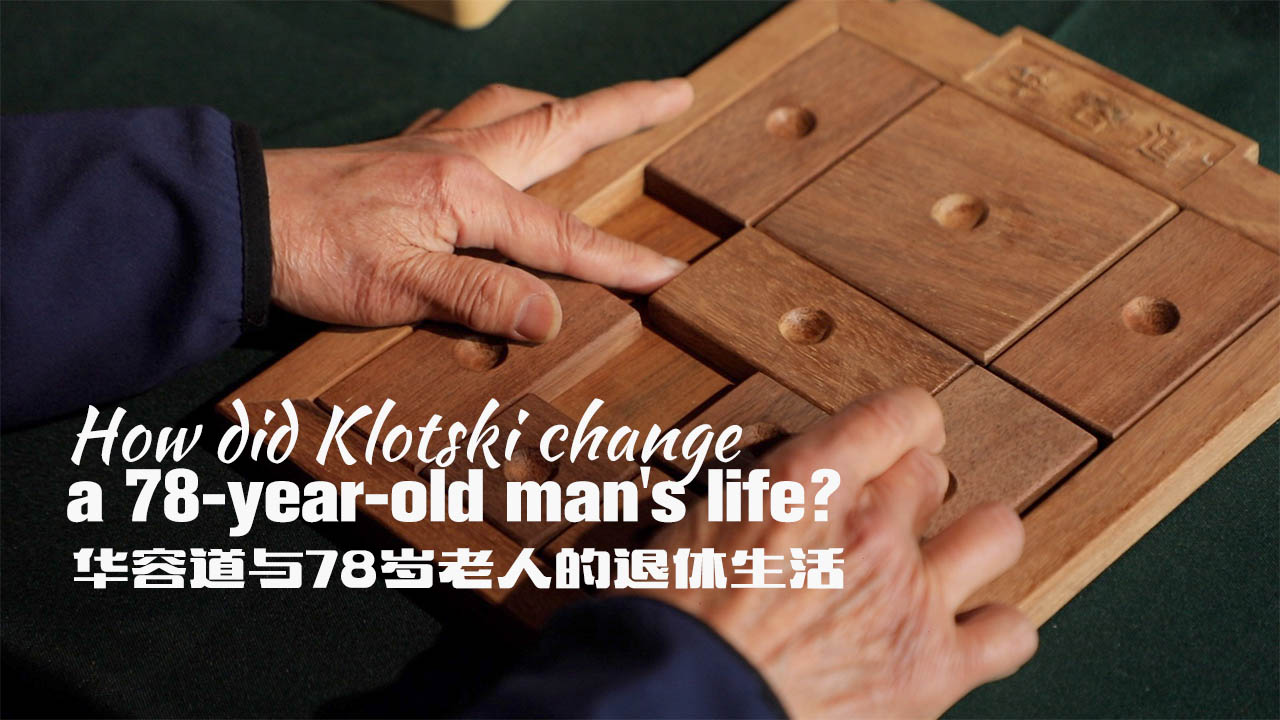 The current gray wave has shifted the eldercare focus from just physical health to also including mental health and acuity among the elderly. Studies show that regular mental activities can improve brain fitness, including memory and attention span and information-processing skills that deteriorate as the brain ages.

"I don't feel like a 78-year-old man when I'm playing the game," he said. "Having drowned myself in the tireless process of cracking one puzzle after another, my brainpower is not deteriorating but rather improving. I think there is now a big gap between my biological age and my psychological age."

The many benefits of huarongdao have motivated Qin to promote the game among seniors. He has been invited to a toy store for the aged, one of a handful in the country, to teach elderly customers how to play the game.

He has been well received. 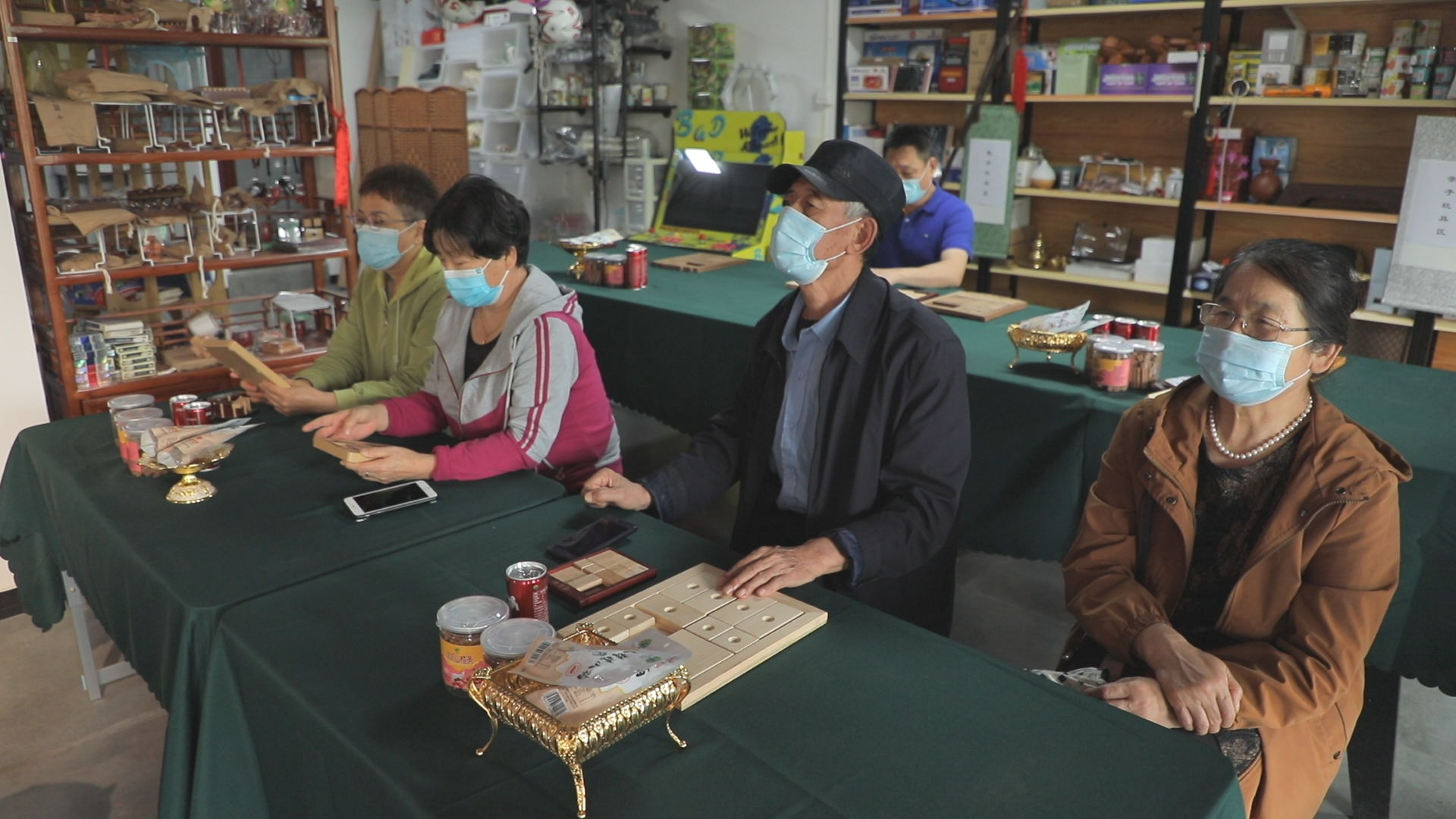 Huarongdao is a traditional Chinese game beloved by senior Chinese, in Beijing, China, May 16, 2021. /CGTN

Huarongdao is a traditional Chinese game beloved by senior Chinese, in Beijing, China, May 16, 2021. /CGTN

"I've been coming here ever since the store opened," said 70-year-old Zhou Jingrong, a regular customer. "This is where I interact with other seniors. We often play poker and billiards here."

The store is filled with toys, ranging from classic old games to those designed for children, and doubles as a venue for seniors to socialize.

Song Delong, owner of the store, said the toys are carefully selected to meet the unique needs of his clientele.

The classic games can trigger nostalgic feelings among seniors, and some children's games, such as puzzles and electronic toys, are easy to play, Song said.

"I also classify others, such as the interesting tools used to grow plants, as toys for the elderly, as long as they help seniors to pass the time."

Despite their current use, none of the toys in Song's store were made to target the elderly market. According to Song, he can only use his imagination to create a new catalog and source items for the store. 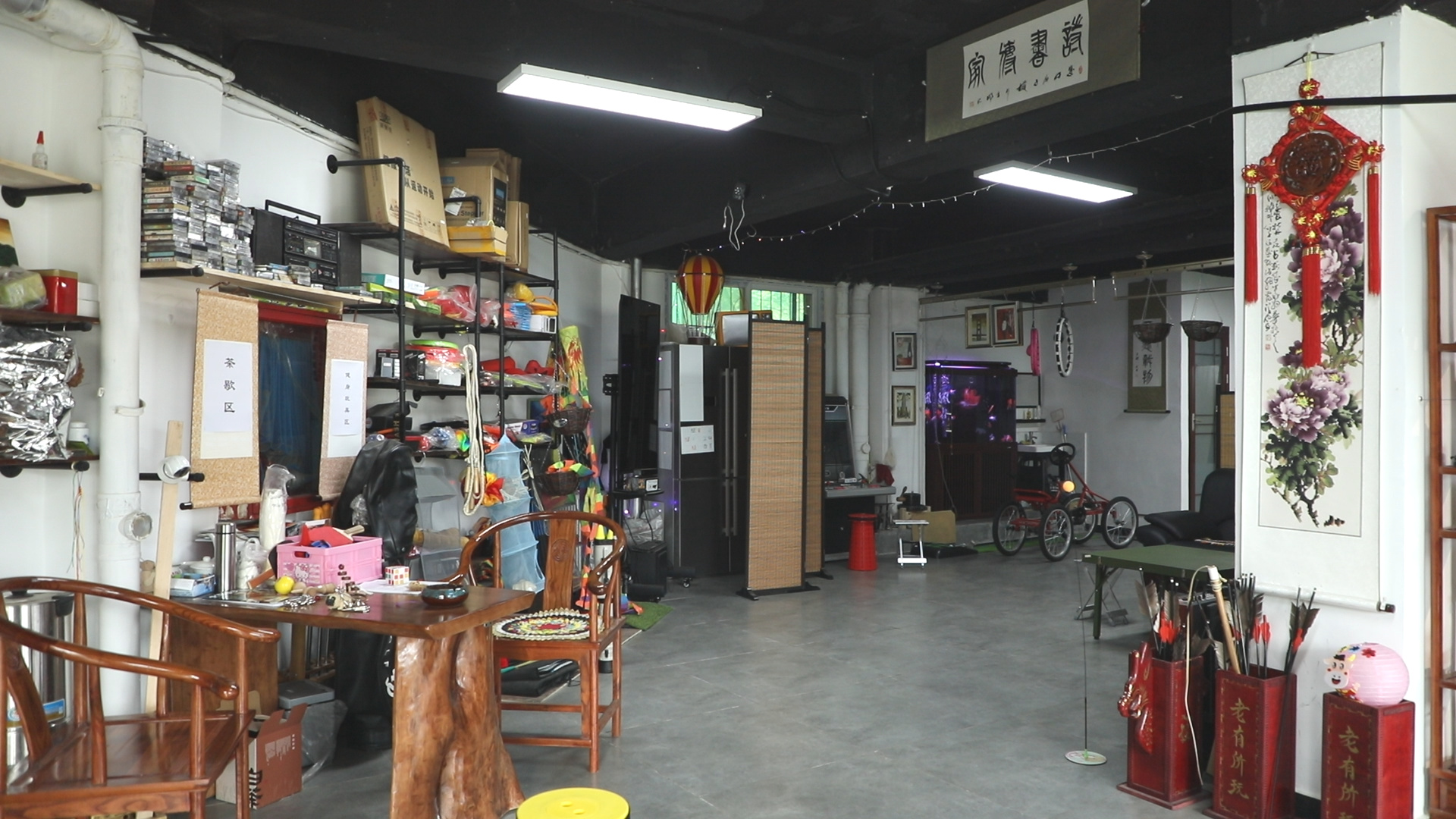 The toy store is filled with toys ranging from classic games to those designed for children and doubles as a venue for seniors to socialize, in Beijing, China, May 16, 2021. /CGTN

The toy store is filled with toys ranging from classic games to those designed for children and doubles as a venue for seniors to socialize, in Beijing, China, May 16, 2021. /CGTN

However, the need to cater to this sizable population is growing. Nursing homes are turning to AI robots to keep the company of elderly people. Community-based care centers are also catching on, with good quality medical care and recreational facilities, and silver consumers are no longer on the periphery of the market.

Yet while China has a huge toy market in the tens of billions of yuan, toys explicitly designed for the aged are a relatively new phenomenon. Unlike Japan, Italy and other fast aging countries, where such toys account for around 40 percent of the overall market, the sector is still in its infancy in China.

Liu Haiping, a product design student at Beijing Forestry University, is aiming to be among the first to fill the gap.

Liu learned about Alzheimer's Disease (AD), a brain disorder that slowly destroys the memories of many seniors around the world, in a class last year.

"AD is like a ticking time bomb overhanging our society, but toys for the elderly, which can be very helpful in preventing the disease, are scarce or even nonexistent in China," she said.

The soon-to-be college graduate has started her own design project, combining modern technology with game features customized to target the symptoms of AD. 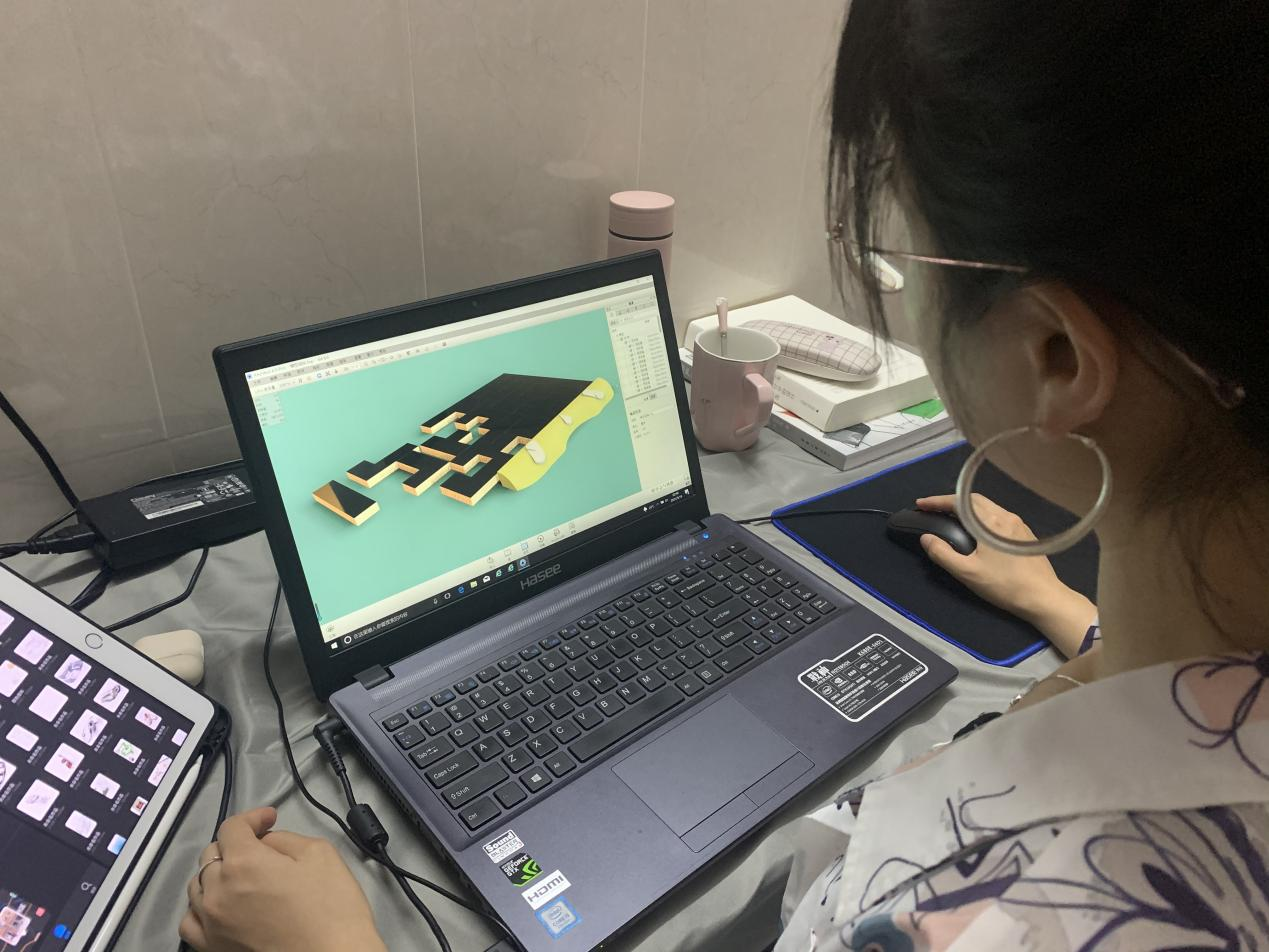 Liu Haiping works on her design on her laptop. /Courtesy of Liu Haiping

Liu Haiping works on her design on her laptop. /Courtesy of Liu Haiping

"Unlike traditional, classic toys that are short of design and capacity to fulfill specific treatment purposes, the ones I'm making have incorporated clinical therapies and developed functions that directly support AD's prevention," she said.

The project is nearing completion and Liu will have to navigate a market that has long been stagnant. Whether playing with toys will become a common trend among seniors or whether the market is ready to embrace games for the elderly remains a huge question.

"There are many alternatives for seniors to entertain themselves," said Han Xiaoyan, a psychological therapist and professor from the School of Social Development at East China Normal University.

"Most of them prefer fishing, playing mahjong or dancing," she told CGTN.

Many seniors still don't realize they can play with toys to benefit themselves, and younger family members are not yet aware of the existence of these playthings for the aged, Song concurred.

But having already received many individual and corporate customers who visit his store just to buy toys for older Chinese, he believes awareness is growing.