A bird lover captured the romantic courtship ritual of a Pied avocet couple in a wetland in east China's Jiangsu Province. During the courting process, which lasted for about five minutes before the mating, the male was circling around the female while scything his bills from side to side in the water. The female lowered her head and raised her tail to gesture her consent. 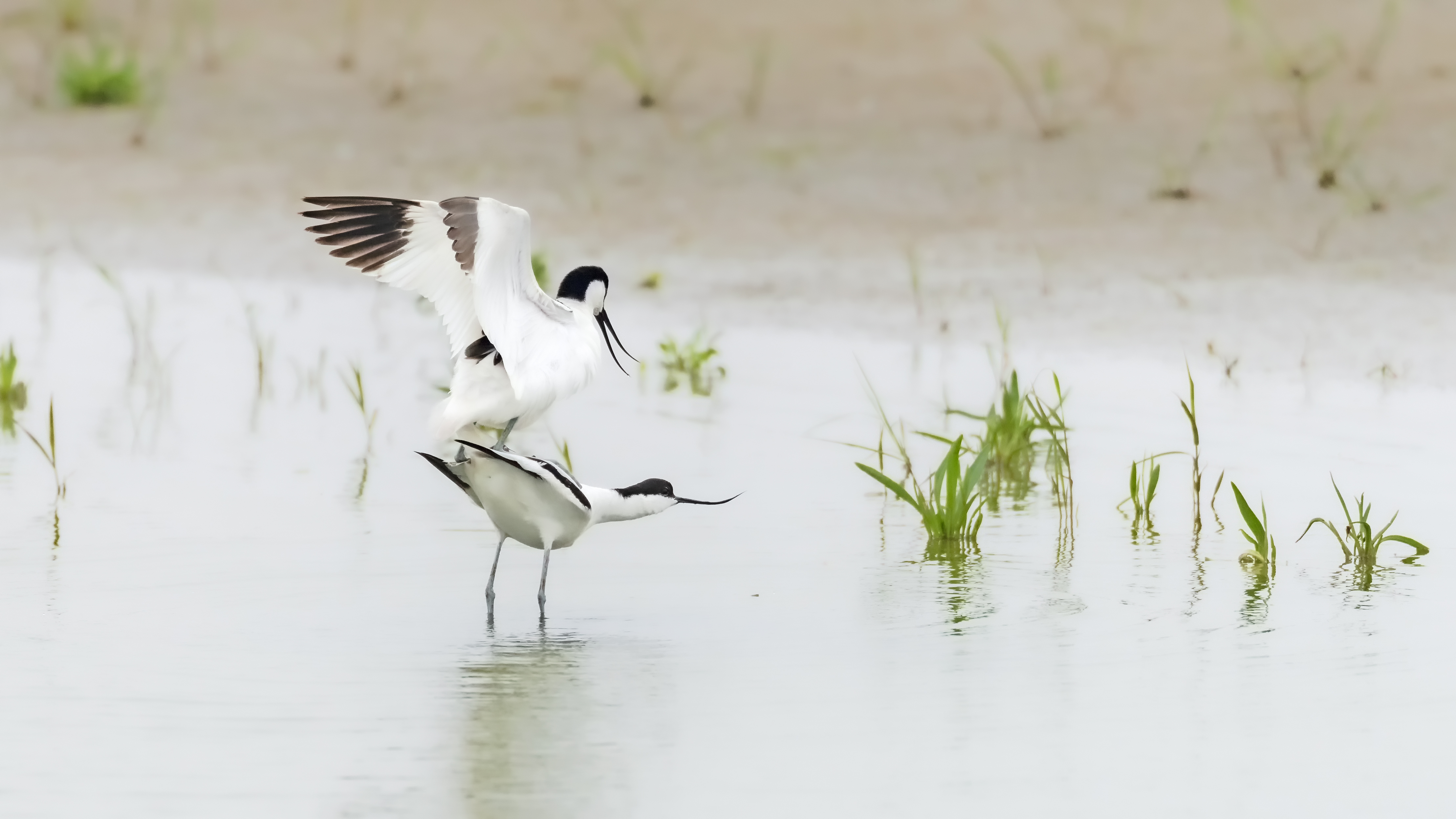 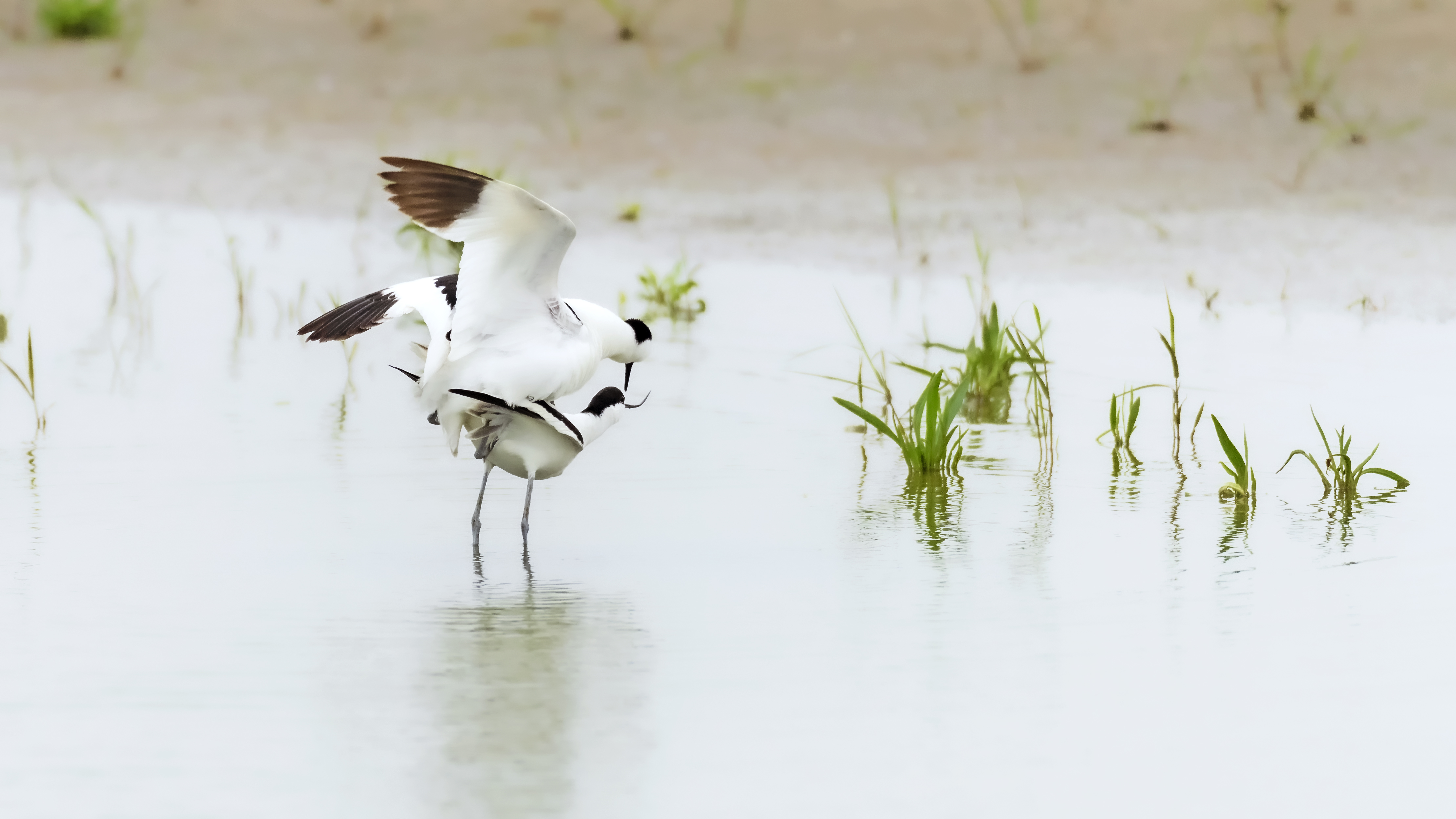 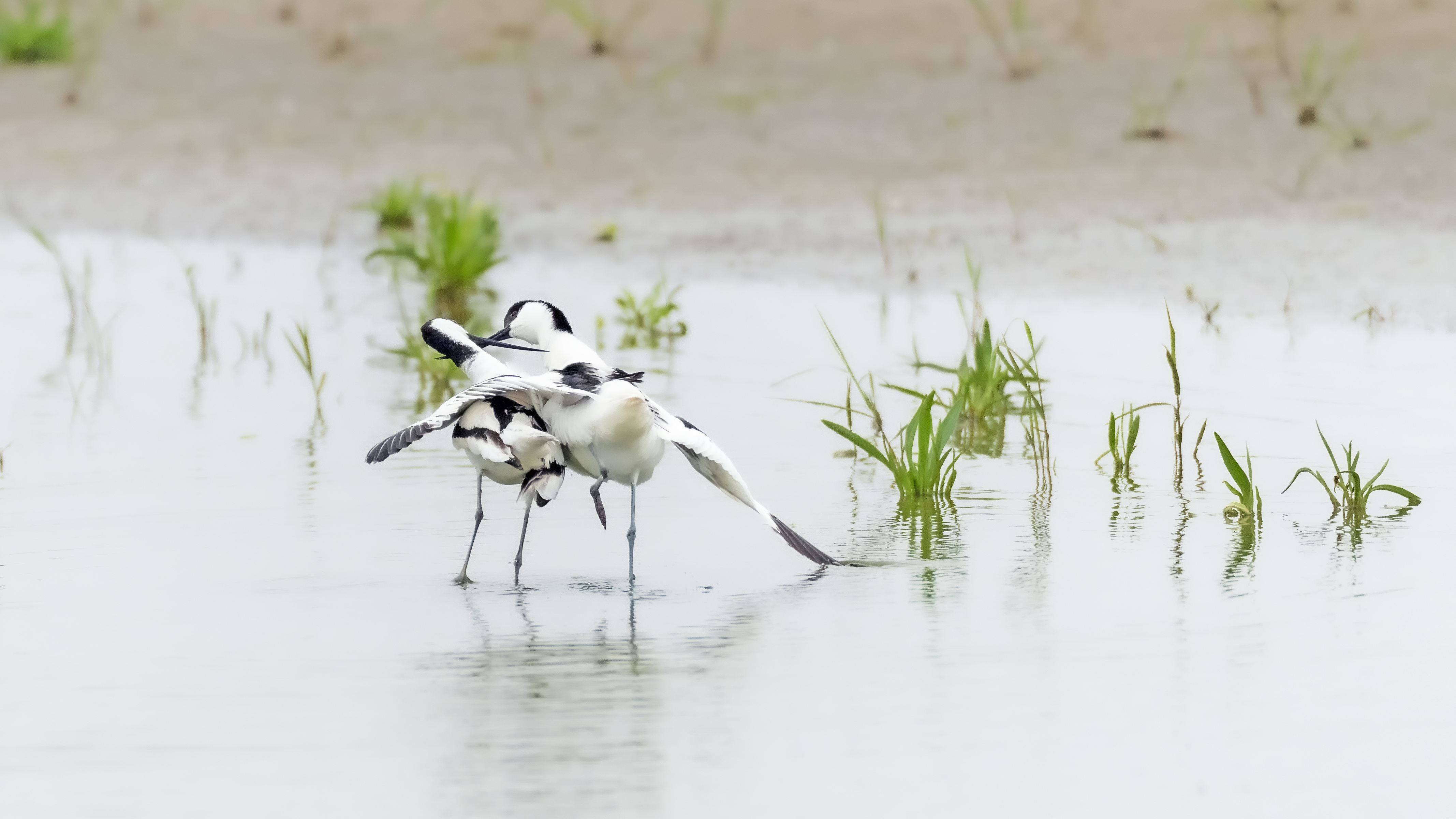 Pied avocet is a large black and white wader in the avocet genus, distinguished by its long and backward-curved bills.

(All images provided by Niu Yingsheng)