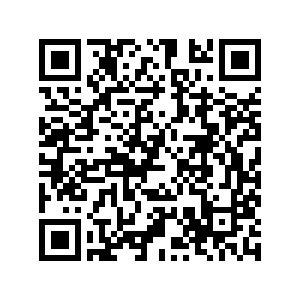 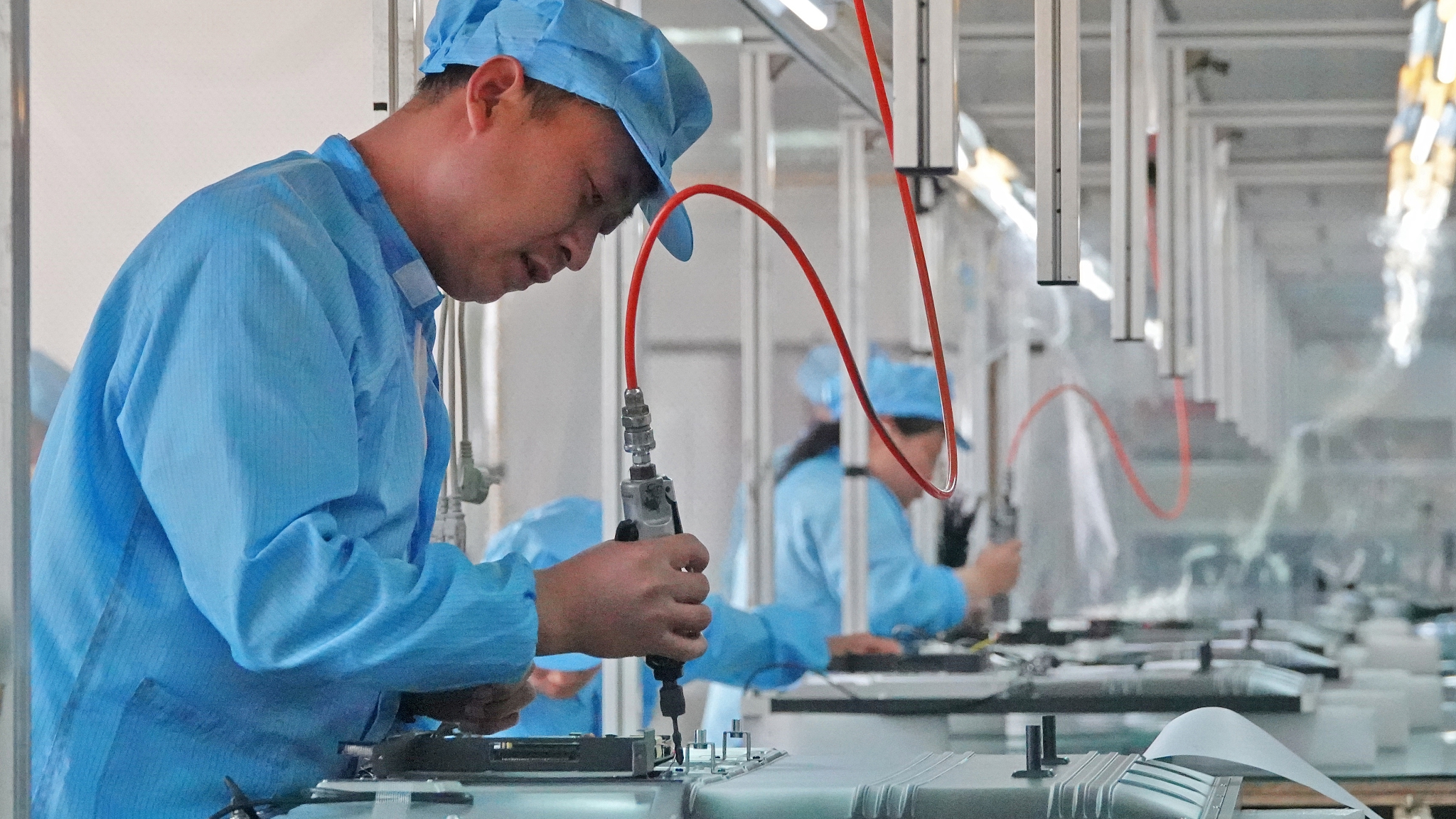 Workers are assembling products in an industrial park in the Taishan Economic Development Zone, east China's Shandong Province, May 29, 2021. /VCG

Workers are assembling products in an industrial park in the Taishan Economic Development Zone, east China's Shandong Province, May 29, 2021. /VCG

The official manufacturing Purchasing Managers' Index (PMI), a key gauge of manufacturing activities, came in at 51 in May, edging down from last month's 51.1, according to the National Bureau of Statistics (NBS).

It was also below a median forecast of 30 economists polled by Reuters who estimated the PMI would remain at 51.1. A reading above 50 indicates expansion in activities, while a reading below reflects contraction. 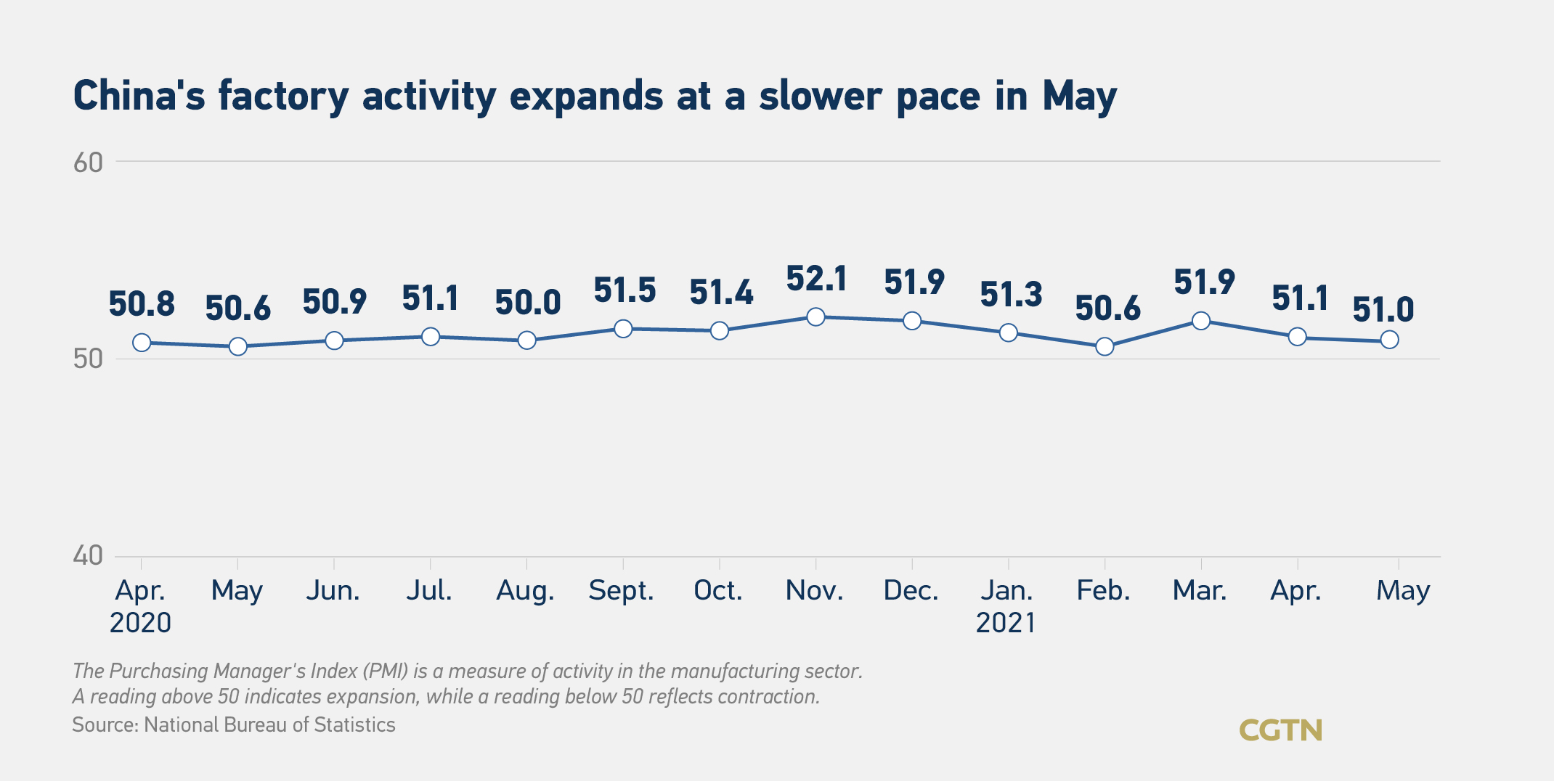 The export order index fell into contraction territory, standing at 48.3 and 2.1 percentage points lower than last month. It reflected a decline in foreign trade in the manufacturing sector, said Zhao Qinghe, a senior NBS statistician.

Lu echoed Zhao, saying that the significant drop in the new orders sub-index suggested weaker sequential momentum in the country's export. He expected weaker exports in the second half of the year.

Prices for commodities such as coal, steel, iron ore and copper have surged this year, and Beijing has been increasingly concerned about runaway commodity prices in recent weeks.

"Despite recovering demand from the U.S. and Europe, many factories had to turn down new orders to minimize their profit loss. It was particularly difficult for small producers as their financing cost is higher than larger ones," Wang Dan, chief economist at Hang Seng Bank China, told CGTN.

"With such rapid price increase in raw materials, many of them had to halt production or shut down. The drop in supply may aggravate the inflation pressure that already existed in the United States," Wang said.

China's non-manufacturing PMI rebounded slightly to 55.2 in May, 0.3 percentage points higher than the April figure, according to NBS.

Wang said the services sector saw stronger recovery in May, lifted by the Labor Day holiday. "The construction sector, mainly housing, saw particularly strong expansion with rising new orders and new hires. We expect that housing market will remain the pillar for domestic demand in 2021."

The rebound is "led mainly by the construction sector, as the government may speed up its fiscal spending on infrastructure investment thanks to the rapid accumulation of fiscal deposits in previous months and warmer weather conditions," Lu echoed Wang.

Zhao, an NBS statistician, said the business activity index among transportation, accommodation, retails, catering and entertainment industries, which were severely constrained by the COVID-19, has been significantly recovered.

"The sub-index for the services sector remained elevated in May, despite moderation from April, in line with the hospitality sector's solid recovery during the Labor Day holiday in early May," Lu said.

The official May composite PMI that includes both manufacturing and services activities rose to 54.2 from April's 53.8, showing a steady expansion trend for the overall production and operation activities of Chinese enterprises.

China's economic growth quickened at a record pace of 18.3 percent year on year in the first quarter, driven by stronger demand at home and abroad. But it moderated in April, as retail sales and industrial output slowed.

"We expect increasing downward pressure on growth in the second half, especially in the fourth quarter of this year, as pent-up demand subsides and exports weaken," Lu said.