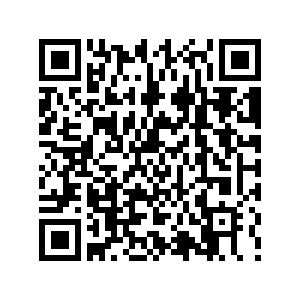 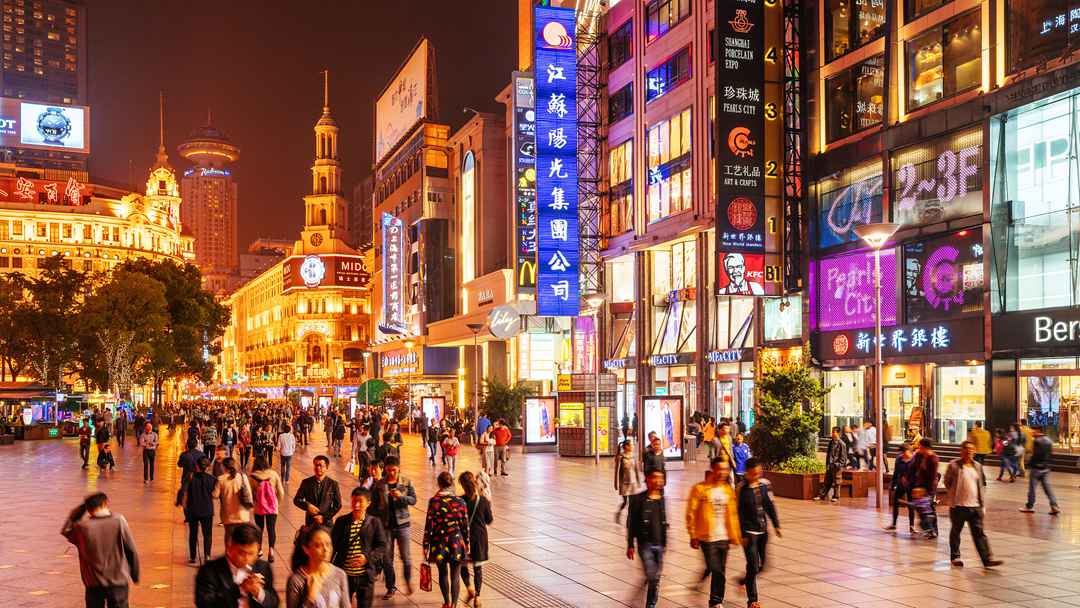 China's economy moderated in April from its record growth in the first quarter as retail sales and industrial output slowed, data from the National Bureau of Statistics (NBS) showed on Monday.

Retail sales of consumer goods rose by 17.7 percent from a year earlier in April, slowing from the 34.2-percent jump registered in March, according to the NBS data. They missed forecasts of a 24.9-percent growth by analysts from a Reuters poll and saw an average two-year growth of 4.3 percent.

Industrial output grew by 9.8 percent year on year in April, down from 14.1 percent in March. It matched expectations from analysts surveyed by Reuters and saw an average two-year growth of 6.8 percent. 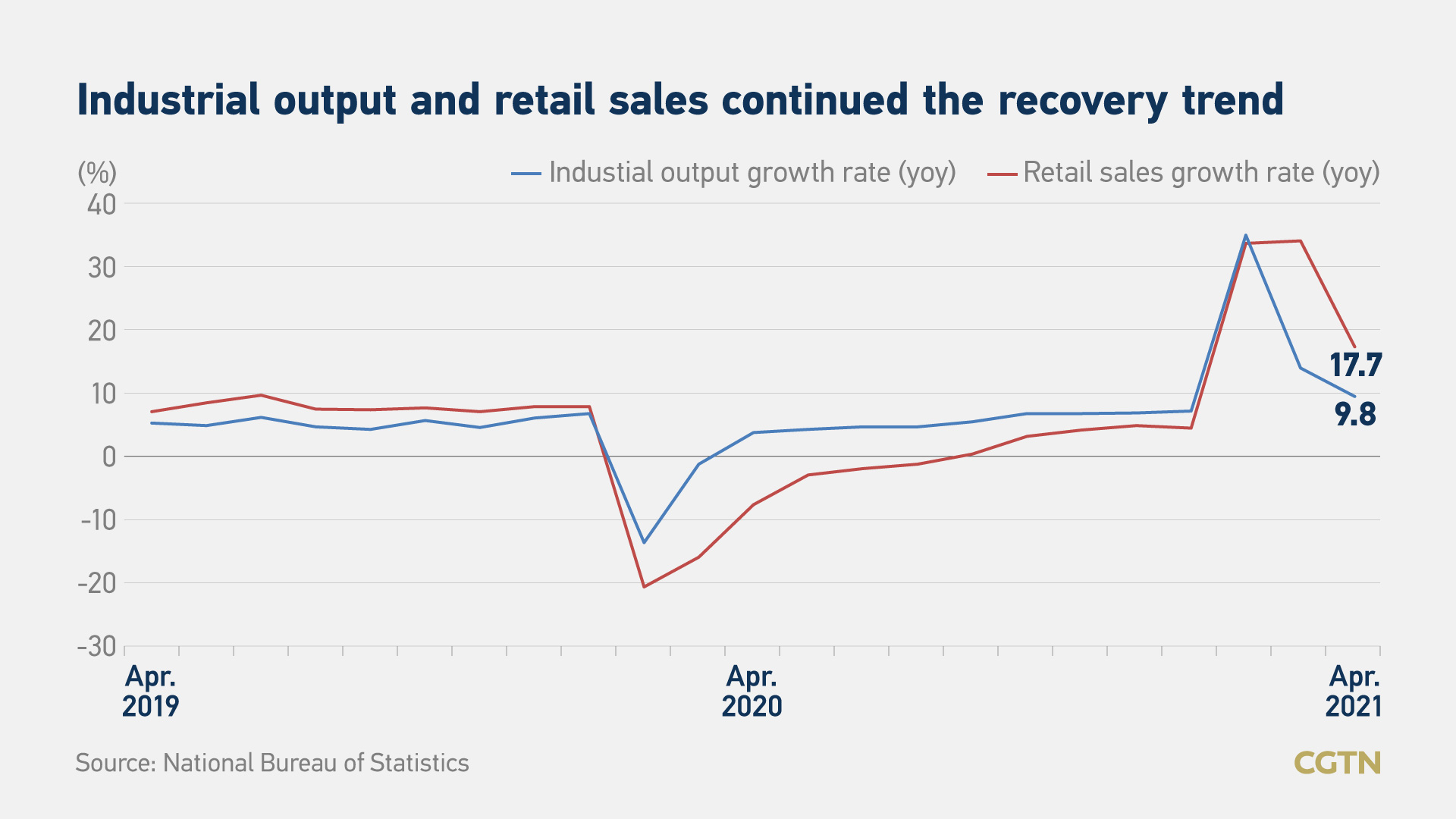 China's economy continued its recovery in April, but new circumstances have emerged, said Fu Linghui, an NBS spokesperson at a news briefing on Monday.

"China's economy is showing signs of unbalanced recovery," Zhang Zhiwei, chief economist at Pinpoint Asset Management, told CGTN. He said the country saw strong exports and domestic investment on the one hand but weak consumption on the other.

Zhang said economic growth likely peaked in the first quarter and expects that it will gradually ease in the coming months.

Recovery in industries hit hard by COVID-19 accelerated in April with the Business Activities Index for accommodation, catering, ecological protection and environmental treatment, culture, sports and recreation between 1.8 and 5.7 percentage points higher than that of the previous month. 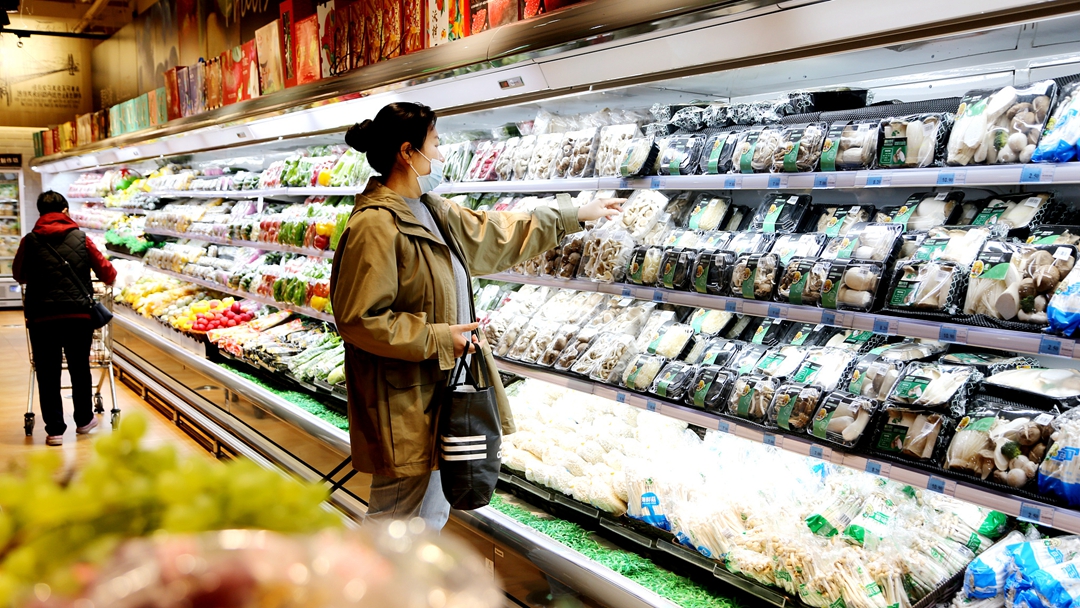 Fu said there is a basis for prices to remain stable throughout the year, as emergency fiscal and monetary policy measures introduced to combat the COVID-19 epidemic are gradually being withdrawn.

In April, the Manufacturing Purchasing Managers' Index stood at 51.1, above the 50 threshold for 14 consecutive months.

Investment in the primary  and high-tech industries and the social sector also grew fast, up by 35.5 percent, 28.8 percent and 26.3 percent respectively year on year, with an average two-year growth of 15.2 percent, 11.8 percent and 10.6 percent.

China's Producer Price Index (PPI), which measures the costs of goods at the factory gate, saw a more-than-expected year-on-year increase of 6.8 percent in April.

"This would alleviate some pressure on the demand side from the surge in raw materials prices."

"With the steady recovery of the economy, employment is expanding and personal income also increased in the first quarter, which is conducive to increasing consumption capacity," Fu said.

However, Zhang said the new COVID-19 cases recorded in the country are likely to be on policymakers' radar.

"The government may put the monetary policy tightening on hold for now and observe the pace of recovery. The probability of a rate hike by PBOC (the People's Bank of China) has declined," Fu said.

(Liu Jiaxin contributed to this story)