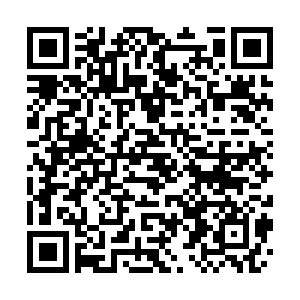 China has made remarkable achievements in fighting corruption since the 18th National Congress of the Communist Party of China (CPC) in 2012. A series of measures have been taken to ensure that officials "do not dare to be, are not able to be, and do not want to be corrupt."

Besides punishing corrupt officials and building systems to prevent corruption, China has put special emphasis on the role of education in its anti-corruption drive.

"To comprehensively govern the Party with strict discipline, we must not only focus on standardizing punishment, but also strictly maintaining the bottom line of discipline," Xi Jinping, general secretary of the CPC Central Committee, said at the sixth plenary session of the 18th CPC Central Commission for Discipline Inspection (CCDI) in January 2016.

"More importantly, we need to guide people to do better and give full play to the guiding role of ideals, beliefs and moralities," Xi added.

Xi, also Chinese president, quoted a poem by Chinese thinker Gong Zizhen (1792-1841) to highlight the message: "If you do not conquer self, you will be conquered by self and achieve nothing."

To comprehensively govern the Party with strict discipline, we must not only focus on standardizing punishment, but also strictly maintaining the bottom line of discipline. More importantly, we need to guide people to do better and give full play to the guiding role of ideals, beliefs and moralities.
-  Chinese President Xi Jinping

To help CPC officials conquer themselves and make them "do not want to be corrupt," the Party leadership has repeatedly urged them to stay true to the CPC's original aspiration and founding mission – namely, to seek happiness for the Chinese people and rejuvenation of the Chinese nation.

In June 2019, a nationwide educational campaign themed "staying true to our founding mission" was launched to reinforce the message among the 90 million CPC members.

What does 'staying true to the original aspiration and founding mission' mean for the CPC?

What are generations of Chinese Communists striving for?

Alessandro Teixeira, a Brazilian economist and professor of public policy at Tsinghua University, underscored the importance of education in fighting corruption in a recent interview with CGTN.

Teixeira said punishment and deterrence are not enough for preventing corruption. "I think you need to have an educational process in that," he said. "You need to educate the society."

"I think that's also what the Chinese have been trying to do, to have moral education, not only on the Party officials, but on all of the people," he added.

Since the 18th CPC National Congress, the Party leadership has stressed a number of well-known concepts related to fighting corruption, indicating the leadership's resolve to tackle the deep-rooted problem and foster a social consensus against corruption.

"It takes a good blacksmith to make good steel," Xi said, quoting a popular Chinese adage to explain the importance of Party building, when he met the press on November 15, 2012 after being elected general secretary of the CPC Central Committee. It means that only by conducting oneself honorably can one expect others to do the same. This adage then became an iconic slogan to urge Party officials to stay clean.

Other anti-corruption concepts include addressing "the four forms of decadence" – formalism, bureaucratism, hedonism and extravagance; taking decisive actions to improve the conduct of Party and government officials (known as the CPC Central Committee's "eight-point decision"); striking the "tigers" (high-ranking corrupt officials) and swatting the "flies" (low-ranking corrupt officials) at the same time; and taking a zero-tolerance stance against corruption.

These concepts, along with media reports about anti-corruption investigations, have greatly raised public awareness of the issue.

Education is an important aspect of China's three-pronged formula to tackle corruption, together with strict punishment and system building.

In 2020, disciplinary inspection and supervisory organs across the country investigated about 618,000 corruption cases, leading to the punishment of 604,000 people, a report by China's top anti-graft body said.

China has also been strengthening system building in the fight against corruption to "confine the exercise of power in an institutional cage."

A key move was the reform of the national supervision system, which saw the establishment of supervisory commissions at the national, provincial, city and county levels. The commissions are able to supervise everyone working in the public sector who exercises public power, including those who are not members of the CPC and those not working in the government.

All these efforts have secured a sweeping victory against corruption. "More measures in education, research in terms of the nature of corruption, together with international cooperation" are gradually making China "one of the leading countries" in fighting corruption, Teixeira said.