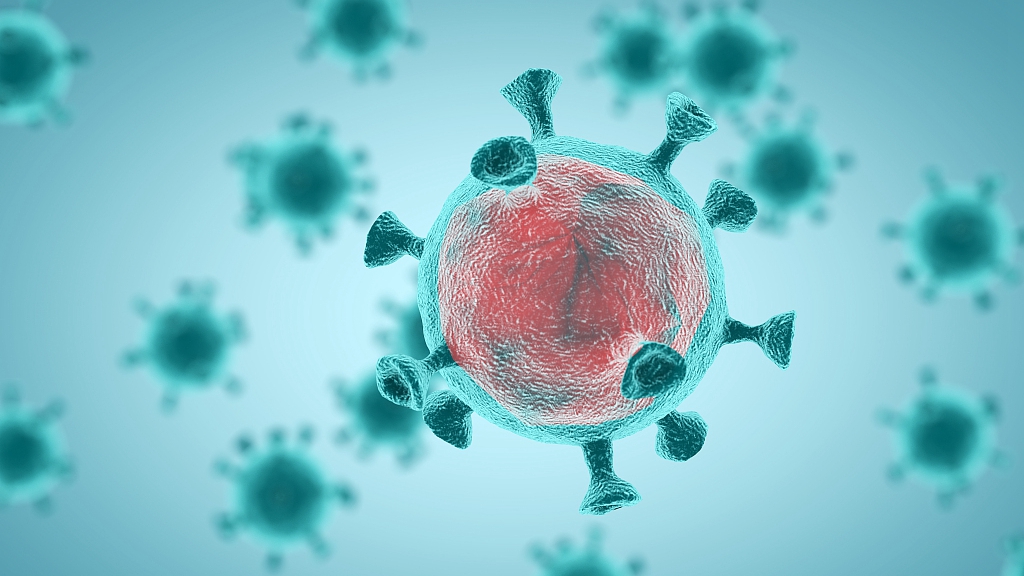 The U.S. has become the creator and disseminator of a political, information and moral virus. /CFP

The U.S. has become the creator and disseminator of a political, information and moral virus. /CFP

The U.S. government has recently joined forces with some unscrupulous media outlets to hype up the so-called "laboratory leak" conspiracy theory on the origin of COVID-19 during the virtual World Health Assembly, which has drawn concern and criticism from the international community.

For political purposes, the U.S. side continues to cross the moral bottom line, maliciously concocting conspiracy theories and spreading misinformation, which has fueled an anti-science trend, exacerbated racial discrimination, and undermined the global fight against the pandemic.

The U.S. has indeed become the creator and disseminator of a political, information and moral virus.

U.S. President Joe Biden said in a statement on May 26 that he has called for a U.S.-based probe into the origin of COVID-19, and given U.S. intelligence agencies 90 days to report on whether the virus originated from an animal source or from a laboratory accident.

Meanwhile, U.S. media outlets such as The Wall Street Journal have once again hyped up the lab leak conspiracy theory on the origin of the virus.

However, according to a report on the global tracing of the virus origin released by the World Health Organization (WHO) on March 30, the introduction of COVID-19 through a laboratory incident was considered to be an "extremely unlikely" pathway.

Washington is using virus origin-tracing to create chaos in order to serve its own political purposes. It is trying to politicize the scientific agenda based on the presumption of guilt.

Experts have pointed out that origin-tracing is a scientific issue which should be carried out jointly by scientists across the world. Most countries have reached a consensus that this issue should not be politicized.

Recently, the WHO has reiterated its call for a "de-politicized environment" for studying the origin of the COVID-19 virus. Mike Ryan, executive director of the WHO Health Emergencies Program, called on "everyone out there to separate, if they can, the politics of this issue from the science."

"If you expect scientists to do their work, if you expect scientists to collaborate and actually get the answers that you want, actually seek in a non-blaming environment to find the origin of the virus, so we may all learn how to prevent this happening in the future, we would ask that this be done in a de-politicized environment where science and health are the objective of this and not (put the) blame on politics," he said.

Jeremy Farrar, director of charitable foundation Wellcome Trust, and a renowned medical researcher, has said that there is no place for "unsubstantiated rumor, or conspiracy theories often fueled for political purposes" when it comes to COVID-19 origin-tracing.

"The origins of SARS-CoV-2 are not yet certain – it is possible the origin will never be fully established – but nature is a powerful force and, in my view, the most likely scenario is that the virus crossed from animals to humans. The best scientific evidence available to date points to this," said Farrar in a statement provided to Xinhua.

Since the onset of the COVID-19 outbreak, some U.S. politicians have ganged up with media outlets to construct narratives by cutting out facts and fabricating lies, in an attempt to misguide and control international public opinion.

A report published on February 12 by The New York Times deliberately distorted and garbled the remarks by members of a WHO expert team sent to China on a COVID-19 origin-tracing mission.

In response, British zoologist Peter Daszak, a member of the WHO team misquoted by the U.S. media, clarified immediately via Twitter that "this was NOT my experience on the WHO mission."

"As lead of animal/environment working group I found trust & openness with my China counterparts. We DID get access to critical new data throughout. We DID increase our understanding of likely spillover pathways," Daszak wrote.

A so-called timeline by The Washington Post published on May 25, which tried to fan the lab leak conspiracy theory, was also strongly refuted by experts.

Kari Debbink, assistant professor at the Department of Natural Science of Bowie State University in the United States, tweeted that the timeline is "trash."

"This piece presents facts from a highly biased perspective meant to mislead people into thinking a lab leak is extremely likely," she wrote.

Ryan, the WHO senior official, said it's "quite disturbing" to see over the past few days "more and more and more discourse in the media with terribly little actual news or evidence or new material" concerning the possible origin of COVID-19.

Such media outlets as Fox News and The Washington Post have "fished" the story on the lab leak conspiracy theory "out of the right-wing's political wet market and polished it off for public consumption," said a report by U.S. independent news website Grayzone in late April last year. "Though neither outlet published a single piece of concrete evidence to support their claims."

Experts have pointed out that it is neither professional nor scientific for the United States to apply intelligence to the origin-tracing of COVID-19.

"The U.S. intelligence forces were asked to show if they had any information that might be helpful. They haven't done that as yet," Dominic Dwyer, a member of the WHO team sent to China and a professor at the University of Sydney, said in an interview with the Australian Broadcasting Corporation on Friday.

"The fact that President Biden says he's getting conflicting reports from his intelligence agencies, to me, suggests there is no clear evidence, otherwise it would be obvious what was going on," he said.

Analysts said politicizing COVID-19 origin-tracing is an unethical and unpopular move that will only encourage discrimination and hatred against Asians, hinder fact- and science-based international cooperation on origin-tracing, and erode global anti-pandemic efforts.

To draw public attention to the problem, a group of 27 prominent public health scientists from outside China issued in February 2020 a co-signed statement in British medical journal The Lancet and warned that "the rapid, open, and transparent sharing of data on this outbreak is now being threatened by rumors and misinformation around its origins."

"We stand together to strongly condemn conspiracy theories suggesting that COVID-19 does not have a natural origin," said the scientists.

Sadly, the warning has been neglected in the United States. Whenever scientists speak out against conspiracy theories, they will be attacked by right-wing U.S. politicians and media practitioners. According to research by the Center for the Study of Hate and Extremism at California State University, anti-Asian hate crimes rose by 149 percent in 2020 in 16 U.S. cities.

Citing some scientists, an article published Thursday in British scientific journal Nature said "the rhetoric around an alleged lab leak has grown so toxic that it's fueling online bullying of scientists and anti-Asian harassment in the United States, as well as offending researchers and authorities in China whose cooperation is needed."

Hume Field, a science and policy advisor for China and Southeast Asia of EcoHealth Alliance in New York, told Xinhua on Friday that politicizing science just generates "doubt" and "mistrust" between Chinese and Western scientists, and fundamentally undermines joint global efforts needed to prevail against the virus and the pandemic.