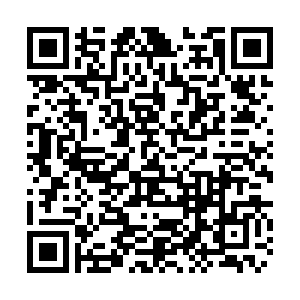 The world has lost one-third of its forests since the last ice age.

Forests are disappearing at an alarming rate, with over 4.7 million hectares – an area larger than Denmark – lost annually, equivalent to one football pitch every three seconds, according to the report released by the United Nations Food and Agriculture Organization (FAO). Over half of the world's wetlands have disappeared in the last century. 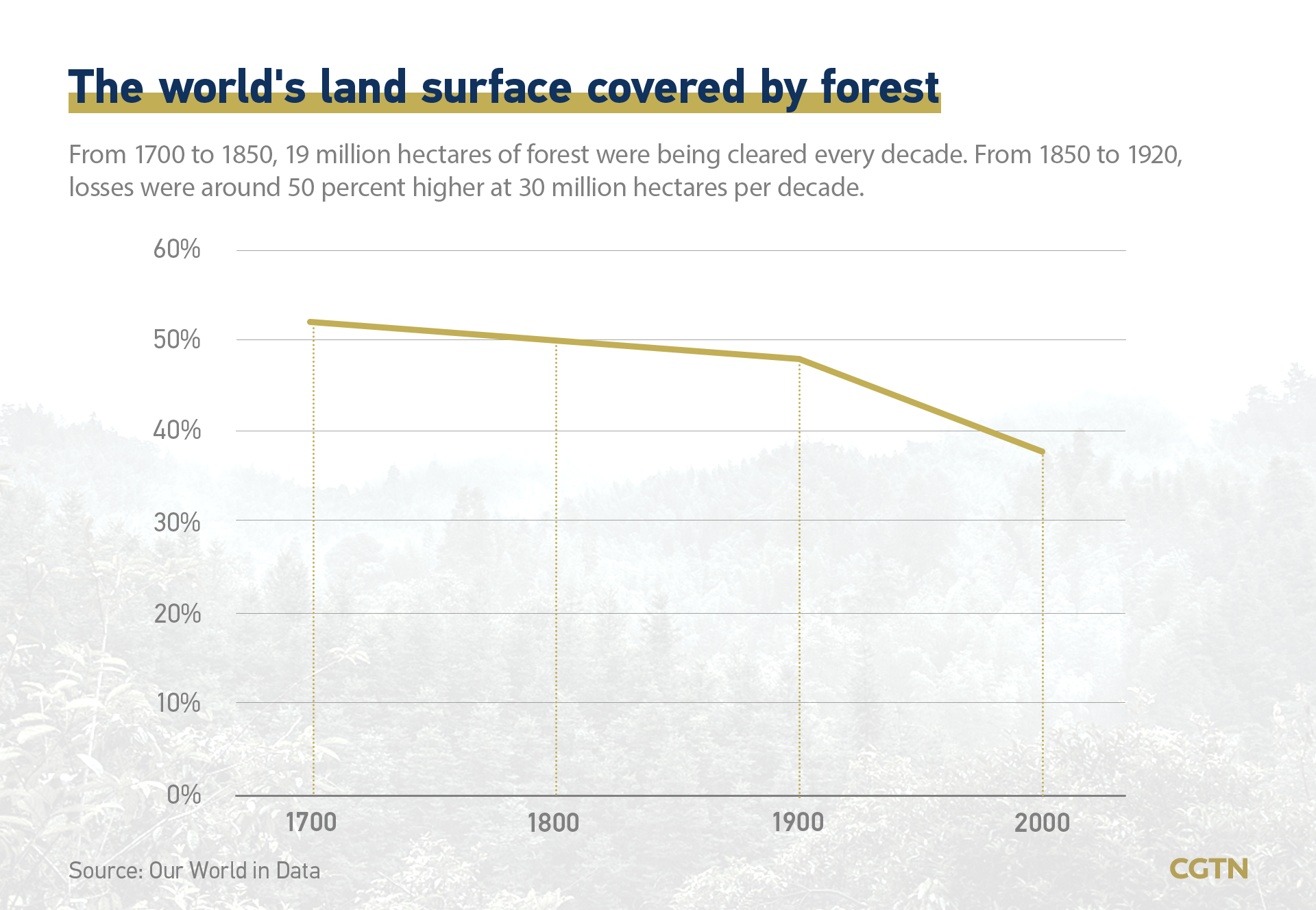 The Amazon, the planet's largest rainforest, lost at least 17 percent of its forest cover in the last half-century due to human activity.

In Indonesia, the island of Sumatra has lost 85 percent of its forests – primarily the result of conversion to oil palm and pulp plantations.

During the 2019-2020 bushfire season, southern and eastern parts of Australia experienced multiple large-scale and intense fires. As of April 28, 2020, some 84,880 square kilometers, or 6.3 percent of Australia's total forest area, had been burned, Australian government data shows.

Human footprints have expanded to an extent that half of global habitable land is used for agriculture. The area used for livestock farming is shockingly equal in area to the world's forests, FAO data shows.

What's more, tree cover loss, which refers to the removal of tree canopy due to human or natural causes including fire, has also seen an increase over the years. 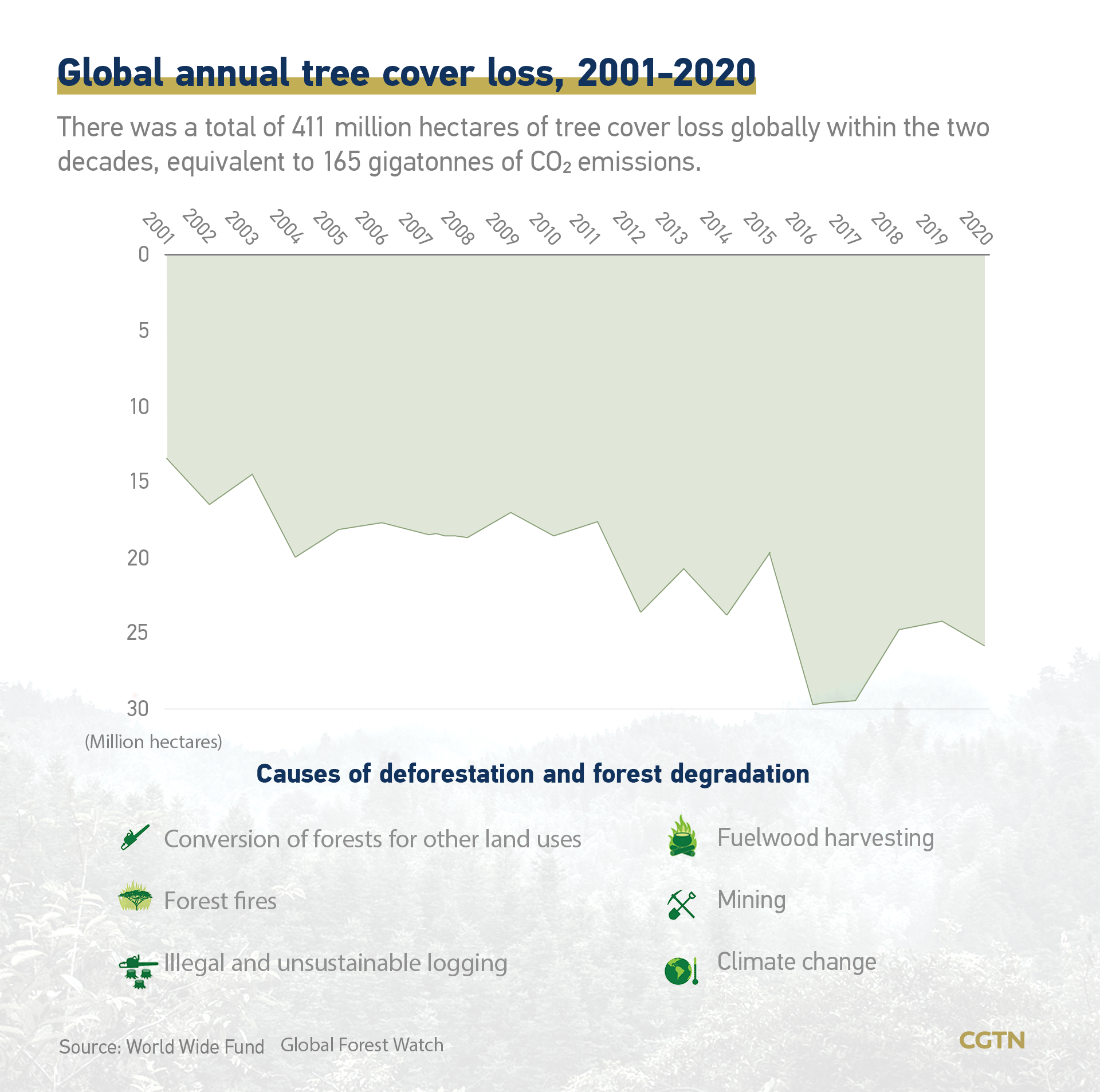 The tropics lost 12.2 million hectares of tree cover in 2020, according to the Global Forest Watch, of which 4.2 million hectares, an area the size of the Netherlands, occurred within humid tropical primary forest. These places have housed Earth's carbon and biodiversity for tens of thousands of years.

Humans today use as much ecological resources as if they lived on 1.6 Earths, according to Global Footprint Network. This means it now takes the Earth one year and eight months to regenerate what humans use in a year.

Putting forward the idea that "lucid waters and lush mountains are invaluable assets," Chinese President Xi Jinping has often reiterated that "protecting ecological environment and pushing sustainable development are our joint obligations." After all, as he puts it, "We only have one Earth."

Pursuing green, low-carbon and innovation-driven development is the backbone of efforts driving China toward its goal of becoming a modern socialist country. 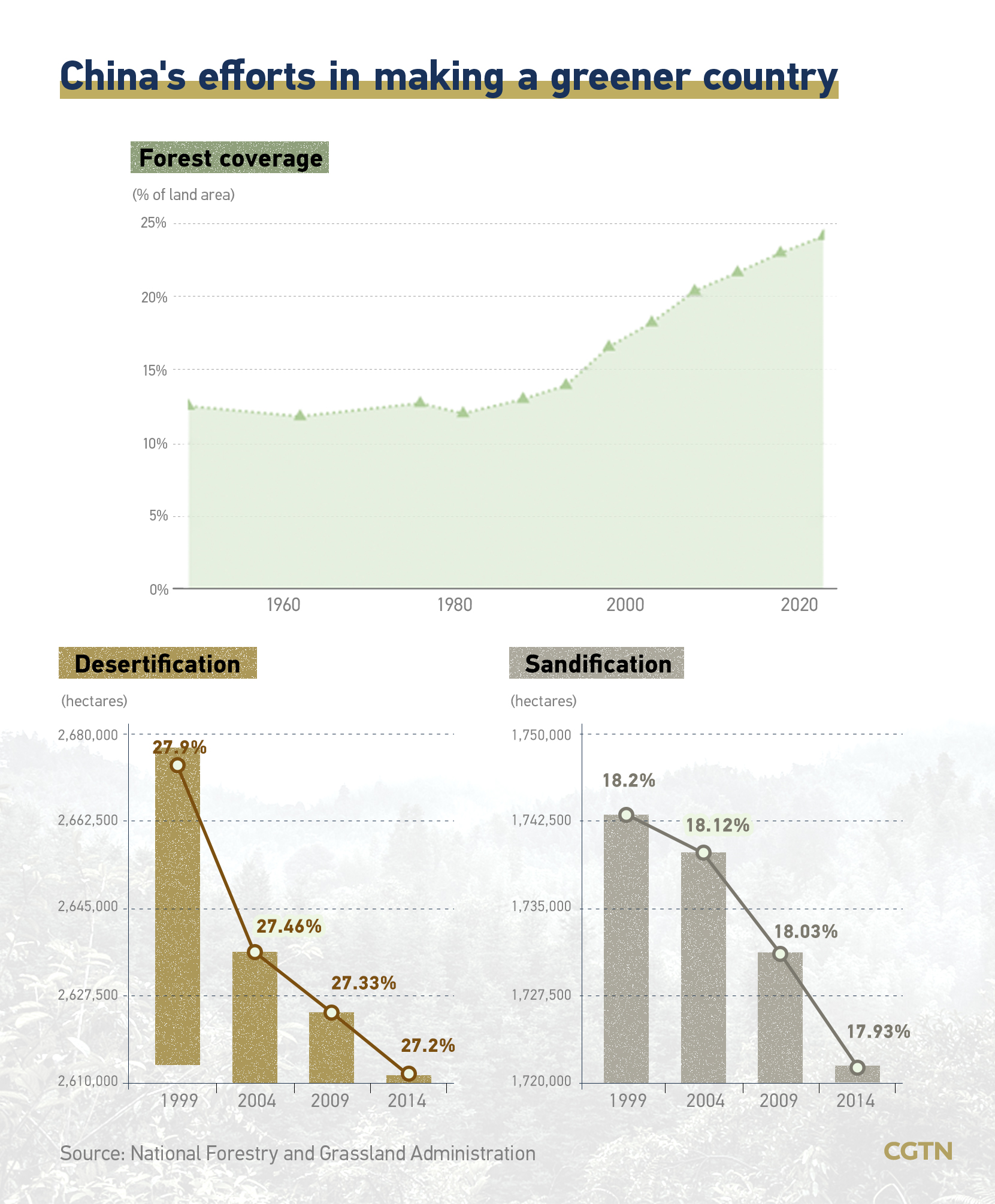 In 2018, China incorporated the idea of ecological civilization into its Constitution for the first time. The country's latest five-year plan also paves the way for its promise of peaking carbon dioxide emissions by 2030 and achieving carbon neutrality by 2060.

The 14th Five-Year Plan (2021-2025) vows to lower energy consumption per unit of gross domestic product (GDP) and carbon dioxide emissions per unit of GDP by 13.5 percent and 18 percent, respectively.

Over the past decade, China has ranked first globally in terms of the increase in forest resources, with its afforestation area exceeding 70 million hectares. Meanwhile, 90 percent of terrestrial ecosystem types and 85 percent of key wild animal populations are under effective state protection.

In 2019, a NASA satellite map showed that China is leading the increase in greening on Earth's land area due to national tree-planting programs.

On June 5, World Environment Day a theme this year of Restoring Ecosystems, let's do our part in healing the ailing planet by greening our cities, re-wilding our gardens or cleaning up trash alongside rivers and coasts for a more sustainable world.

Chart of the day: We said farewell to these species in 2020

Rooted in tradition, China's green roads to the low-carbon future