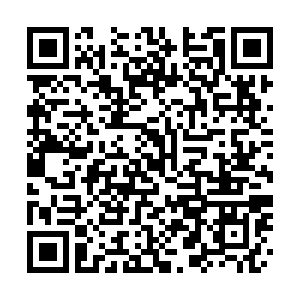 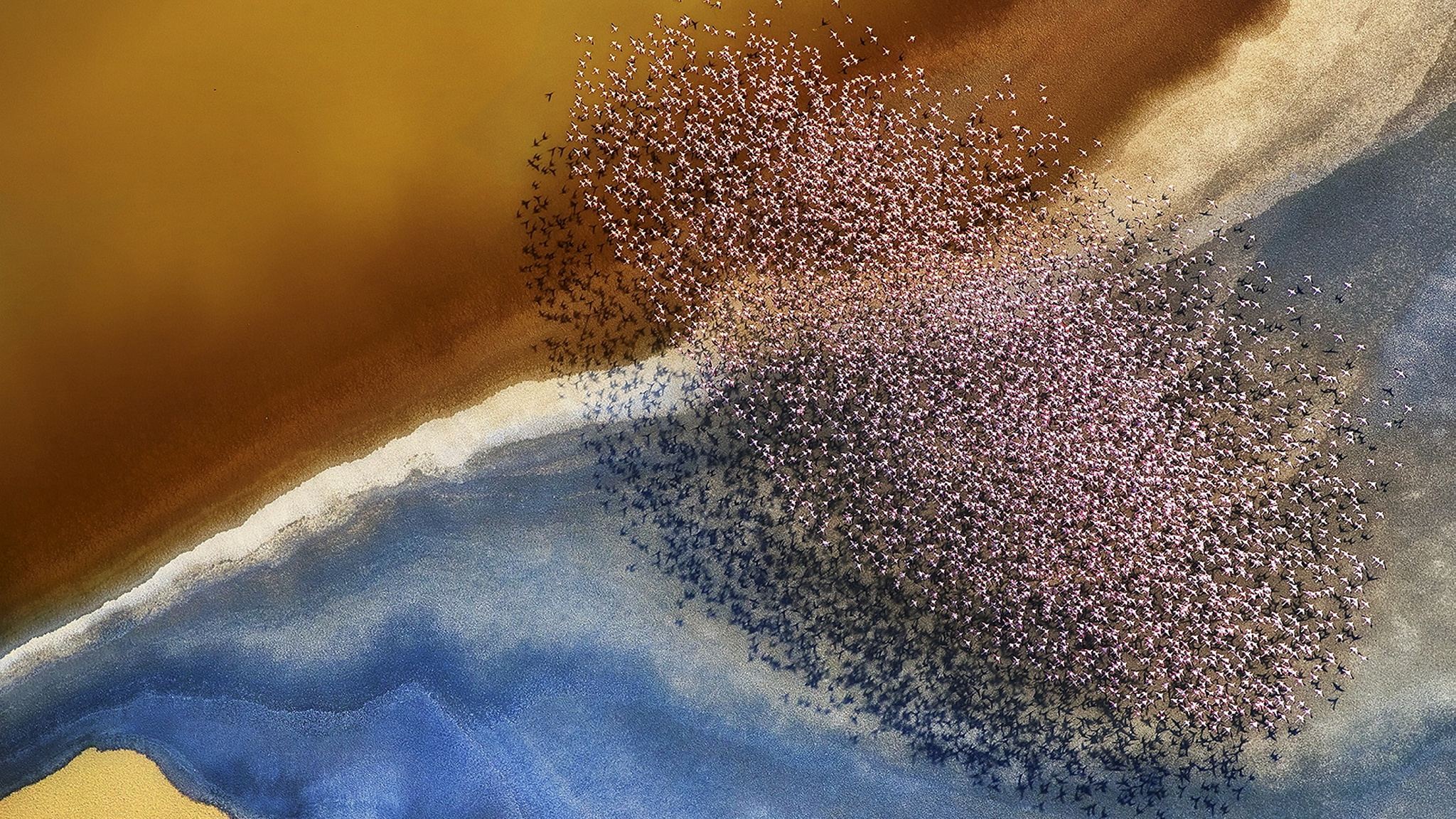 Saturday coincides with the World Environment Day, which aims to encourage worldwide awareness and action to protect the environment.

Led by the UN Environment Programme (UNEP) and the Food and Agriculture Organization (FAO), the UN Decade runs from 2021 to 2030, which is also the deadline for the Sustainable Development Goals and the timeline scientists have identified as the last chance to prevent catastrophic climate change, said the UN.

"An ecosystem comprises all the living organisms and the interactions among them and with their surroundings in a given place," the UN's Ecosystem Restoration Playbook read. "They exist at all scales, from a grain of soil to the entire planet, and include forests, rivers, wetlands, grasslands, estuaries and coral reefs. Cities and farmlands contain important human-modified ecosystems."

It provides "priceless benefits" for humans including a stable climate and breathable air, supplies of water, food and materials of all kinds, and protection from disaster and disease.

However, humans are consuming natural resources equivalent to 1.6 times the nature can provide sustainably, alarmed a report by the UNEP and FAO released ahead of the World Environment Day.

The report, titled "Ecosystem Restoration for People, Nature and Climate," said ecosystems are in urgent need of restoration. Some of the world's most poorest and marginalized groups live on nearly 2 billion hectares of degraded land.

Facing the triple threat of climate change, natural degradation and pollution, it calls to restore at least 1 billion hectares of degraded land, roughly the size of China, to protect falling biodiversity and face off food insecurity.

"We are ravaging the very ecosystems that underpin our societies," the UN Secretary-General Antonio Guterres warned on Friday. "Our degradation of the natural world is destroying the very food, water and resources needed to survive, and already undermining the well-being of 3.2 billion people – or 40 percent of humanity."

Fortunately, the Earth is resilient and "we still have time to reverse the damage we have done," the UN chief added.

He called the next 10 years humans' "final chance" to avert a climate catastrophe, reverse the deadly tide of pollution and end species loss. 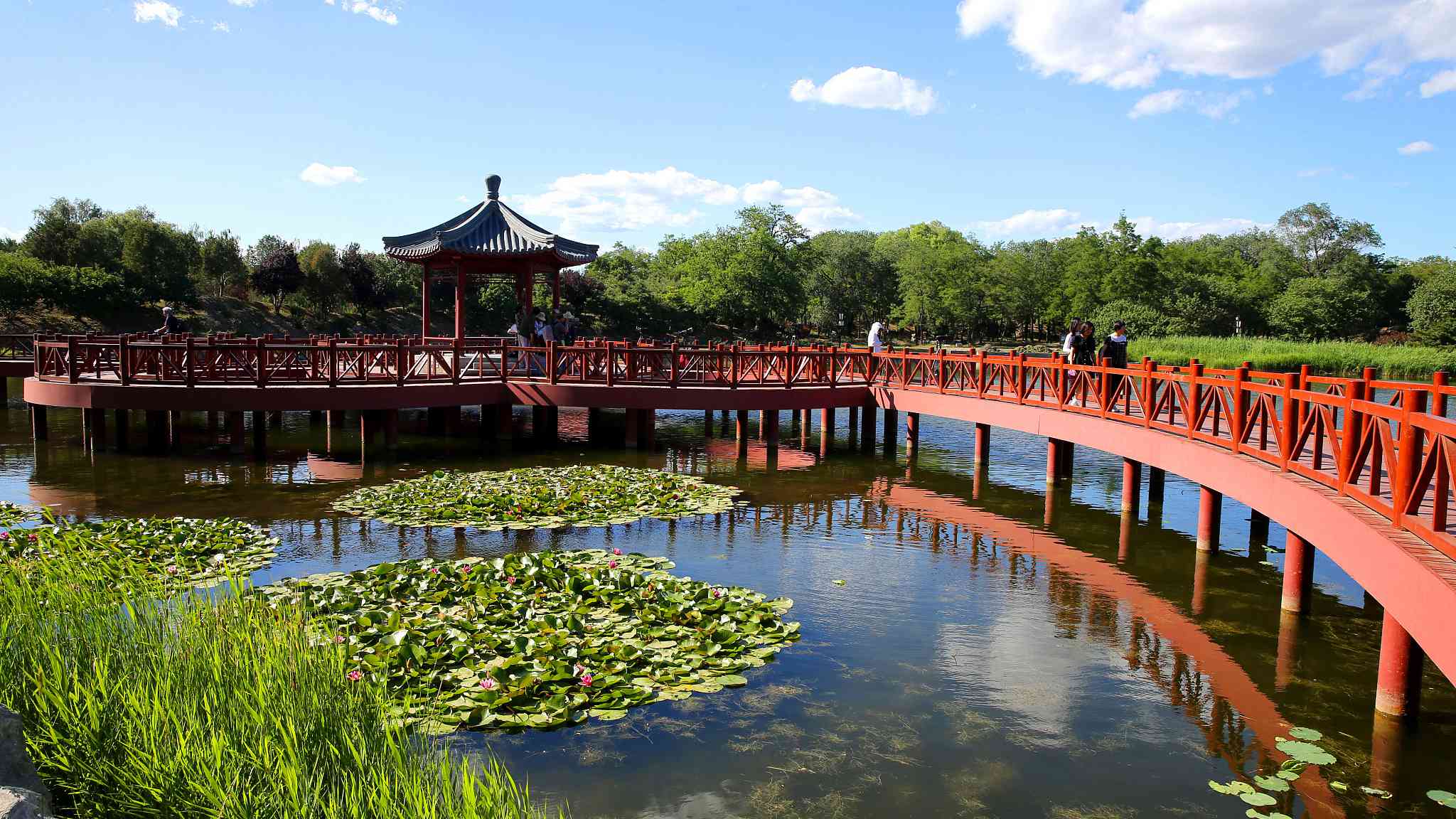 In September 2020, China made a solemn commitment to the world that it aims to have carbon dioxide (CO2) emissions peak before 2030 and achieve carbon neutrality before 2060.

Read more: China says it will achieve carbon neutrality by 2060, how it will get there?

The country's Ministry of Ecology and Environment said on Friday that China's carbon emission intensity in 2020 fell by 18.8 percent compared with 2015, overfulfilling the official target for 18 percent during the five-year period. Its proportion of non-fossil energy in energy consumption reached 15.9 percent. Both the numbers exceed China's 2020 targets it promised to the international community.

To achieve carbon emission reduction, develop new sources of energy, such as wind and solar energies, and adjust the energy structure are of the top priorities.

One of China's demonstrations is the Fengning pumped storage power station under construction in north China's Hebei Province, which is the world's largest power station of its kind. With a total installed capacity of 3.6 million kilowatts, the power station has an annual designed generating capacity of 6.612 billion kilowatt-hours. It features a seamless switch between electric energy, solar energy, wind energy, and water potential energy, with no pollution and little loss.

As a power guarantee project for the 2022 Beijing Winter Olympics, the first unit will be put into operation by the end of this year.

The station can help "save 480,000 tonnes of coal and reduce 1.2 million tonnes of CO2 emissions every year," Wu Peizhi, vice-general manager of the power station, told CMG. "It will help make the Olympics a 100-percent green one ever in history."