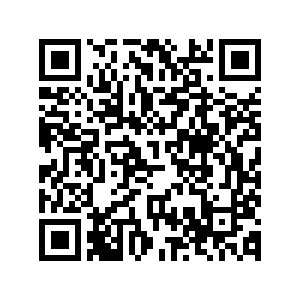 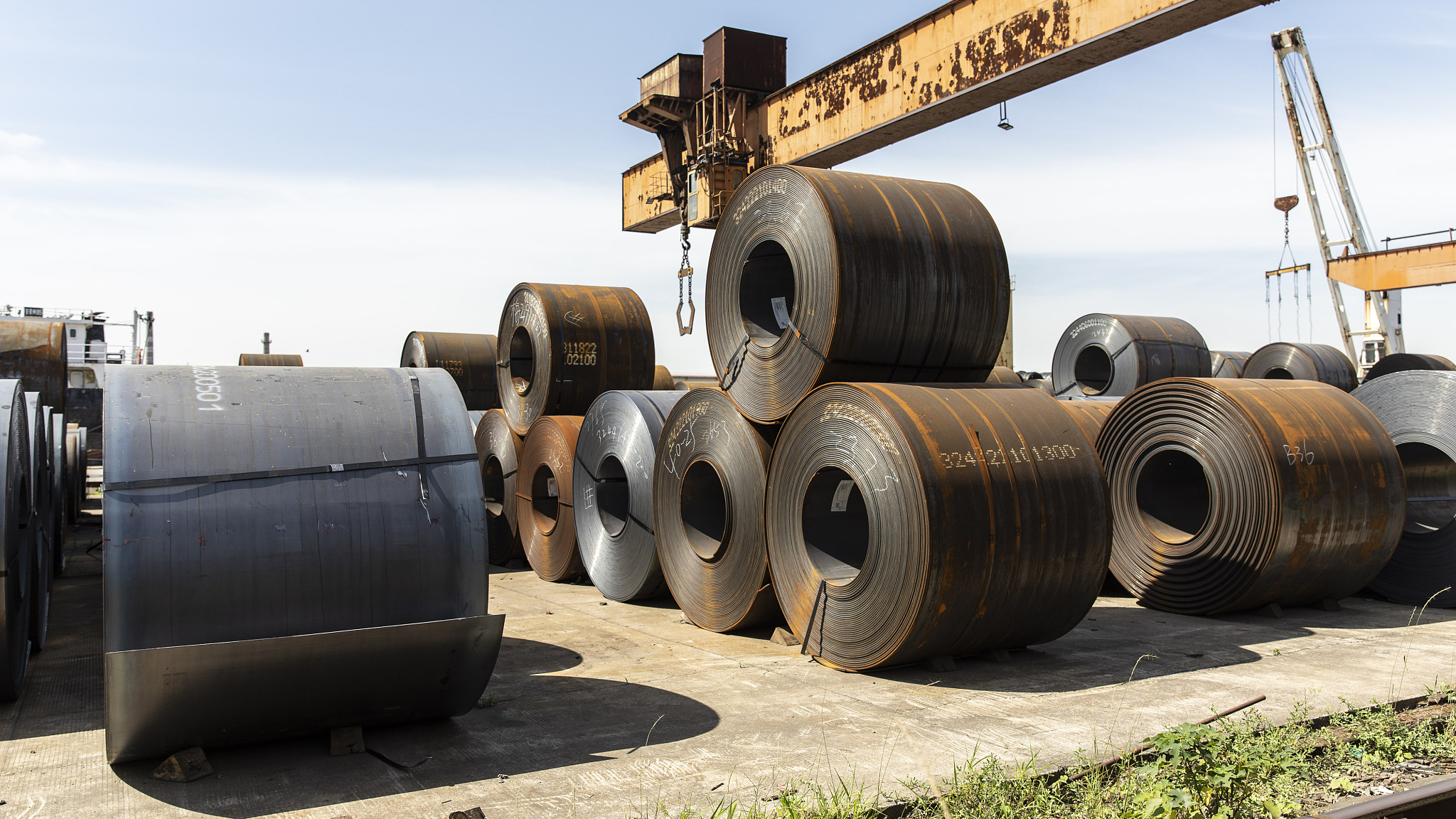 China's producer price index (PPI), which measures costs for goods at the factory gate, surged 9 percent year on year in May, the National Bureau of Statistics (NBS) said on Tuesday.

The figure beat the average of an 8.2 percent increase forecast by 17 institutions and was the highest increase since September 2008, data from the Wind Financial Terminal showed.

China's PPI had already seen a higher than expected year-on-year increase of 6.8 percent in April, which was then the most in three and half years. 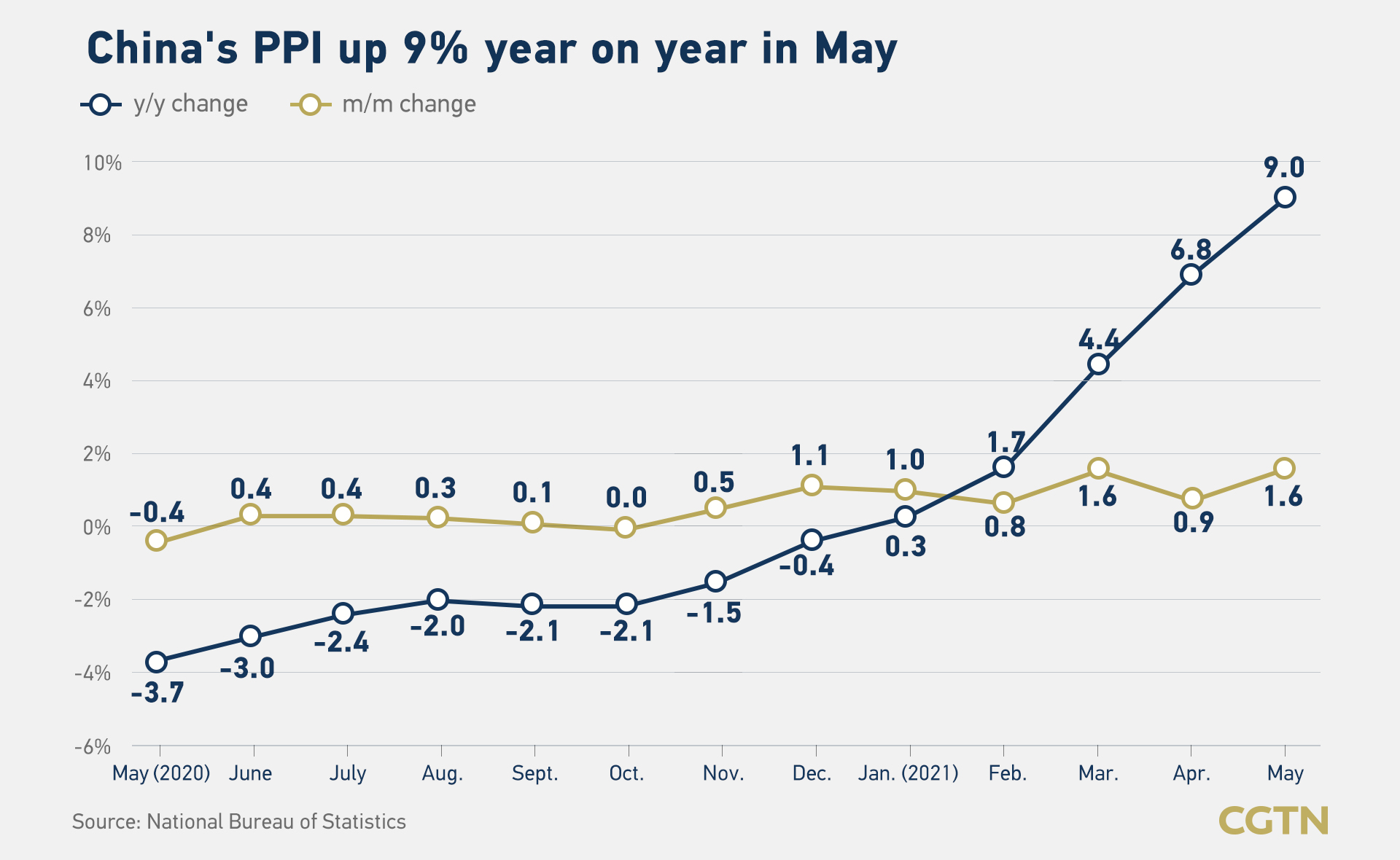 Factory-gate prices have risen since the beginning of the year on the back of recovering domestic and global demand. Analysts have attributed the increase partly to higher commodity and raw material prices.

Goods in major sectors all saw faster growth in costs, the NBS reported. In particular, prices in the oil and natural gas extraction industry almost doubled from a year ago, increasing by 99.1 percent.

Another major index, the consumer price index (CPI), regarded as the main gauge of inflation, posted a year-on-year increase of 1.3 percent in May, according to the NBS. 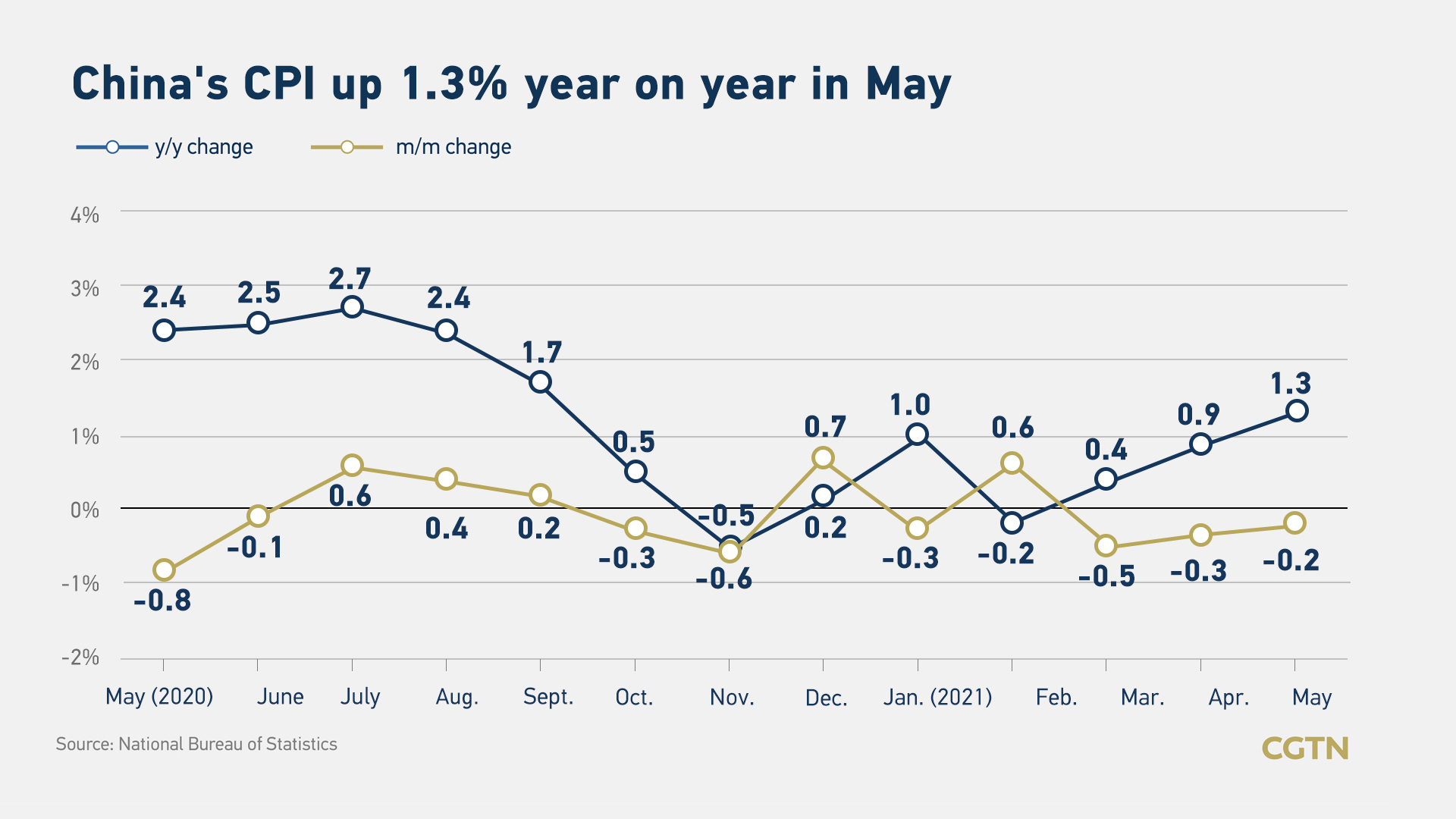 The May CPI came in under the market estimation of 1.6 percent year on year, increasing by 0.4 percentage points from April.

Inflation declined 0.2 percent on a monthly basis in May, 0.1 percentage points below April. Food prices rose 0.3 percent year on year, though they decreased 1.7 percent compared to April.

The prices of freshwater fish, eggs and vegetable oil all increased in May.