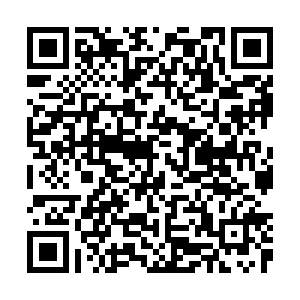 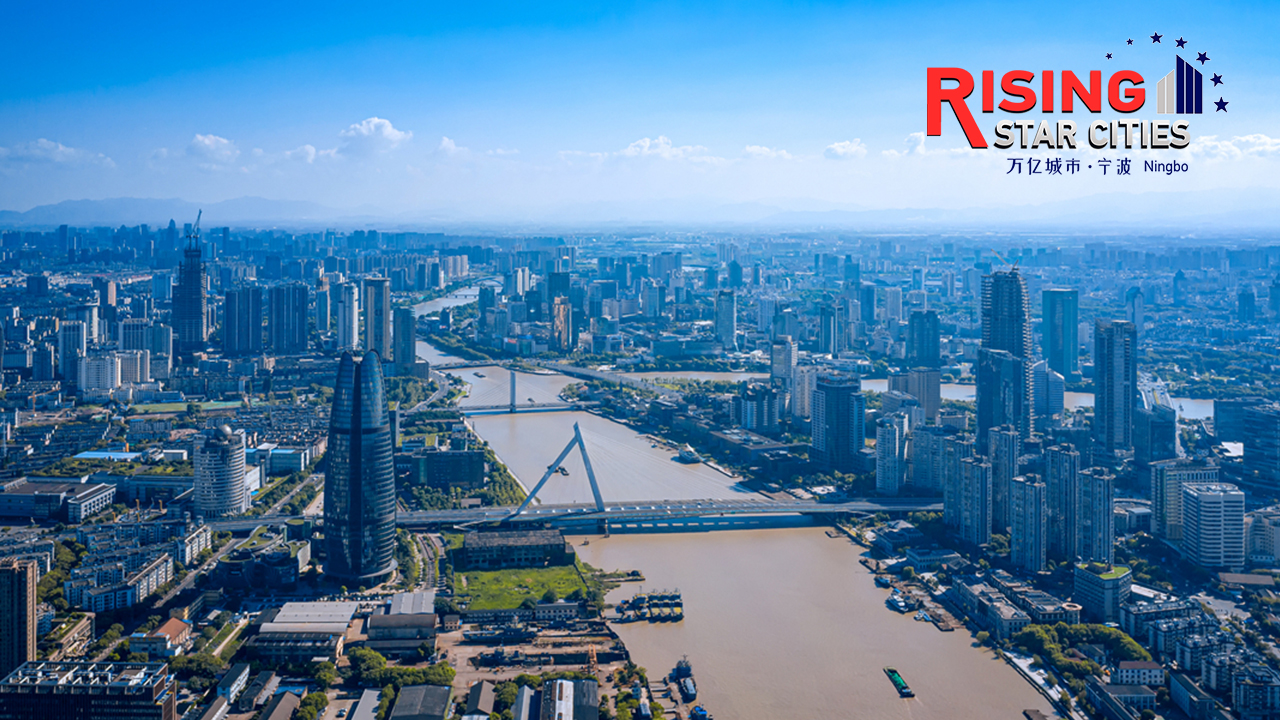 East China's coastal city of Ningbo is one of the country's key gates to converge in global economic activities. Despite turbulent external factors over the past decade – the China-U.S. trade war, COVID-19 pandemic, financial crisis – the trade-dependent city has maintained the ascending trajectory of its economic growth. How did Ningbo make it? 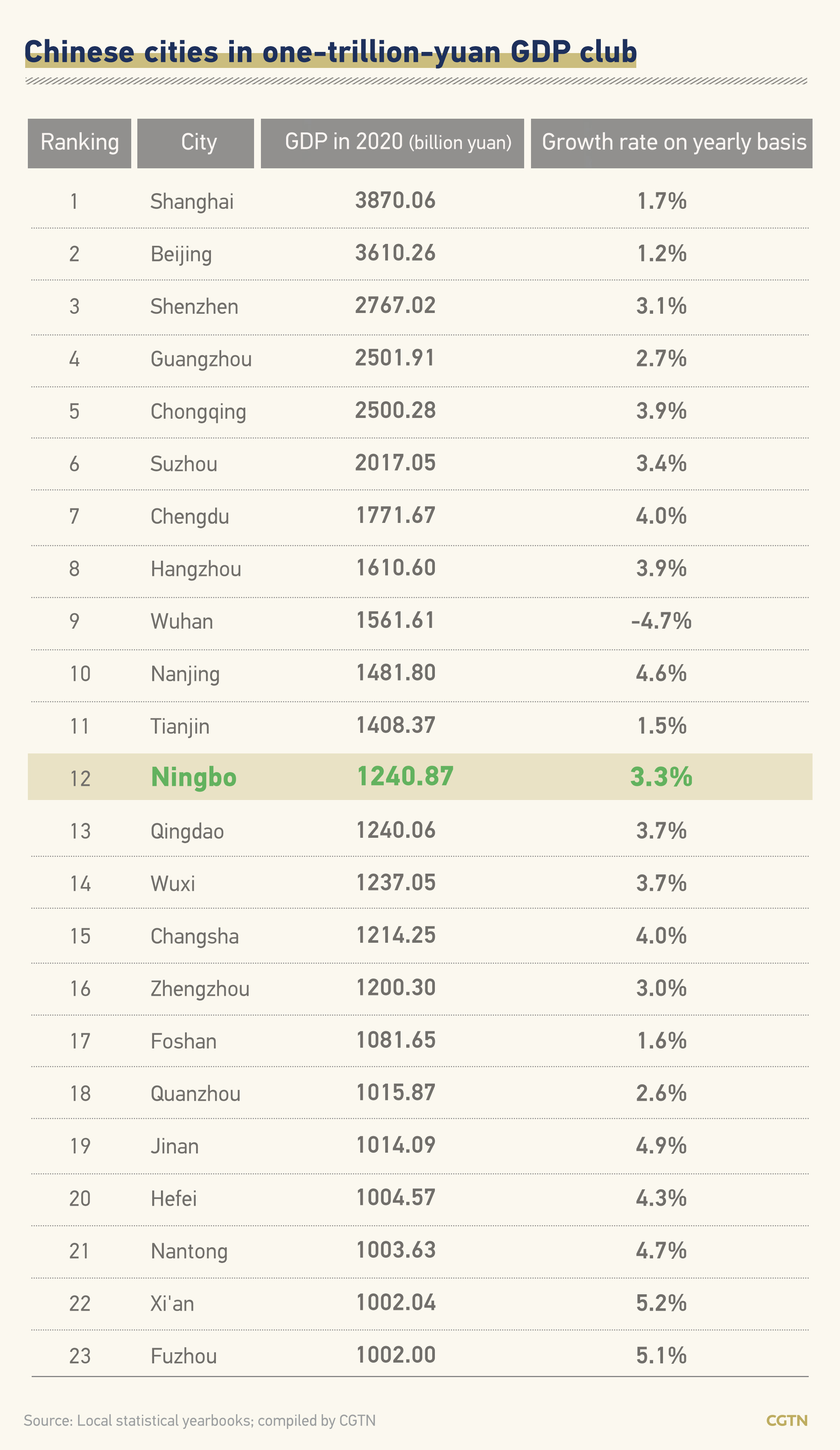 Ningbo ranked eighth among Chinese cities in terms of per capita disposable income in 2020. It is also a popular destination for companies, thanks to its openness and friendly business environment. The city is home to global headquarters, regional business headquarters or registered offices of over 100 listed companies, 98 of which were domestically listed as of May 1, 2021. The number made Ningbo jump to seventh place among Chinese cities. 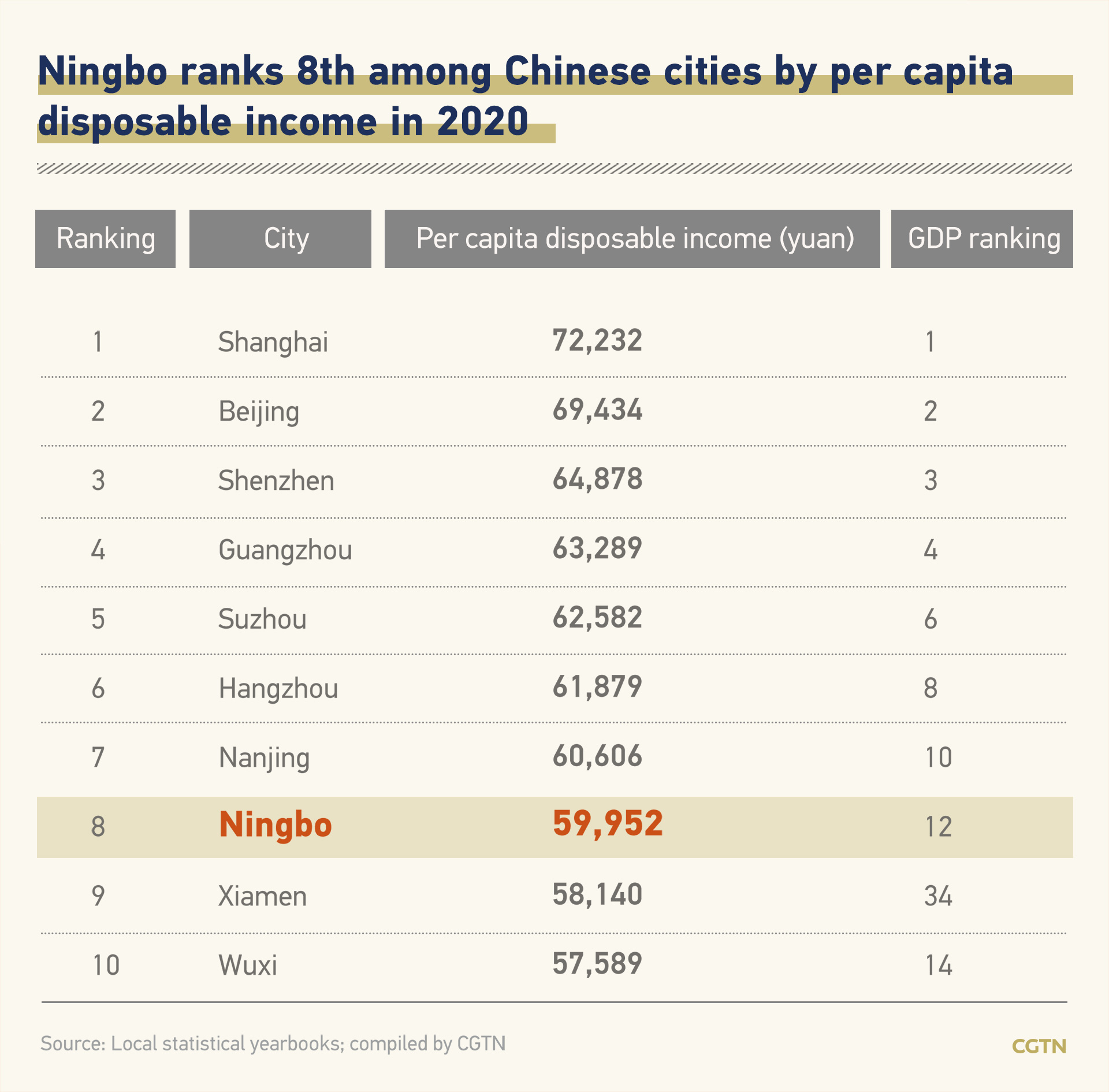 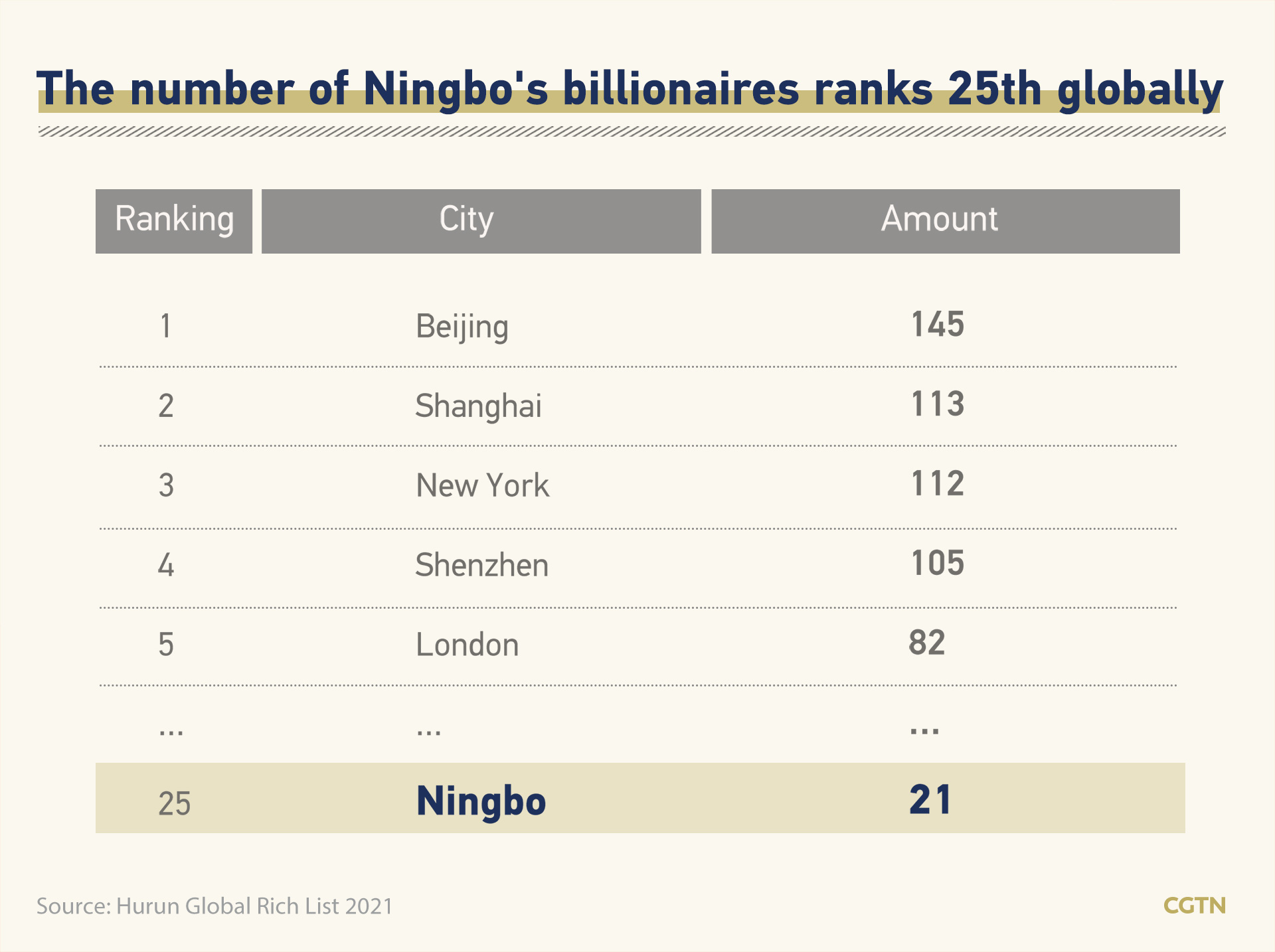 Affected by the global financial crisis triggered by the U.S. subprime mortgage crisis in 2007, Ningbo's economy saw a pronounced decline from a two-digit growth in the following couple of years.

The local government realized the necessity to diversify the city's economic structure, rolling out a series of measures to develop modern service industries such as logistics, leisure travel, finance and insurance, and e-commerce. 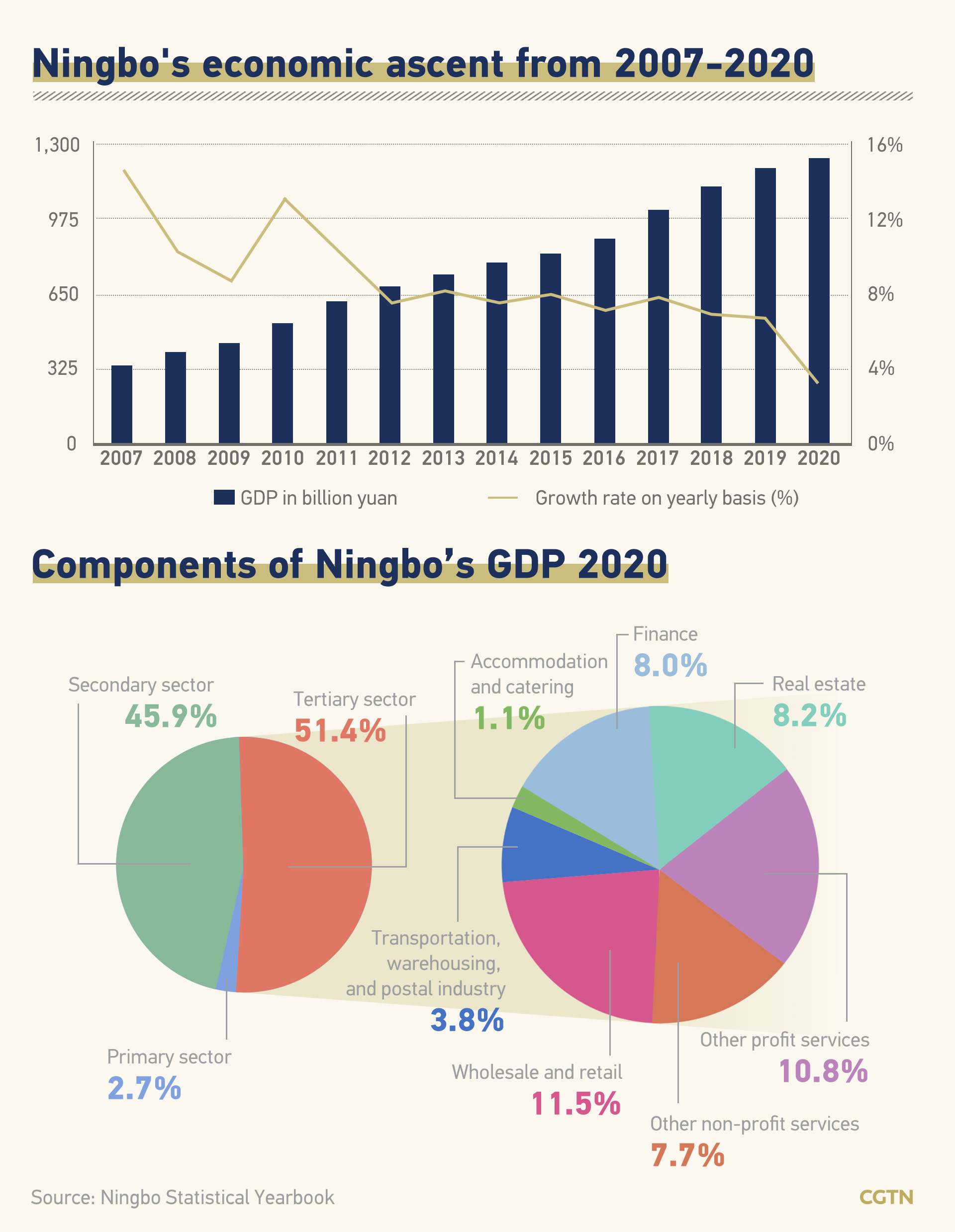 Proportionally to the other sectors, Ningbo was one of the cities with the largest secondary sectors among cities in the one-trillion-yuan GDP club. Industry has long been an engine of the city's economic growth.

Ningbo's economic development has become more balanced in recent years. Its foreign trade dependence degree, measured by trade-to-GDP ratio, dropped to 78.9 percent with export-to-GDP ratio plunging to around 50 percent from its peak of 80 percent, which means the city's economy is less export dependent. 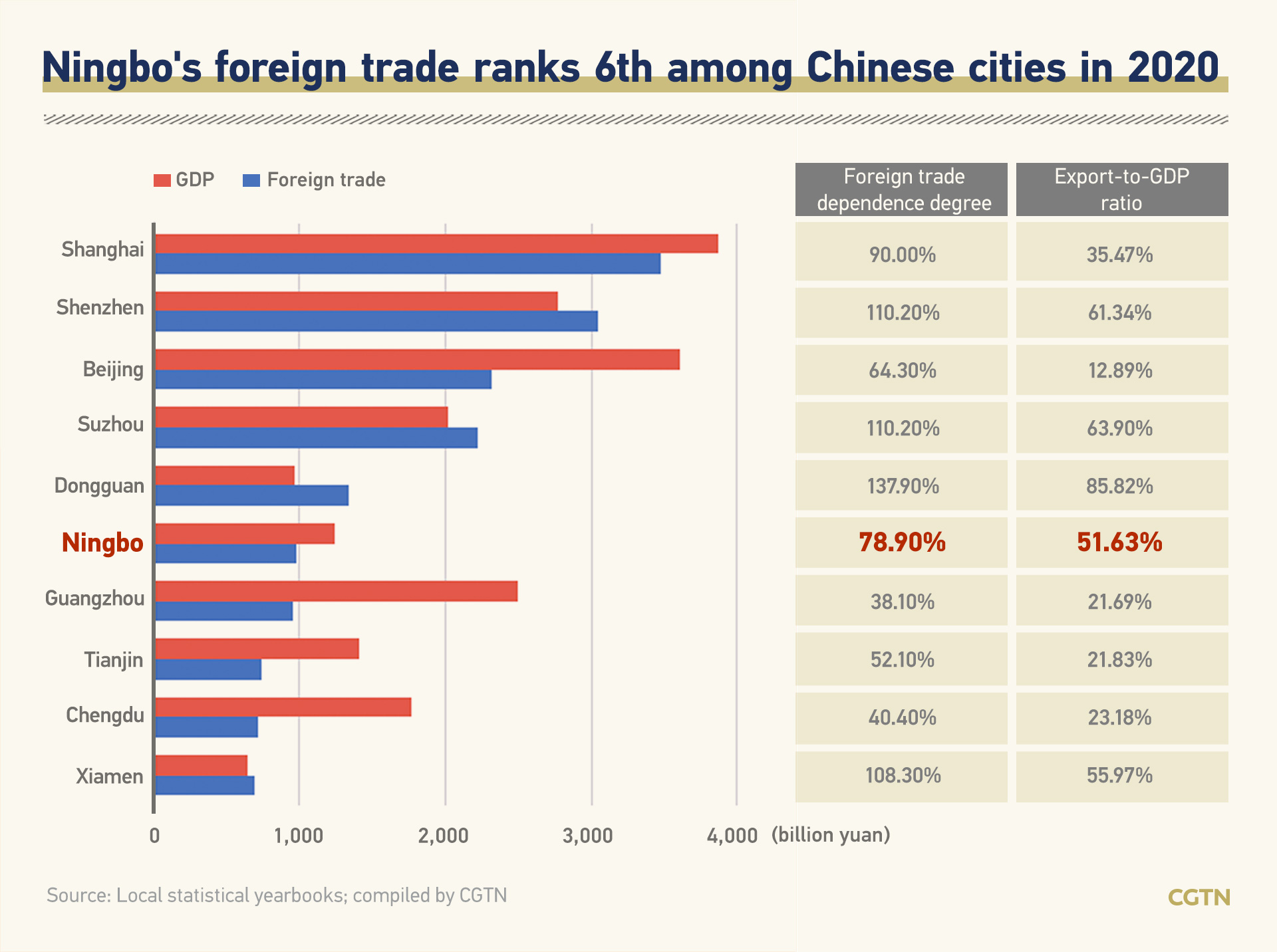 The world's busiest port saw service increases of over 15 percent year-on-year, and over 30 percent in the first and second halves of 2020 respectively, continuously contributing to the recovery of logistics and industrial chains.