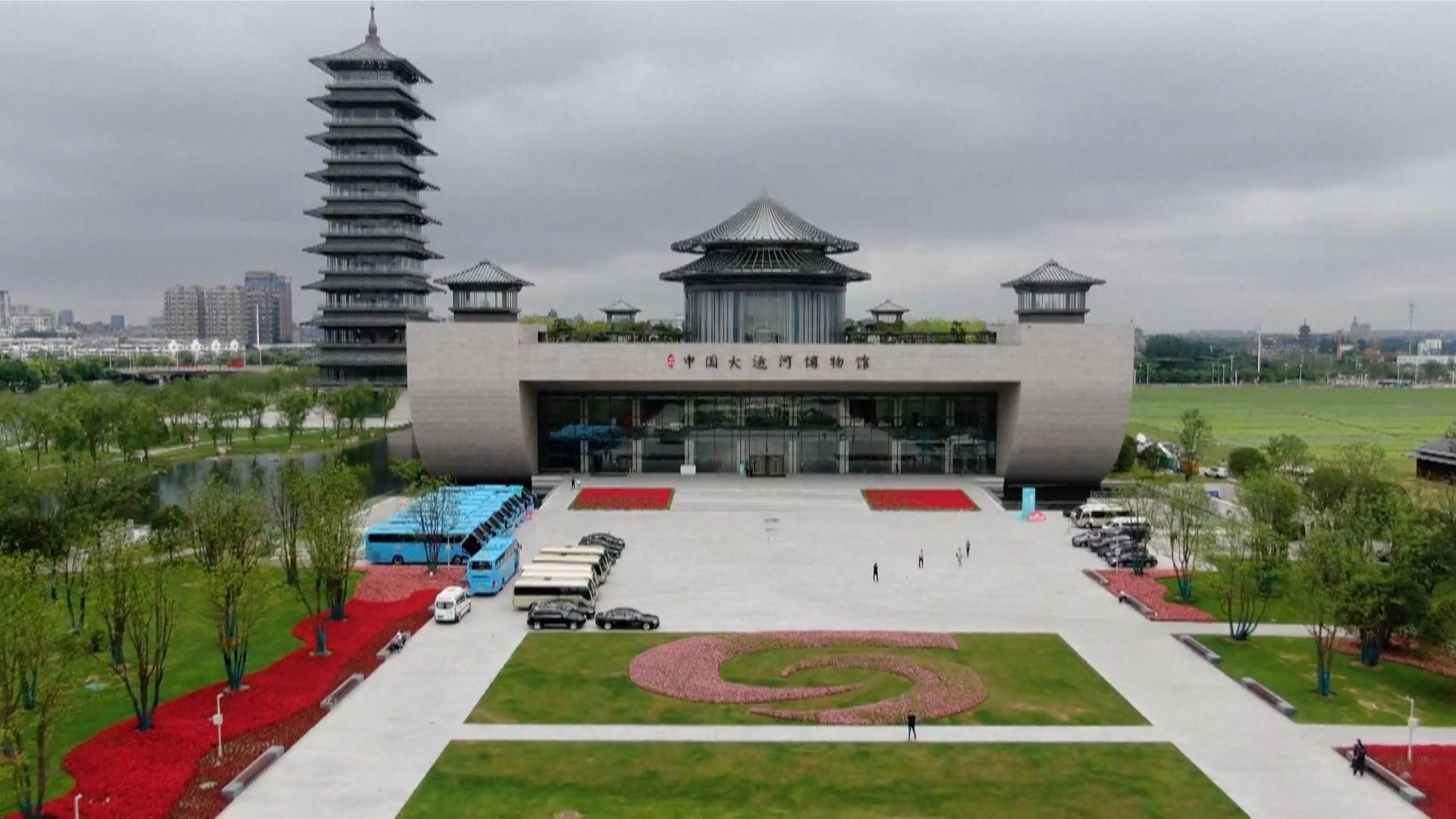 It is located on the bank of the ancient Grand Canal in Yangzhou, covering an area of some 80,000 square meters. The main building consists of a new Tang-style museum and a canal tower, which symbolizes the huge ship on the canal.

The museum, which centers on "the beautiful life that the Grand Canal brings to the people," houses more than 10,000 pieces of various cultural relics reflecting the theme of the canal, "From Spring and Autumn to Contemporary Times."

In the exhibition hall of "The Grand Canal-China's World Cultural Heritage," the 25.7-meter-long, 8-meter-high Bian river section of the Kaifeng Zhouqiao site is displayed. It is the treasure of the museum and can be traced back to 1,000 years. The 10-meter-high granary Huiluocang and the cultural heritage of the canal also boast more than 1,000 years of history. 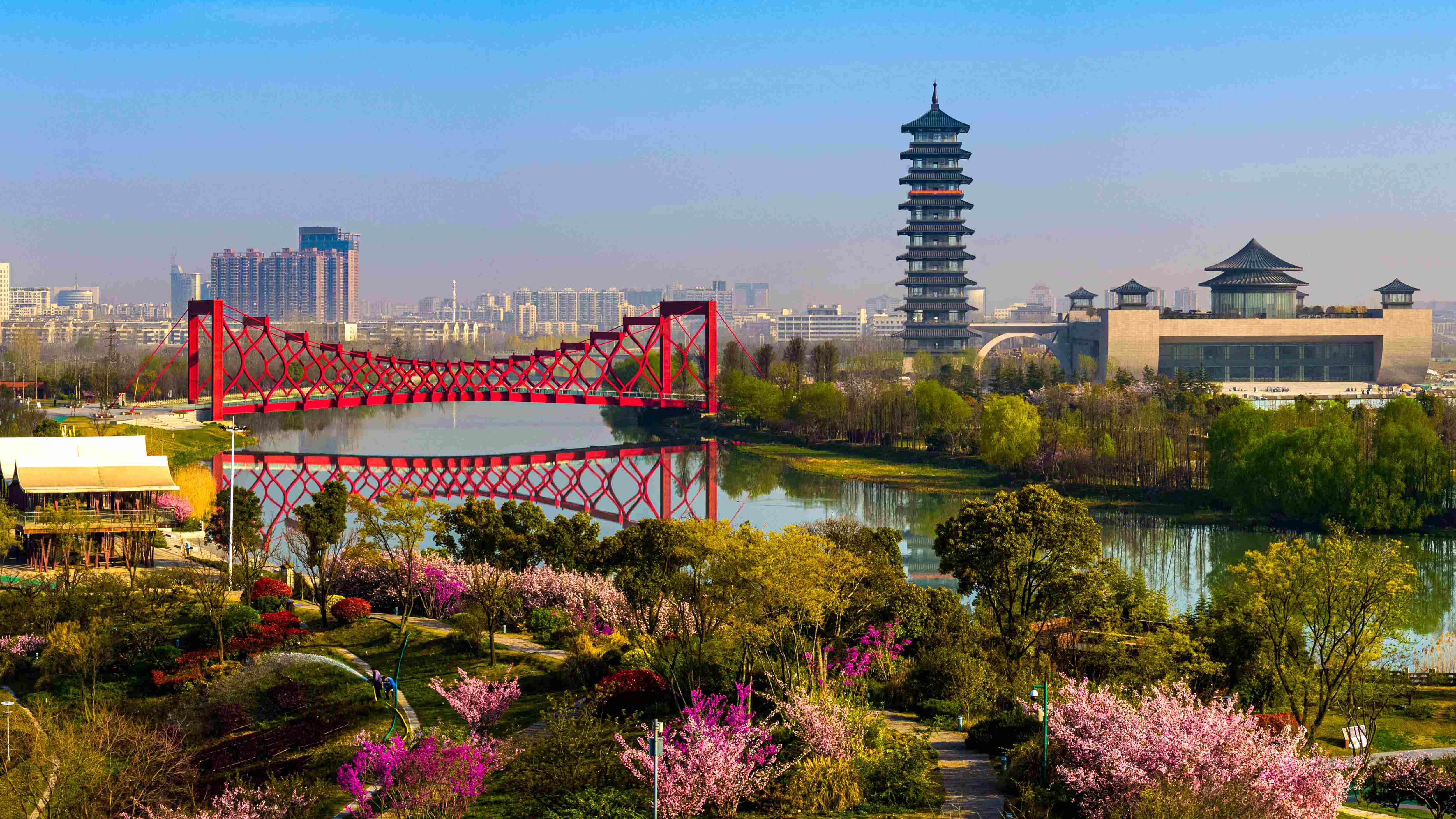 Yangzhou China Grand Canal Museum represents a splendid journey through the ancient Grand Canal and the history of China.

The Grand Canal, the world's longest man-made canal, is a vast waterway system in the northeastern and central-eastern plains of China, running from Beijing in the north to east China's Zhejiang Province.

The Grand Canal stretching 1,794 kilometers is one of the greatest hydraulic projects in human history. Constructed in sections starting from the 5th century AD, it was conceived as a unified means of communication for the Empire for the first time in ancient China's Sui Dynasty (581-618). By the 13th century, it consisted of more than 2,000 kilometers of artificial waterways, linking five of China's main river basins. 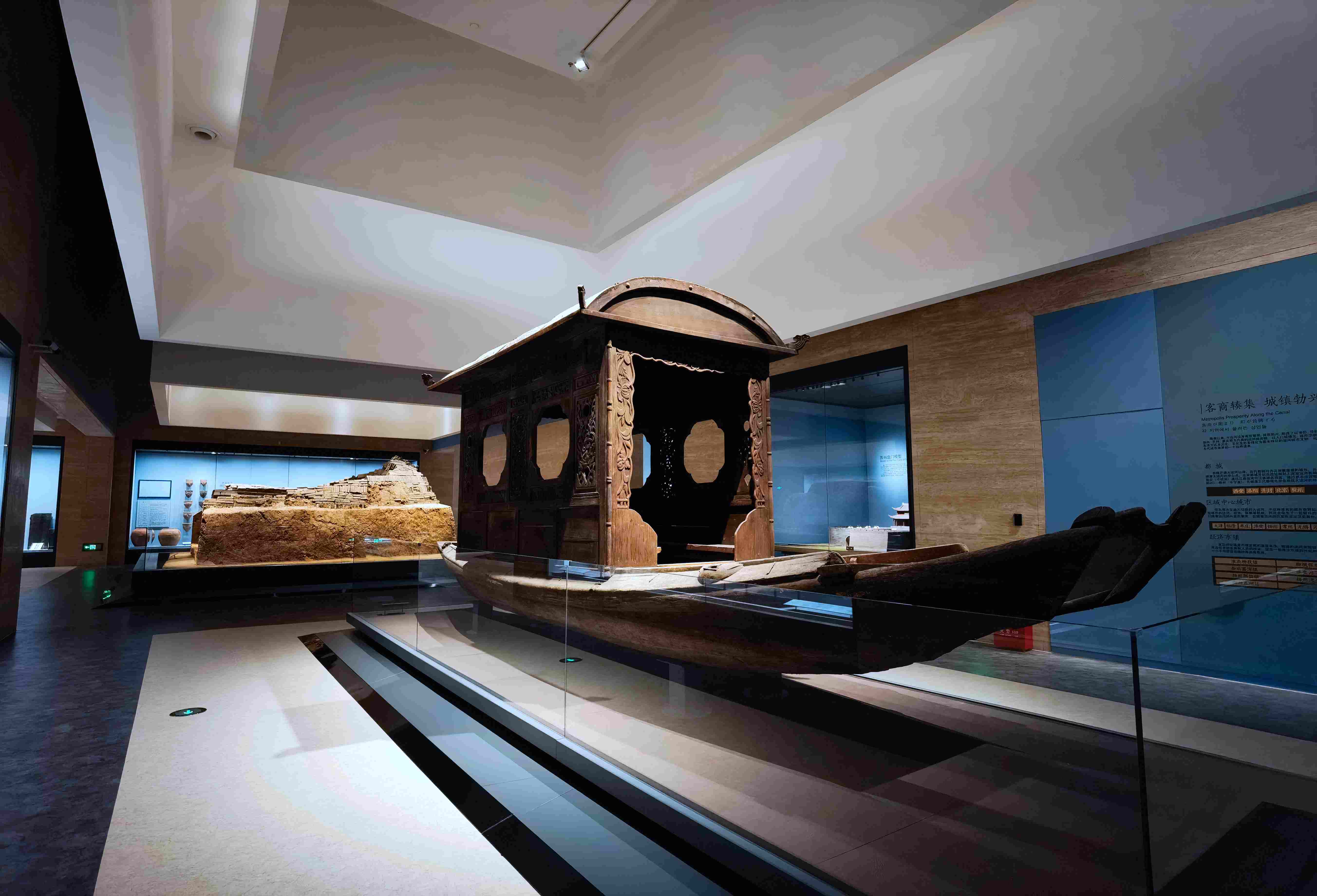 Some of the exhibits on display at the Yangzhou China Grand Canal Museum in Yangzhou, east China's Jiangsu Province. /CGTN

Some of the exhibits on display at the Yangzhou China Grand Canal Museum in Yangzhou, east China's Jiangsu Province. /CGTN

The canal was a pillar for the economy, social stability and government functions in ancient China. It also helped the evolution of Chinese culture by enhancing communication between the south and the north.

Apart from the historical relics, the exhibitions can tell stories through media integration, the four seasons of the Grand Canal and the beautiful life it brings to the people. The museum also creates immersive experiences to children, who can find various plants and animals in wetlands along the Grand Canal, which reflects biological diversity.

"From a cultural relics protection unit to world cultural heritage, to the construction of cultural belts and national cultural park, our understanding is that we should embody the value of the canal," said Gong Liang, the dean of Nanjing Museum.