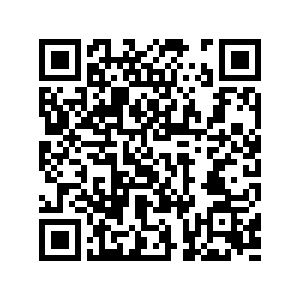 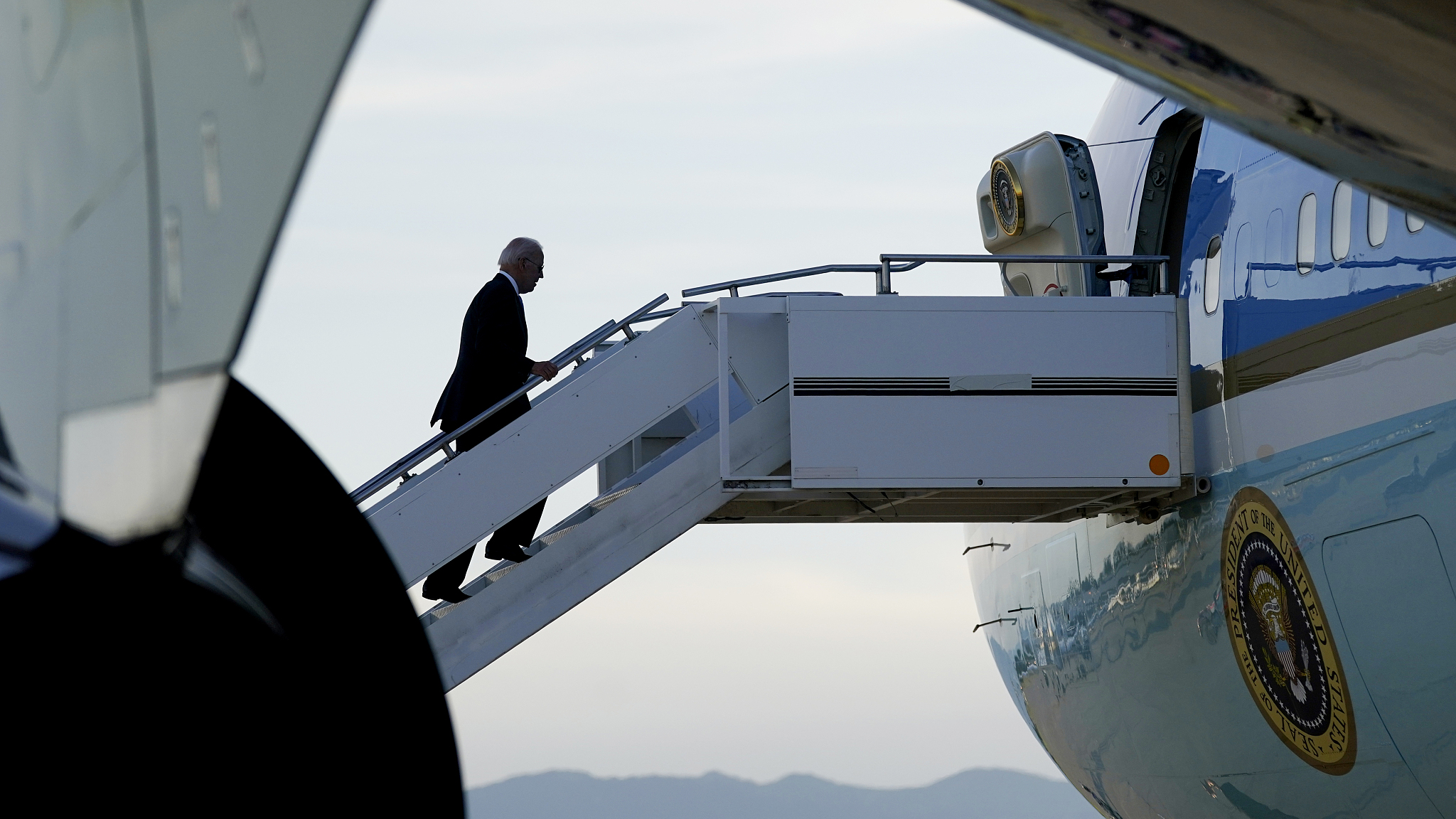 Editor's note: Huang Yongfu is an economic affairs commentator. After completing his PhD, he began his career at the University of Cambridge and then moved on to the UN system. He is the author of many papers and books on economics. His current interests lie in global development and Sino-U.S. links, especially trade, financial and technological issues. The article reflects the author's opinions and not necessarily the views of CGTN.

Joe Biden's first overseas trip as U.S. President has successfully demonstrated the forging of a new U.S.-led "axis of evil" that harbors racist, xenophobic and neo-imperialist sympathies geared toward aggression and a divisive world.

It is this week with the spectacle of Mr. Biden meeting with leaders from the Group of Seven (G7), North Atlantic Treaty Organization (NATO) and the European Union that produced unprecedented back-to-back rebukes of China, ranking among the most cynically contrived, morally contemptible, soul-corrupting acts of political degeneracy ever attempted.

With some democracies being "hijacked," the U.S.-led communiques released after the G7 and NATO summits set an exceptionally dangerous precedent that threatens to deprive a country's legitimate right to develop. It shows that the 21st century has ushered in grim circumstances where a steady deterioration in the global political balance threatens the security of the world, especially the developing world, on a scale not seen since the Cold War. The two communiques have become a byword for unprincipled chicanery and political extremism, marking a new low-water mark for political hypocrisy and cynical self-aggrandizement.

Since being elected, Mr. Biden has sought to marshal the world's so-called major democracies in a joint effort to build momentum for an international coalition to counter Chinese influence in the world, leading the U.S. down a foolhardy path. To divide the world, the U.S. has obsessively imposed unprecedented pressure upon its allies to disown China, for example, China's 5G technology and Belt and Road Initiative (BRI) projects.

The policy of forging a new "axis of evil" to push Beijing politically, economically and militarily on the back foot underlines nefarious designs. The world history has been replete with the brazen careerist with an unerring drive to contain development partners without any principle in the service of self-advancement that often makes the whole global development enterprise so suffocated.

With outdated Cold War-era zero-sum mentality, Biden's global strategy is simply not able to belie the divisive nature of America's neo-imperialist designs in the 21st century. It is unfortunate that Biden's global strategy will not strengthen the free international order or help assume his country's global leadership as a responsible power, but reinforces controversial American interventionism.

Singling out China as the geopolitical threat of the 21st century is nothing short of farcical and totally based on concocted scenarios, as once again demonstrated by the latest G7 and NATO communiques. 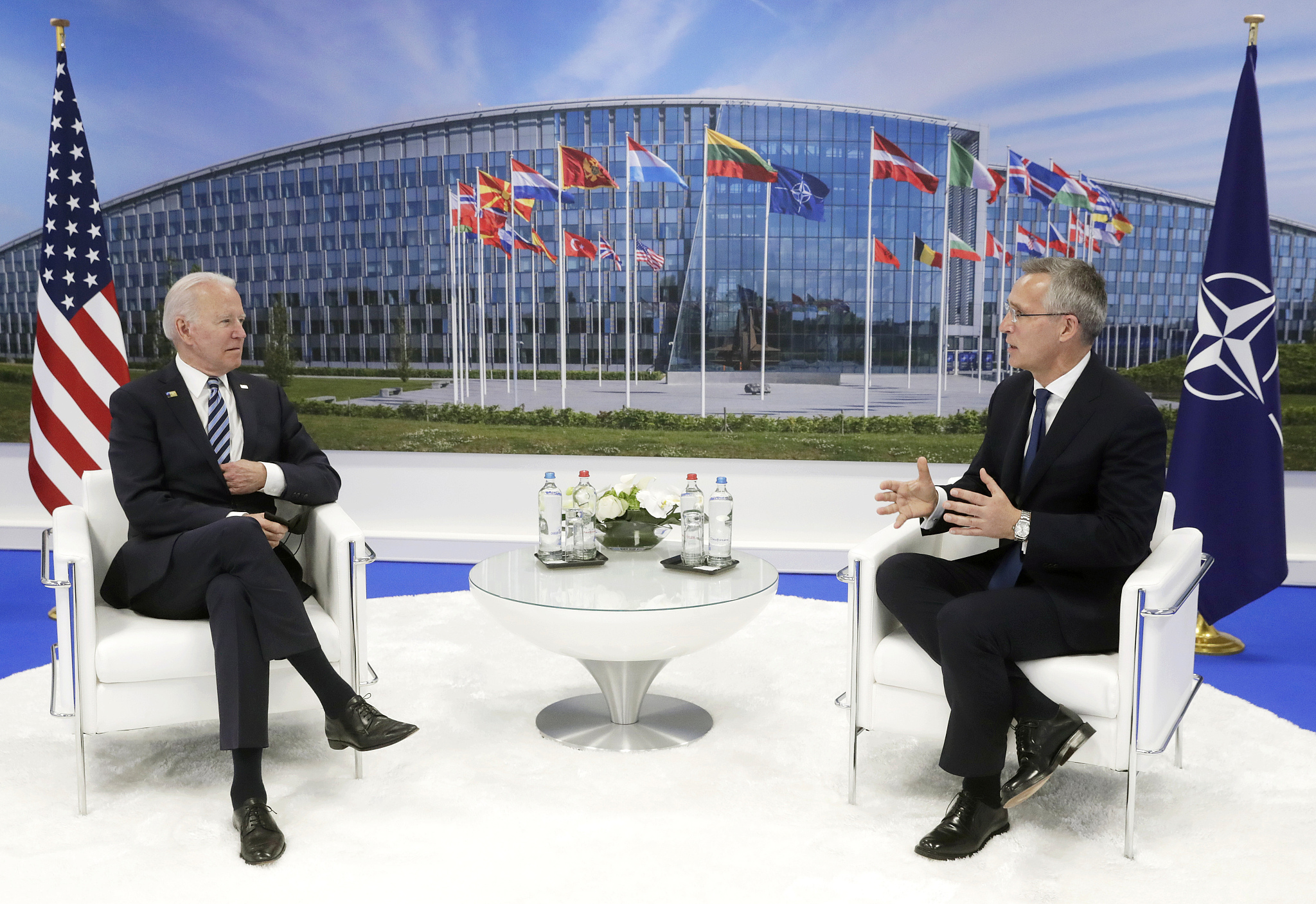 NATO Secretary General Jens Stoltenberg speaks with U.S. President Joe Biden during a bilateral meeting on the sidelines of a NATO summit at NATO headquarters in Brussels, June 14, 2021. /VCG

NATO Secretary General Jens Stoltenberg speaks with U.S. President Joe Biden during a bilateral meeting on the sidelines of a NATO summit at NATO headquarters in Brussels, June 14, 2021. /VCG

The strong language about China from the two communiques is particularly striking. Observers pointed out that the latest G7 communique might mark the most comprehensive critique of China since the summits began in 1975, while the latest NATO communique represents a huge shift from past NATO summits which barely mentioned Beijing.

The G7 communique asked China "to respect human rights and fundamental freedoms, especially in relation to Xinjiang and those rights, freedoms and a high degree of autonomy for Hong Kong enshrined in the Sino-British Joint Declaration and the Basic Law," besides expressing concern about "the situation in the East and South China seas" and opposing any "unilateral attempts to change the status quo and increase tensions." It makes clear that the G7 would continue to consult on how to challenge China's "non-market policies and practices which undermine the fair and transparent operation of the global economy." It also lays out plans to counter Chinese BRI projects with the G7 clubbing together to fund infrastructure projects.

The irrefutable fact is that China hasn't coerced any sovereign democratic state, invaded or occupied other nations, exported revolution, or carried out diplomacy with ideological strings attached.

The lengthy NATO communique says China's growing influence and international policies present "systemic challenges to the rules-based international order," and "we will engage China with a view to defending the security interests of the alliance."

China doesn't have an agenda to upend the international system or global ambitions of subverting western alliances, but cooperate well with multilateral organizations like the United Nations or the World Trade Organization, and take measures to counter shared threats to humanity like climate change and health threats.

Furthermore, China has pursued mutually beneficial and balanced relations with all countries so long as these countries aren't aimed against it in a hostile manner. It has been the engine for the largest poverty alleviation campaign in human history and is now serving as the stabilizing economy in the world.

In fact, it is the U.S., not China, that has been guilty of all these threats: wars of aggression were commonplace, unilateral sanctions were constant and breaches of sovereignty were just tedious business.

During these historic times, in addition to the shared threats that humanity faces from the COVID-19 pandemic, climate change, and other pressing issues, the U.S. government and its ruling duopoly emerge as a new source of threats that are endangering all of the people on this planet.

The harsh reality calls for rational thoughts and a sense of justice to prevail and differences to be narrowed through consultation.

In order for humanity to survive this unprecedented series of cascading crises that threaten its continued existence, developing world and developed nations with a sense of justice must unite and strengthen the cooperation for the common good which requires embracing integrity and distancing itself from evil.