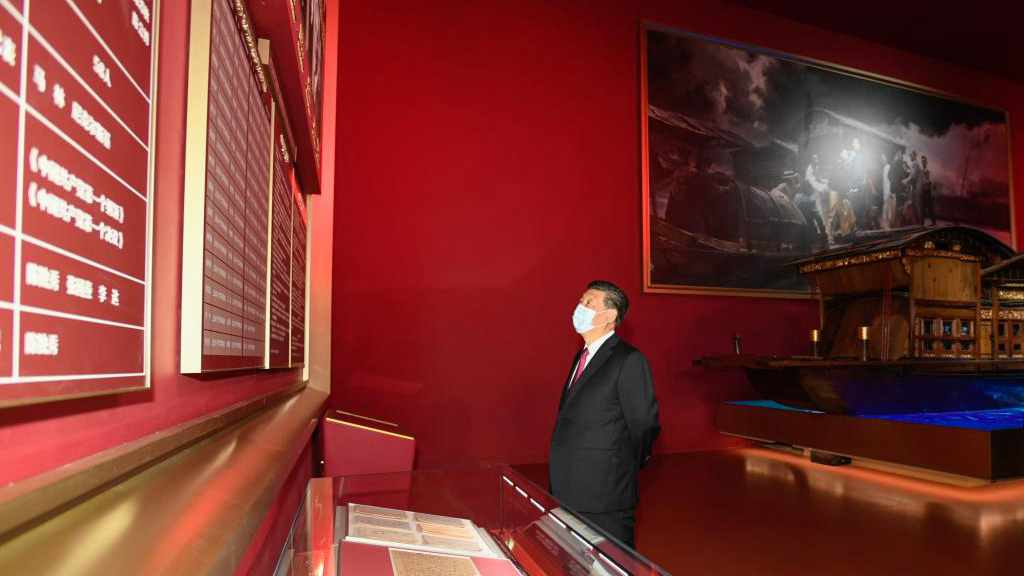 Xi Jinping, general secretary of the Communist Party of China (CPC) Central Committee, called on members of the CPC to draw strength from the Party's history and strive for China's modernization and national rejuvenation.

Xi made the remarks on Friday when visiting an exhibition on the history of the CPC in Beijing. The visit comes less than two weeks before the CPC's centenary on July 1.

What does 'staying true to the original aspiration and founding mission' mean for the CPC?

What are generations of Chinese Communists striving for? 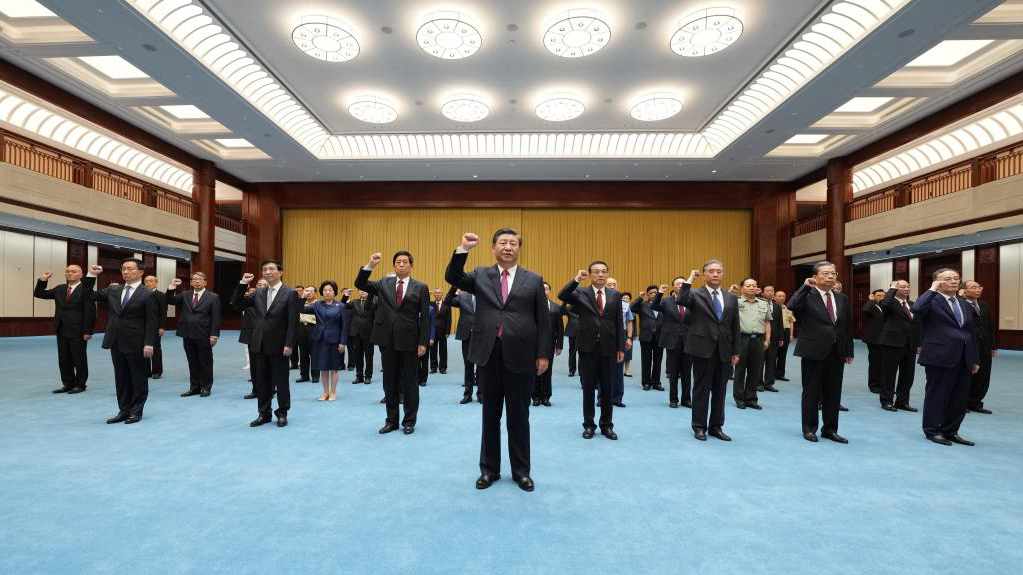 More than 2,600 pictures and more than 3,500 artifacts are on display in the exhibition, which opened at the Museum of the Communist Party of China on Friday. The exhibition shows different stages of the Party's history – from the revolutionary period to the founding of the People's Republic of China, and from the beginning of reform and opening-up to a new era of socialism with Chinese characteristics and a new journey toward socialist modernization.

Xi urged CPC members, high-ranking officials in particular, to bear in mind the course of the Party's struggles and shoulder the historic mission today as China enters a new development stage.

After visiting the exhibition, Xi and other senior Party leaders reviewed the oath of the CPC.