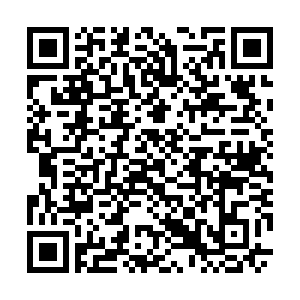 The United States, the European Union, Britain and Canada joined forces Monday to impose sanctions on several senior officials in Belarus over the forced diversion to Minsk of a passenger plane travelling between two EU countries last month.

Asset freezes and travel bans were also imposed on a number of officials linked to the security crackdown that continues to rock the country some 10 months after Belarusian President Alexander Lukashenko returned to power.

"We are committed to support the long-suppressed democratic aspirations of the people of Belarus, and we stand together to impose costs on the regime for its blatant disregard of international commitments," the four said in a joint statement.

The EU imposed new sanctions on 78 individuals and eight entities in Belarus, of which seven individuals and one entity were sanctioned over the forced landing incident.

The Council of the European Union said that four rounds of restrictive measures on Belarus apply to a total of 166 persons and 15 entities. Borrell said he did not exclude a fifth round of sanctions.

On May 23, a Ryanair passenger plane en route from Athens to Vilnius was diverted to land in Minsk. The Irish airline said flight FR4978 was directed to an airport in Minsk as crew on the plane had been alerted to a possible security threat by Belarusian authorities, adding that nothing untoward was found.

Talking of the incident, Belarusian Transport Ministry Aviation Department Director Artem Sikorsky told reporters on May 24 that the country had received a bomb threat.

"Belarus has always opposed, in words and deeds, confrontation. We are for dialogue and understanding. But being a sovereign state, we will respond decisively, though with regret, to the unfriendly actions in order to protect our national interests," the Belarusian Ministry of Foreign Affairs said in response to the last round of EU sanctions in October 2020.