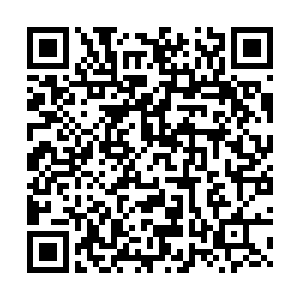 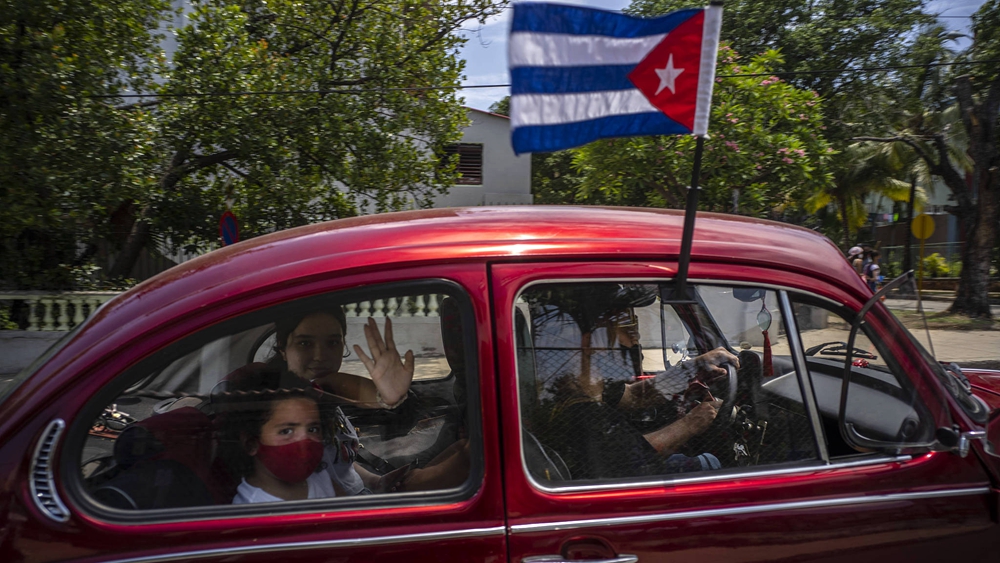 People wave a Cuban flag from a car during a rally to protest the U.S. embargo against Cuba in Havana, Cuba, June 23, 2021. /CFP

People wave a Cuban flag from a car during a rally to protest the U.S. embargo against Cuba in Havana, Cuba, June 23, 2021. /CFP

Chinese Foreign Ministry has expressed hope that the U.S. will develop normal relations with Cuba in accordance with the purposes and principles of the UN Charter and the basic norms of international relations.

"This is in line with the common interests of the U.S. and Cuban people and is conducive to peace and stability in the entire American region," spokesperson Zhao Lijian said at a regular press conference on Thursday.

The U.S. on Wednesday again voted against UN's call to end Cuba embargo.

China consistently advocates for respecting the right of countries to choose their own social systems and development paths, safeguarding the international order based on international law, and defending international fairness and justice, Zhao said.

He added that China is against imposing unilateral sanctions on other countries by military, political, economic or other means.

The spokesperson also urged the U.S. to immediately and fully lift the economic, commercial and financial embargo against Cuba, saying it is the universal call of the international community.

On Wednesday, a Chinese envoy called for an end to U.S. unilateral coercive measures against other countries, criticizing the moves for violating international rules.

Zhang Jun, China's permanent representative to the United Nations, made the appeal at a UN General Assembly meeting on the necessity of ending the economic, commercial and financial embargo imposed by the United States against Cuba.

At present, the COVID-19 pandemic is delivering serious shocks to the socioeconomic development of all countries, particularly developing countries, making it all the more difficult to implement the 2030 Agenda for Sustainable Development. All countries should bear in mind a community of shared future for mankind, join hands in fighting the pandemic so as to build back better and seek common development, Zhang said.

The U.S. embargo against Cuba and coercive measures against other countries do not go well with the international trend of peace, development and win-win cooperation, Zhang said. The measures violate the international consensus on the 2030 Agenda and harm the rights of the peoples of the countries concerned to survival and development, and basic human rights and must be stopped immediately, he insisted. 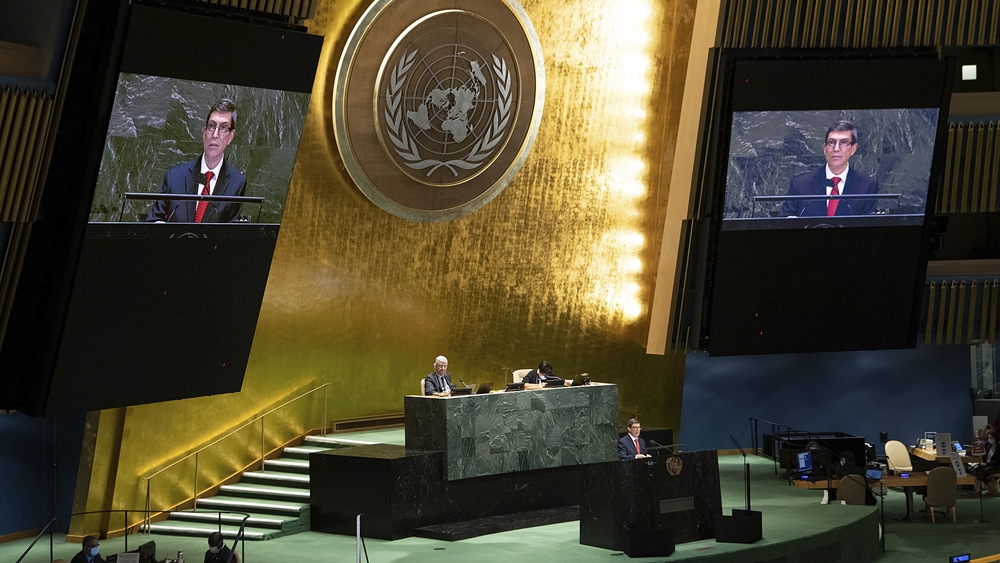 For 28 consecutive years, the UN General Assembly has adopted resolutions with an overwhelming majority on the necessity of ending the U.S. embargo against Cuba. The resolutions represent the just call of the international community and must be effectively implemented, he said.

The UN General Assembly once again backed a resolution demanding the lifting of U.S. trade restrictions on Cuba on Wednesday.

"It is regrettable that the economic, commercial, and financial embargo imposed by the United States against Cuba, instead of being stopped, has, on the contrary, recently been intensified," Zhang said.

"This has seriously violated the purposes and principles of the UN Charter and relevant General Assembly resolutions, severely restricted the access of the Cuban people to medicine, vaccines, and supplies needed for fighting the pandemic," he added.

"It has also severely hindered the efforts of the Cuban people in achieving sustainable development goals, such as poverty eradication, and seriously affected Cuba's normal economic, financial, and development cooperation with other (UN) member states."

China has also urged the U.S. to lift its unilateral sanctions against Iran during talks on the revival of the 2015 Iran nuclear deal.