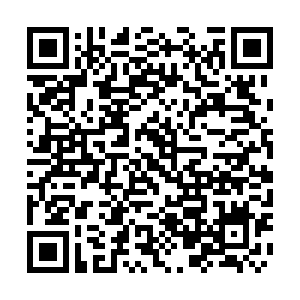 China on Friday slammed U.S. President Joe Biden's comments on the closure of Hong Kong's Apple Daily, calling the remarks "baseless", and restated the arrest of the newspaper's senior executives is not a crackdown on "press freedom."

Biden on Thursday called the shutdown of Apple Daily a "sad day for media freedom."

Chinese Foreign Ministry spokesperson Zhao Lijian refuted the remarks, stressing that the arrest made by the police of the Hong Kong Special Administrative Region (HKSAR) is to fight crime and safeguard social order and justice.

It is an act of justice based on the law, note Zhao, reaffirming the central government's firm support to the HKSAR government and Hong Kong police on their efforts in defending national security and the city's prosperity.

He also reiterated that the HKSAR is a law-based society, and no individual or institution is above the law.

No one is above law, China says on arrest of Apple Daily directors

According to the Chinese foreign ministry spokesperson, the national security law is targeted at the few separatists that attempt to disrupt society. It respects and protects the legitimate rights of the majority residents in Hong Kong, including the press of freedom, Zhao added.

The remarks were made in response to the claim made by a few media outlets which called the Apple Daily probe a crackdown on "press freedom." In Zhao's opinion, they are either "playing the fool" or "confusing right and wrong."

Apple Daily said on Wednesday afternoon that it will roll off its last print edition on Thursday and stop updating its website after midnight.

The Liaison Office of the Central People's Government in the HKSAR on Friday also echoed Zhao's words by saying that Apple Daily is probed for violating the national security law as it has become the "political tool" of its owner Jimmy Lai Chee-ying, who is also an instigator of Hong Kong riots, to help him collude with external forces to endanger national security.

The Liaison Office expressed firm support for the actions taken by the HKSAR government and emphasized that national sovereignty as well as the authority of the national security law allow no infringement.