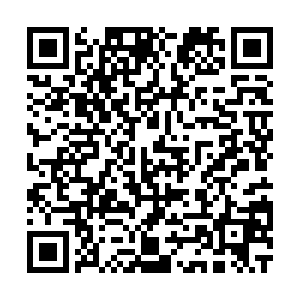 The husband defends the abode, and the wife feeds the family - this is how a paradise flycatcher couple shares the responsibility of raising their four chicks. 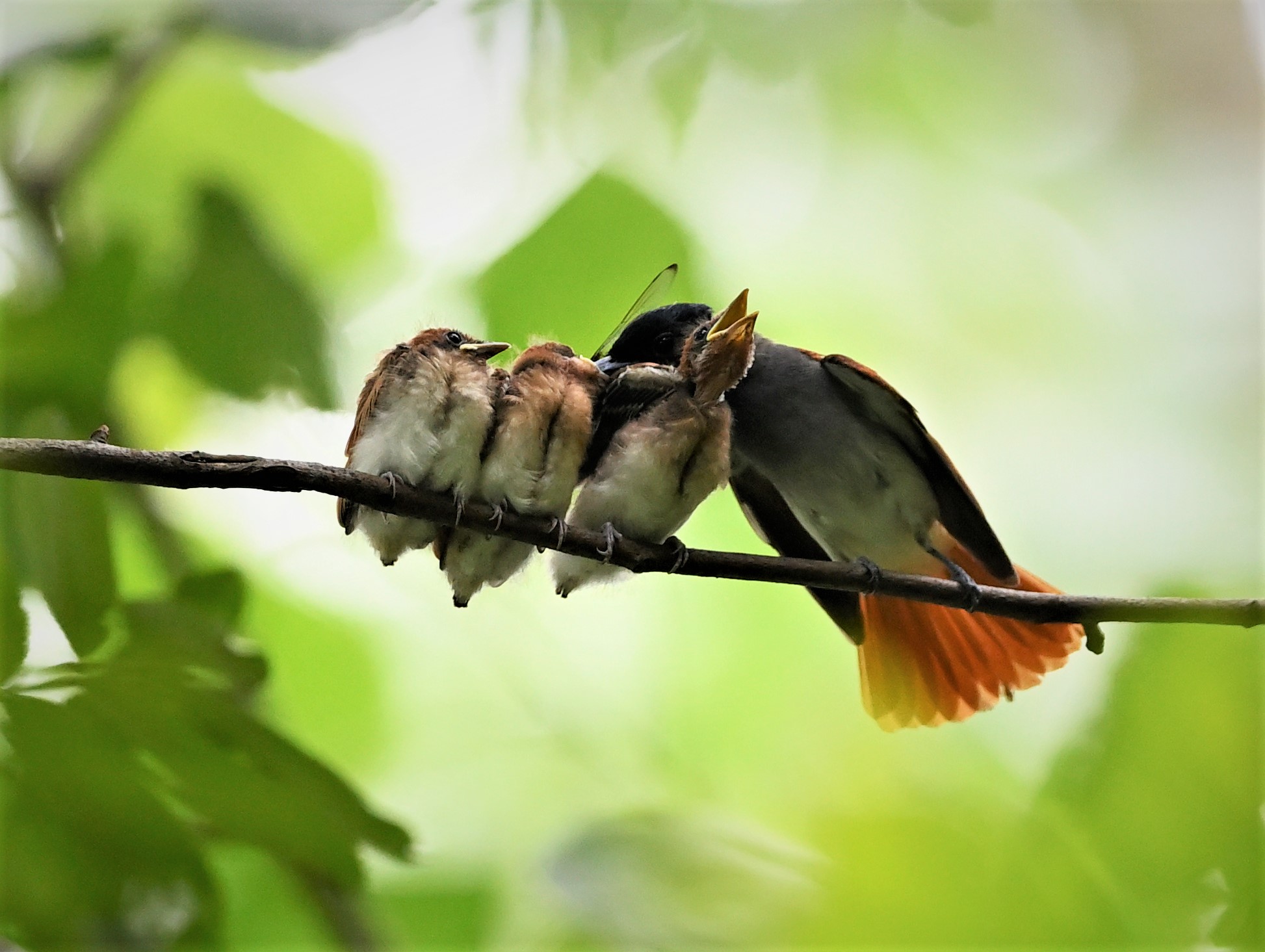 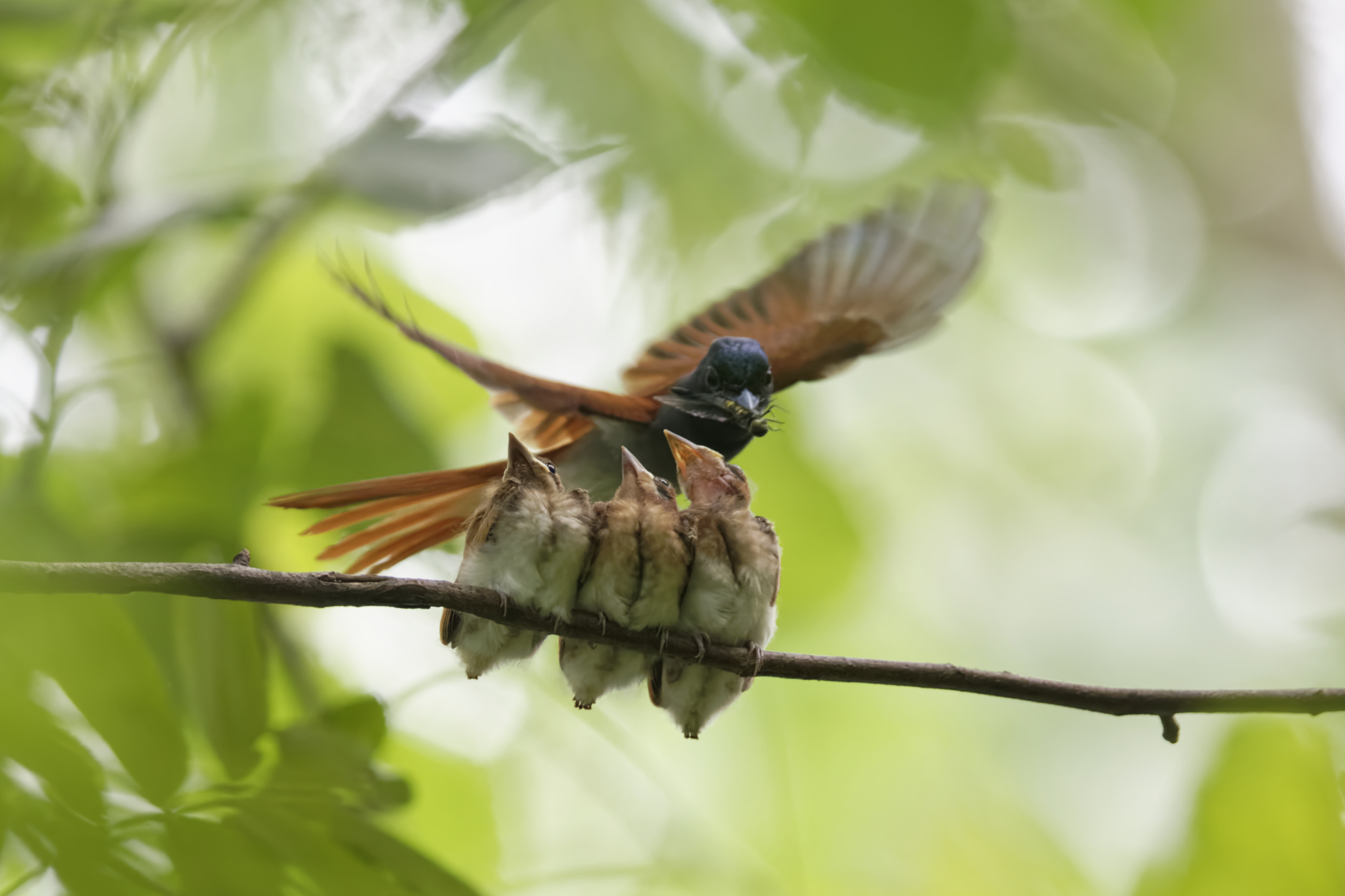 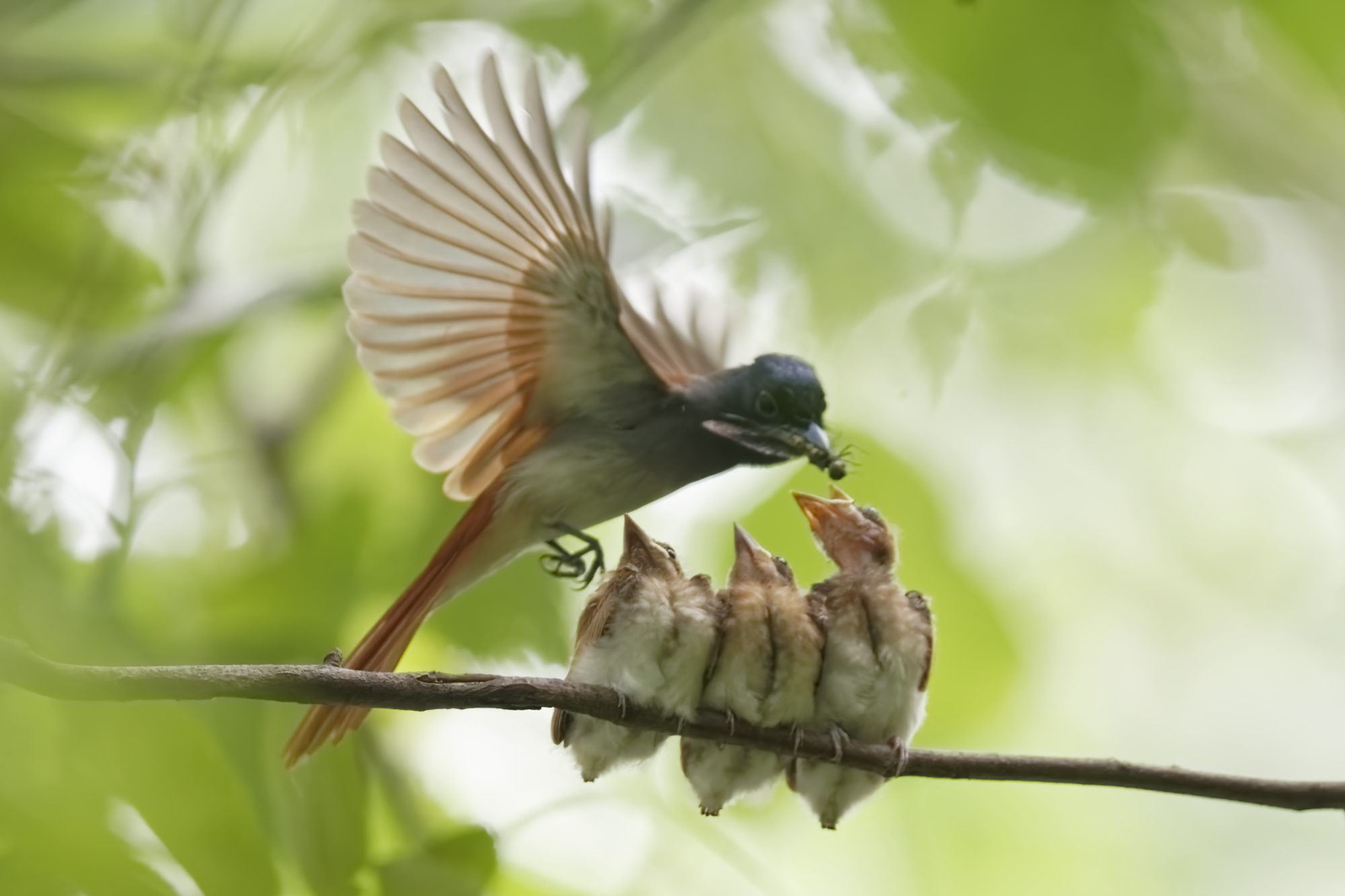 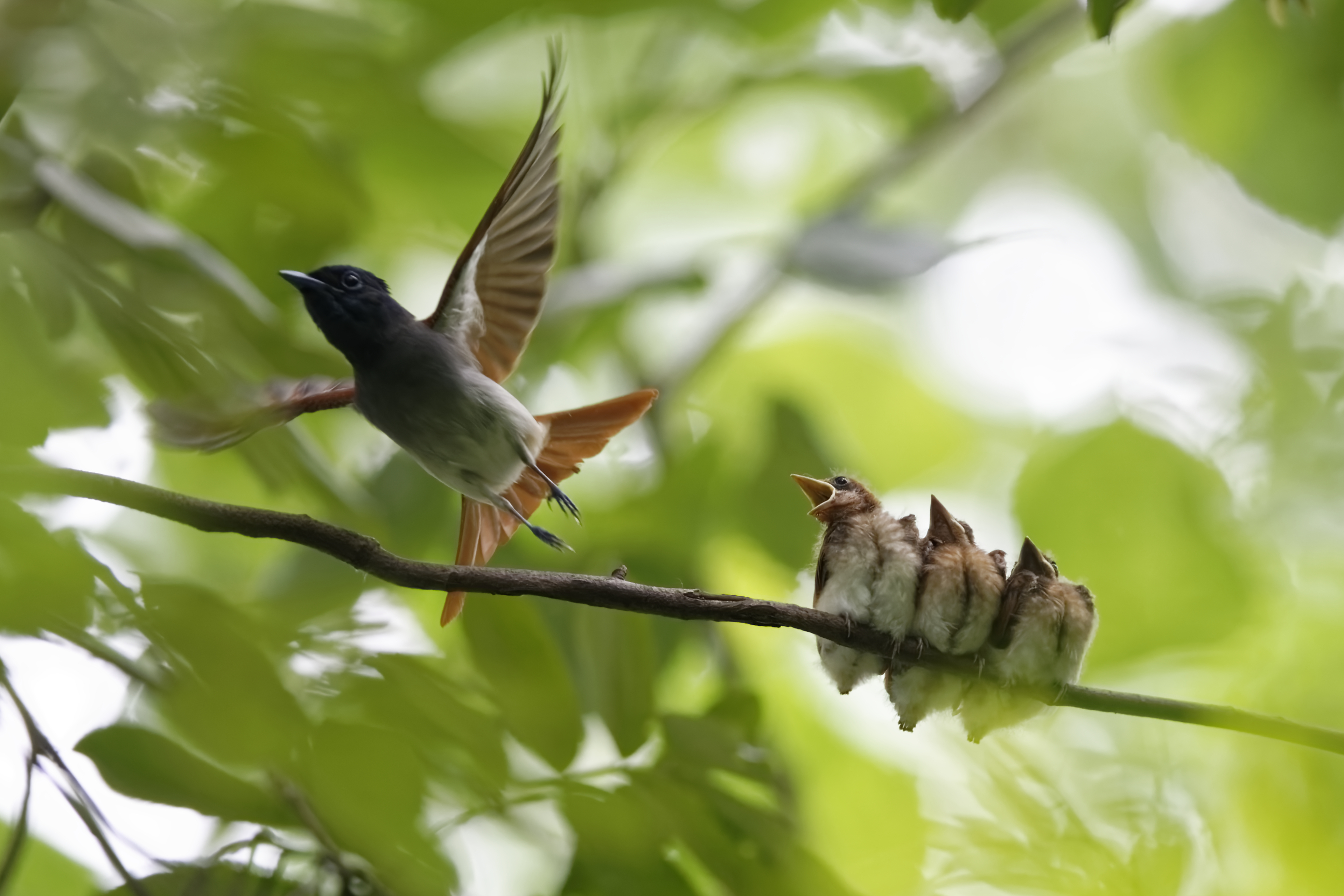 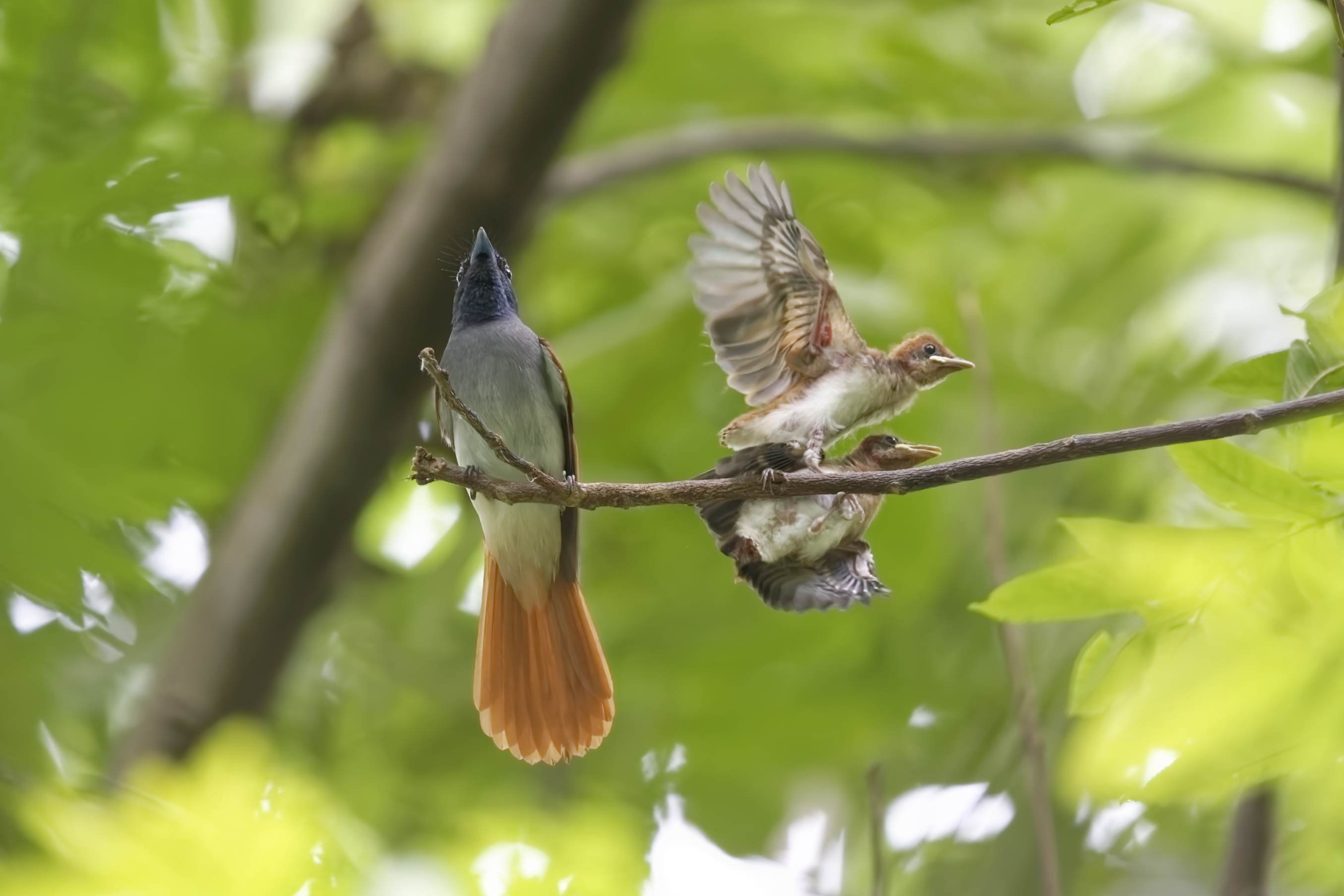 The husband, with white plumage and a long tail, flies around the nest, driving away other birds such as magpies upon their approaching. The wife with rufous feathers brings insects such as dragonflies back to the nest to feed the young birds.

Among the four newborns, three have left the nest and can stand on tree branches while one chick stays in the nest.

Grey-headed lapwing takes to the sky in central China

A romantic moment for a sunbird couple

Pheasant with longest tail takes to the sky in central China

(All images provided by Zhang Yehua)