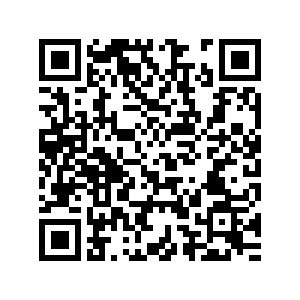 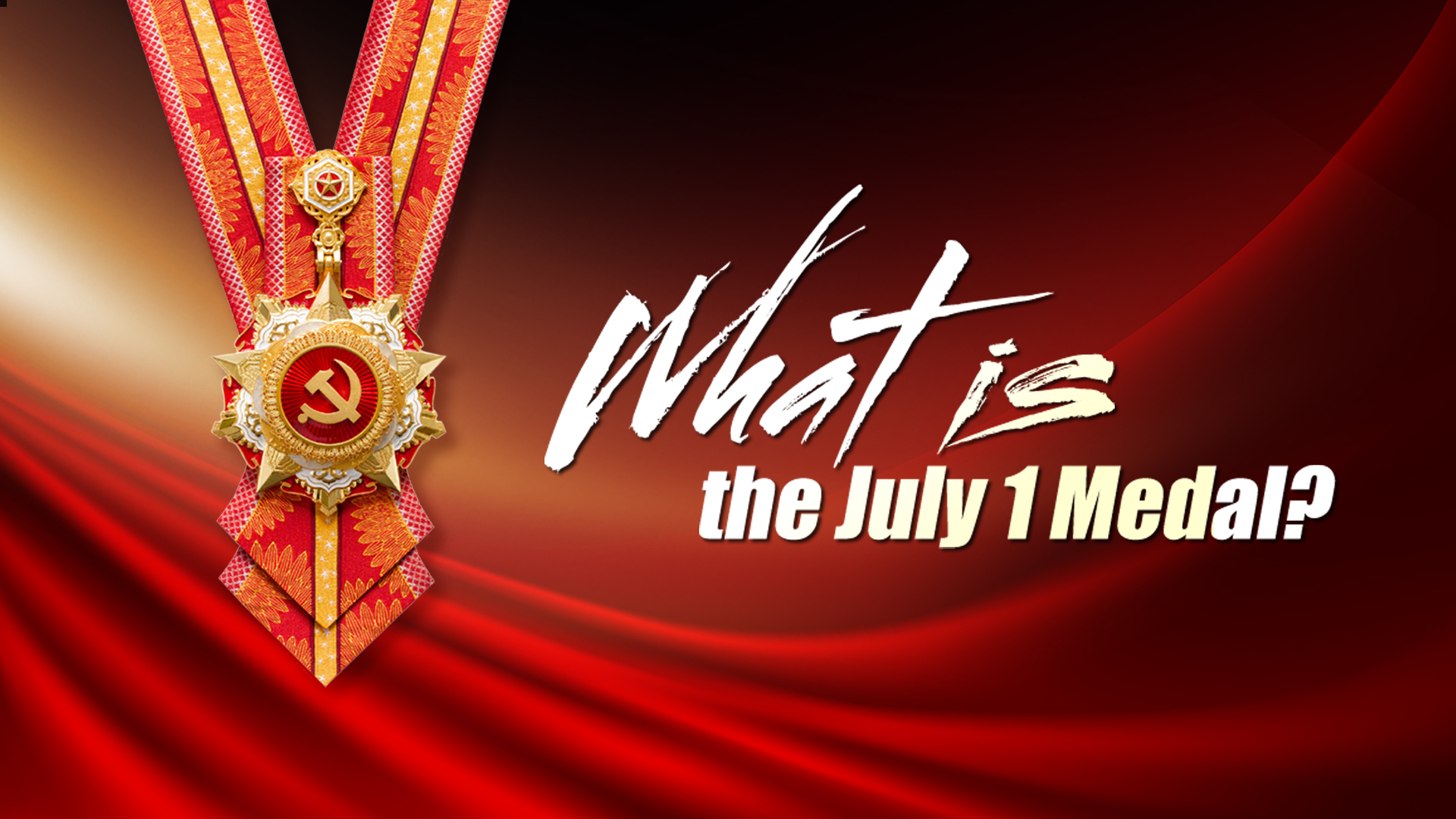 China on Tuesday will award the July 1 Medal to outstanding members of the Communist Party of China (CPC) for the first time as the Party celebrates its centenary this year, at an awarding ceremony in the Great Hall of the People in Beijing.

The July 1 Medal, established by the CPC Central Committee, is the highest honor in the Party.

In 2017, the Party issued measures on granting this honorary medal in accordance with the regulation on establishing and improving the honor and reward system of the Party and the nation.

The regulation was approved in 2015 by the Political Bureau of the CPC's Central Committee. 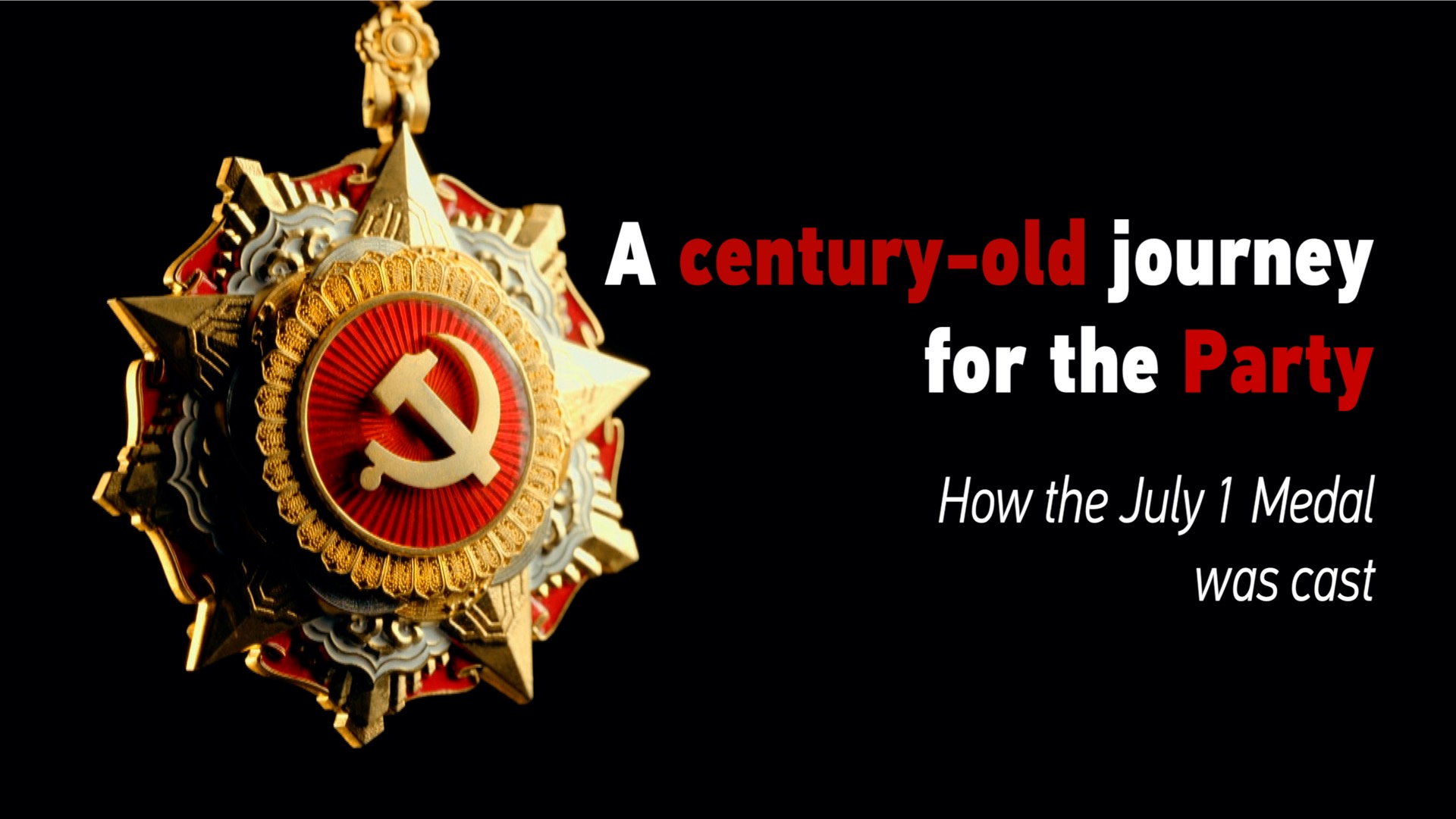 The medal, with red, gold and white as its main colors, adopts such key elements as the Party emblem and the five-pointed star.

The accolade will be granted every five years to celebrate the Party's major anniversaries. This year, 29 people have been chosen as the first recipients of the medal.

The medal is also the fifth in China's highest order of honor system, in addition to the "Medal of the Republic," the "August 1st Medal," the "Friendship Medal" and the national titles of honor. 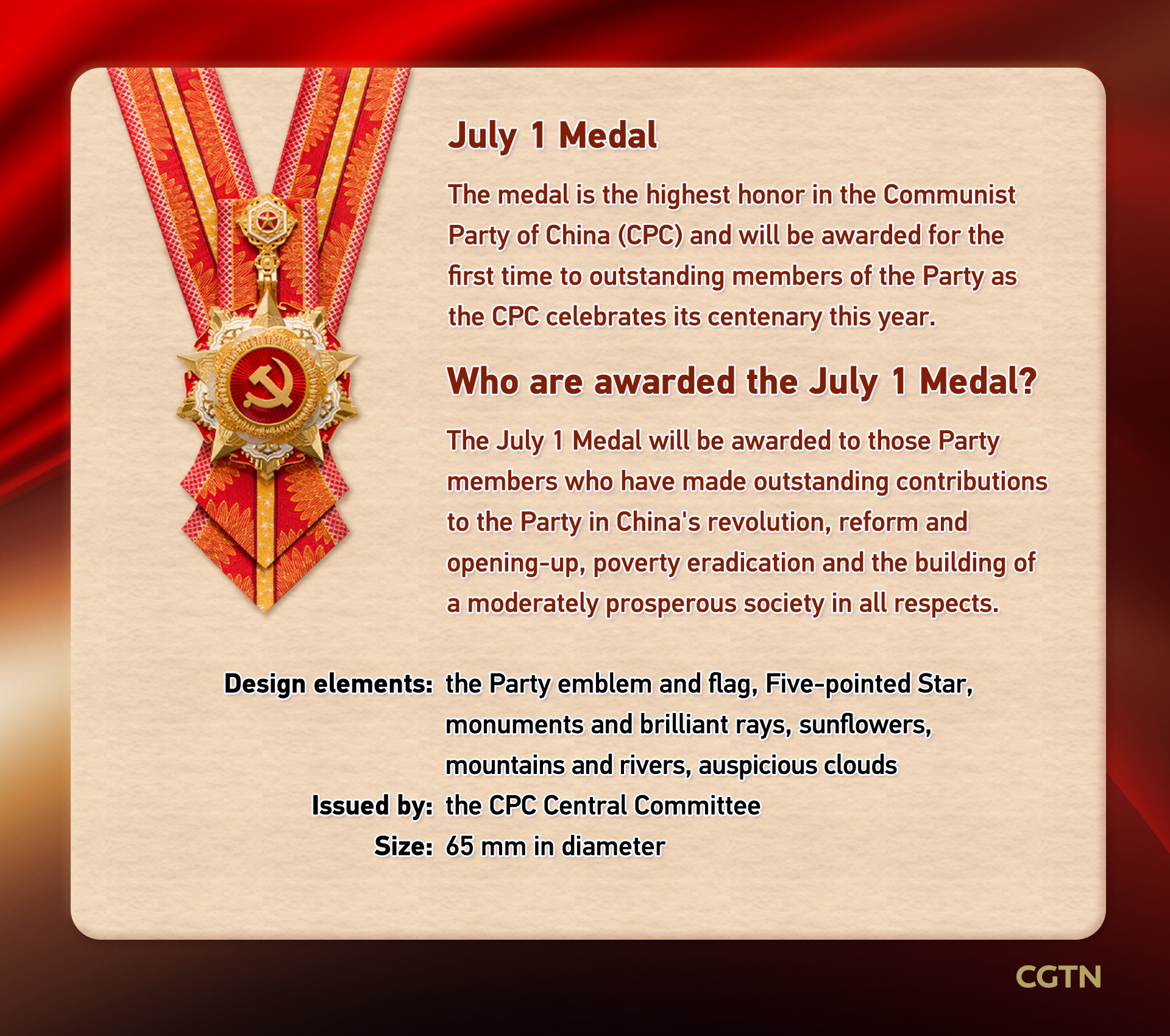