Download
Iran: no decision yet on extending monitoring deal with IAEA
CGTN 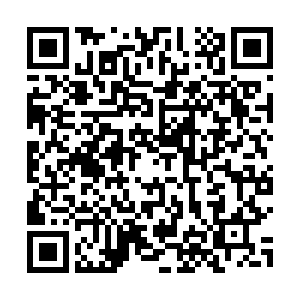 Iran said on Monday it has yet to decide whether to extend a monitoring deal with the UN nuclear watchdog.

"No decision has been made yet, either negative or positive, about extending the monitoring deal with the International Atomic Energy Agency (IAEA)," Iranian Foreign Ministry spokesperson Saeed Khatibzadeh told a televised weekly news conference.

"The agreement with the IAEA was to address some of the agency's concerns within the framework of a parliament bill. We agreed not to collect the cameras, but not to provide the agency with information and what is being recorded," Khatibzadeh added.

Asked if there is an expiration date for clearing the IAEA's camera data installed in some Iranian nuclear facilities, he said that Iran has not made any decision about the cameras and agreement with the agency.

In May 2018, the U.S. government under then President Donald Trump withdrew from the deal, formally known as the Joint Comprehensive Plan of Action (JCPOA), and unilaterally reimposed sanctions on Tehran. In response, Iran gradually stopped implementing parts of its commitments under the agreement from May 2019.

Iran's Strategic Action Plan to Counter Sanctions was passed by Iran's parliament in December 2020, requiring among other measures the Iranian government to stop implementing the Additional Protocol to the Non-Proliferation Treaty by February 23, in case the U.S. anti-Iran sanctions were not lifted.

The IAEA and Iranian officials reached a temporary understanding in February to keep the IAEA's monitoring cameras under Iran's supervision for a period of three months up to May 24, and deliver the records to the agency only after sanctions on the country are lifted.

On Friday, the IAEA demanded an immediate reply from Iran on whether it would extend the agreement, while U.S. Secretary of State Antony Blinken said any failure to extend it would be a "serious concern" for broader negotiations.