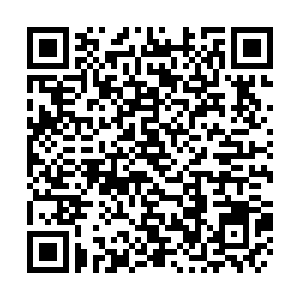 Lasting about seven hours, the spacewalk, the second in China's space exploration history, was much longer than the first in 2008 during the Shenzhou-7 mission that lasted about 20 minutes.

During the current mission, Chinese astronauts, or taikonauts, are equipped with the country's new generation of EVA spacesuits.

Weighing only 120 kg, the spacesuit can be adjusted to fit various taikonauts and it is energy-saving.

One of the most significant advances of the new-generation spacesuit is the functioning time in outer space is extended, Nie Haisheng, commander of the three-man crew, told China Media Group.

"They [the old spacesuits] could function for four hours. The duration increased to 7-8 hours for the new ones," Nie said, adding that the new version of spacesuits is also more flexible.

Like a miniature spacecraft, the suit can withstand temperature differences of up to about 300 degrees Celsius, and space radiation and many other challenges. 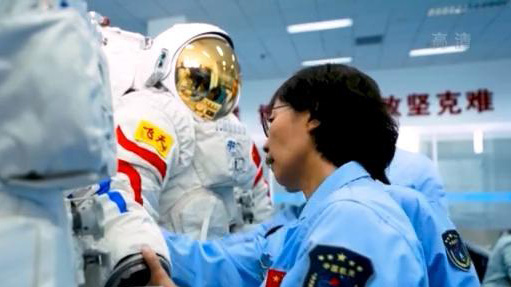 "The upper layer protects inner layers from scratches. And then we have an optional layer which acts like sunglasses in a strong glare."

Zhang said the body of the suit also has multiple layers and each of its critical functions has a backup to ensure the safety of the taikonauts.

Electronic devices have been attached to the suit, including video cameras, a vocal alarm system, and an electric console.

The Shenzhou-12 crew will conduct another EVA during their three-month mission at the space station.