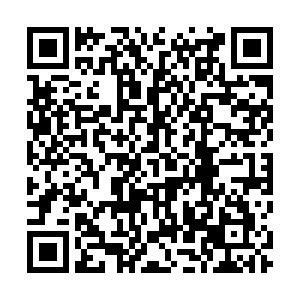 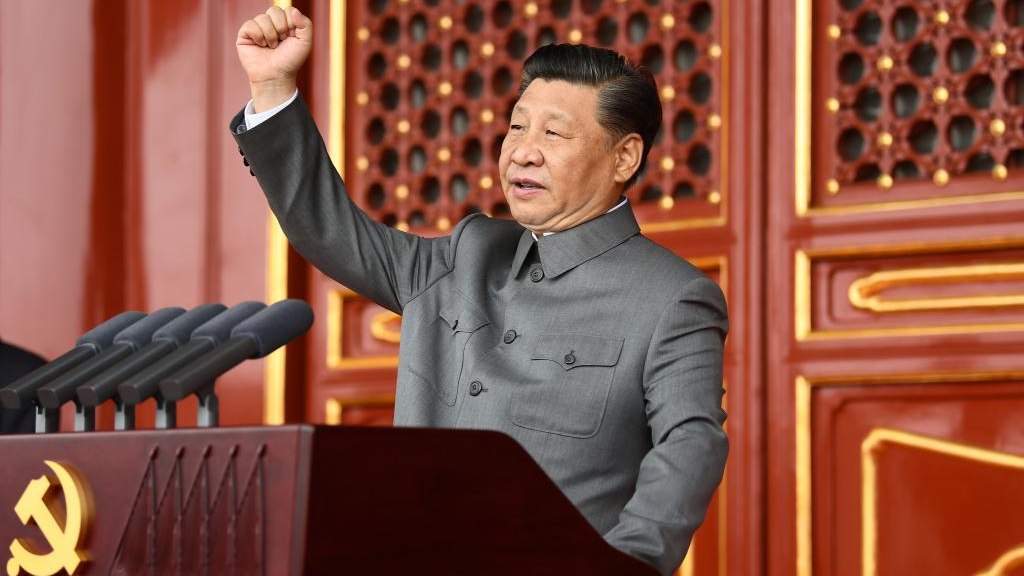 Xi Jinping, general secretary of the Communist Party of China (CPC) Central Committee, Chinese president and chairman of the Central Military Commission, delivers an important speech at the ceremony in honor of the 100th anniversary of the founding of the CPC in Beijing, capital of China, July 1, 2021. /Xinhua

Xi Jinping, general secretary of the Communist Party of China (CPC) Central Committee, Chinese president and chairman of the Central Military Commission, delivers an important speech at the ceremony in honor of the 100th anniversary of the founding of the CPC in Beijing, capital of China, July 1, 2021. /Xinhua

Editor's note: Radhika Desai is a professor of political studies at the University of Manitoba in Canada. This is the second piece of our "Decoding China" series. The article reflects the author's opinions and not necessarily the views of CGTN.

What a difference a quarter century makes! Back in the 1990s, when Bill Clinton was U.S. president, his administration was "engaging" with China and claiming that once China opened further to U.S. trade and investment, it would also "import democracy." Today, most Western media could not be more hostile. This is clear from their coverage of President Xi's speech at the centenary celebrations of the Communist Party of China (CPC). They focused on two quotes in a travesty of reportage.

Many of the platforms and outlets most deeply committed to waging a new Cold War against China, claiming to support "human rights" and "democracy" against "authoritarianism" and "repression," busied themselves with exploiting the difference between the literal and the normal and metaphorical interpretation of a four-character phrase the president used.

Giving no quarter to the metaphorical nature of the Chinese language, many Western outlets translated the four characters, "head breaks, blood flows," normally used to describe a range of things form a minor mishap to various more serious events, to make grotesque construals. The BBC was typical. It claimed President Xi had said, "Anyone who dares try to do that will have their heads bashed bloody against the Great Wall of Steel forged by over 1.4 billion Chinese people."

Of course, the West's uneasy conscience about China was also on full display with rival outlets, attached to powers interested in continuing business with China, being more sedate. Of course, they were, in turn accused by their Cold Warrior rivals of being too kind to China for business reasons.

President Xi's warning to those who would mount high horses to moralize and sermonize to China was the other part of his speech to be headlined, "We are also eager to learn what lessons we can from the achievements of other cultures, and welcome helpful suggestions and constructive criticism. We will not, however, accept sanctimonious preaching from those who feel they have the right to lecture us."

The quotation of this part of the president's speech went along with references to Western criticisms of its human rights record, particularly in Hong Kong. 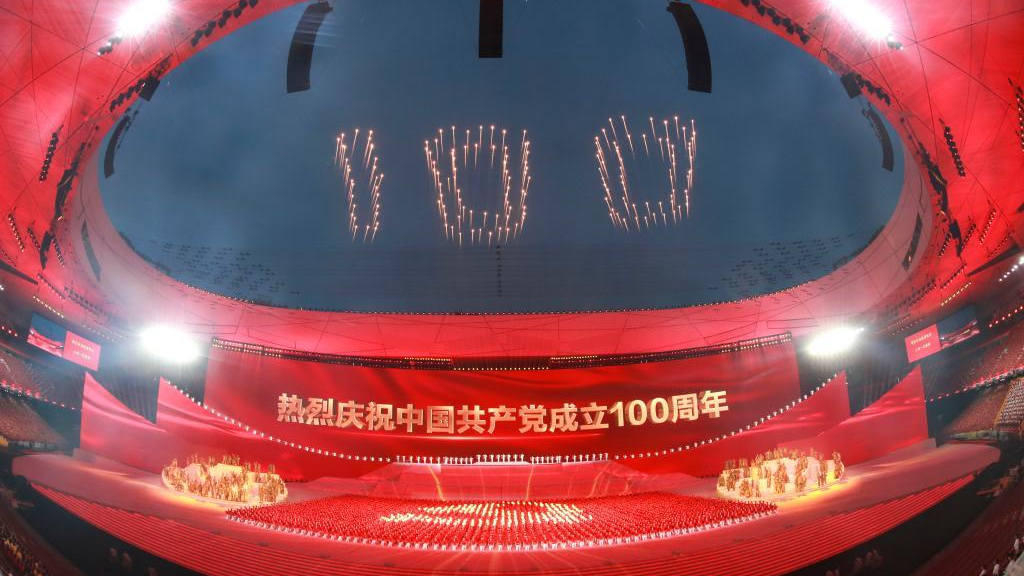 An art performance titled "The Great Journey" held in celebration of the 100th anniversary of the founding of the CPC at the National Stadium in Beijing, China, June 28, 2021. /Xinhua

An art performance titled "The Great Journey" held in celebration of the 100th anniversary of the founding of the CPC at the National Stadium in Beijing, China, June 28, 2021. /Xinhua

The change in the West's attitude over the past quarter century is entirely explained by its own mistaken assumptions. When Clinton claimed Western engagement with China would make it more democratic, he actually meant it would make it capitalist. Of course, when a less powerful nation turns capitalist, it becomes subservient to the capitalists of the imperial West, particularly the United States.

All the problems for the West arose from the fact that this did not happen. China's leaders realized soon, if they did not always know it, that the unrestrained "opening up" the West desired was different from what they envisaged; not just by degree but they were polar opposites. What China wanted was a cooperative, mutually beneficial opening. What the West wanted was China's subordination to itself, much like many Third World countries or, for a time, post-Soviet Russia.

If it had happened, it would have constituted complete subordination to a capitalist U.S. and West at a time when they were becoming less and less economically dynamic and more and more plundering, speculative and rentier.

China's refusal to cooperate in such subordination became clear to the ever more embattled governments of the U.S. in the wake of the 2008 financial crisis. Since then, U.S. attitudes began hardening. They started resorting to the sort of language the U.S. reserves for its enemies – the language hurled against "dictators," "suppressing humans rights" and "killing their own people."

Of course, such rhetoric disregards many things. It is unmindful of the capitalist class rule their own merely liberal democracies are designed to perpetuate. It ignores the violations of human rights of women, Indigenous peoples, racial and ethnic minorities that are increasingly routine. It shrugs off the fact that Western governments not only have the blood of thousands of "their own people" on their hands but also of millions of "other people's people" in its long history of imperialism.

President Xi recalled the "intense humiliation" China suffered for a century before the CPC triumphed against imperialism. The CPC would lose its raison d'etre if it capitulated to it again.

The CPC leadership has not permitted this. That is why it has lived to celebrate its centenary. That is also why it is the target of the West's hysterical attacks. It should just shrug them off. Its true masters are the people of China. While they undoubtedly wish relations with the West were better, they can withstand and resist Western imperial aggression, as President Xi noted.