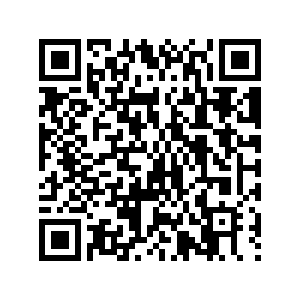 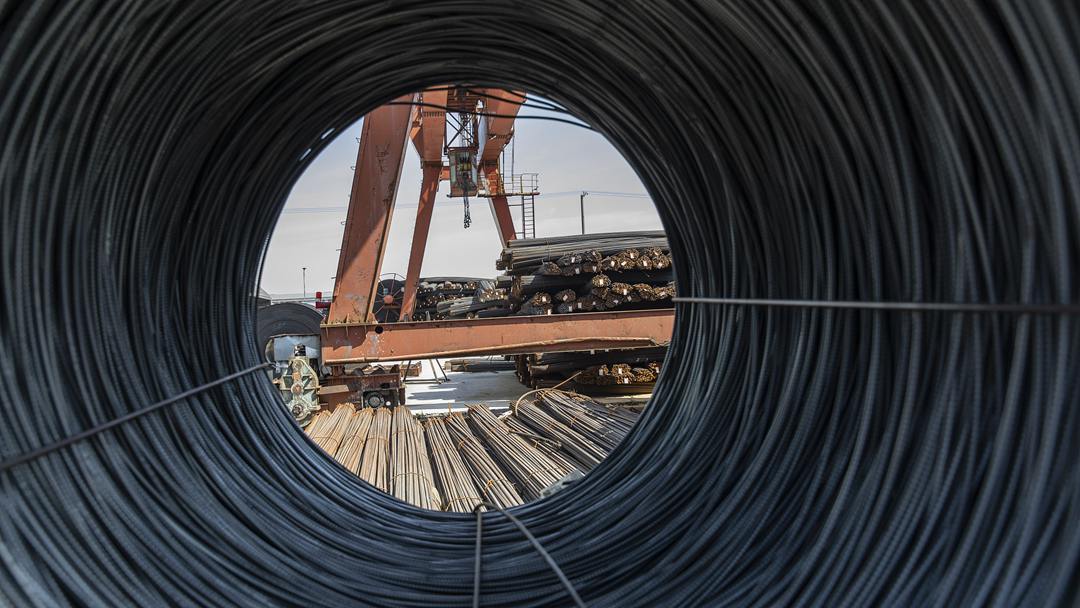 Coils and bundles of steel reinforcing bar next to a gantry crane at a metal stock yard in Shanghai, China, June 7, 2021. /VCG

Coils and bundles of steel reinforcing bar next to a gantry crane at a metal stock yard in Shanghai, China, June 7, 2021. /VCG

China's factory-gate prices saw a slightly slower growth in June from the near 13-year high in May, as prices for copper and steel fell after the limitation on metal prices, while inflation pressure also eased slightly in June, official data showed Friday.

The producer price index (PPI), which measures costs for goods at the factory gate, rose by 8.8 percent in June from a year earlier, compared with a 9-percent growth in May that was the highest since September 2008, the National Bureau of Statistics (NBS) said in a statement. 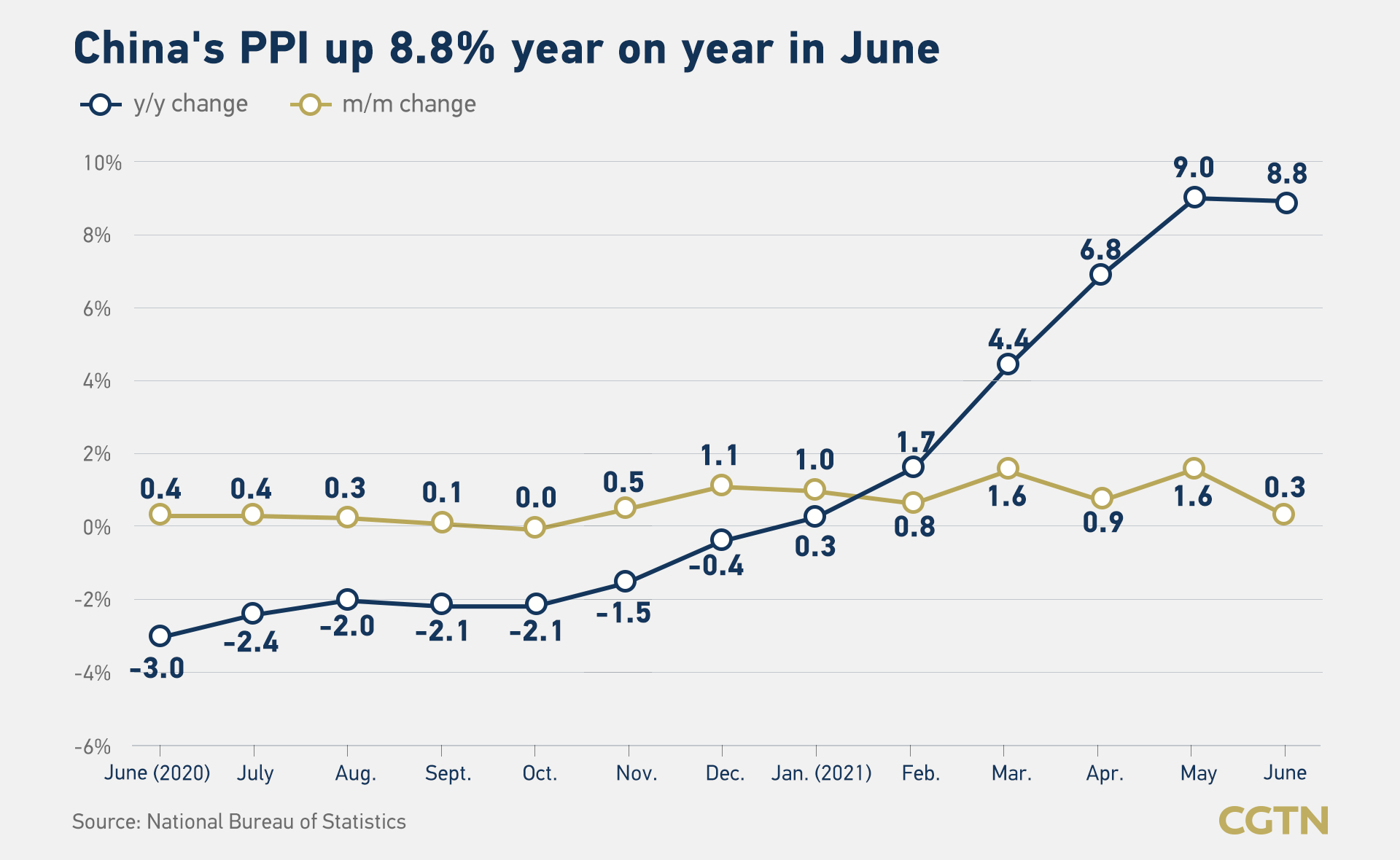 China's factory-gate prices surge 9% in May, highest since 2008

This was in line with market expectations, as analysts polled by Bloomberg, Reuters and The Wall Street Journal all had predicted an increase of 8.8 percent.

"The domestic policy of ensuring supply and stabilizing prices in the commodity sector is showing initial effect, driving an improvement in the market supply and demand, and a slowdown in price gains of industrial products," said Dong Lijuan, a senior statistician with the NBS.

The surge in raw materials prices in the first half of the year has already triggered a slew of responses from China, including efforts to ensure supply of raw materials and the latest plan to cut the reserve requirement ratio, Lu Ting, chief China economist at Nomura said in a note seen by CGTN.

Another major index, the consumer price index (CPI), a main gauge of inflation, went up by 1.1 percent year on year in June, down from May's 1.3 percent, according to the NBS. 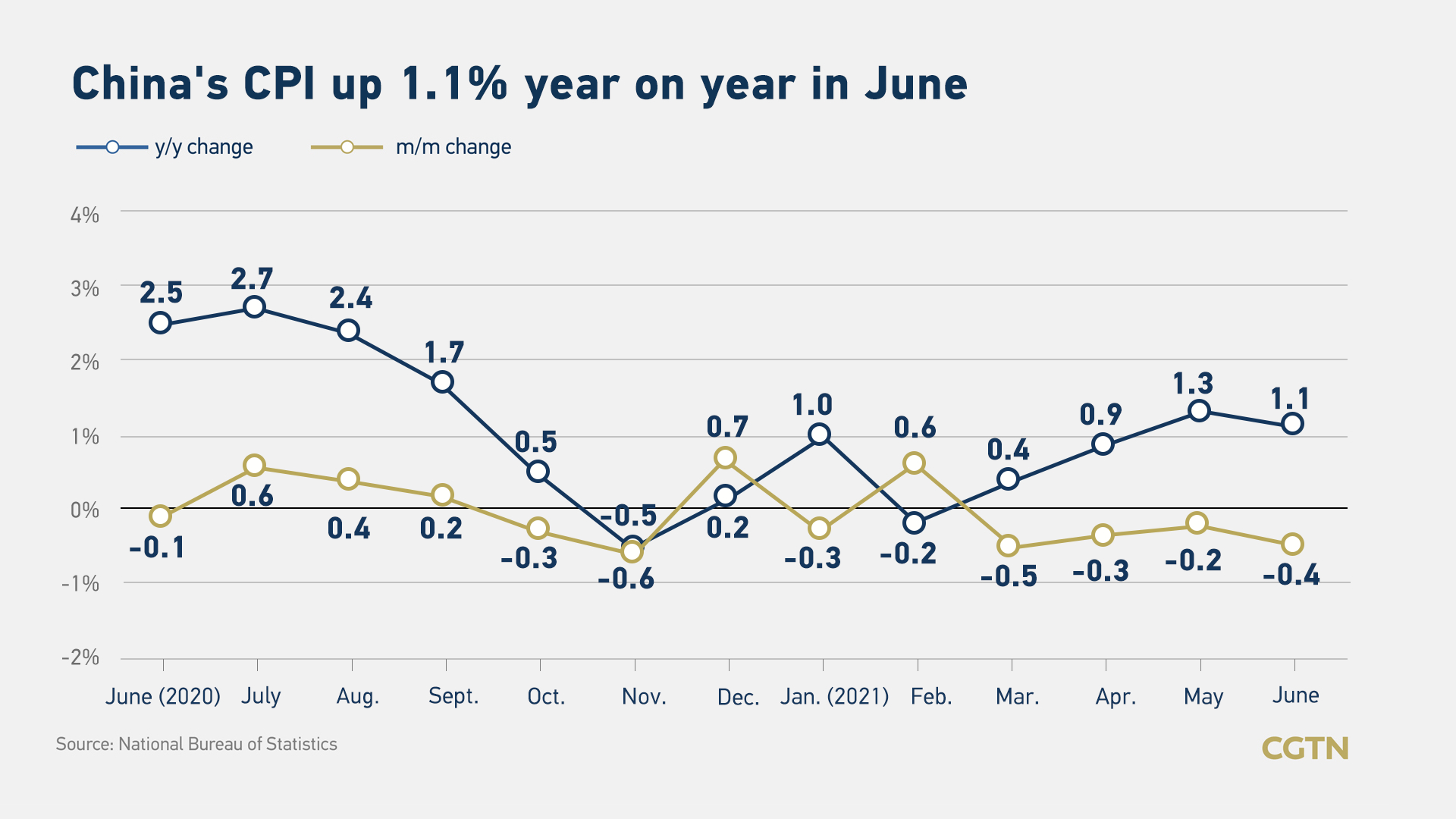 The CPI growth was just below the survey median of 1.2-percent rise polled by both Bloomberg and The Wall Street Journal, and also under a 1.3-percent gain tipped by the Reuters poll.

"Low CPI inflation is mainly due to a decline in food price inflation," Lu said.

Food prices dropped by 1.7 percent on an annual basis in June, from a rise of 0.3 percent in May, the NBS data showed.

"Negative food inflation was due to the crashing of pork prices," said Lu, adding that there was a sharper sequential decline in pork prices amid the gradual recovery of domestic hog stocks and increasing pork supply.

Pork price inflation fell further to negative 36.5 percent year on year in June from negative 23.8 percent in May, according to the NBS.

The country's core CPI, excluding volatile food and energy prices, posted a 0.9-percent increase in June compared with a year ago, remaining unchanged from May.

China has set a CPI growth target of around 3 percent for 2021, versus that around 3.5 percent last year.

"We expect CPI and PPI inflation to moderate slightly further to 0.8 percent and 8.6 percent year on year in July on a higher base," Lu said.