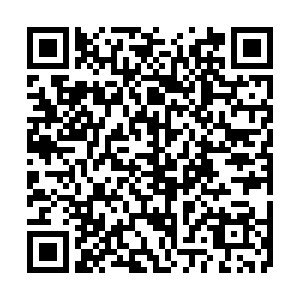 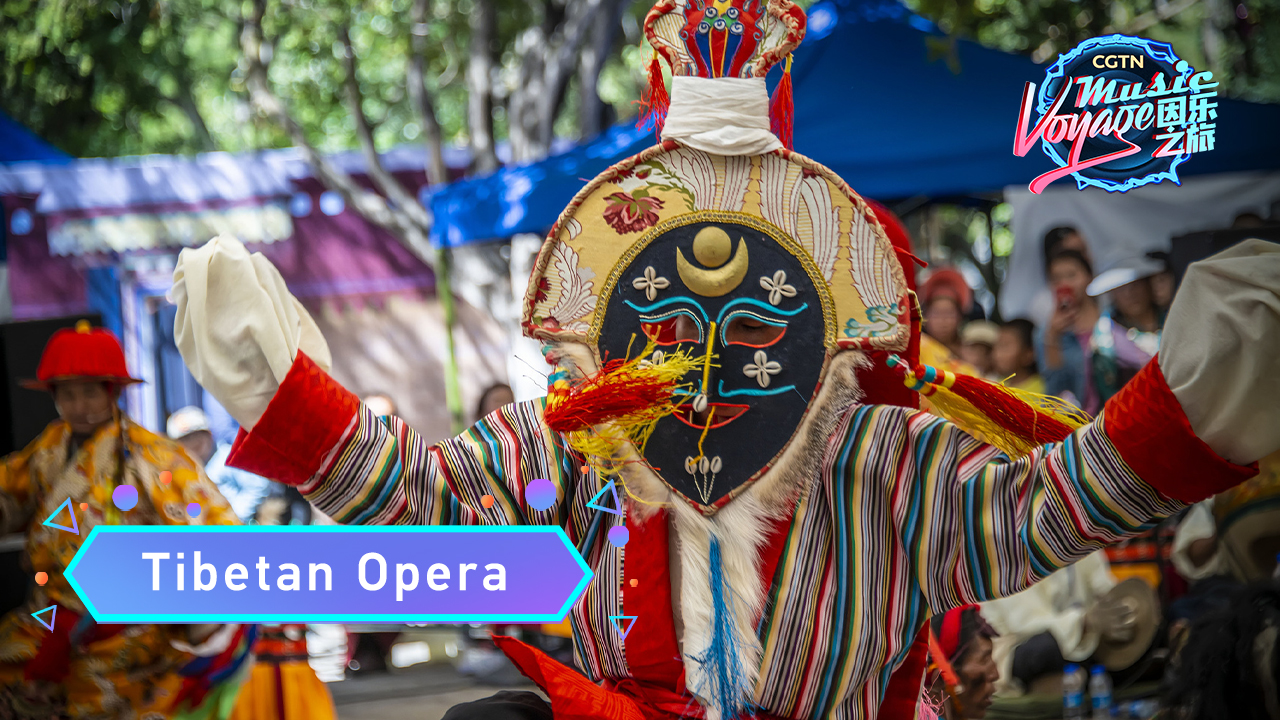 Editor's Note: As CGTN's ongoing cultural project "Music Voyage" explores the authentic music and beautiful nature in Ganzi Tibetan Autonomous Prefecture, southwest China's Sichuan Province, the series of "Cultural legacy on Tibetan Plateau" aims to offer an insight into some of the greatest cultural treasures on the southeastern part of the plateau.

There are quite a variety of opera genres in places across China, each with distinctive regional characteristics. The UNESCO-listed Tibetan opera, often hailed as the "living fossil" of Tibetan culture, stands out among the traditional operas of Chinese ethnic minorities.

The history of Tibetan opera can be traced back some 600 years, according to historical records. It originally served as religious rituals, and gradually evolved into a popular folk art form in the 17th century on Qinghai-Tibet Plateau in western China.

Its repertoire is largely derived from religious folk tales and major events during the course of history. By telling stories of good and evil through a mix of music, dance, chants and acrobatics, it also serves as social teachings for the community. 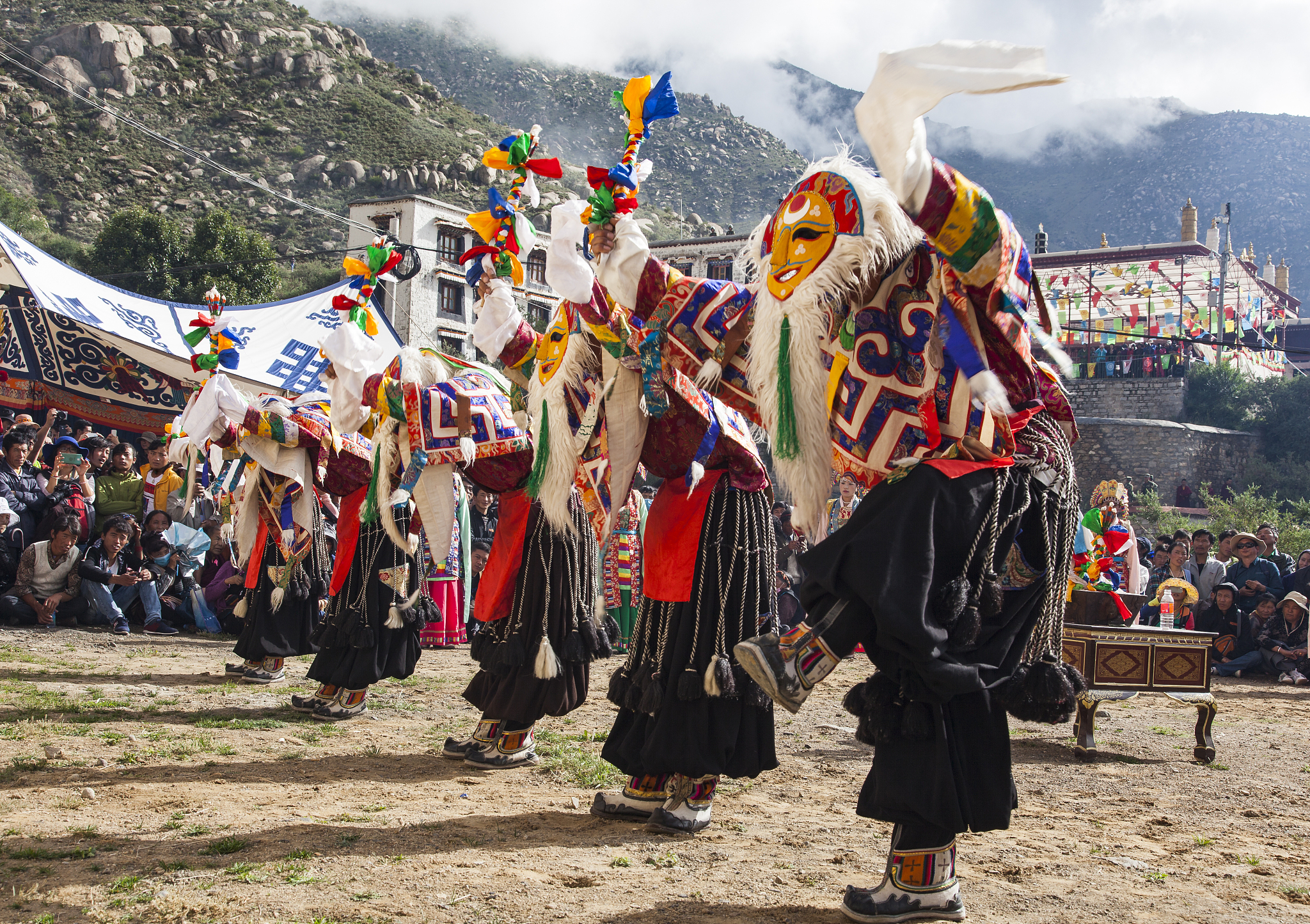 Tibetan opera was inscribed in the UNESCO intangible cultural heritage list in 2009. /CFP

Tibetan opera was inscribed in the UNESCO intangible cultural heritage list in 2009. /CFP

Batang County, one of the major stops along the journey of "Music Voyage," boasts its own style of Tibetan opera, which is listed among the four leading branches of the art form, and also included as a national intangible cultural heritage in 2019.

The art form was first introduced to Batang in 1653 during the reign of Shunzhi Emperor in the Qing Dynasty (1644-1911), and went through some transformations by integrating local accent and dance styles, including tap dance and Xianzi, to better resonate with the local audience. 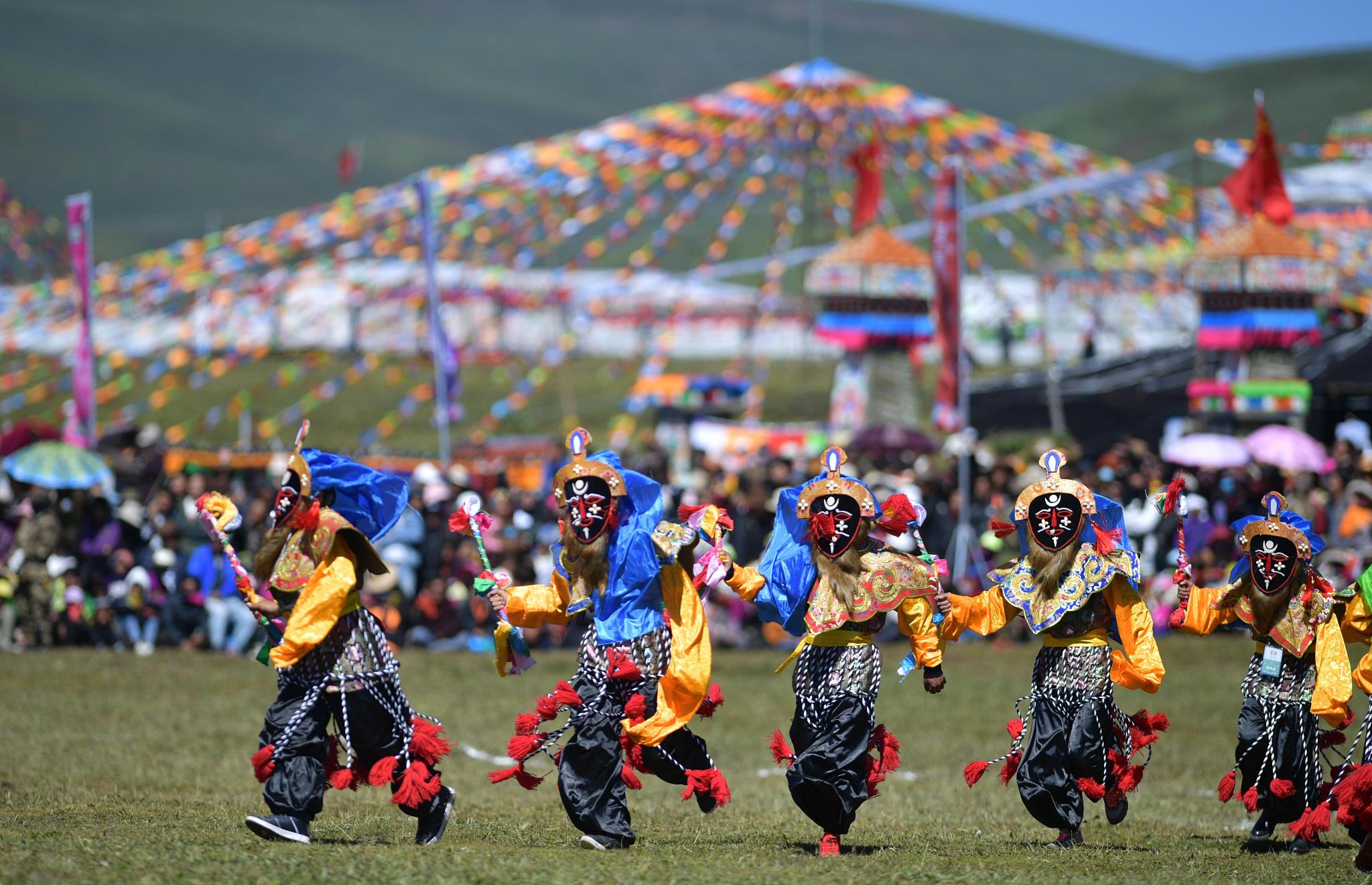 The performance typically begins and ends with a blessing ceremony with the heart of the play set in between. Actors usually wear traditional masks of various colors that imply different roles. Red mask represents power and bravery, blue as upright and fearless, while black indicates evilness.

Performances often take place in open air, and nowadays on stages as well.

Check out more about Music Voyage: