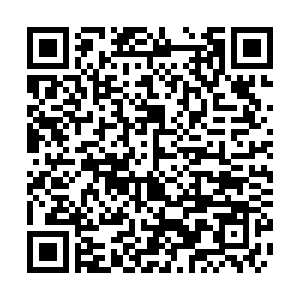 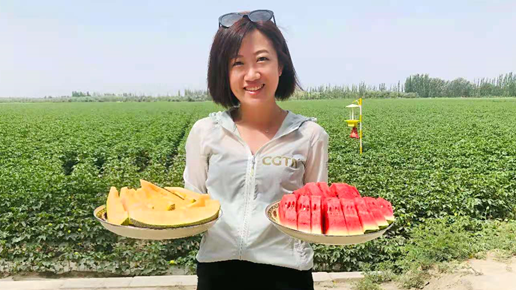 I think I might be experiencing just that – into Day 5 of our trip in Xinjiang Uygur Autonomous Region. Fruits alone do keep you very full. Speaking to locals, I understand this is why they also have their local staple naan (baked flat bread) to balance out this heavy-fiber diet.

I've heard a lot about how watermelons in Xinjiang are huge and tasty; but I gotta say, I am thus far mostly fascinated by the taste of peaches here – they are naturally sweet and absolutely succulent.

One really nice spontaneous moment I had: plucking a ripe flat peach (that looks like a donut, mind you) from a tree and consuming it right away. Some may ask if it's okay to eat the peaches without first washing them… Well, I did, and so far my stomach feels a-okay. This was in Garden Town in Shihezi City, a two-hour drive from Urumqi, the capital of Xinjiang Uygur Autonomous Region.

Guo Hongzhong, the local Party secretary told me there are two ways to know if peaches are ready for picking: firstly, if they are red enough in color and secondly, if they feel soft enough. These peach trees pollinate in April and their fruits are harvested in August. 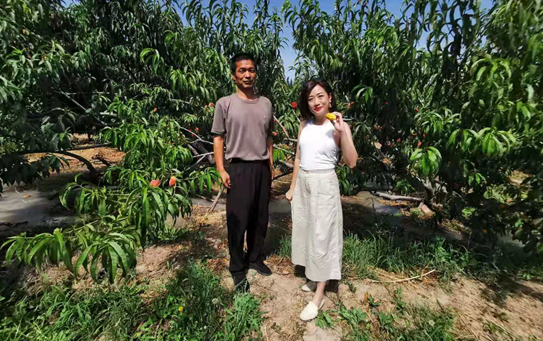 Then there's those famous Aksu apples.

A couple was selling fruits of all sorts via livestreaming when we arrived at Longkou Village in Kekeya Town, Wensu County, Aksu. I was told Aksu apples will only ripen in October, so buyers are currently locking in pre-orders.

The husband hails from Anhui Province, while the wife is from Xinjiang. They have been livestreaming on Taobao, one of China's biggest e-commerce platforms, for five to six years now.

When I asked about the future of this industry, Zhou Fengxia, the husband, said: "The way forward for livestreams will be to allow our audience to tune into the entire production process – from planting up until harvesting of the fruits – they can monitor the steps anytime."

And when I asked his wife, Li Jing, what the main changes she's found in the industry over the years, she said: "The demands and requirements of the future and younger generation are higher. They are more discerning. If, say, they find our fruits to be not of quality, they will complain or leave a comment on social media. This has pushed us to keep up with standards."

Both Zhou and Li have their own fruit farm, but they also help other farms sell their products via livestreaming, and earn a share from the profits made. 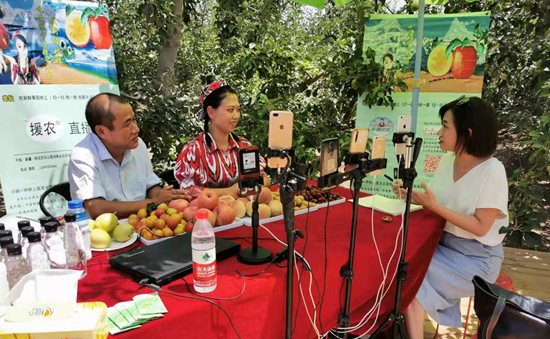 But this post isn't going to be just about fruits. I also want to write about some of the people I've met so far.

Let me begin with 76-year-old Imam Mamat, who served as the very first station director of the mega Aksu Desert Greening Project. The project started in 1986, and he joined in March 1987. Throughout the years, he watched and guided workers as they transformed the barren land of the Gobi Desert – all 1.2 million mu or about 198,000 acres of it – to what it is today: a land suitable for vegetation greening.

According to information obtained from locals, before the 1980s, Aksu City and Wensu County were surrounded by the Gobi Desert, which was only 6 kilometers away from the nearest urban area.

"Back then, there wasn't a single grass here at all. There was sandstorm, it was super windy, we can't even see each other properly," Imam Mamat told us.

"The height above sea level in this part of the forest is higher than that of the city center, so if we can build greeneries here, it can block the sandstorm from reaching the city." 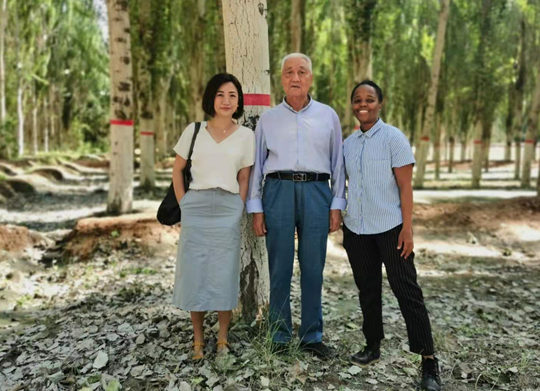 Imam Mamat said his son and daughter both work at the local forestry institute in different roles, and hopes his grandchildren will be able to work here too. "Everything in the world comes from oxygen, and oxygen comes from trees. People, animals, we all can't live without oxygen."

Even though he's retired, he still has strong feelings towards the forest. "It's like my child, I still come back often."

On the sidelines, I just had to ask him for some life advice for our younger generation. (Trust our conversation to turn into something life-related!)

Imam Mamat said, firstly, we need to take care of our health. "Having a good and optimistic mindset is important. Don't get angry, stay happy everyday. It's also important to exercise and adjust your diet accordingly."

"Respect is first gained by giving another respect. It's also considered a form of self-respect," he added.

(He was speaking mostly in the Uygur language, so thank you Akpar for translating them into Mandarin Chinese for me.) 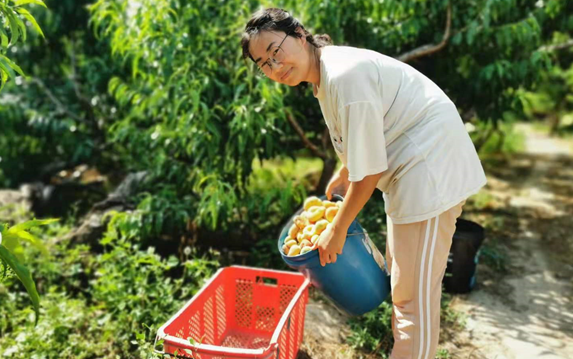 Sun Zhenglan, 21, goes back to her hometown to help out at a peach farm during the summer holidays. /CGTN

Sun Zhenglan, 21, goes back to her hometown to help out at a peach farm during the summer holidays. /CGTN

Other heartwarming moments for me include: seeing a father and his equally tall 14-year-old son holdings hands taking a stroll at Century Park in Shihezi City, while I appreciated the honesty from a 21-year-old female.

It's the summer holidays and Sun Zhenglan, an undergraduate studying English at Xinjiang Agricultural University, was helping out at her relatives' peaches farm.

Sun said she doesn't know what she wants to do yet after graduation. I asked her if she plans to maybe return home and work at the farm – which produces and sells 1,300 tonnes per annum. "It's unlikely. We have to 'head out' of our homes to find better lives," she told me earnestly.