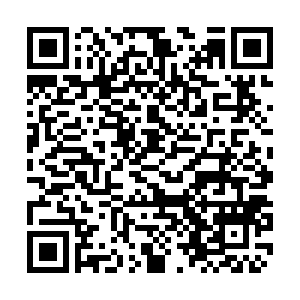 Chinese State Councilor and Foreign Minister Wang Yi has called for China and Russia to jointly combat both the coronavirus and the "political virus."

Wang made the remarks on Thursday during his meeting with Russian Foreign Minister Sergei Lavrov in Tashkent, Uzbekistan.

"We must continue to work together to oppose the stigmatization and politicization of the COVID-19 pandemic and the virus origin tracing," said Wang. 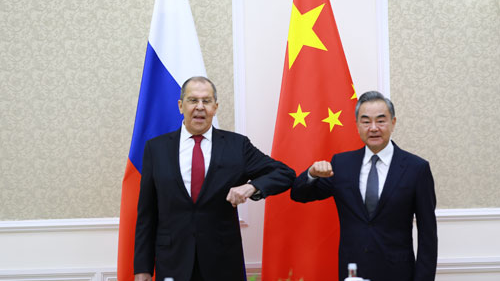 Chinese President Xi Jinping and Russian President Vladimir Putin on June 28 agreed to extend the Treaty of Good-Neighborliness and Friendly Cooperation in a joint statement amid the 20th anniversary of the pact.

Wang said China and Russia should take the spirit of the pact and the joint statement as a guide to strengthen bilateral comprehensive strategic coordination, deepen practical cooperation and further lift bilateral ties to a higher level.

He called on the two countries to safeguard the United Nations' central role in international affairs, jointly expose all forms of pseudo-multilateralism, prevent the destruction of international order in the name of so-called rules and firmly uphold genuine multilateralism.

The two sides should also deepen cooperation in regional affairs, the foreign minister said, jointly promote the return of Afghanistan to the peace track, resist the Indo-Pacific strategy which is full of Cold War thinking and promote the peaceful development of the Asia-Pacific region.

"Some countries are keen to engage in small-circle diplomacy. They only want to listen to what they like, and try to re-establish a unipolar world, which Russia and China should resolutely resist together," he said.

Lavrov said Russia supports China's hosting of the Beijing Winter Olympics and is ready to deepen cooperation with China in multilateral frameworks such as BRICS, SCO and the United Nations, as well as to coordinate closely on preventing an arms race in outer space and maintaining international biosecurity and information security.

Russia also hopes to strengthen communication and coordination with China on Central Asia and the Asia-Pacific region, to guard against the so-called Indo-Pacific strategy that undermines regional peace and jointly maintain regional and world stability and prosperity, he added.