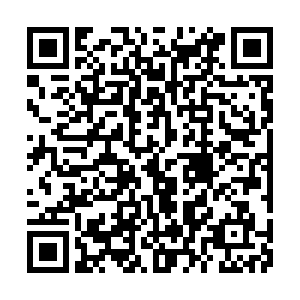 The speech made by Chinese President Xi Jinping at the Informal Economic Leaders' Retreat of the Asia-Pacific Economic Cooperation (APEC) will greatly boost confidence in the global fight against the COVID-19 pandemic and world economic recovery, Ma Zhaoxu, China's vice minister of foreign affairs, said on Saturday as he briefed the media on the meeting's outcome.

Ma said Xi's speech came at a critical point when the world economy is seeing a fragile recovery under the shade of the still ongoing pandemic and the international community craves for more cooperation as well as hope and confidence.

The speech offered "new prescriptions for the global response to the epidemic," Ma said, adding that it also provided new ideas for the recovery of the world economy and injects new impetus into deepening Asia-Pacific cooperation.

The vice minister pointed out that President Xi explained China's development path to the world in the speech, during which he said, "China has embarked on a new journey toward fully building a modern socialist country."

Ma also hailed the Communist Party of China's (CPC) success over the past century as this year marks the Party's 100th founding anniversary, saying its great historical achievements have transformed the future of the Chinese people and nation and altered the landscape of world development.

Calling for win-win cooperation with APEC members, Xi in his speech also promised that China will build a new open economy of a higher standard, create a more attractive business environment, and advance high-quality Belt and Road cooperation.

Ma said Xi's major policy announcement responds positively to the expectations of the international community and shows the people of the Asia-Pacific region and the world a more confident and open China in the new era.

Enhancing the sense of community

Xi's words advocated the concept of a community of shared future and guided the direction of development in the Asia-Pacific region, Ma noted.

Upholding the concept of an Asia-Pacific community of shared future, the Chinese president called on APEC members to stick to solidarity and cooperation when going through this difficult time and jointly work for a healthier and brighter future for humanity.

"The pandemic proves once again that we live in one global village, where countries stand to rise and fall together," said Xi.

According to Ma, Xi's words have been positively evaluated and widely echoed by all parties and the APEC leaders' declaration released after the meeting reaffirming the goal of building an Asia-Pacific community, also fully embodies Xi's major policy idea.

Ma stressed that Xi's speech promoted solidarity and cooperation in the Asia-Pacific region's fight against the COVID-19.

Calling vaccines a powerful weapon to prevail over the pandemic and revive the economy, Xi at the meeting stressed the importance of accomplishing international cooperation on vaccines to ensure that they are accessible and affordable in developing countries and that they become a global public good.

China has so far provided more than 500 million doses of vaccines to other developing countries and will provide the WTO's COVAX project with 110 million doses.

"China has proven to be the most reliable and trustworthy pillar in the global fight against the epidemic," he added.

"We must open up, not close off. We must seek integration, not decoupling. This is the way to make economic globalization more open, inclusive, balanced and beneficial for all," Xi said.

China has financed the founding of the Sub-Fund on APEC Cooperation on Combating COVID-19 and Economic Recovery, according to Xi.

The Chinese president Friday also promised another $3 billion in international aid over the next three years to support COVID-19 response and economic and social recovery in other developing countries and announced that China will host a workshop on digital capacity building to promote cooperation on digital connectivity.