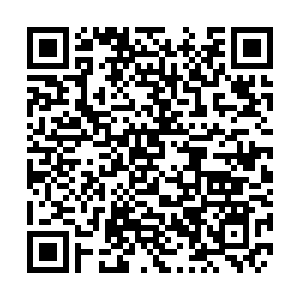 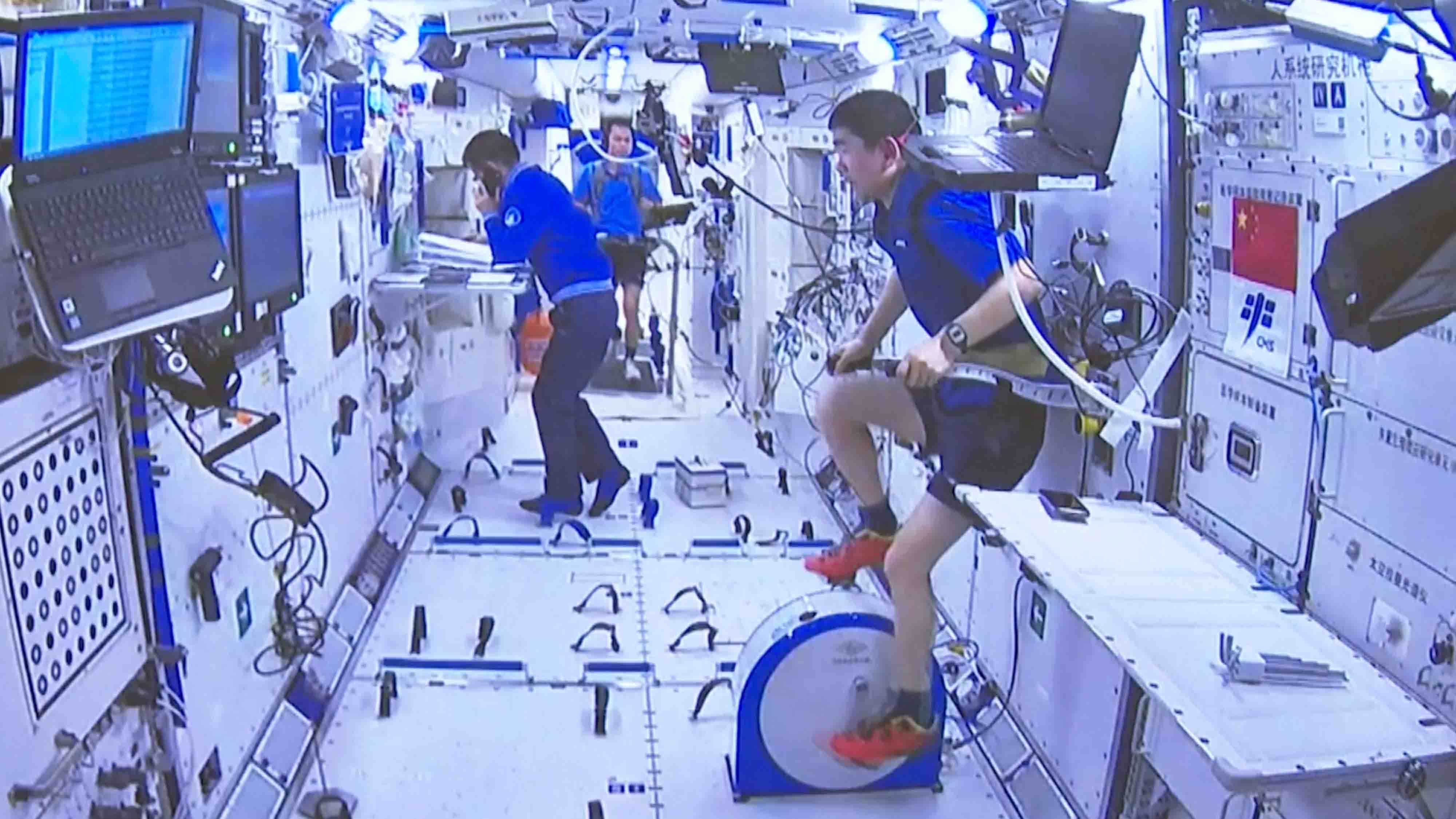 One month has passed since the three Chinese astronauts, or taikonauts, moved into the Tianhe core module of China's space station Tiangong. Their daily life aboard the space station has been a novelty for people back on Earth.

Read more: A month in China Space Station: What's been done so far?

A China Media Group (CMG) reporter went to the Astronaut Center of China on Friday to take a sneak peek at the taikonauts' routine.

The trio started work at 8:00 a.m. Beijing time on Friday. They completed a platform inspection of the manned spacecraft and collected trace elements in the air in four hours.

Afternoon work began at 2 o'clock. On arriving at the center at about 4 p.m., the reporter saw Nie Haishang and Tang Hongbo replacing the carbon dioxide removal device, which is part of the environmental control and life support systems in the cabin.

They had dinner at around 6 p.m., as they do every day, and finished in one hour, after which they started watching "Xinwen Lianbo," the most-watched daily TV news program in China.

The support team on the ground regularly transmits news programs to the taikonauts, which is one of the primary means through which they are kept updated about things happening on the ground, according to CMG.

Working out is one of the top priorities to keep healthy in space. The taikonauts were provided with various customized fitness equipment, including a bicycle and a treadmill.

While Liu Boming exercised on the space bike and Tang was on the treadmill, Nie, as mission commander, talked to the ground crew about the day's work and plans for the next day.

"Exercising is a daily routine for them, and everyone has their 'prescription,'" said Li Yinghui, deputy chief designer of the astronaut system of China's Manned Space Program.

"The exercise intensity now is about 60 to 80 percent of their maximum capacity and will increase with their in-orbit time to sustain them against the physiological effects brought by weightlessness," Li explained.

As planned, the trio carried out the platform inspection of the core module, material transport, garbage storage, and space medical experiments on Saturday.