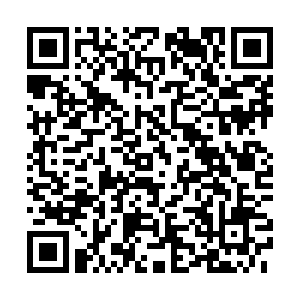 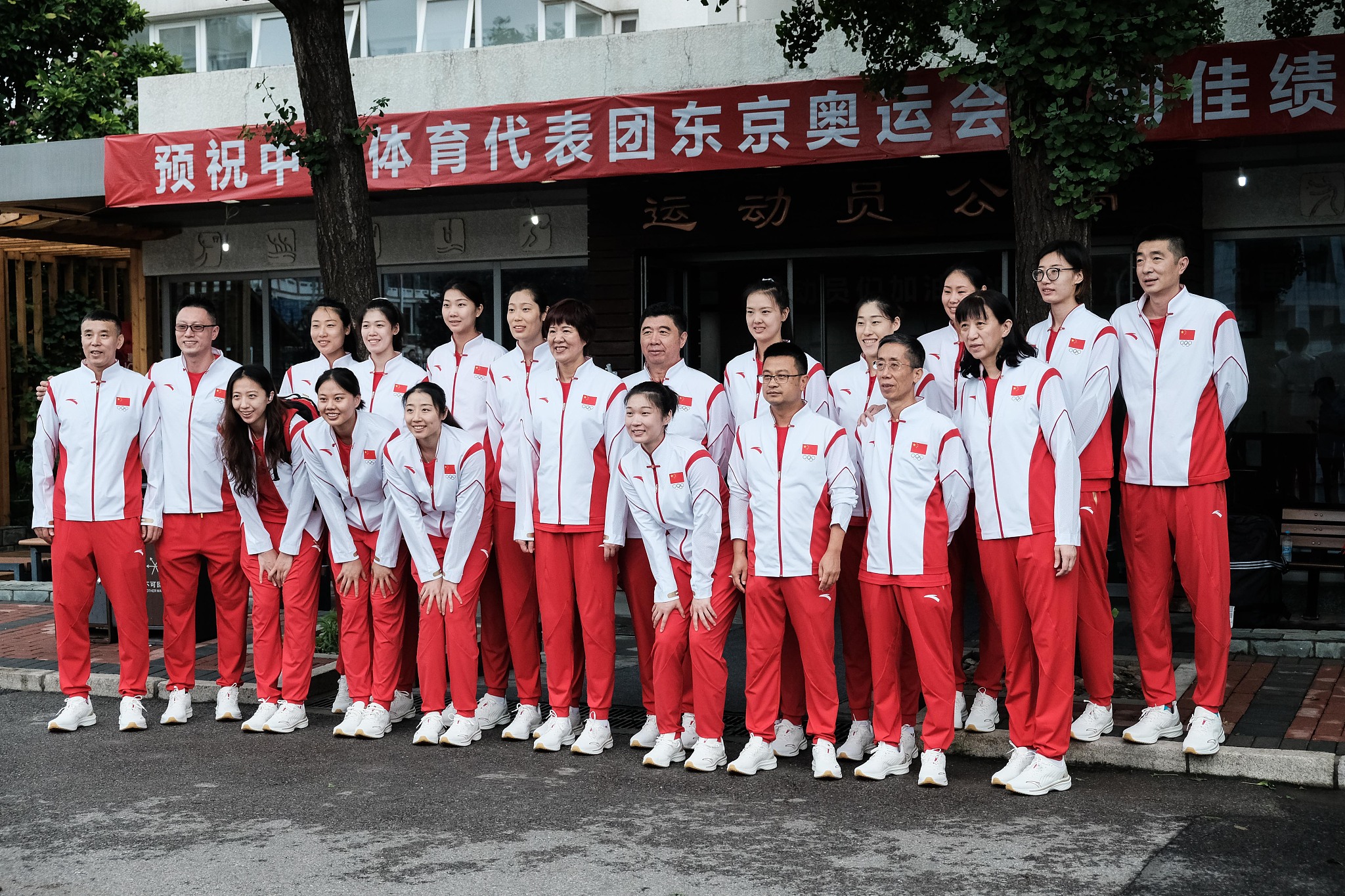 Lang Ping, head coach of the Chinese national women's volleyball team, said she was excited about the Tokyo Olympics on her arrival on Monday in the Japanese capital.

Lang's side was among the third batch of China's Olympic delegation that landed four days before the start of the Games, which were postponed for a year.

"We are pretty excited to arrive here, as we have waited for the Olympics for five years. It's really a long time," Lang told reporters at the Narita International Airport.

"Our Olympic campaign is eventually unfolding. I hope my team can showcase the best level to strive for glory for our motherland."

Lang, who made Olympic history by winning gold as both a player and a coach, has shed light on her team's goal of contending for a medal in Tokyo.

"The Olympic Games are different from the leagues, and every match is quite tough. We will spare no effort and work hard game after game," she commented. 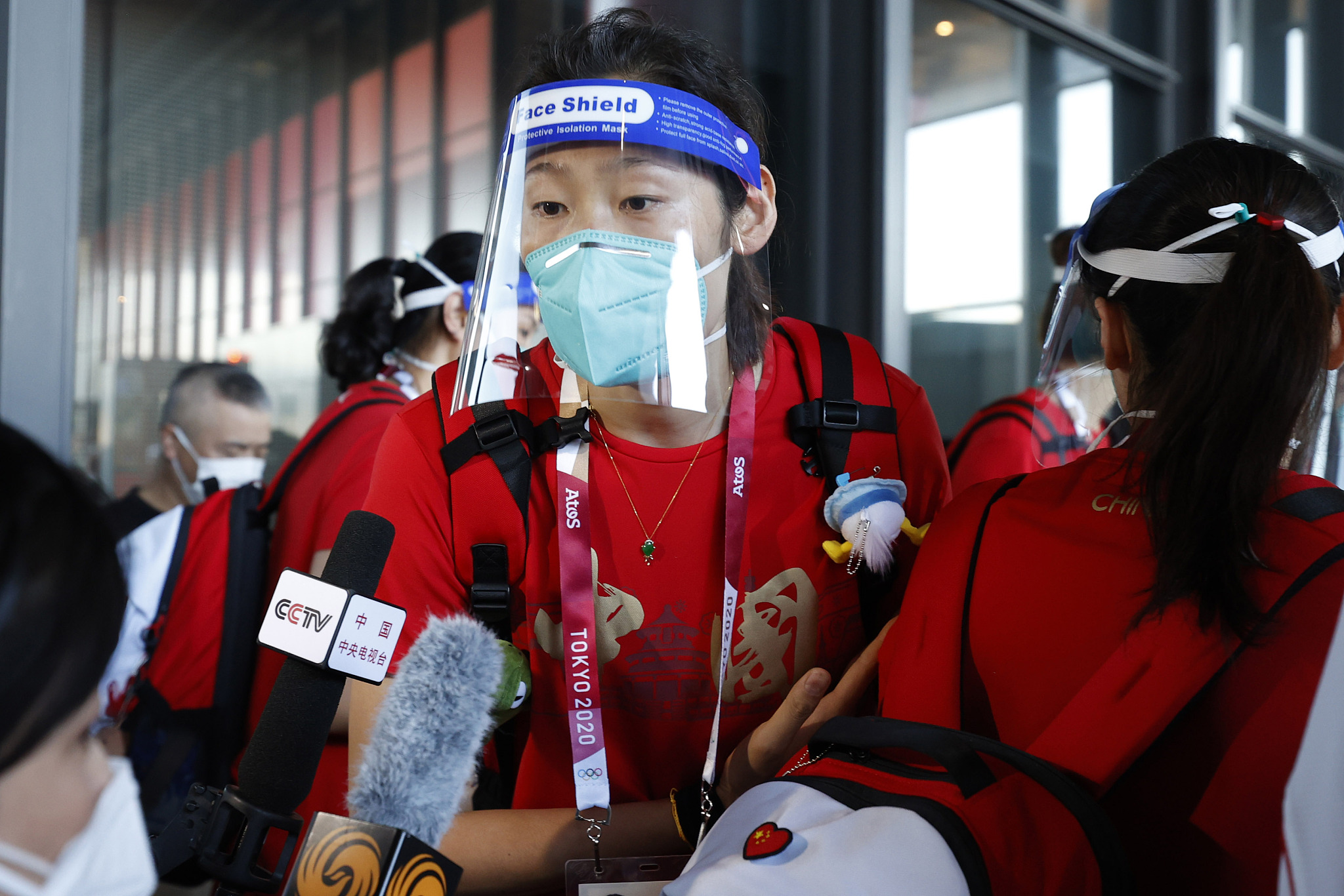 Zhu Ting of China speaks to reporters after arriving at the airport in Tokyo, Japan, July 19, 2021. /CFP

Zhu Ting of China speaks to reporters after arriving at the airport in Tokyo, Japan, July 19, 2021. /CFP

Chinese women's volleyball player Zhu Ting and the country's first-ever Taekwondo Olympic gold medalist, Zhao Shuai, have been selected as national flag-bearers for the opening ceremony of the Tokyo Olympics on Friday.

"I want to thank Team China for the affirmation of and trust in women's volleyball and me," Zhu Ting said. "It an honor and duty to be selected as the flag bearer (for Tokyo Olympics). It motivates me to do my job better every day."

Zhu Ting and Zhao Shuai: It's an honor to be China's flag-bearers