Download
A heritage map of Quanzhou: Emporium of the World in Song–Yuan China
Hong Yaobin 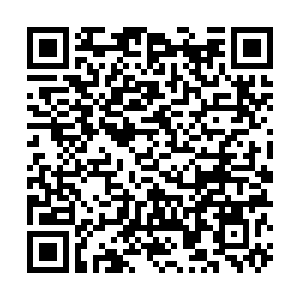 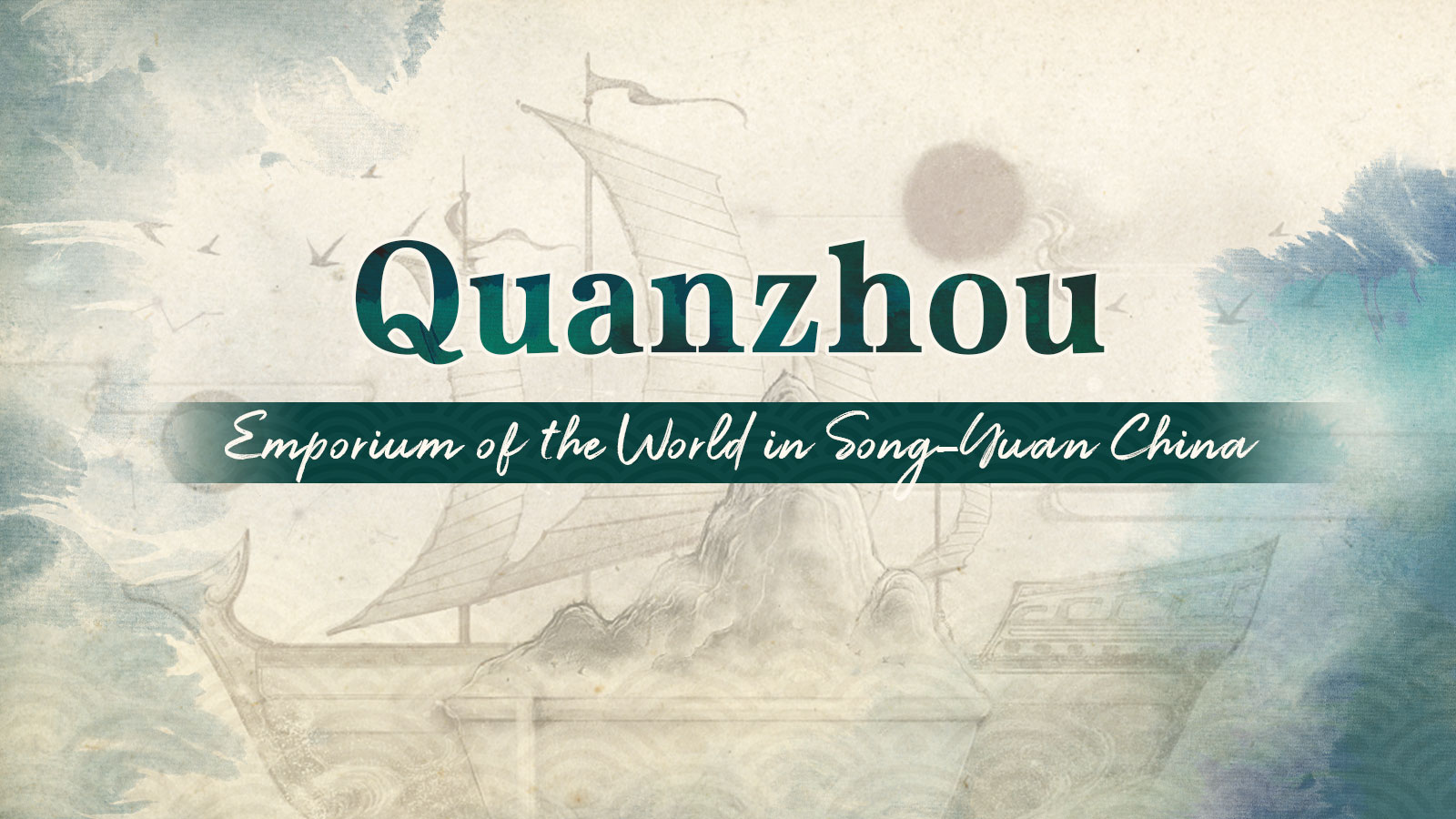 The ancient port of Quanzhou is seeking, for the second time, World Heritage status. The proposal, "Quanzhou: Emporium of the World in Song–Yuan China," to get the coveted tag will be evaluated by the World Heritage Committee during its 44th session held in southeast China's Fuzhou and online.

Quanzhou, on the southeastern coast of China, was one of the world's largest and busiest ports during the Song (960-1279) and Yuan (1271-1368) dynasties and is believed to be the starting point of the ancient Maritime Silk Road and a vital exchange hub for different civilizations and religions.

Today, the city, known as Zayton overseas, is home to more than eight million people as well as a significant number of cultural relics and religious sites, such as Qingjing Mosque, one of the oldest mosques in the country, and the Twin Stone Pagodas at Kaiyuan Temple, which are the highest pair of stone pagodas in China.

It is the second time that Quanzhou has applied for inclusion on the World Heritage List. The previous proposal for "Historic Monuments and Sites of Ancient Quanzhou (Zayton)," which includes 16 component sites, was "deferred" by the committee at the 42nd session in 2018. 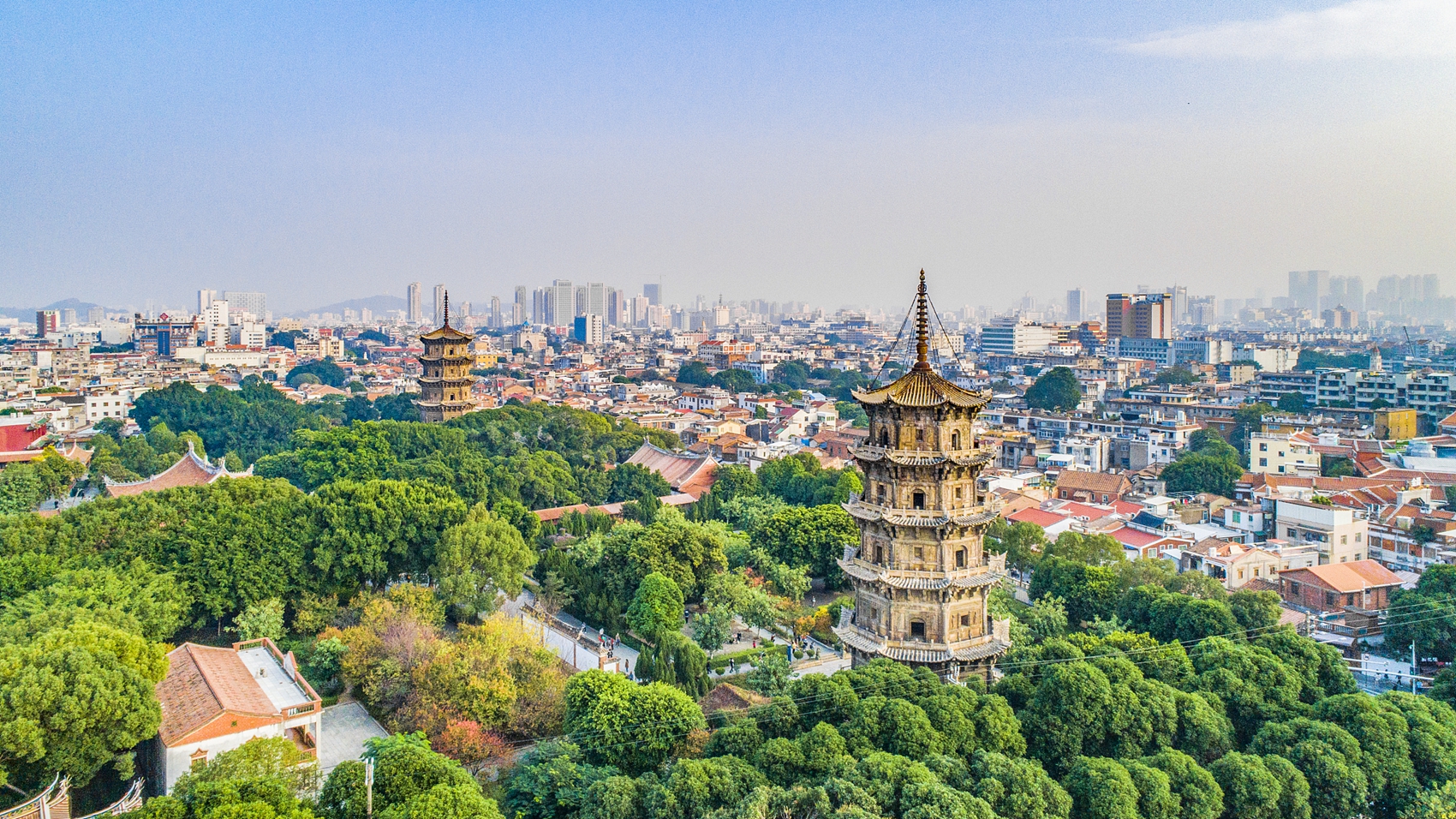 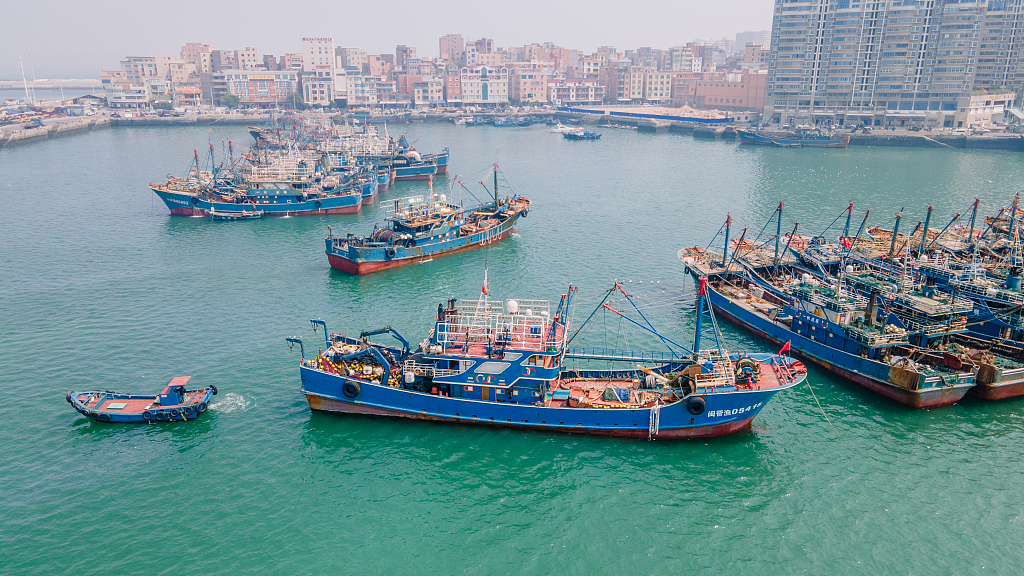 With six components added to the series, the revised nomination features a total of 22 monuments and sites across the city, including temples, statues, port ruins, ancient bridges and kilns, depicting a more comprehensive, multi-perspective heritage map of the historical and cultural landscapes of Quanzhou.

According to a 2020 report by the International Council on Monuments and Sites (ICOMOS), the revised nomination "sets out the factors that made Quanzhou excel as a maritime emporium in the Song-Yuan period, a highly significant period for maritime trade in Asia."

The nominated sites are linked to six key factors that the ICOMOS, the advisory body to the committee, has identified as "crucial for the flourishing of Quanzhou as a successful port: institutional guarantee, multi-cultural communities, production sites, transportation network, as well as structure of the city and overall layout." 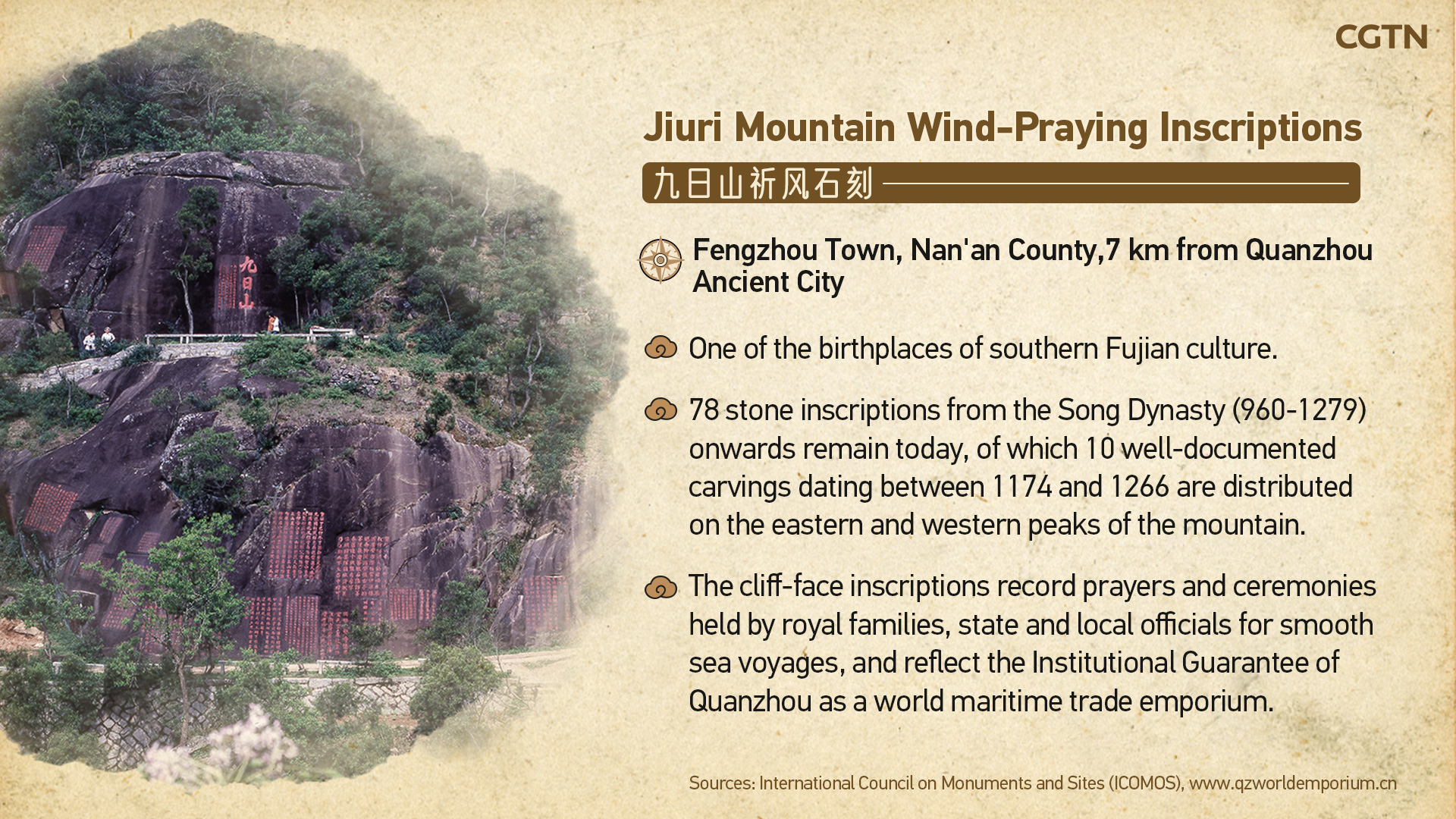 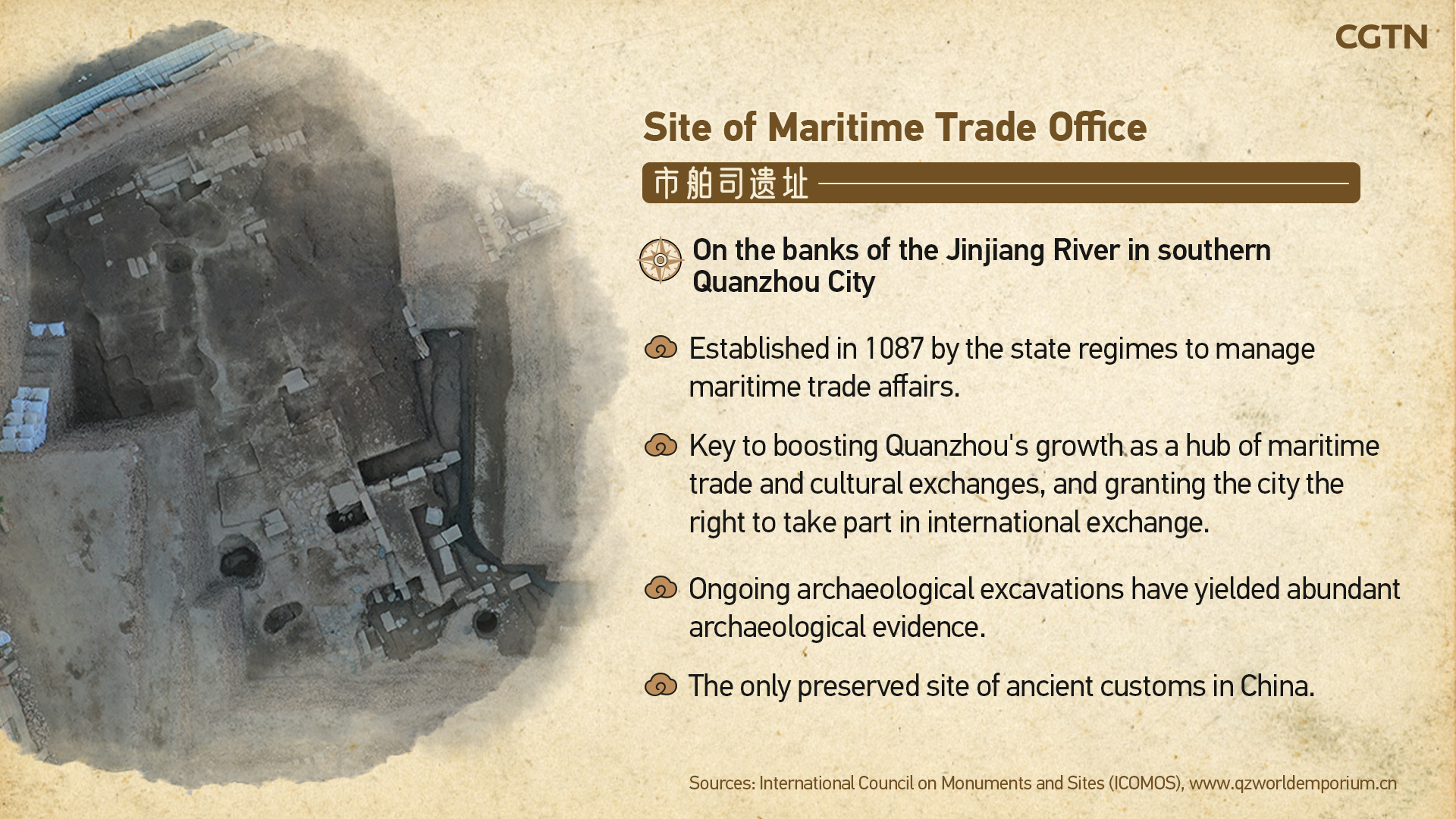 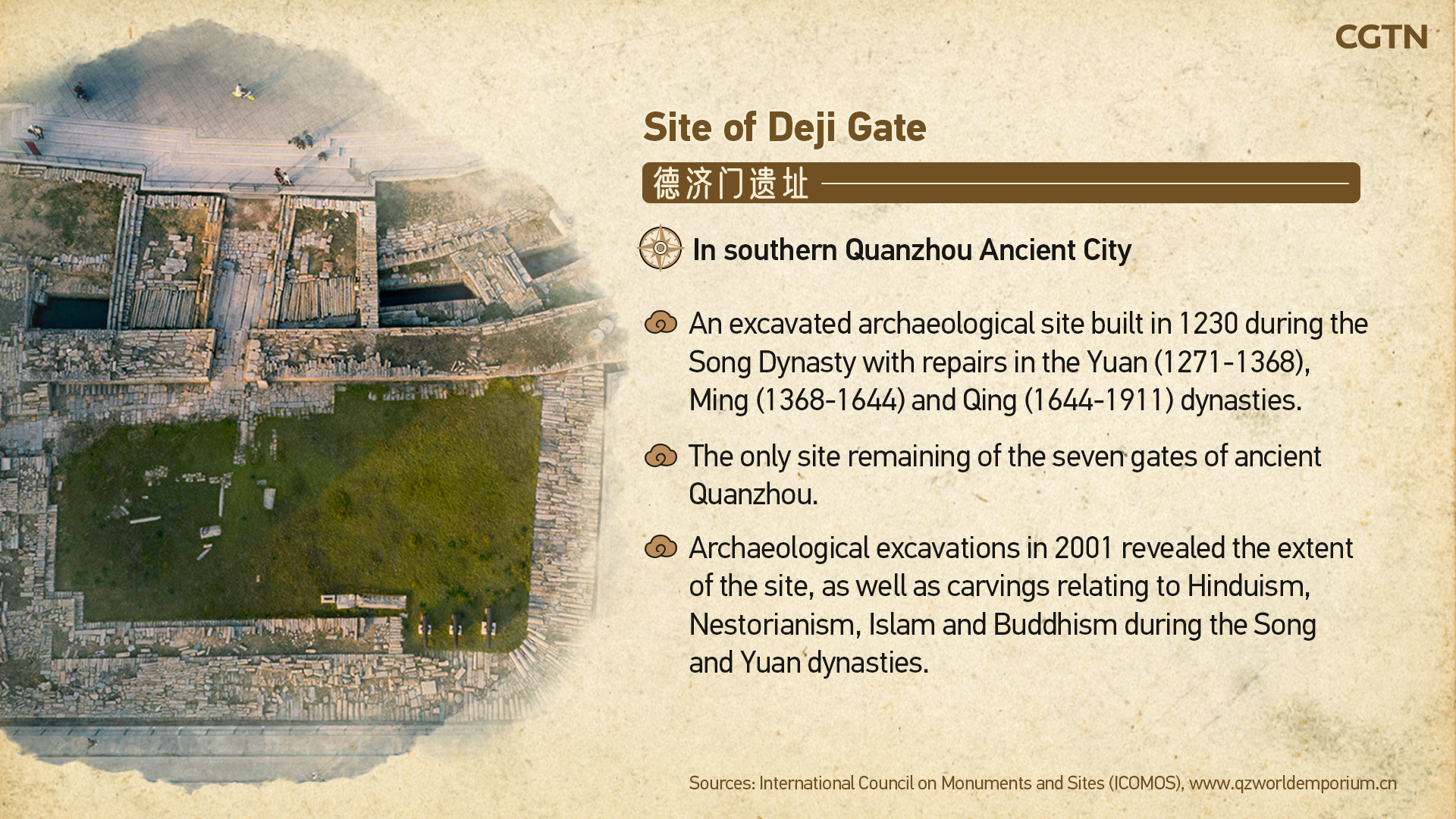 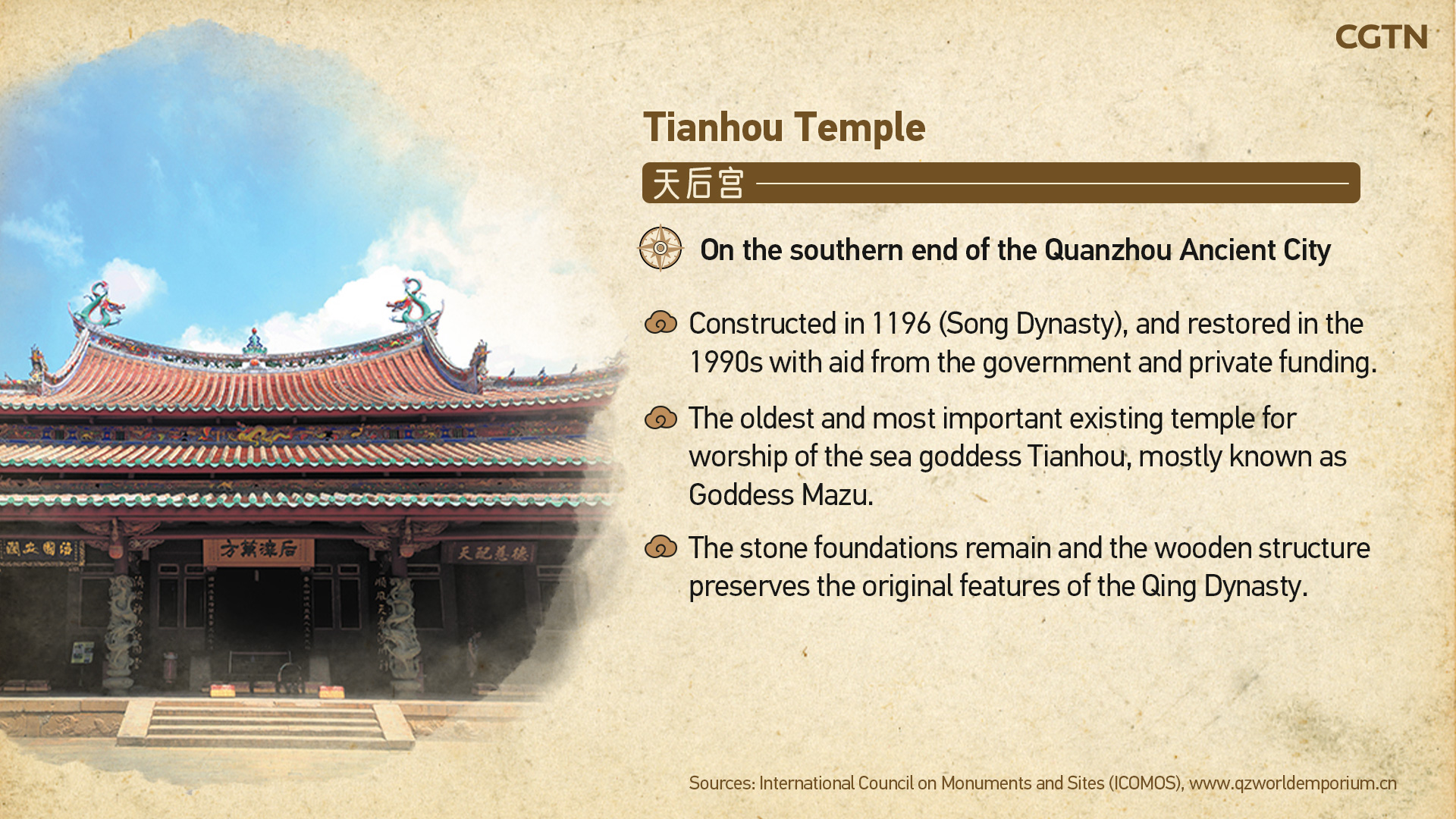 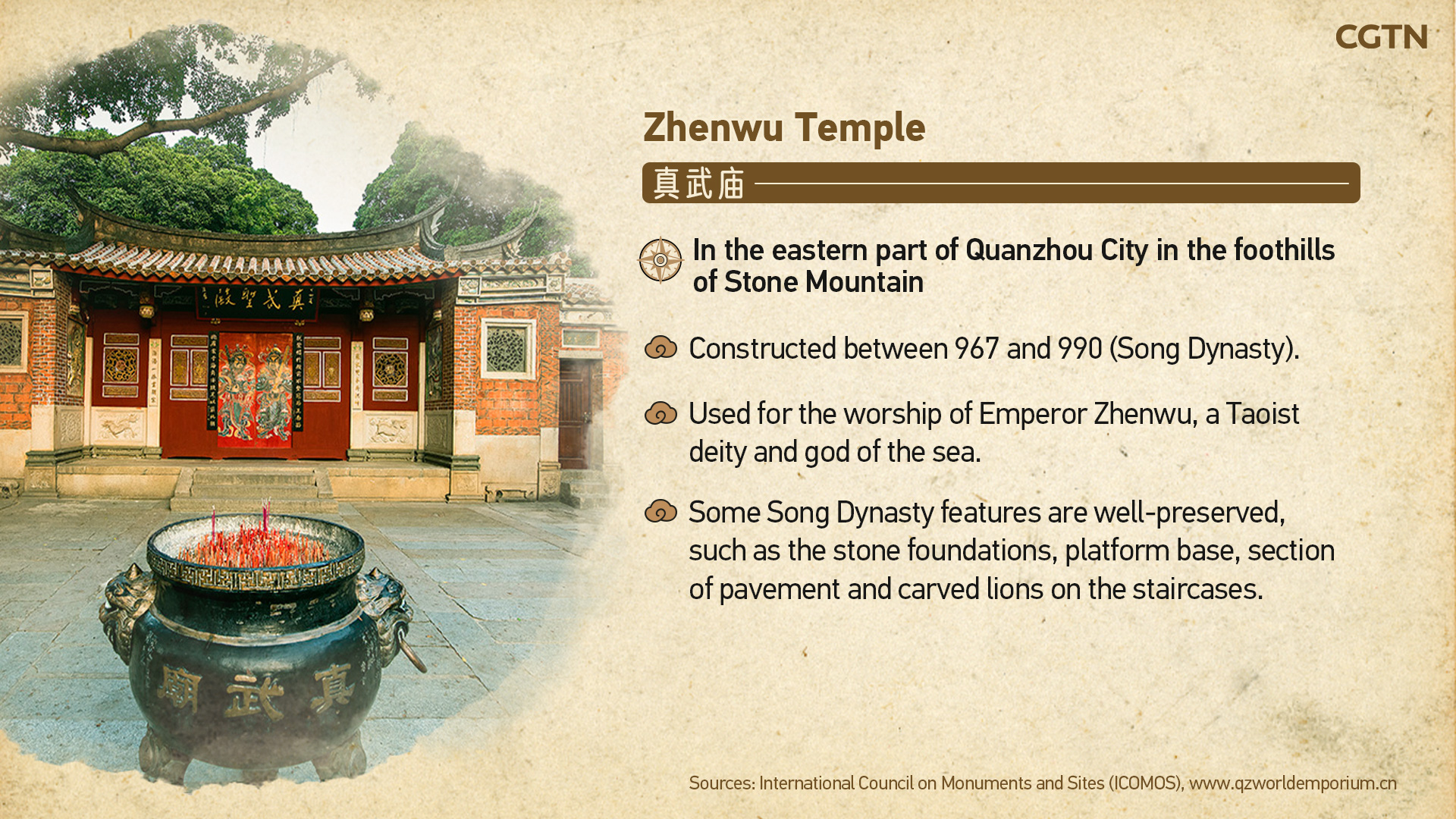 Quanzhou has a rich cultural legacy representing people's beliefs in sea gods and traditions rooted in Chinese myths that have been passed down through generations. It also features remains of agencies from ancient times that oversaw sea trade.

The imperial official trade institutions run by the state regimes during the Song and Yuan dynasties, along with sea-related spiritual beliefs, formed an effective institutional system, which was necessary for the port of Quanzhou to thrive as a maritime hub. 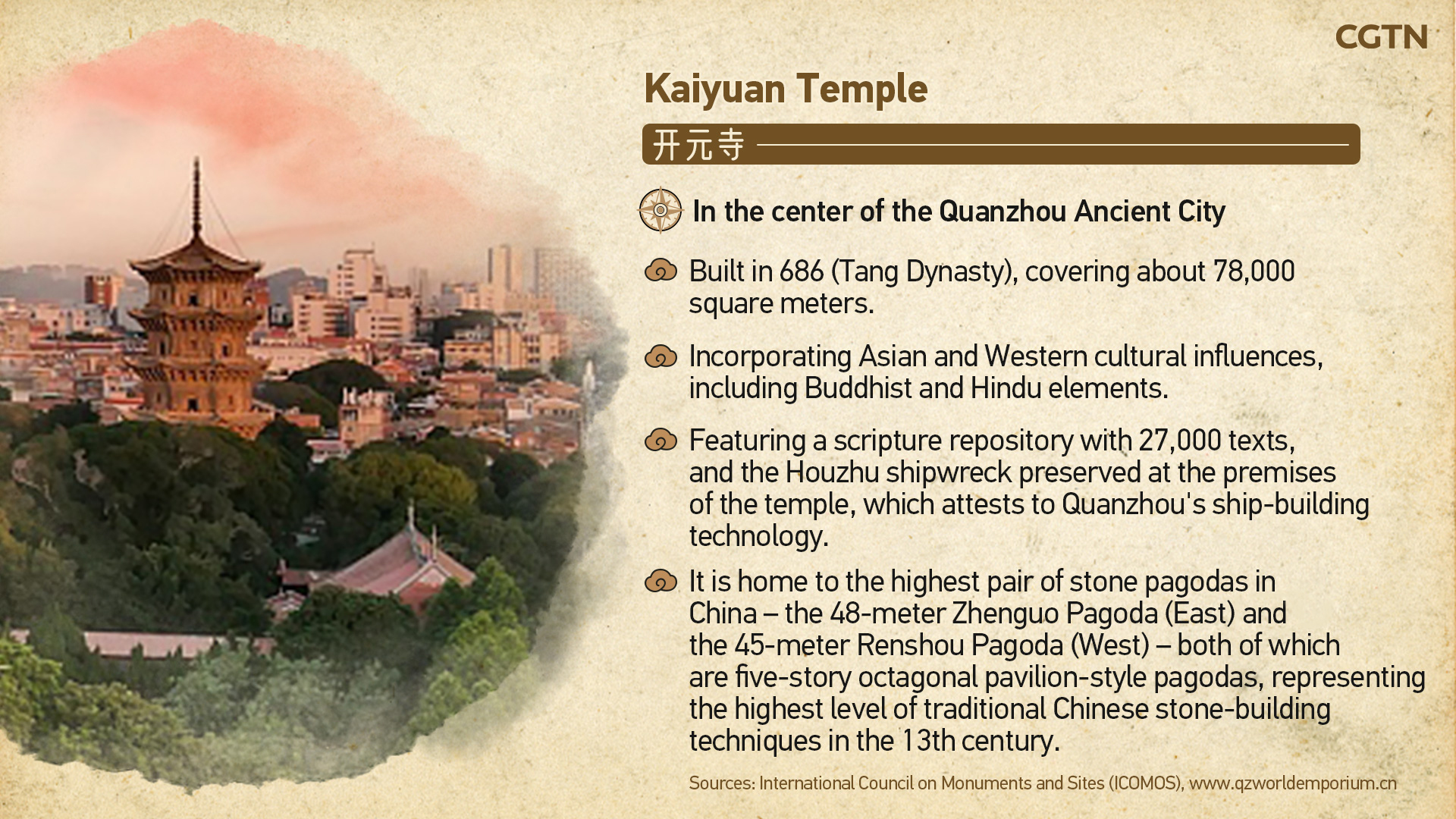 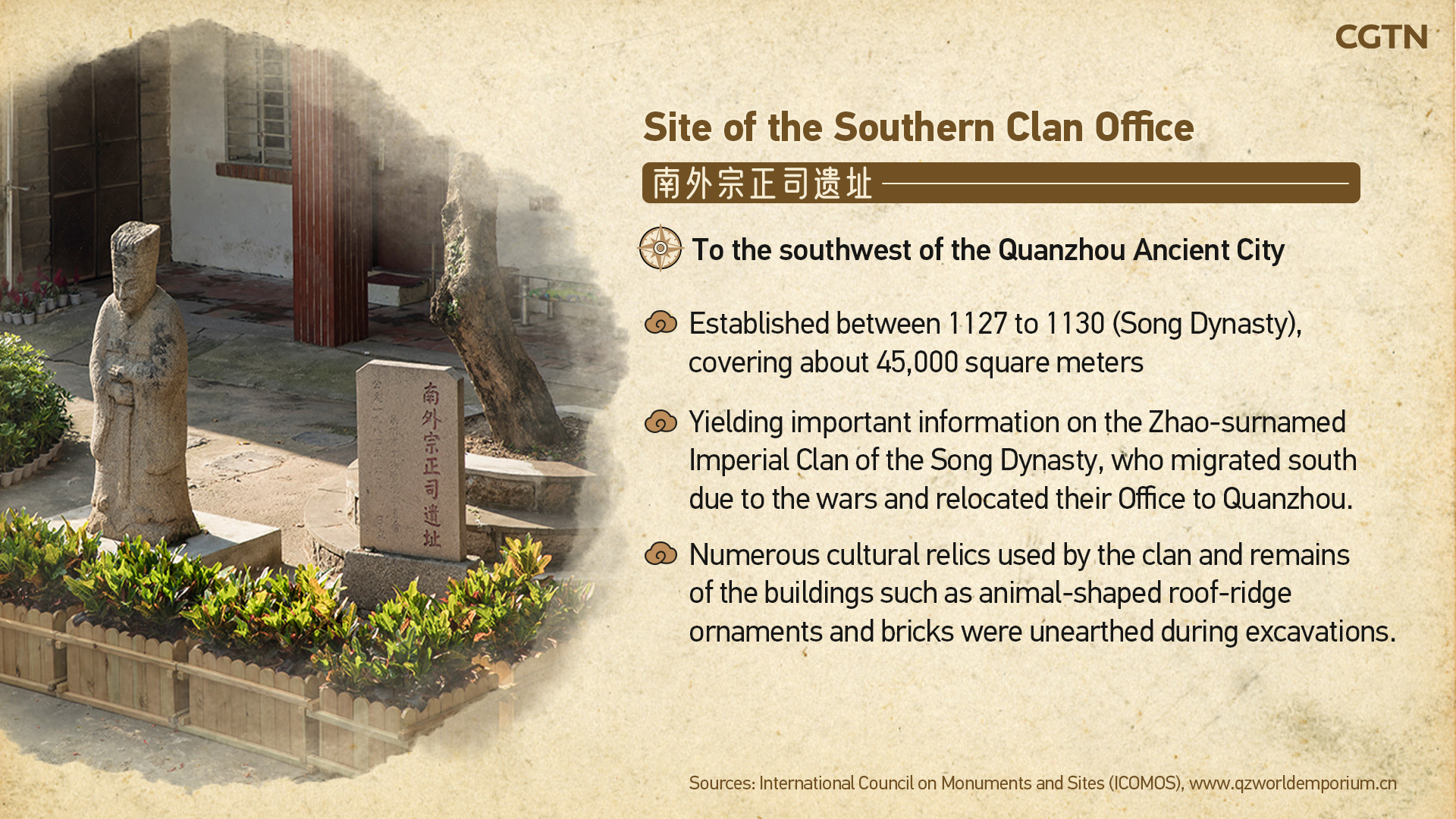 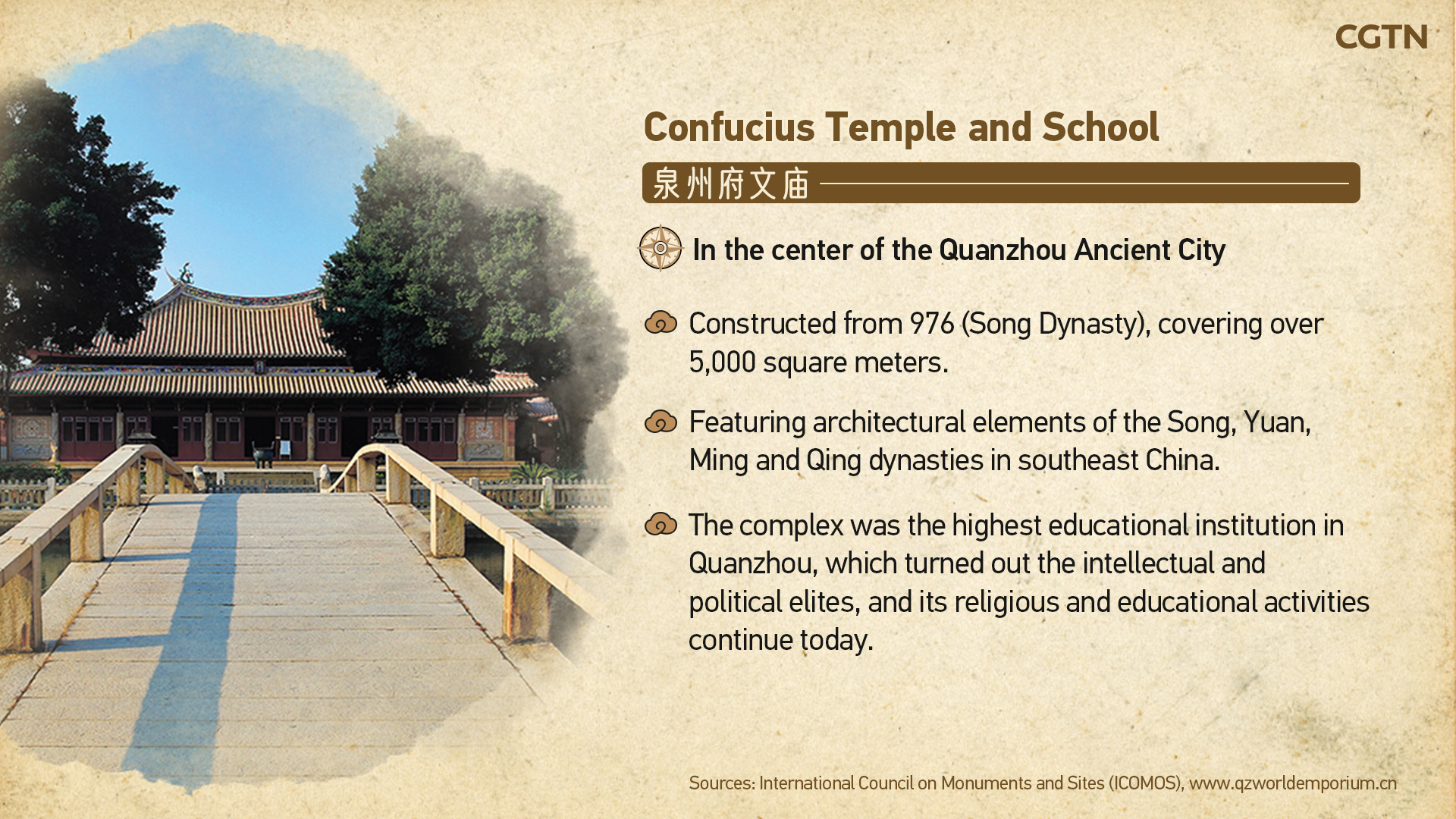 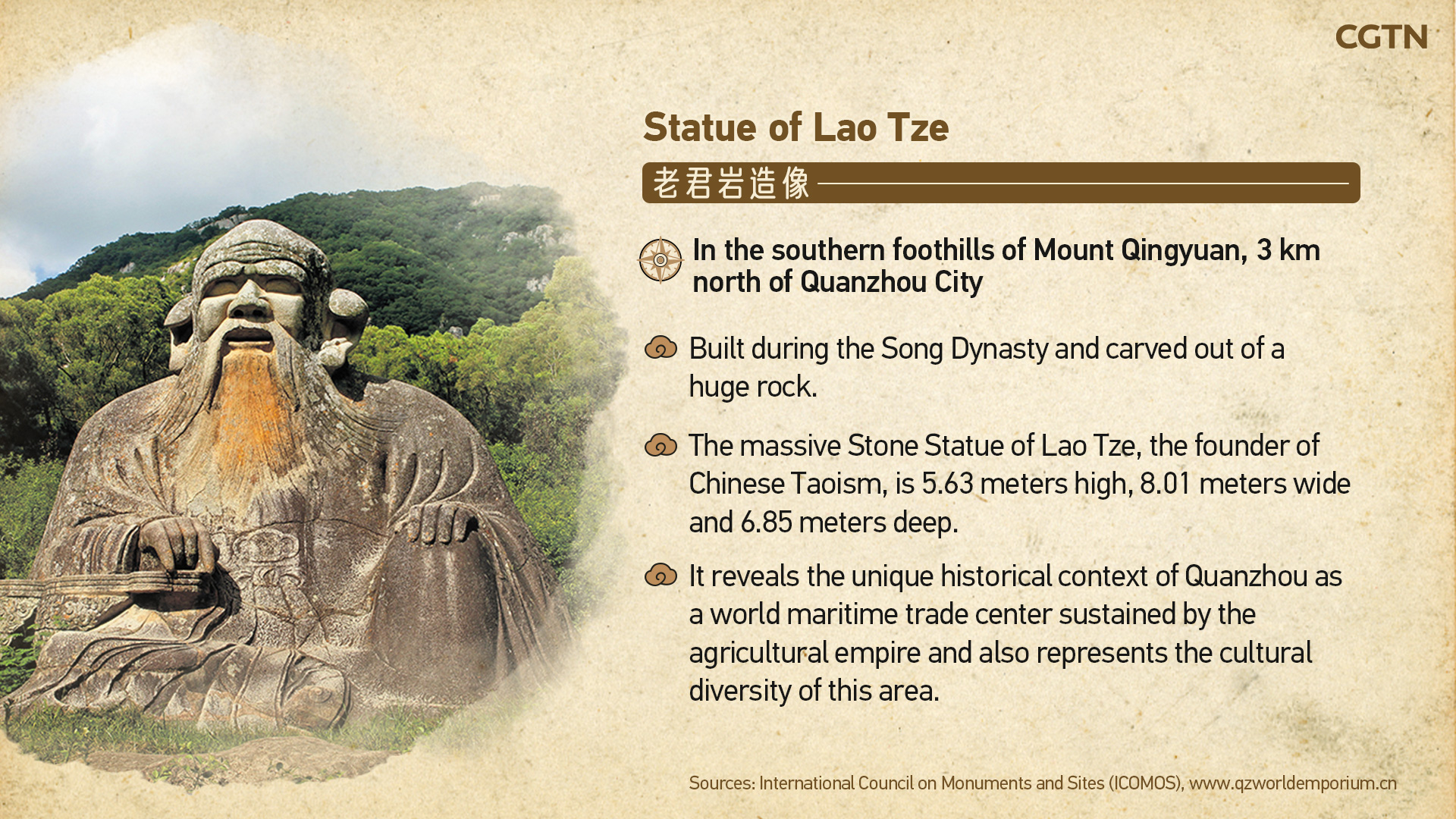 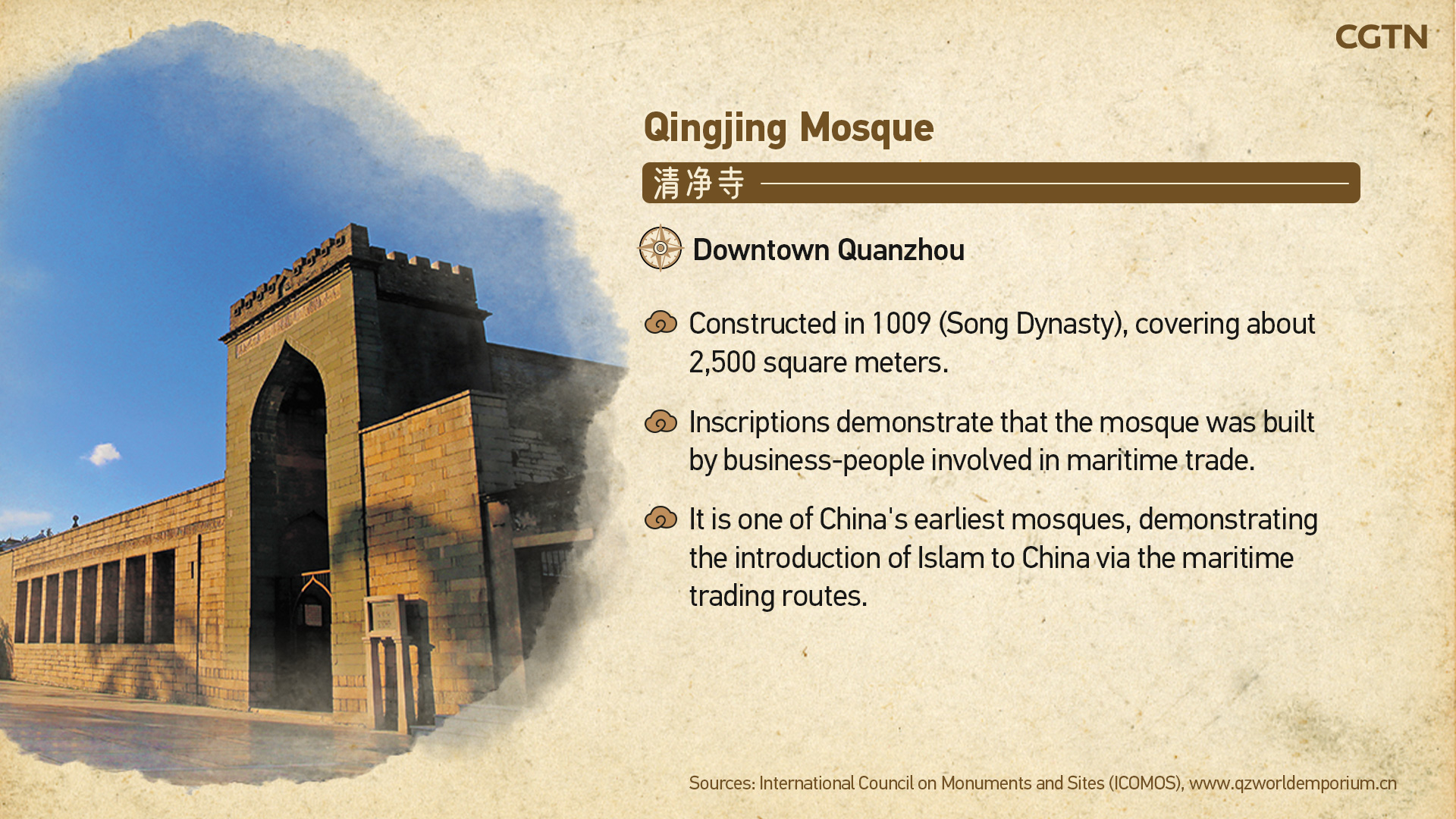 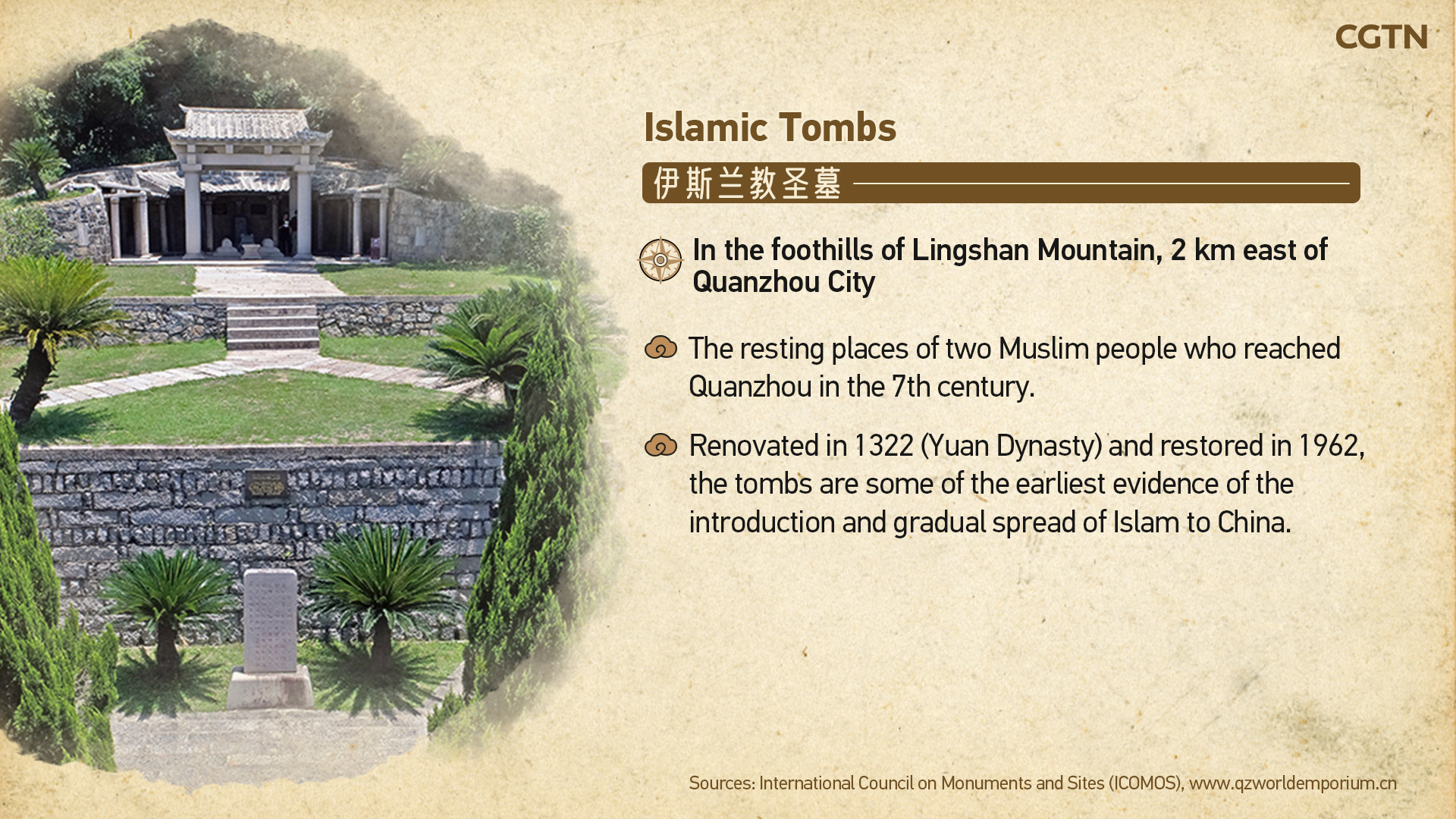 The ancient port city was also home to multi-cultural communities and a hub for exchanges between religions including Buddhism, Islam and Manichaeism.

Numerous cultural relics and religious sites not only provide magnificent local cultural background, but also show the cultural exchanges between Chinese traders and foreign merchants from countries along the Maritime Silk Road across the Indian Ocean and western Pacific in their prosperous period of commercial trade. 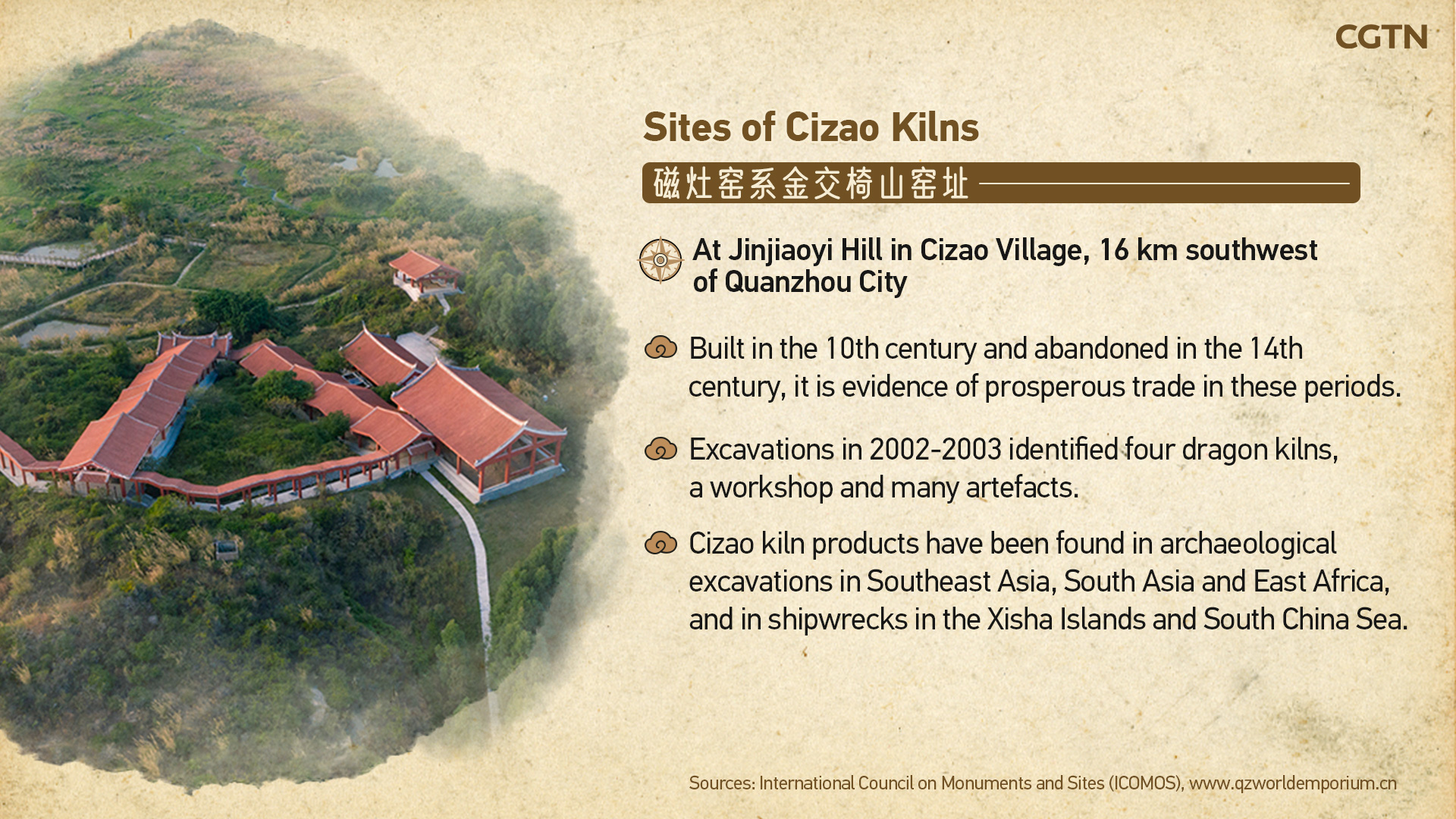 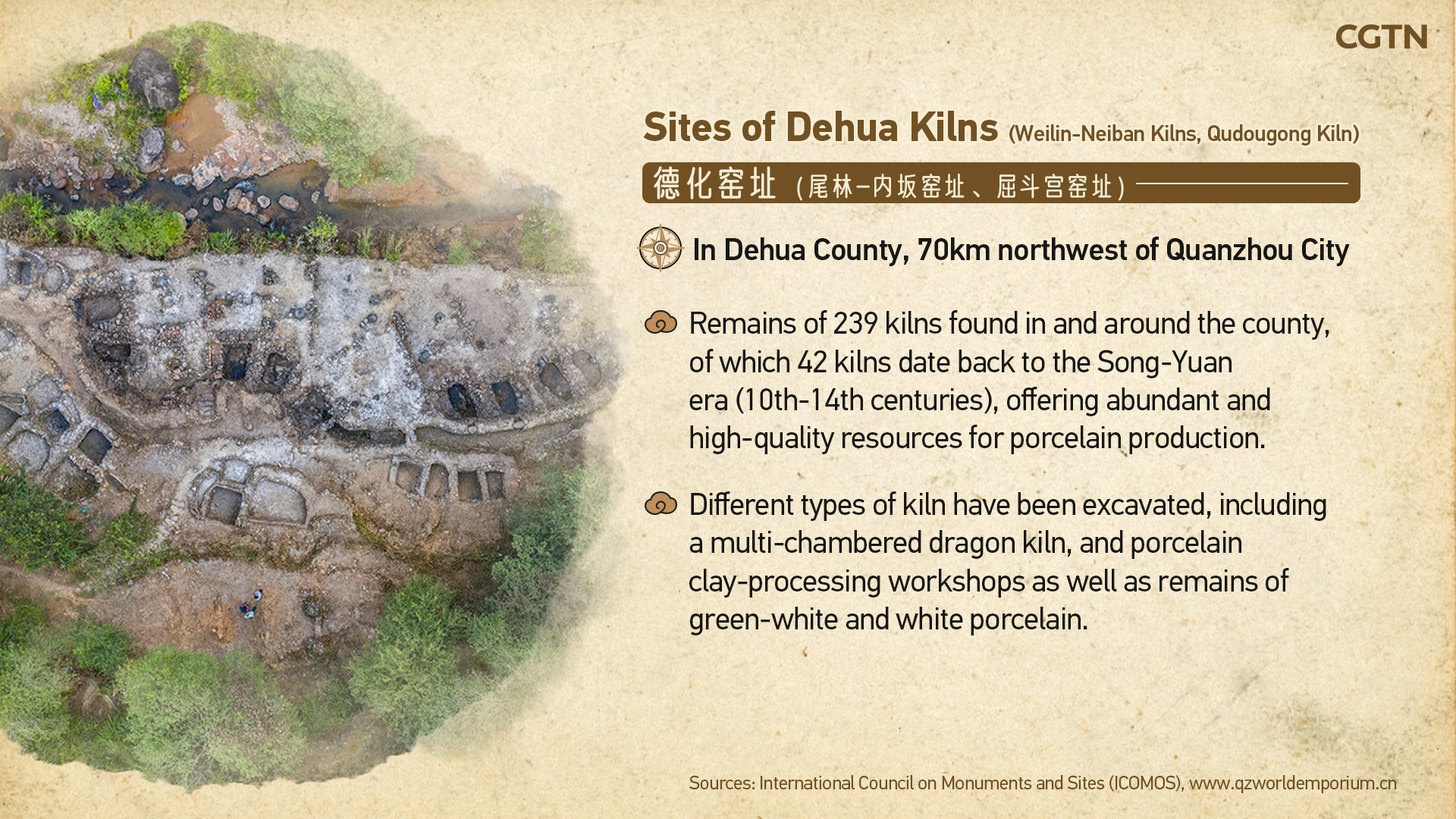 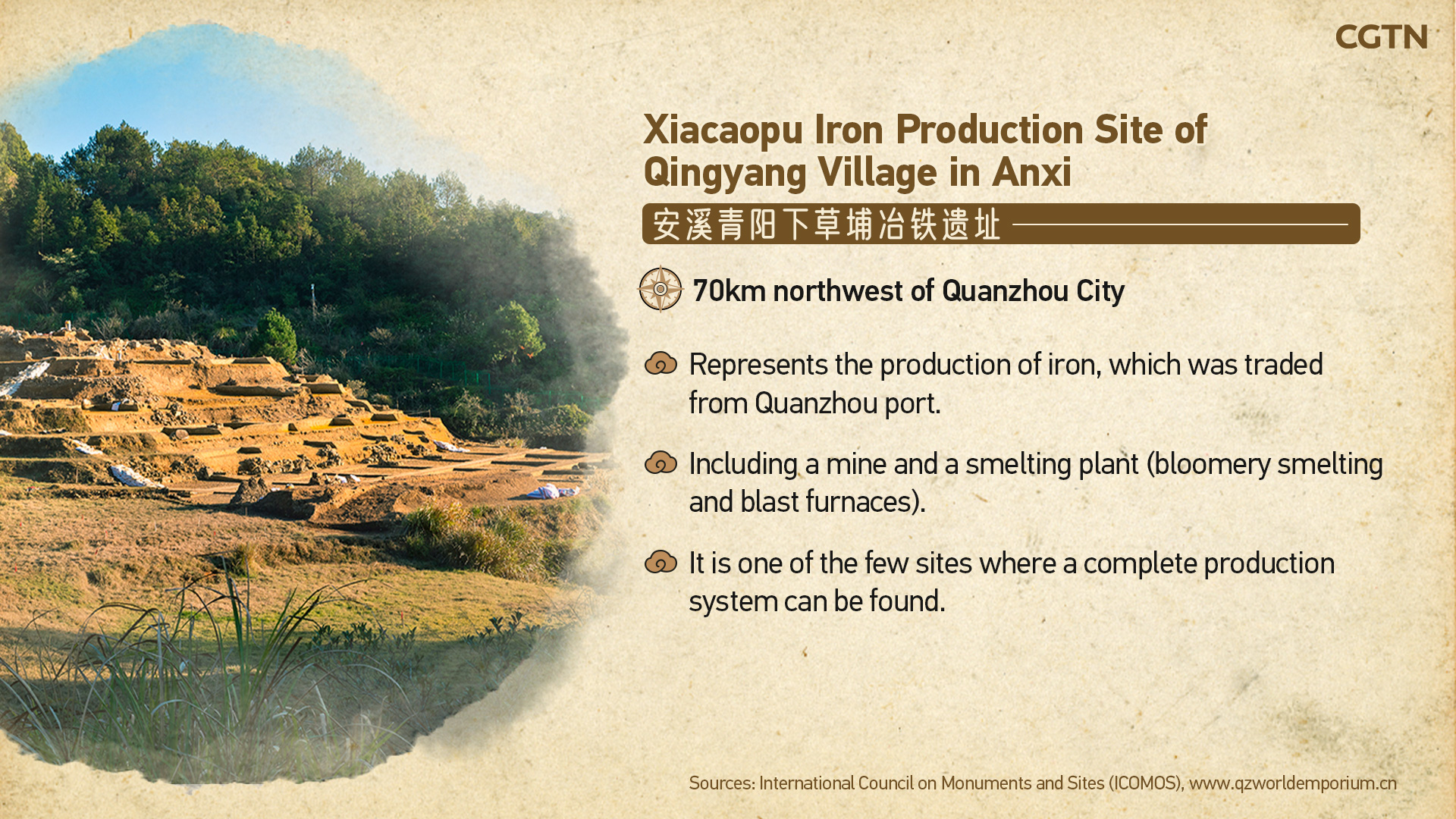 Hundreds of production sites are located across Quanzhou, where a great number of cultural relics and artefacts were unearthed, showcasing the city's capacity to produce large volumes of commodities that could be sold overseas. The main export products included silk, cloth, porcelain, ceramics, copper, iron, silver and gold. 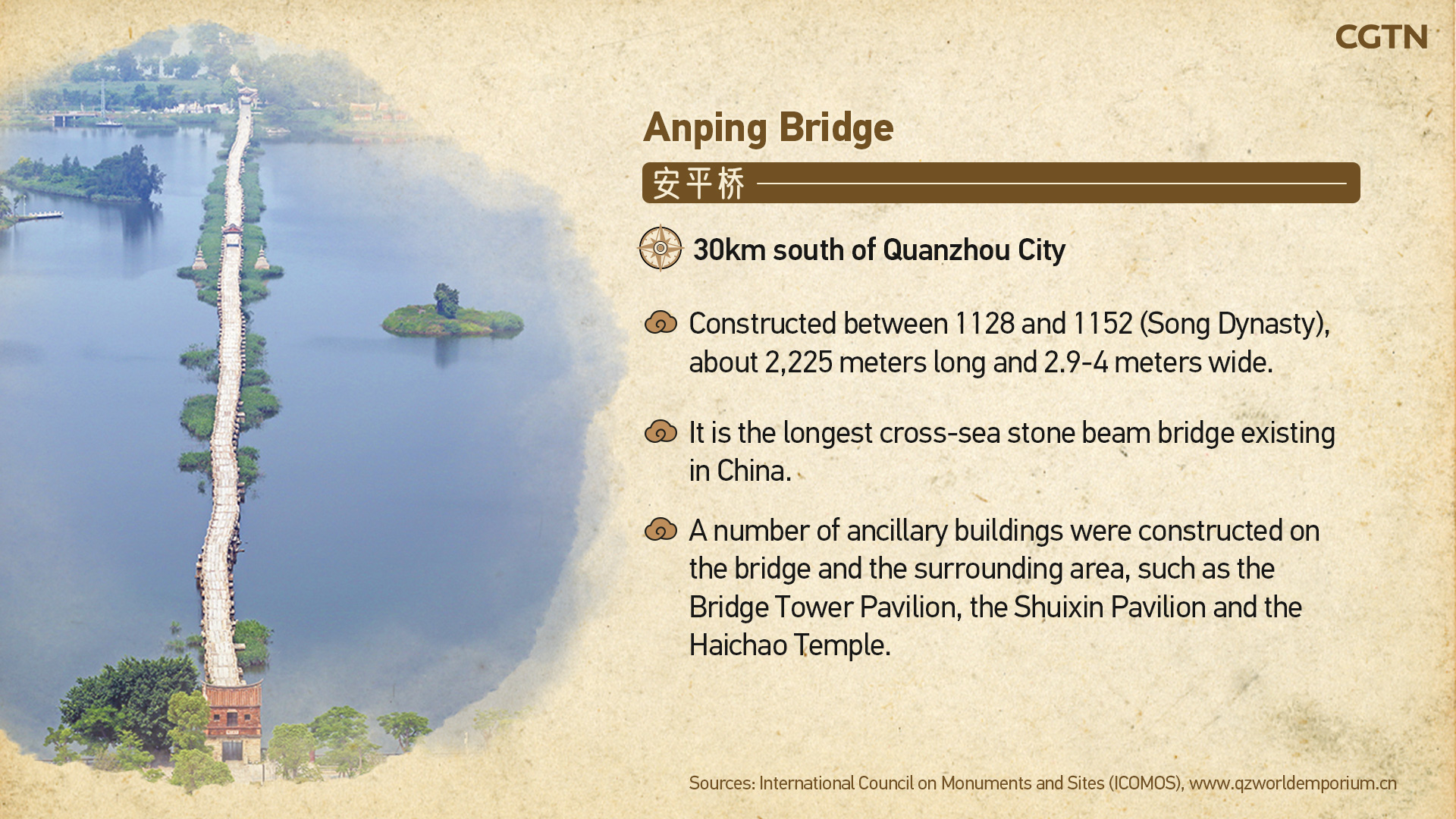 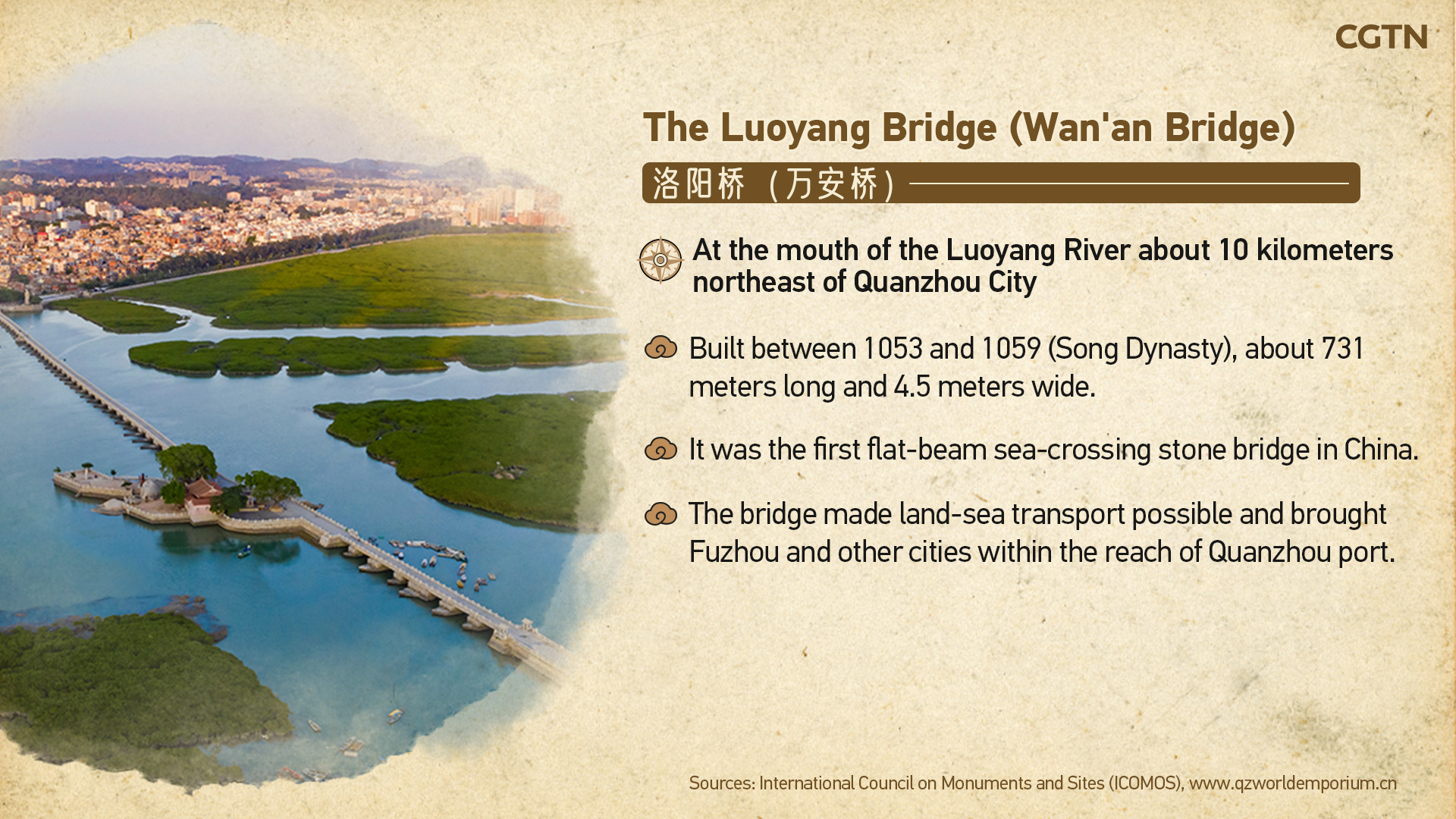 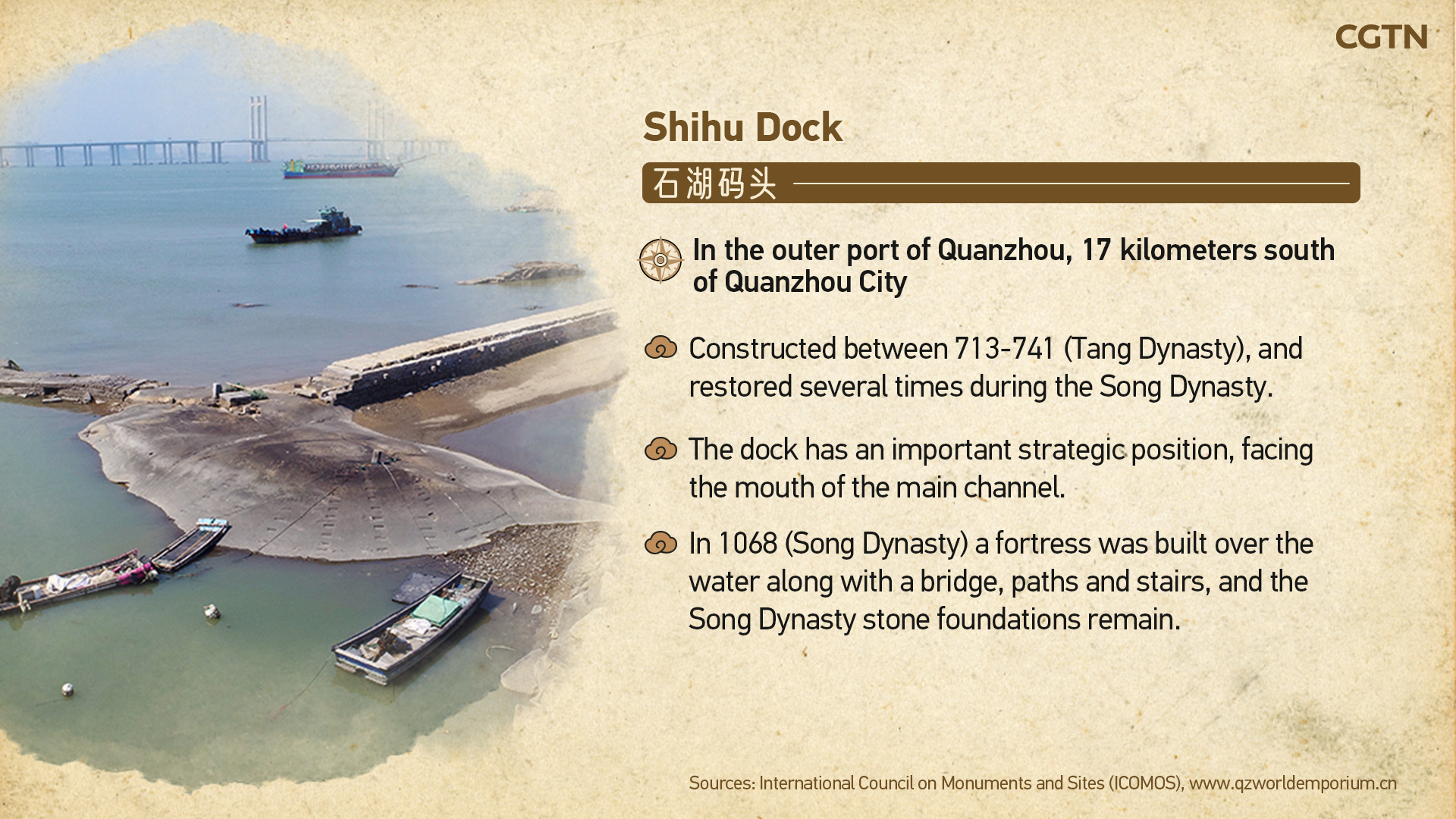 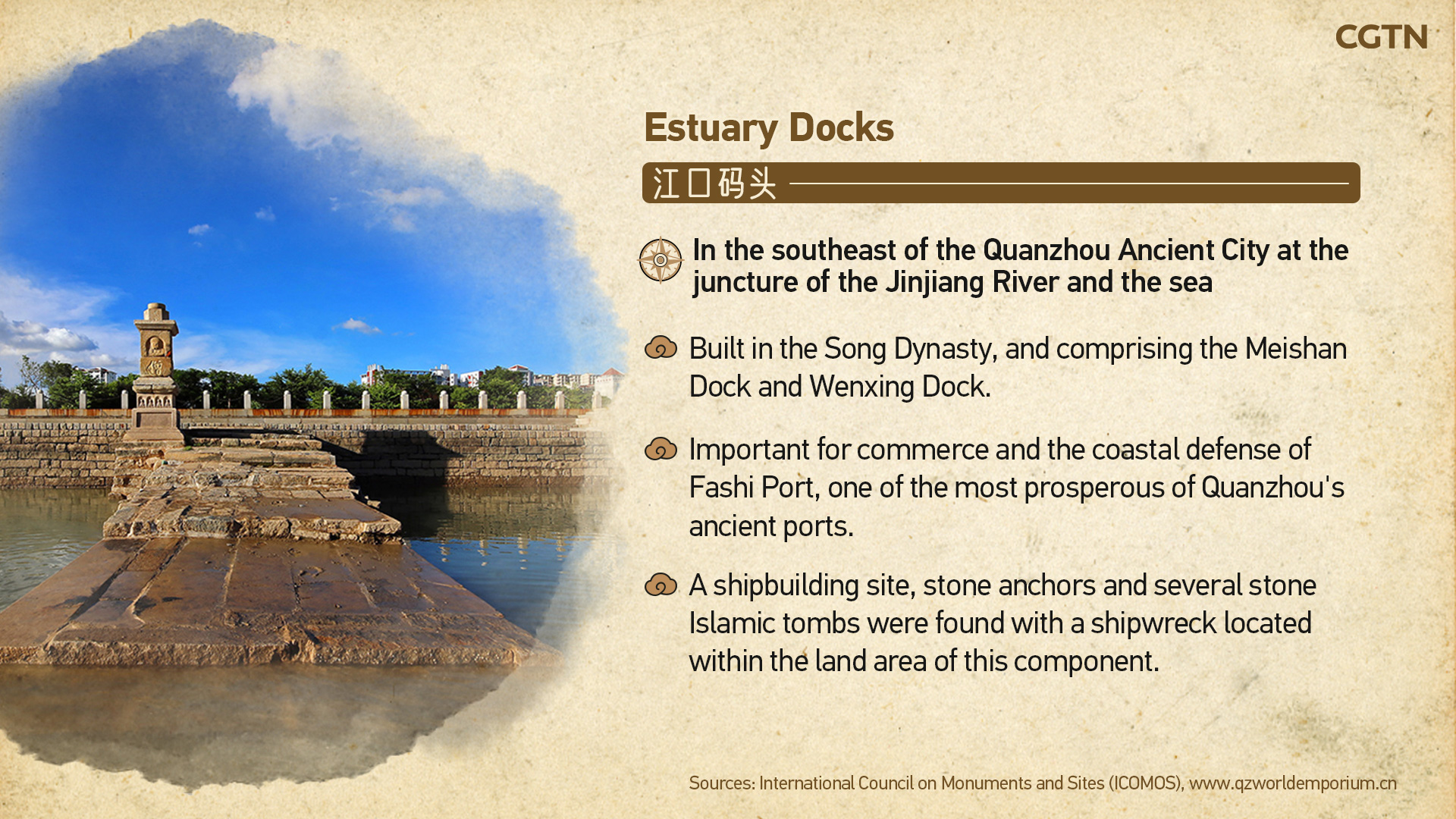 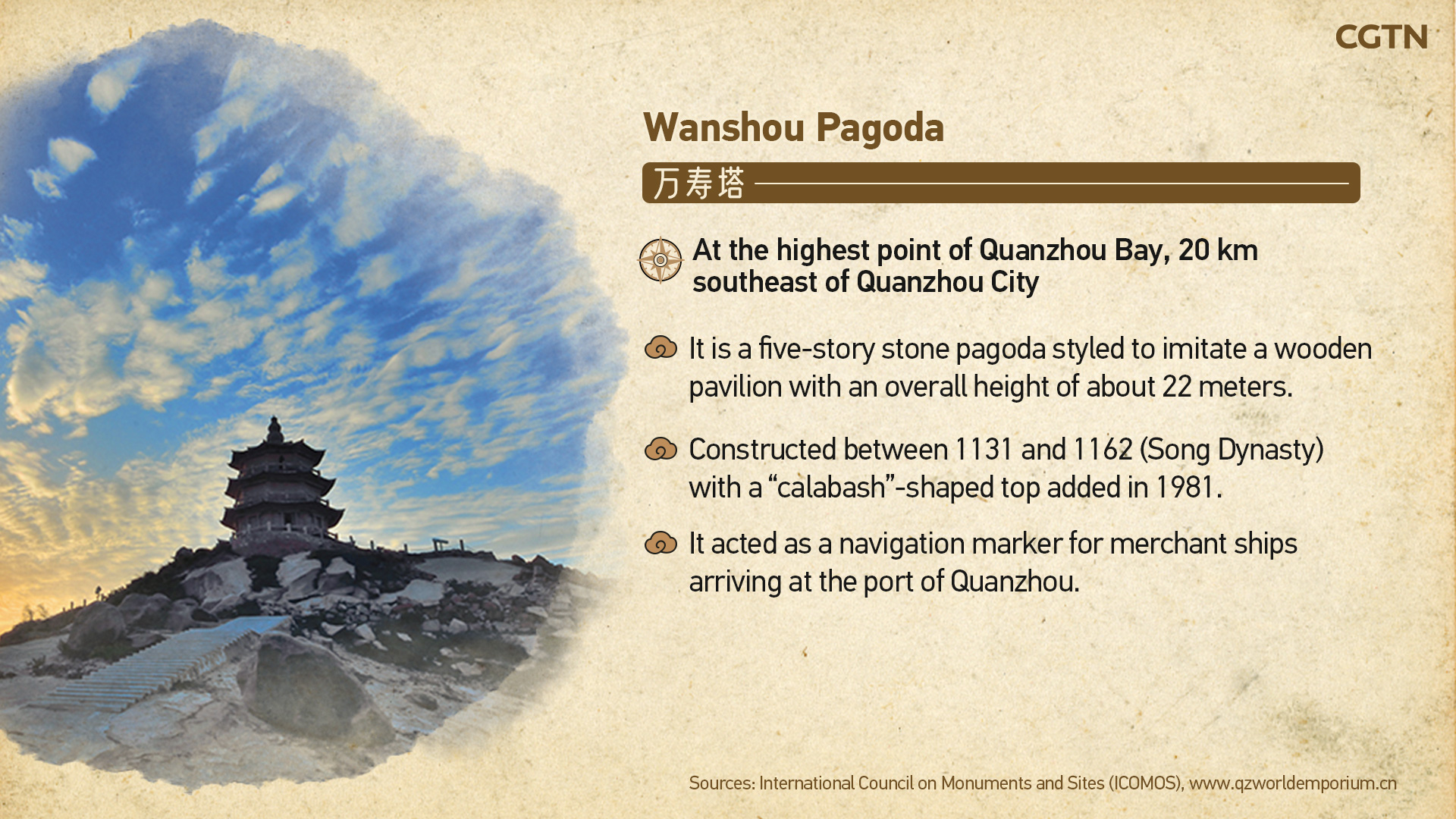 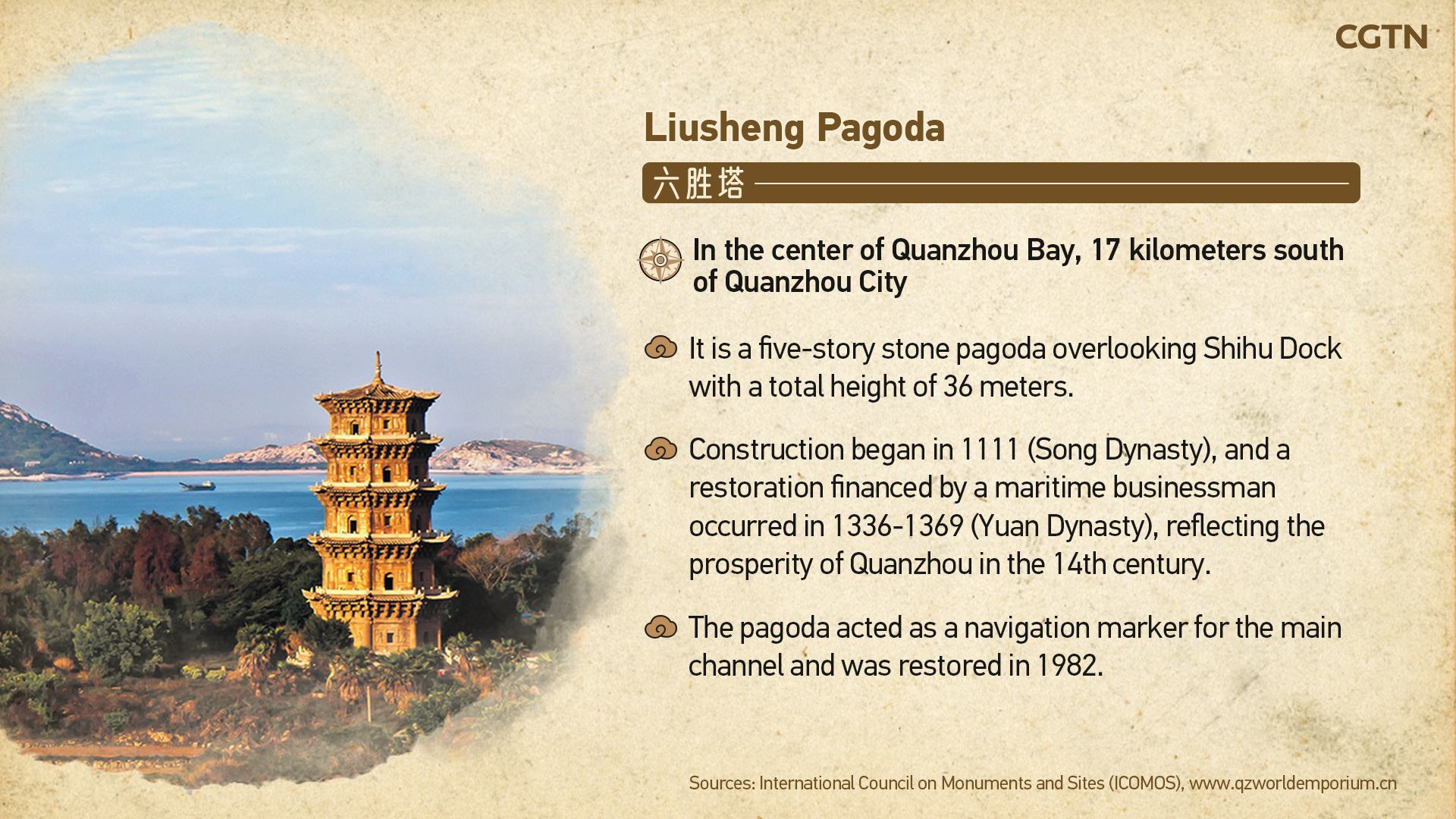 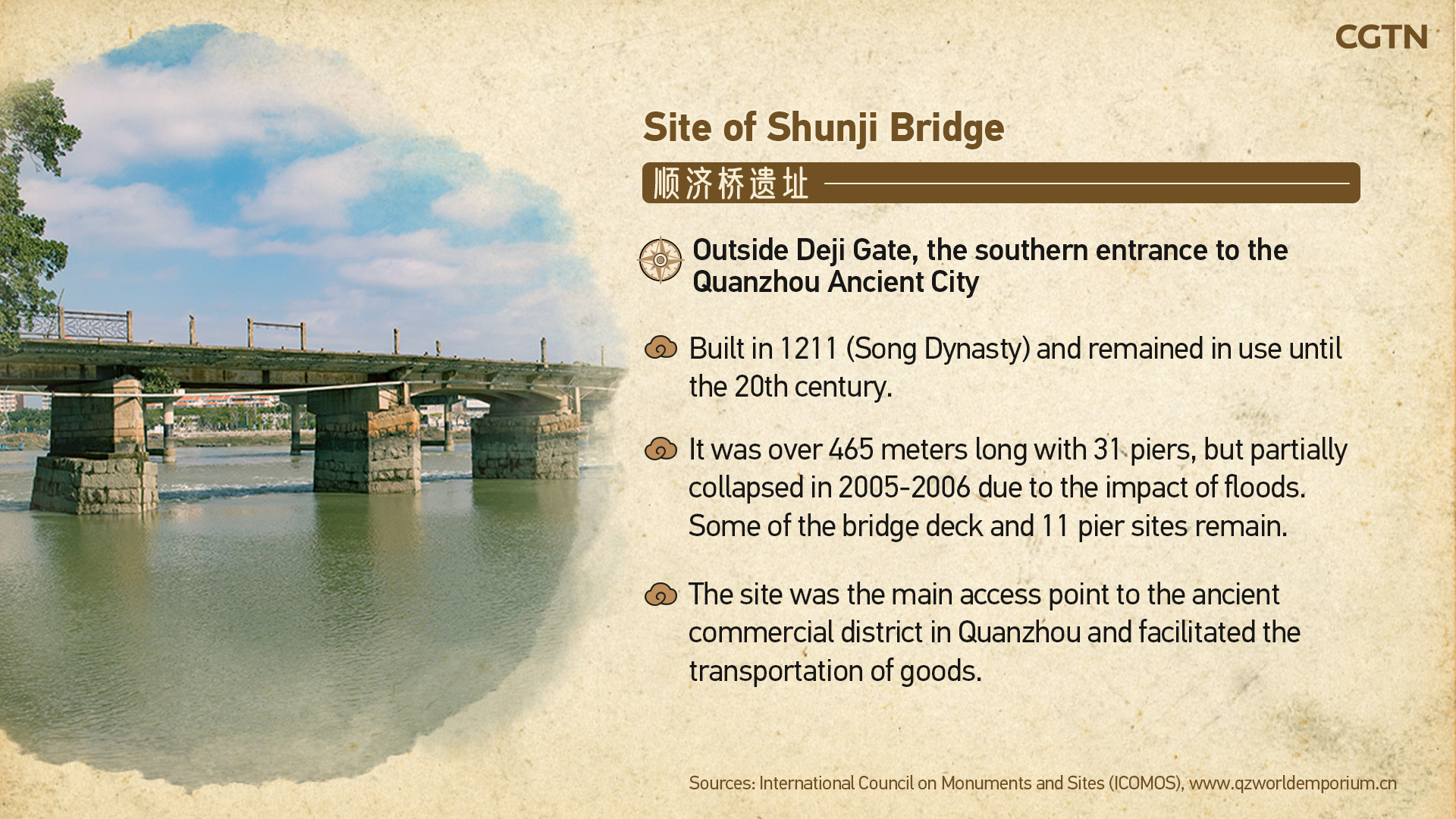 Bridges, pagodas and docks are some of the most significant landmarks in the city, which formed an efficient water-land transportation system that is an indispensable factor underlying Quanzhou's success as a domestic trade center and global maritime emporium.