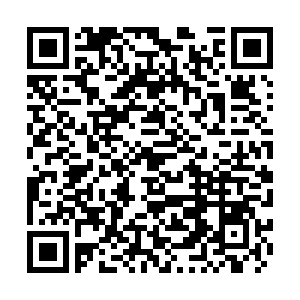 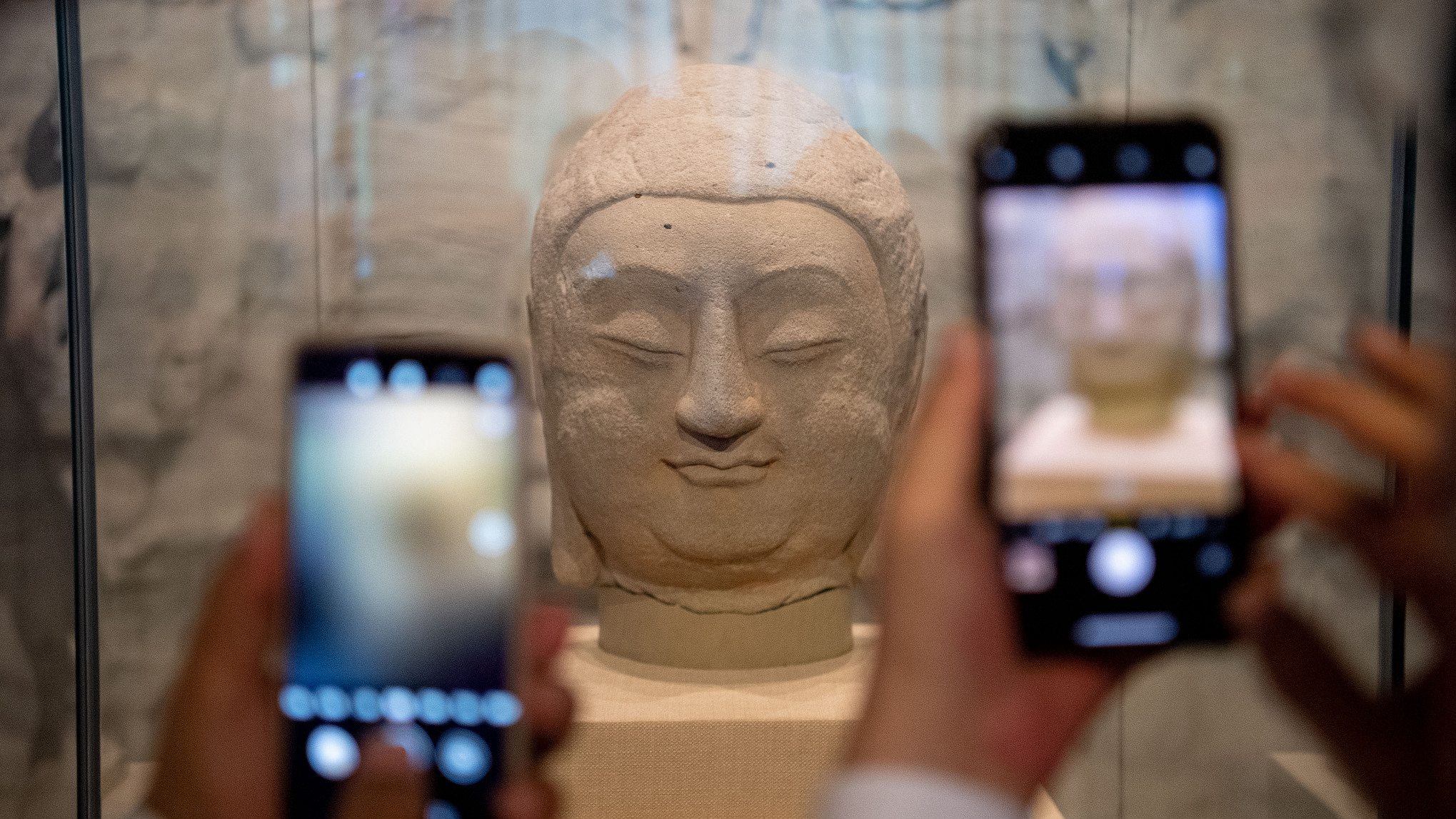 A Buddha head from the Tianlongshan Grottoes was returned to its home in Taiyuan City, north China's Shanxi Province, on Saturday, marking the first time in nearly a century that a relic has returned to China from Japan.

The head belongs to a Buddha statue in one of the caves at Tianlongshan Grottoes. It was illegally shipped out of the country in 1924, and was only retrieved in December 2020.

The sculpture shows a Buddha with a round face, pursing his lips in a smile. Its carvings have the distinctive features of the late Northern Dynasty (386-581) to the early Sui Dynasty (581-619). The head is 33.7 centimeters long, 30.4 centimeters wide, and 44.5 centimeters high. It weighs 55.5 kilograms.

The Buddha head, which was brought back from Japan on December 12, 2020, is the 100th relic retrieved by China from overseas in 2020, according to the National Cultural Heritage Administration (NCHA). 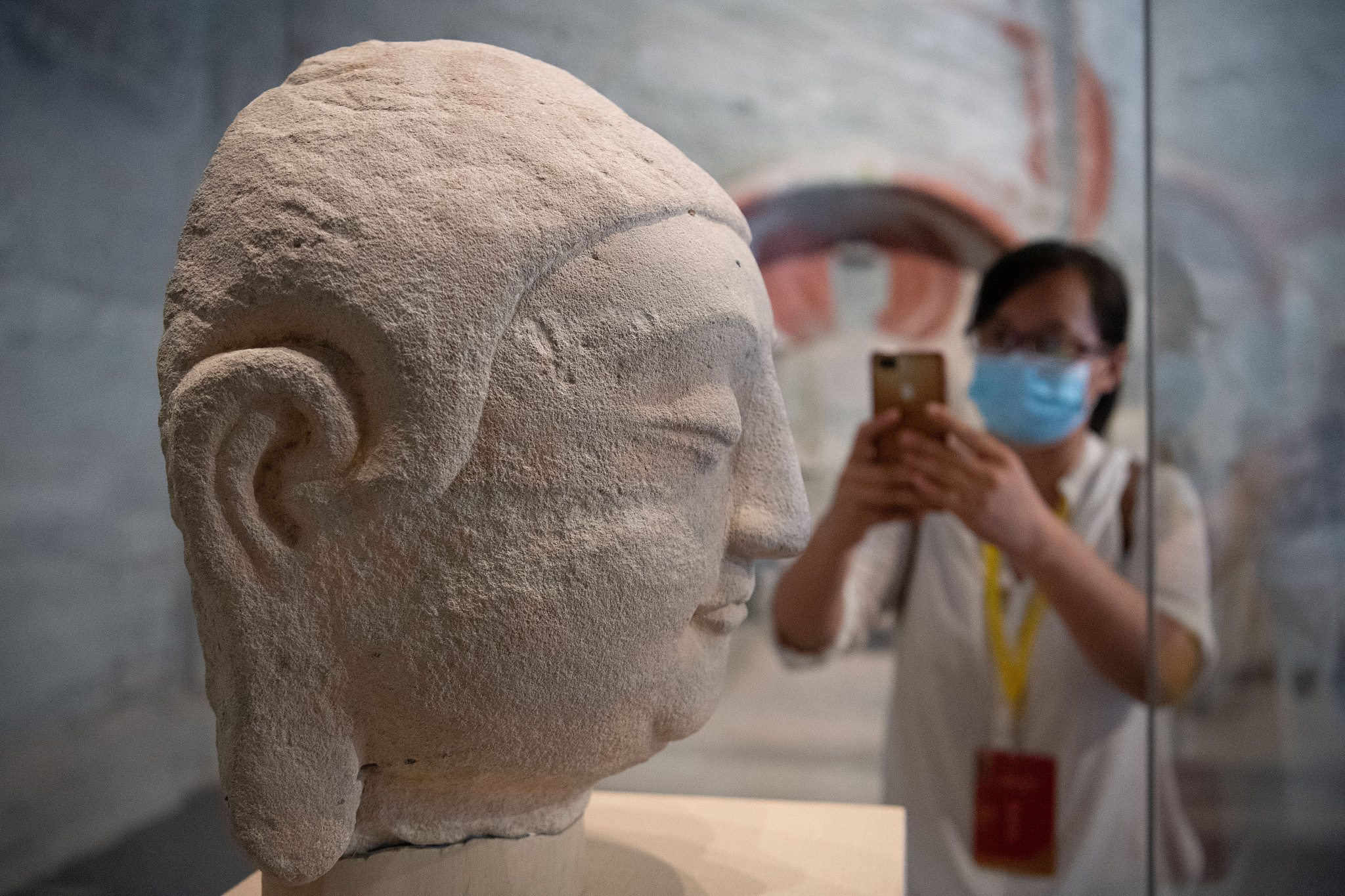 As the core exhibit of the "Return of National Treasures" theme exhibition, the head of the Buddha appeared in the Tianlongshan Grottoes Museum. The exhibition comprehensively tells the history of the loss and return of the relics of the Tianlongshan Grottoes through the use of precious cultural relics, historical pictures, digital restoration, and 3D printing of the grottoes. 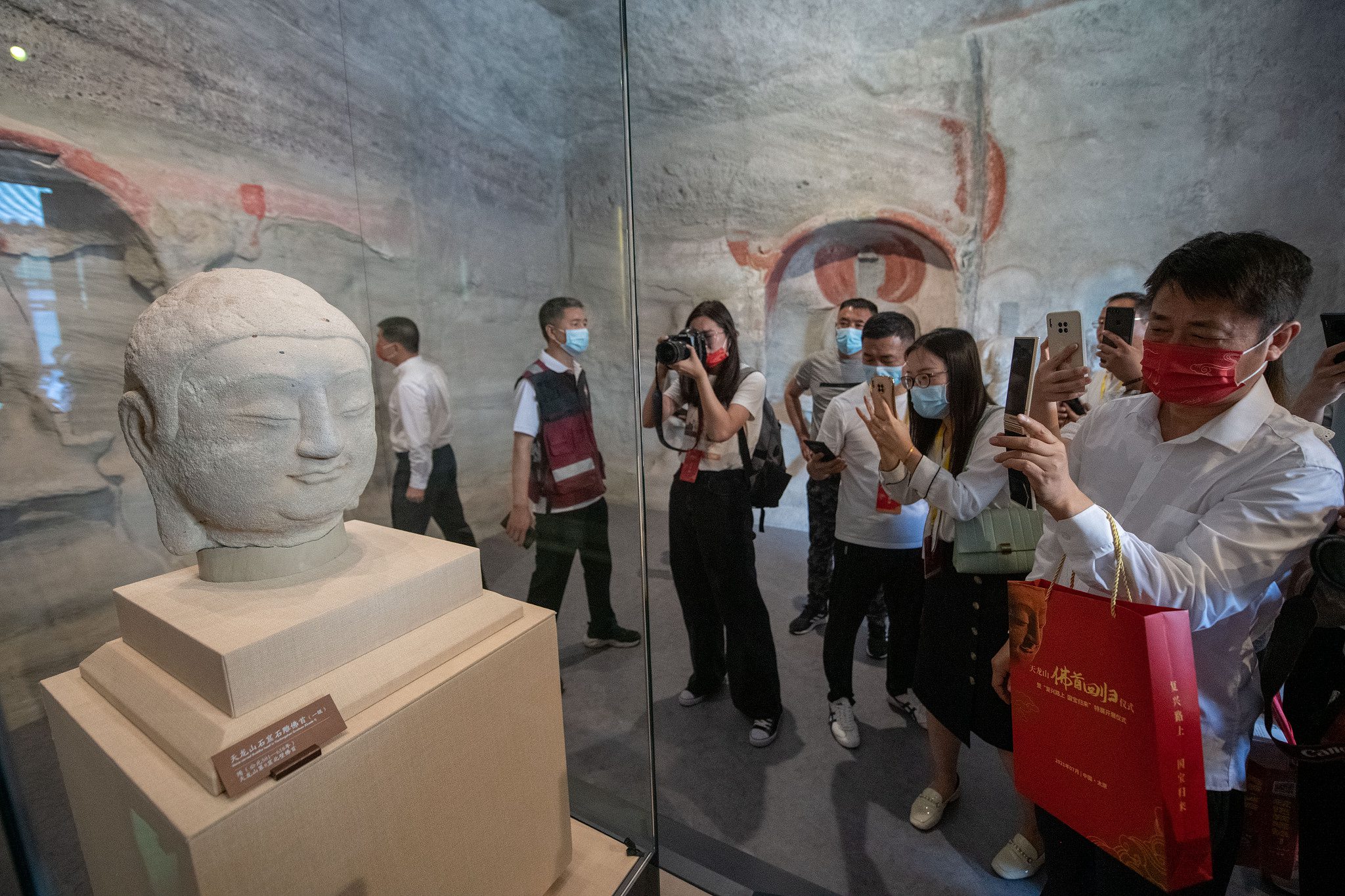 The Buddha head will be preserved and permanently displayed in the Tianlongshan Grottoes Museum for a better protection. /CFP

The Buddha head will be preserved and permanently displayed in the Tianlongshan Grottoes Museum for a better protection. /CFP

In addition, Zhang has decided to donate the 300,000 yuan (about $46,286) awarded by the government to support the recovery of cultural relics, so that more national treasures can be returned to the motherland in the future.