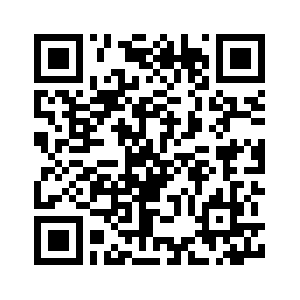 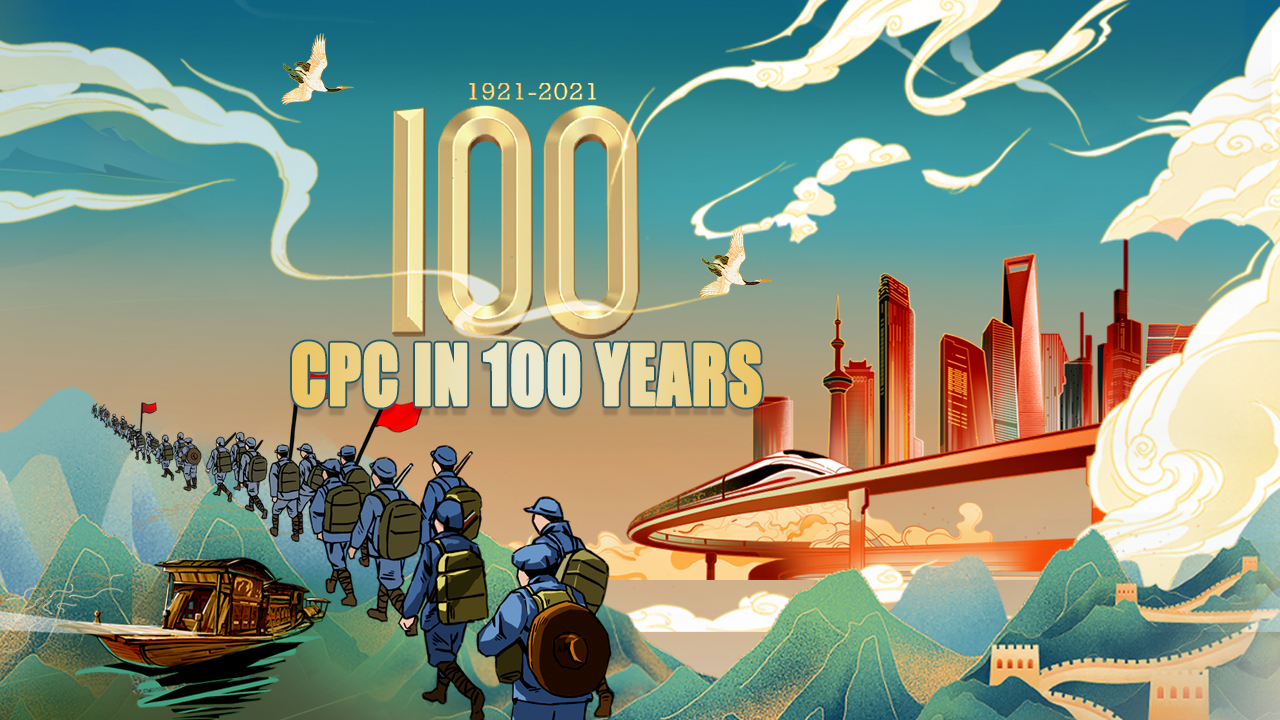 "CPC in 100 Years" is an animation about the history of the Communist Party of China (CPC). It explores how the CPC was founded, its struggles, triumphs and how it came to thrive, and rewinds key historic moments that led China to become the second largest economy in the world.

How the CPC was founded

From July 23 to August 2, 1921, the First National Congress of the Communist Party of China (CPC) was held secretly in Shanghai and on a boat on Nanhu Lake, Jiaxing City, east China's Zhejiang Province.

The delegates approved documents proclaiming the founding of the CPC. They also elected the central leadership of the organization. Its founders were intellectuals and many came from wealthy families. But they aimed to bring the people together and claimed their goals were to make China independent, strong, proud again.

The founding of a new China

Not long after its establishment, the CPC collaborated with the Kuomintang (KMT), founded by Sun Yat-sen, a pioneer of China's democratic revolution. After Sun Yat-sen passed away, the right-wing clique of the KMT staged a counter-revolutionary coup d'etat in 1927, murdering Communists and revolutionaries. A civil war started between the two sides that went on for many years.

In 1931, Japan's invasion of Manchuria shocked China and the world, marking the start of China's 14-year battle against Japanese aggression.

At the same time, the civil war between the CPC and the KMT continued. In 1934, encircled by the KMT forces, the CPC and its Red Army decided to retreat to their revolutionary base in Yan'an, in northwestern China, known as the Long March. Men, women and children traveled 12,500 kilometers on foot and fought heroic battles as they trekked mountains, rivers and swamps.

In 1937, the Japanese troops attacked the Marco Polo Bridge on the outskirts of Beijing, triggering China's full-scale resistance against the Japanese invasion. The CPC adopted tactics such as guerrilla and tunnel warfare. International support for China's war of resistance helped the nation fight off the Japanese aggressors. The year 1945 witnessed Japan's surrender.

Over the years, the CPC-led forces had won the hearts and minds of the Chinese people. In 1949, the CPC claimed victory over the KMT and the Party united the country once and for all. The People's Republic of China was born.

Bumps along the road

The years of fighting had nevertheless devastated China. Everything had to be rebuilt from scratch.

In 1949, China's per capita GDP was less than $27, making it one of the poorest countries in the world. It would take decades to rebuild the country and develop its economy. There were many hurdles along the way but the Party, the country and its people were spurred by the desire for progress.

In 1953, China announced its first Five-Year Plan, which helped the country achieve rapid development and helped lay the foundation for future economic and social progress.

In 1971, China regained its lawful seat at the United Nations (UN) and the country began playing a more active role in the international affairs. The launch of the reform and opening-up policy in 1978 created the fundamental political conditions and the institutional foundation for all development and progress in China.

The CPC has also attached great importance to science and technology. In 1965, Chinese scientists first synthesized bovine insulin: this represented a great step forward in the quest to understand life and unveil its secrets. On April 24, 1970, China successfully launched the Dongfanghong-1, the country's first man-made satellite. Medical breakthroughs, like the isolation of chlamydia trachomatis, the discovery of artemisinin and the treatment for acute promyelocytic leukemia, had a huge impact on health care in both China and the world.

Over the next few decades, China continued to grow and by 2010, the country had become the world's second largest economy.

While experiencing rapid economic and social progress, China still faced the daunting challenge of raising its poorest citizens out of poverty.

In 2012, the CPC launched a decisive campaign and by the end of 2020, China was able to claim victory over extreme poverty. Thanks to eight years of painstaking efforts, China's per capita GDP has surpassed $10,000.

When the CPC was founded 100 years ago, the divided nation and its people were bullied by foreign powers and their future looked bleak.

Today, China has embarked on a new journey of realizing national rejuvenation and peaceful development.

The CPC's history is filled with legendary figures and events. But its main focus has always been the people. For the past 100 years, thanks to the unremitting efforts of the whole Party and the entire nation, China has realized the first centenary goal of building a moderately prosperous society in all respects. The Chinese people are now marching towards the second centenary goal of building China into a great modern socialist country.