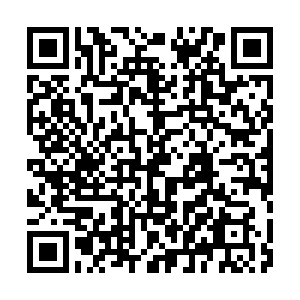 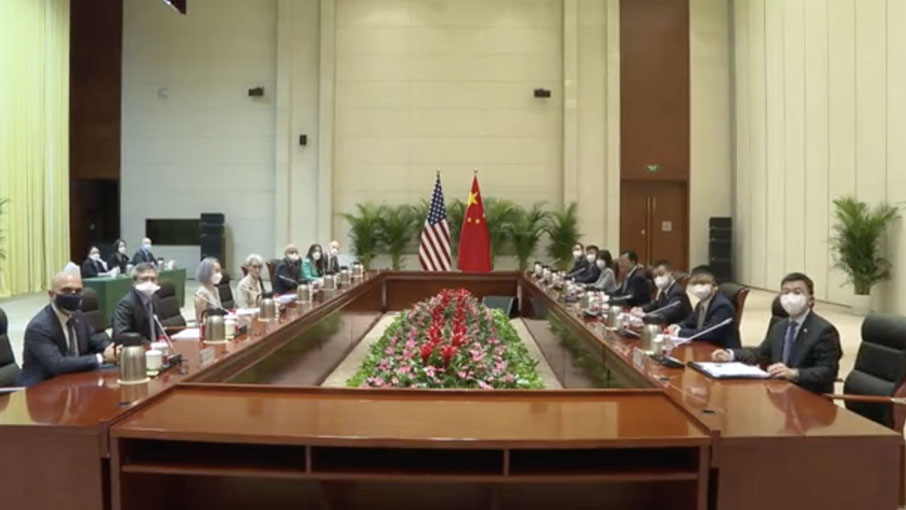 The China-U.S. relationship is in a stalemate, fundamentally because some Americans portray China as an "imagined enemy," China's Vice Foreign Minister Xie Feng said during talks with visiting U.S. Deputy Secretary of State Wendy Sherman in China's Tianjin Municipality on Monday.

Sherman arrived in China on Sunday for a two-day visit. She is scheduled to meet Chinese State Councilor and Foreign Minister Wang Yi on Monday afternoon. Before coming to China, she visited Japan, South Korea and Mongolia.

Xie expressed disappointment in some Americans who used terms like "Pearl Harbor moment" and "Sputnik moment" to refer to challenges faced by the U.S. in the context of conflicts between the two countries. He said such descriptions, in the view of some international scholars, compared China to Japan in World War II and the Soviet Union during Cold War.

"It seems as if by making China an 'imagined enemy,' a national sense of purpose would be reignited in the U.S."

Xie said the U.S. was aiming to divert attention from its domestic public discontent over political, economic and social issues as well as its own structural problems by demonizing China.

"It seems as if when China's development is contained, all U.S. domestic and external challenges would go away, and America would become great again and Pax Americana would continue to go on," Xie said, claiming that the U.S. was launching a whole-of-government and whole-of-society campaign to bring China down.

"We urge the U.S. to change its highly misguided mindset and dangerous policy."

Wang Yi: We bear responsibility to teach U.S. to treat others equally 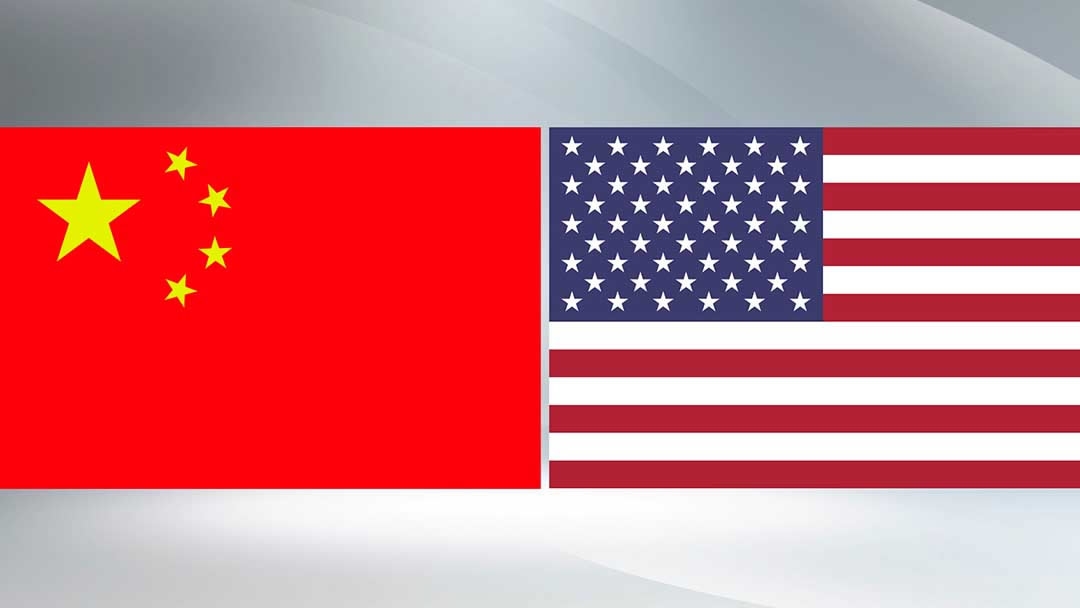 Xie said the Chinese people look at things with their eyes wide open. "They see the competitive, collaborative and adversarial rhetoric as a thinly veiled attempt to contain and suppress China," he said when speaking of the U.S. strategy towards China.

"The real emphasis is on the adversarial aspect, the collaborative aspect is just an expediency, and the competitive aspect is a narrative trap," the vice foreign minister added.

The U.S. demands cooperation when it wants something from China, Xie said, but chooses to decouple with China when it believes it is to its advantage.

The U.S. would rather confront with China in order to contain the country, he said, describing the U.S. way of thinking as "do bad things while getting good results."

"How is that ever possible?" asked the vice foreign minister.

U.S. proposed international order: 'The law of the jungle' in nature

Dismissing the U.S. so-called "rules-based international order," Xie said it is in fact "the law of the jungle" and an attempt to hold other countries back.

It is an attempt made by the U.S. and a few other Western countries to frame their own rules as international rules and impose them on other countries, Xie added.

"The purpose is to resort to the tactic of changing the rules to make life easy for itself and hard for others," Xie stated, stressing what the U.S. intends to do is to introduce "the law of the jungle" where might is right and the big bully the small. 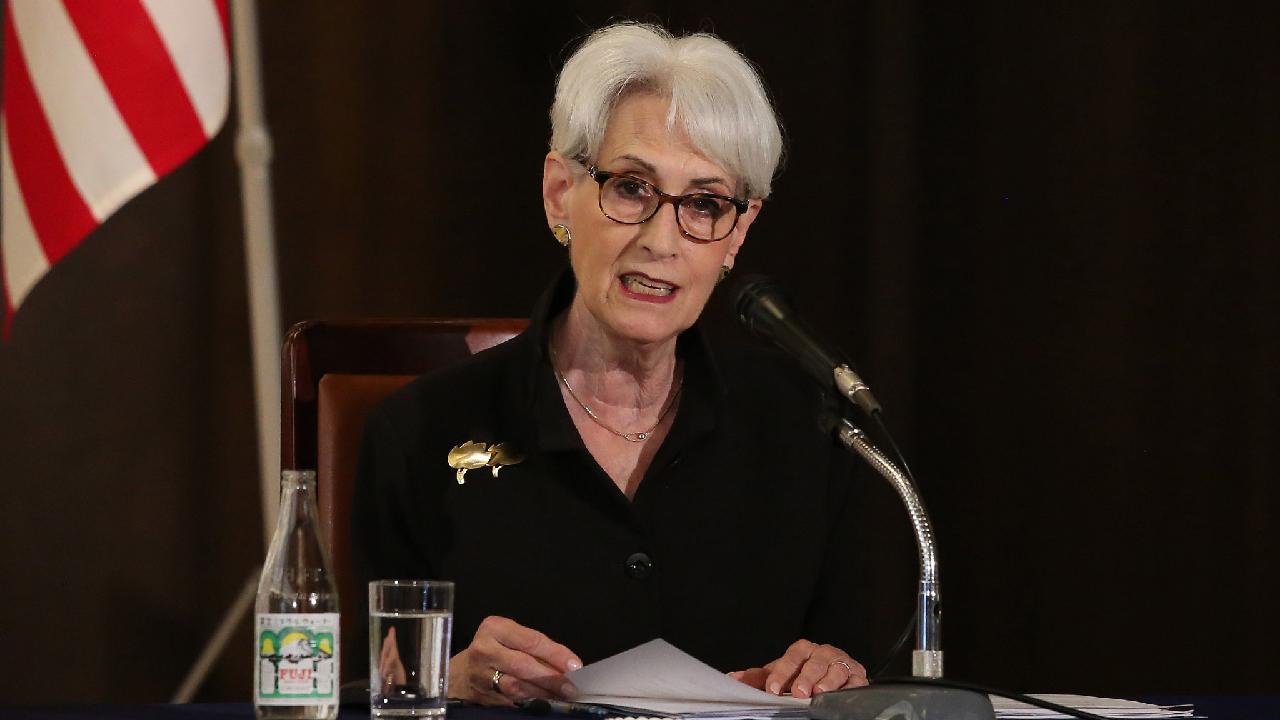 U.S. not the spokesperson for democracy and human rights

Xie also dismissed the U.S. claim to be the world's spokesperson for democracy and human rights. He called on the U.S. to address its own human rights issues, and said that from a historical perspective the United States had engaged in genocide against Native Americans.

The U.S. has lost 620,000 lives due to its halting response to COVID-19 and its frequent military interventions have brought undue catastrophes to the world, added the vice foreign minister. "How can the United States portray itself as the world's spokesperson for democracy and human rights?"

Xie rebuked the U.S. attempt to lecture China on the issue by highlighting the great transformation the Chinese nation has made in just 100 years.

Over 90 percent of Chinese are satisfied with the government, Xie added, citing results from a Western survey.

"Without the strong leadership of the Communist Party of China, an effective political system and a development path suited to China's circumstances, or if people on the street in China were all denied democracy, freedoms and human rights, how could it be possible for the Chinese people to ever generate such immense creativity and productivity?"

Cooperation in an equal manner

Calling cooperation the most pressing issue for the whole world, Xie called on the U.S. to change its attitude and strategy and meet with China halfway under the principle of mutual respect, fair competition and peaceful coexistence.

The Chinese people are peace-loving, and are committed to constructing a new type of international relations featuring mutual respect, justice and win-win cooperation, and a community with a shared future for mankind, the vice foreign minister said.

China is ready to treat the U.S. in an equal manner and seek common ground while reserving differences, Xie stressed, stating that a sound and stable China-U.S. relationship is not only in the interests of both sides but also the common expectation of the international community.

Xie viewed the U.S. as the "inventor and patent and intellectual property owner of coercive diplomacy."

The U.S. notion of "engaging other countries from a position of strength," in Xie's opinion, is just another version of the big bullying the small and might is right.

"This is pure coercive diplomacy," he said, referring to the U.S. proposed unilateral sanctions, long-arm jurisdiction and interference in other countries' internal affairs.

The Chinese vice foreign minister reiterated China's foreign policy, stressing that the country has no desire to seek hegemony or territorial expansion, and has never coerced any country.

"China responds to foreign interference with legitimate and lawful countermeasures. The aim is to defend the legitimate rights and interests of the country and uphold international equity and justice," he said.

"China has never gone to others' doorsteps to provoke trouble. Neither has China ever stretched its arm into the households of others, still less has China ever occupied any inch of other countries' territory."