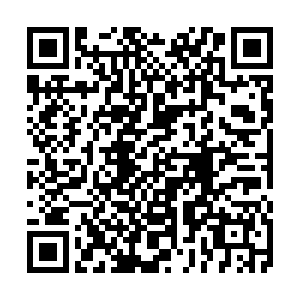 The coronavirus origin tracing work should not be politicized, said Dr Gao Fu, director of the Chinese Center for Disease Control and Prevention (CDC), citing examples of previous virus tracing.

Gao expressed his opinion during the 23rd Annual Meeting of the China Association for Science and Technology (CAST) that opened in Beijing on Tuesday, with the example of another coronavirus named "HCoV-HKU1."

Gao Fu lists the seven coronaviruses that are known to be able to infect humans, at the 23rd Annual Meeting of the China Association for Science and Technology (CAST) in Beijing, China, July 27, 2021. /CAST

Gao Fu lists the seven coronaviruses that are known to be able to infect humans, at the 23rd Annual Meeting of the China Association for Science and Technology (CAST) in Beijing, China, July 27, 2021. /CAST

The virus was first extracted in 2004 by microbiologist Yuen Kwok-yung in the University of Hong Kong. But scientists in Brazil later found that they had a sample of the same virus dating back to the 1990s.

"They tested their samples in the fridge from 1995 and found the HCoV-HKU1," he told the meeting. "The virus has already infected humans in that year."

Gao said this example is the reason behind his multiple calling to the world that the virus origin's tracing is a scientific work that should not be politicized.

"No one should play the blaming game," he said.

The Biden administration is using the intelligence community to find out if the coronavirus was leaked from a lab in Wuhan. The World Health Organization is planning to launch the second phase of its origin-tracing mission even after a joint WHO-China international team concluded that lab leak theory is extremely unlikely to be true.

The Chinese government, and the Ministry of Foreign Affairs, have said multiple times in recent months that the origin-tracing should be done not only in China but also in other countries with possibilities.

Research papers from around the world, including the U.S., France, Brazil, Italy, Japan and Spain, have revealed traces of the coronavirus before it was reported in Wuhan at the end of 2019.

Many other papers are calling the world to refrain from the cost-heavy work of origin-tracing and go back to the right track of producing and distributing COVID-19 vaccines.