Download
Chart of the Day: A quick reminder of WHO's last COVID-19 origins study visit
CGTN 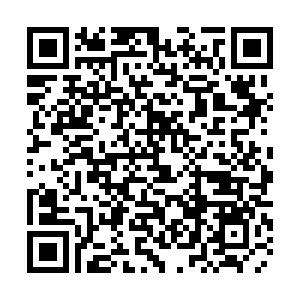 China last week rejected the World Health Organization's (WHO) suggested plan on the second phase of coronavirus origin-tracing, which prioritizes lab leak theory, saying it is against common sense and science.

"I was surprised when I saw WHO's origin-tracing plan for the second phase," Zeng Yixin, deputy head of the National Health Commission (NHC), said at a press briefing. "The plan has set the assumption of China leaking the virus due to violating research instructions as one of the research priorities," he said.

Accusations surrounding China's rejection of WHO's plan are simmering, with arguments mainly around the lack of transparency and cooperation over WHO experts' first trip to Wuhan, a central Chinese city where the epidemic was first reported. On January 14, the WHO-China joint team of 34 top experts worldwide carried out a 28-day research mission there.

Read more: Timeline: WHO team's study on COVID-19 in Wuhan

The WHO Director-General Tedros Adhanom Ghebreyesus said on Thursday that investigations were being hampered by the lack of raw data on the first days of spread there and urged China to be more transparent.

However, according to Liang Wannian, leader of the Chinese side of the first-phase tracing team, China has displayed the first 174 cases in Wuhan in its entirety. "The Chinese side and the foreign side of the team examined the data together," Liang said on Thursday's press conference.

He said the only things not allowed were photos or copies of the data in order to protect the privacy of those COVID-19 patients, adding that, "At that time, the foreign experts said they understood our practice since it's a common practice not only in China but also across the world."

The team of experts also visited all the places central to the outbreak, including the seafood market and the Wuhan Institute of Virology, talked with local medical workers, lab researchers, scientists and market managers, and interviewed social workers, community workers, residents and patients who had recovered, according to Zeng.

Peter Daszak, British zoologist and one of the experts of the last expert trip, said on his personal Twitter that they did get access to critical new data throughout and did increase the understanding of likely spillover pathways. 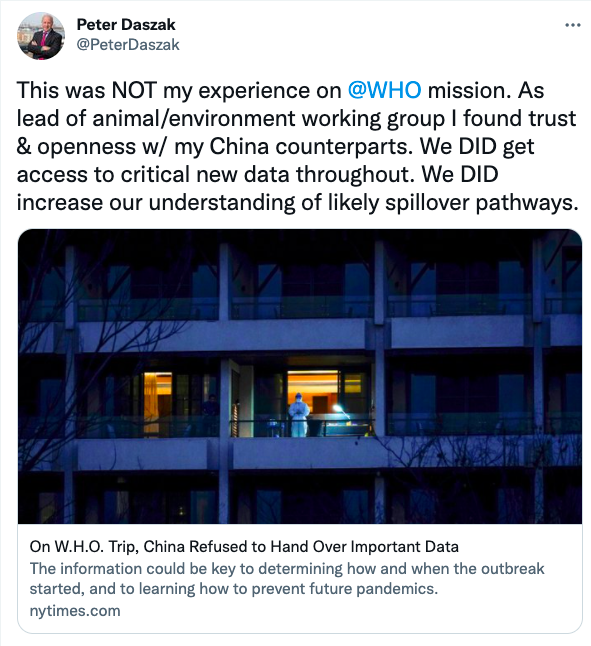 In an earlier virtual interview with CGTN's anchor, Daszak said he respects the work the Chinese scientists have done in Wuhan and said the team had "good, open, honest discussions, really got into every detail" with their Chinese counterparts, and they got "really deep understanding" with "a lot of transparency."

Since the release of the report, more and more scientific evidence shows that this report is a valuable and authoritative one that can stand the test of science and history, according to Zeng.

"(There is) no need to conduct repetitive research which has already come to clear conclusions," he said.

Graphics: Key questions addressed by WHO report on COVID-19 origins