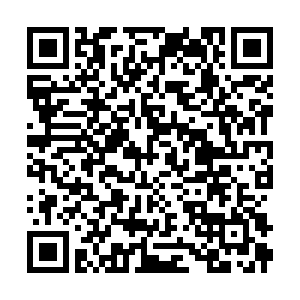 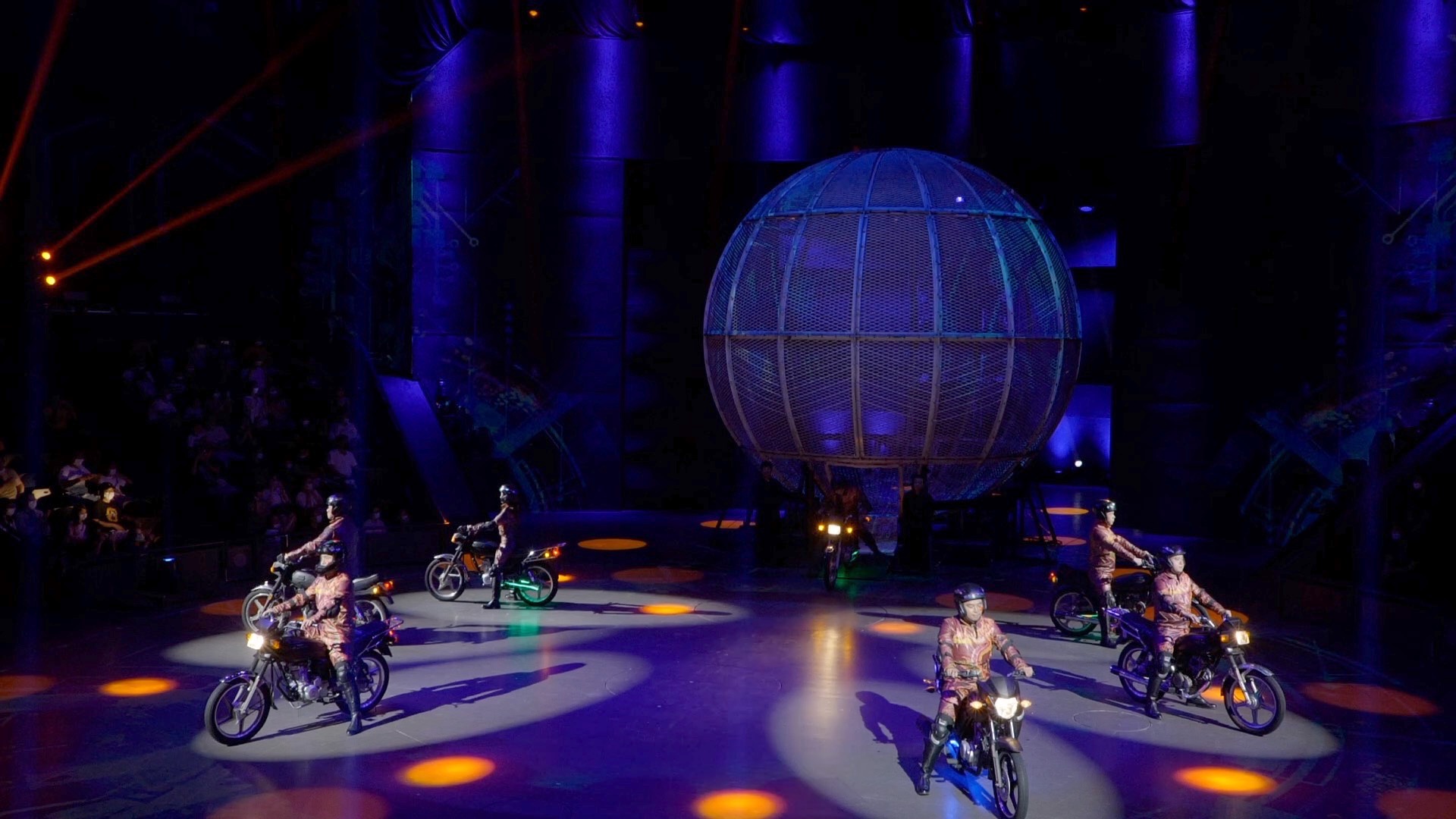 This updated version of "Era" centers on a young man's encounter with a girl who lends him an umbrella on a rainy day. It follows his adventurous search for the mysterious young woman in Shanghai, which culminates when the two are reunited for a romantic dance on a giant iron ring.

For the troupe's director Yu Yigang, it was all about making "Era 2" more relatable to the audiences, and this meant exploring new possibilities in traditional acrobatics.

"Acrobatics were often shown as individual acts with little or no coherence between the acts. Now as people's aesthetics grow, we're also exploring new possibilities of the art form with the 'Era' series, going back to its roots," Yu told CGTN. Yu added that broadly speaking, zaji, or acrobatics, encompassed various performance skills that originated from daily life, as well as physical feats and martial arts. For instance, the tableware used in performances involving spinning plates and juggling jugs as well as the chairs stacked up for the balancing acts all come from dining rooms.

"In a sense, acrobatics is an art form that expresses people's energetic life forces from daily lives. And that's how we were able to make the acts more relatable to the audience, with the help of visual projections and new technologies," Yu said.

Since the premiere of "Era 1" in 2005, the world of live entertainment has seen major changes, such as shows having more theatrical elements, according to Yu. 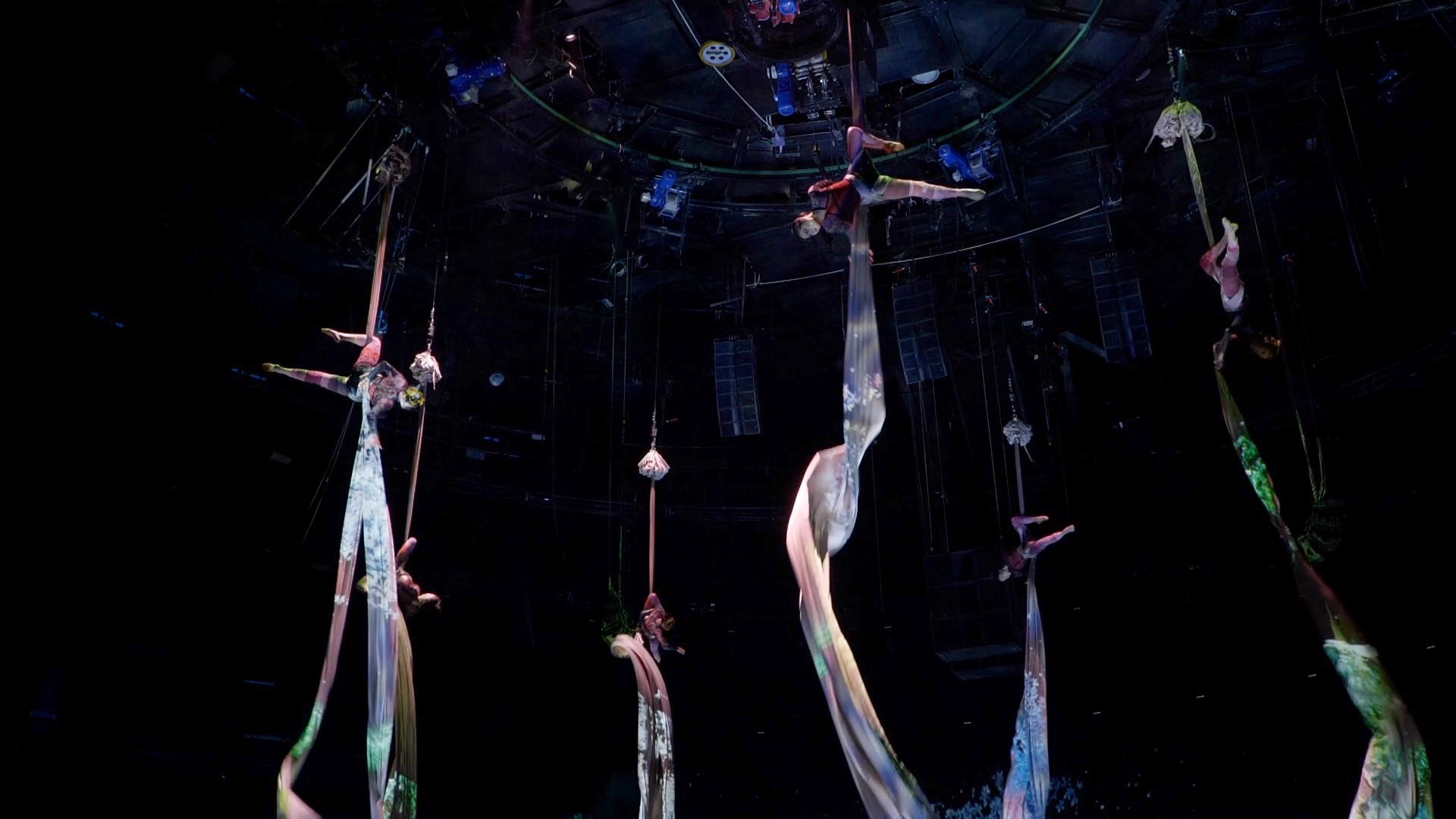 Today, acrobats need to be more than just agile athletes; they need to be entertainers and performers on stage, Yu told CGTN.

It's equally important for modern shows to have a cultural identity. 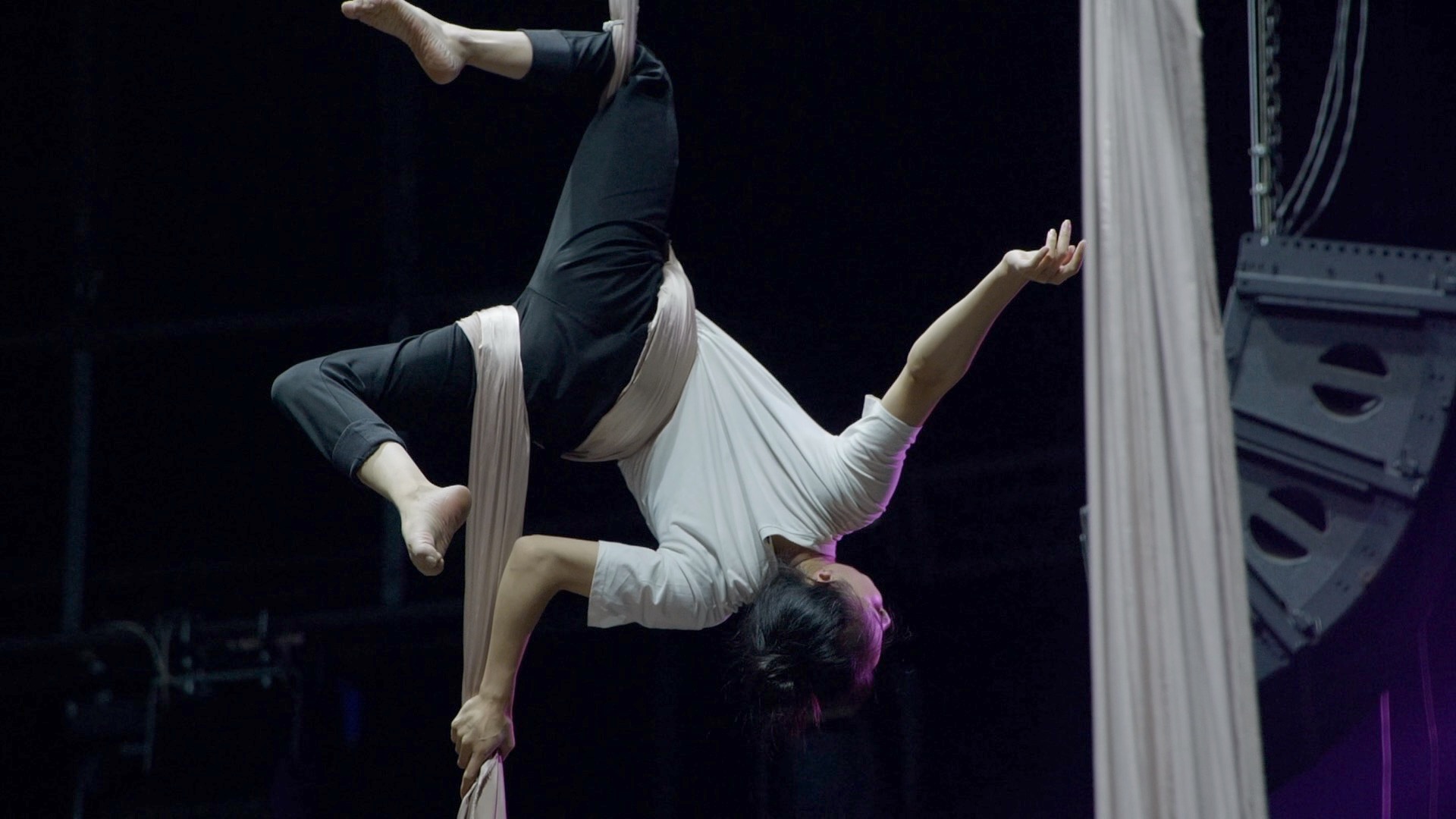 An acrobat from Shanghai Acrobatic Troupe rehearses for "Era – Intersection of Time." /CGTN

An acrobat from Shanghai Acrobatic Troupe rehearses for "Era – Intersection of Time." /CGTN

Just as people would attend Cirque du Soleil, also known as "Circus of the Sun" in Las Vegas, for a more immersive experience, Yu hopes that "Era 2" could do the same for Shanghai.

"I think, for the tourists, seeing the show completes their visit to Shanghai," Yu told CGTN.

"Apart from the breathtaking stunts, the show inspires them to explore the city on a deeper level. We have segments showing Old Shanghai, as well as the New Shanghai. We're proud to polish this cultural brand of the city and show what new acrobatics look like to today's audiences from both home and abroad," he added.