Download
Chart of the day: What you need to know about Biden's pick for ambassador to China
CGTN 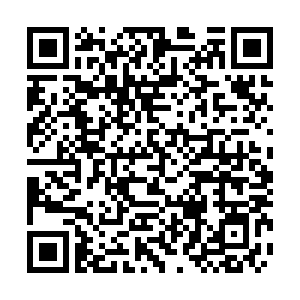 U.S. President Joe Biden plans to appoint Nicholas Burns, a veteran diplomat and Harvard University professor, to serve as the next U.S. ambassador to China, the White House said on Friday.

The post has been vacant since October 2020, when former President Donald Trump's appointee Terry Branstad stepped down.

Burns, 65, has served in the U.S. government for over two decades, under both Democratic and Republican administrations. 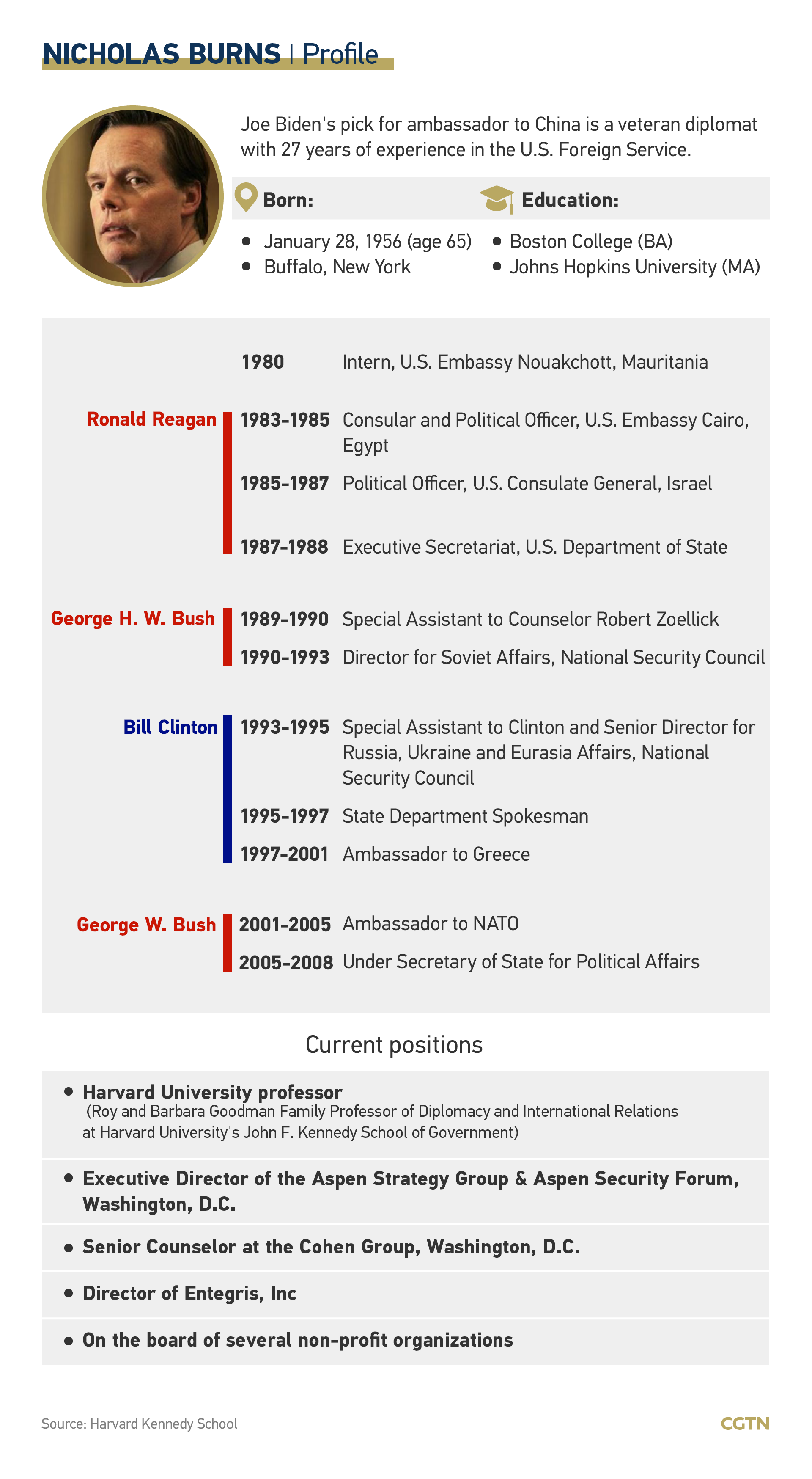 He started in Africa and the Middle East in the early 1980s, then served from 1990 to 1995 on the National Security Council at the White House under presidents George H.W. Bush and Bill Clinton.

Burns was later ambassador to Greece and to NATO from 2000 to 2005, before being appointed Undersecretary of State for Political Affairs by President George W. Bush, the third-ranking position in the State Department. He shepherded talks to achieve new agreements with India on civil nuclear energy, and served as the chief U.S. negotiator on Iran's nuclear program during that tenure.

Who were the predecessors?

Previous ambassadors to China over the past two decades have all been high-profile politicians. Jon Huntsman (2009-2011) was previously governor of Utah, and Gary Locke (2011-2014), the first Chinese-American to serve as ambassador to China, had served as U.S. Secretary of Commerce and governor of Washington state. Max Baucus (2014-2017) was Montana's longest serving senator, and Branstad (2017-2020) was a long-time governor of Iowa. 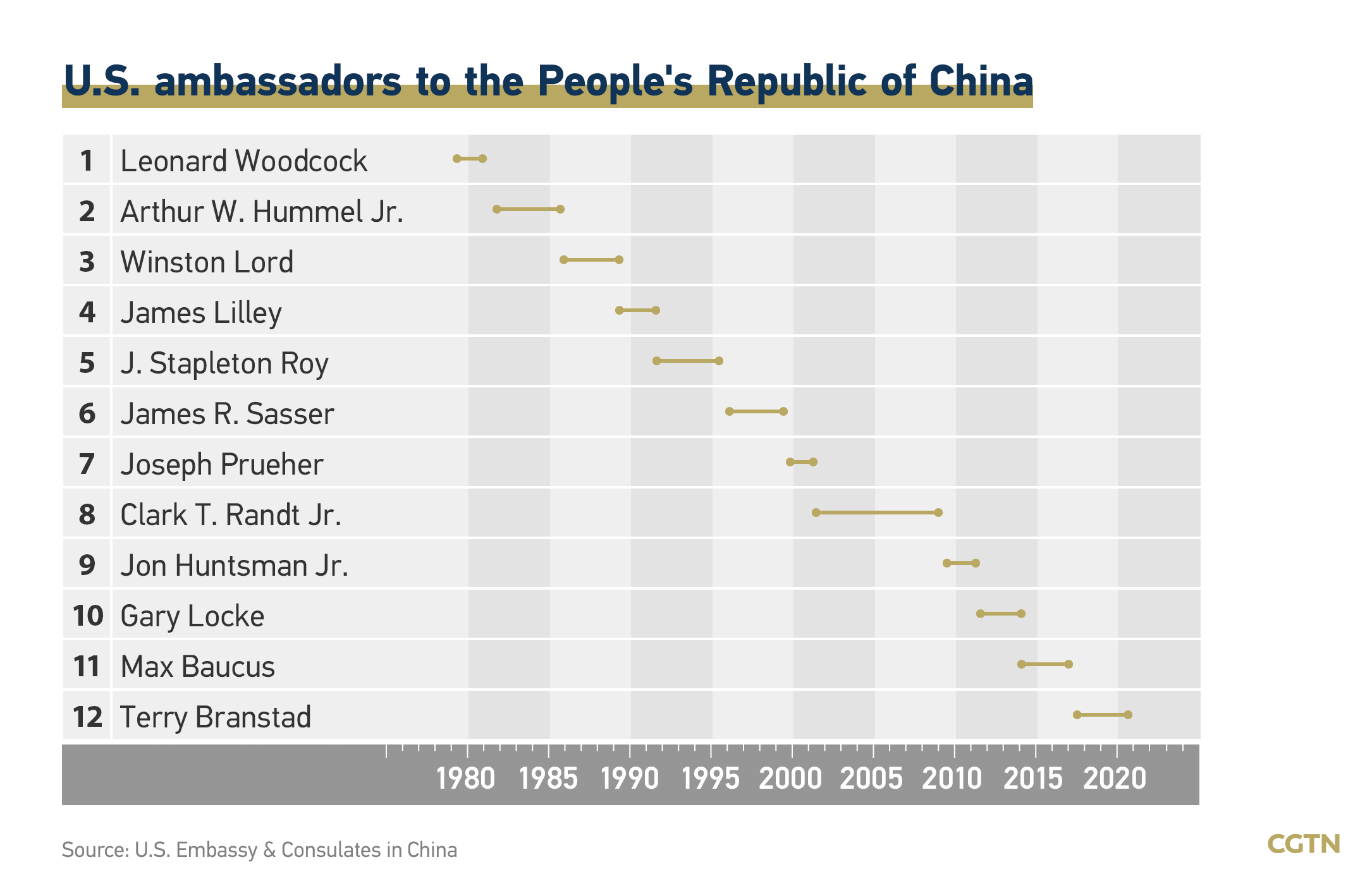