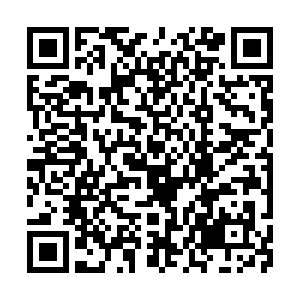 In a phone conversation with Ethiopian Deputy Prime Minister and Foreign Minister Demeke Mekonnen, Wang said China and Ethiopia are each other's comprehensive strategic cooperative partners, and bilateral relations have gone through tests and become stronger over time.

In the face of the COVID-19 pandemic, the two countries have helped each other and deepened their friendship, Wang said, adding that China is ready to continue close coordination and cooperation with Ethiopia in international affairs and safeguard the common interests of the two countries and other developing countries.

Wang said that China firmly supports Ethiopia's efforts to safeguard national sovereignty and independence, believes that the Ethiopian government has the capacity and wisdom to properly handle its internal affairs, and will continue to support the Ethiopian people in realizing national peace, stability, development and prosperity.

China will adhere to its consistent position and oppose external forces interfering in Ethiopia's internal affairs under the pretext of human rights, Wang said.

China hopes that the international community will support the position of the Ethiopian federal government on realizing a comprehensive and lasting ceasefire, and effectively promoting its national reconciliation, he added.

Wang said that the United States is now trying to discredit China in order to shift its responsibility for failure in fighting the epidemic at home. In particular, he noted, the U.S. intelligence community is speeding up the fabrication of a so-called origins tracing report in a bid to pin the blame on China.

Wang expressed his belief that the international community, including Ethiopia, will see through the nature of the U.S. move, continue to take an objective and just position, clearly oppose the malicious attempt to politicize COVID-19 origins tracing, and jointly maintain the sound momentum of international solidarity against the epidemic.

Demeke said he appreciated China's strong support to his country in fighting the coronavirus, according to a Chinese Foreign Ministry statement, and Ethiopia is committed to advancing the China-Ethiopia comprehensive strategic cooperative partnership to a new level.

Ethiopia, like China, firmly opposes Western interference in other countries' internal affairs under the excuse of human rights, he said, adding that his country believes that origins tracing should not be politicized and must be carried out in accordance with science.

Ethiopia is looking forward to the new session of the FOCAC, and will make full use of the platform to enrich bilateral relations, Demeke said.

The two sides also exchanged views on other issues of common concern.