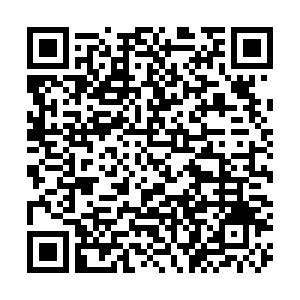 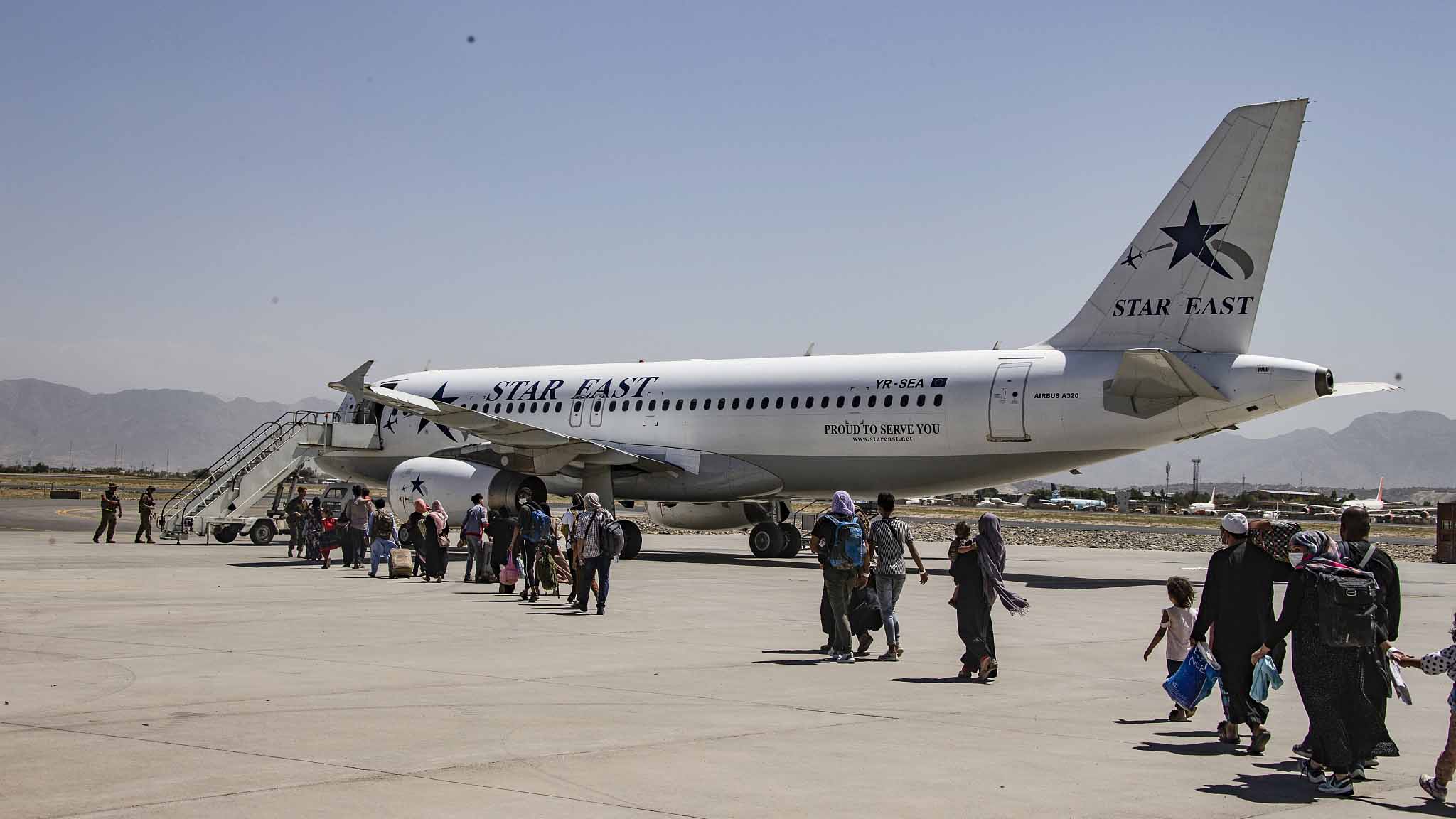 The Afghan Taliban said on Sunday that they are ready to take over the airport as the evacuation of the U.S. and its allies comes near the end.

"The U.S. troops are in control of a small part of the airport, including an area where the radar system of the airport is located," Enhamullah Samangani told Tolo News TV, noting that the U.S. and coalition forces have handed over control of three gates, including the entrance to the military section, of Kabul's airport, to Taliban members.

"We are ready to take over the security and technical responsibility of the airport," he said.

Taliban deployed a unit of special forces at the main gate of the airport about two weeks ago. 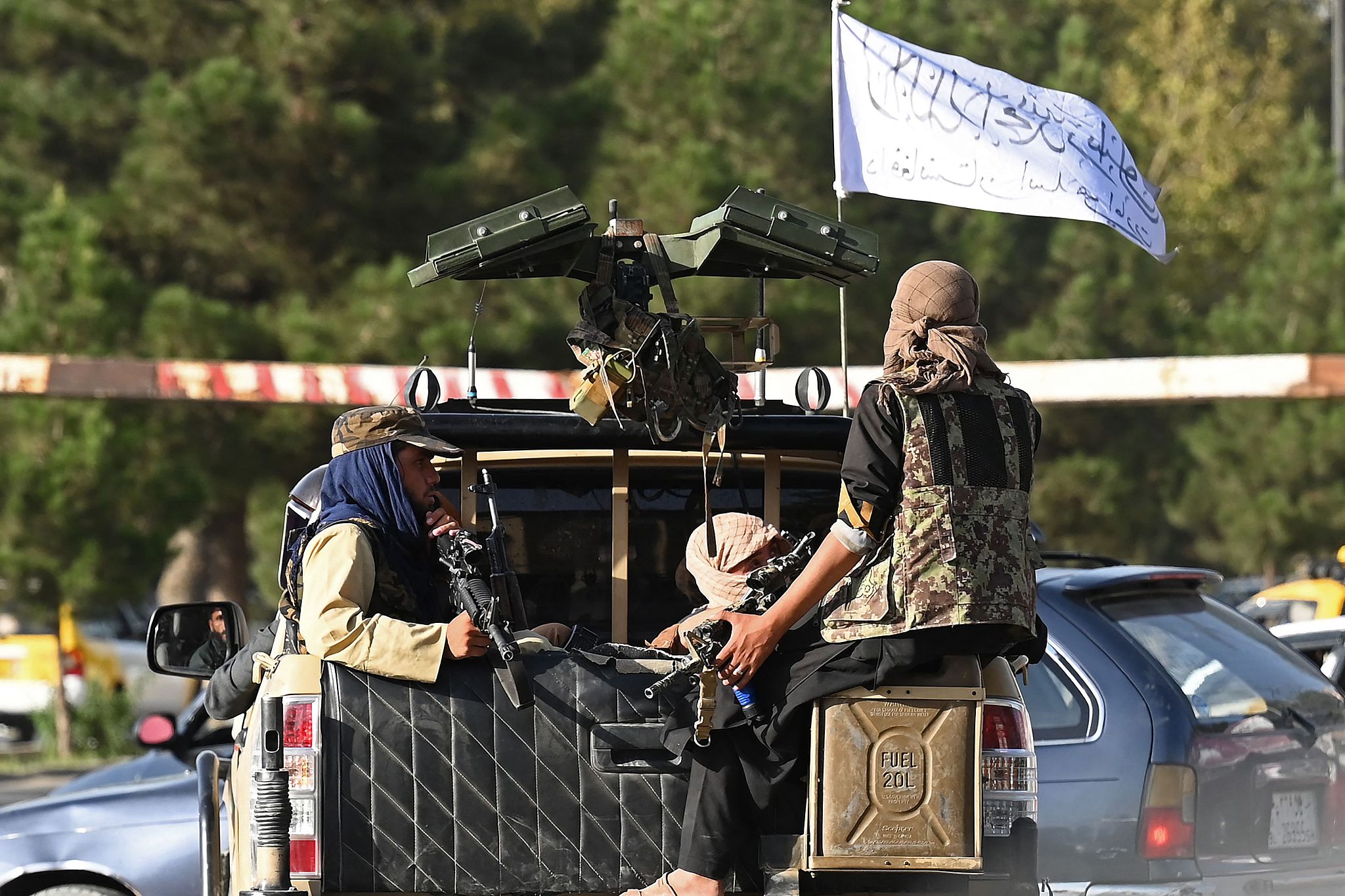 Taliban fighters in a vehicle patrol a street in Kabul, Afghanistan, August 27, 2021. /CFP

Taliban fighters in a vehicle patrol a street in Kabul, Afghanistan, August 27, 2021. /CFP

The takeover came after a deadly suicide bomb blast and gun firing claimed by ISIS-K, a local affiliate of the Islamic State (ISIL), killed 170 Afghans and 13 U.S. troops at an eastern gate of the facility on Thursday.

Earlier a Taliban official reportedly said that the Taliban's special forces, and a team of technical professionals and qualified engineers were ready to take over all charges of the airport after the departure of the U.S. forces.

Dozens of planes, including military planes, took off from the airport since late Saturday. Most of some 6,000 U.S. and coalition forces and a unit of Afghan Special Forces who were deployed to the airport before the Taliban's takeover of Kabul on Aug. 15 had reportedly evacuated.

The Taliban on Saturday said they were preparing a new cabinet as the U.S. evacuation nears its end.

Zabihullah Mujahid, the Taliban's main spokesman, made the statement as the U.S. military winds down its mission to withdraw troops and evacuate U.S. citizens and vulnerable Afghans from Kabul airport ahead of the August 31 deadline set by U.S. President Joe Biden.

The exact timing of the formation of a new cabinet remained unclear. According to Mujahid in a voice message, the makeup of the new cabinet would be cleared "in one or two weeks." 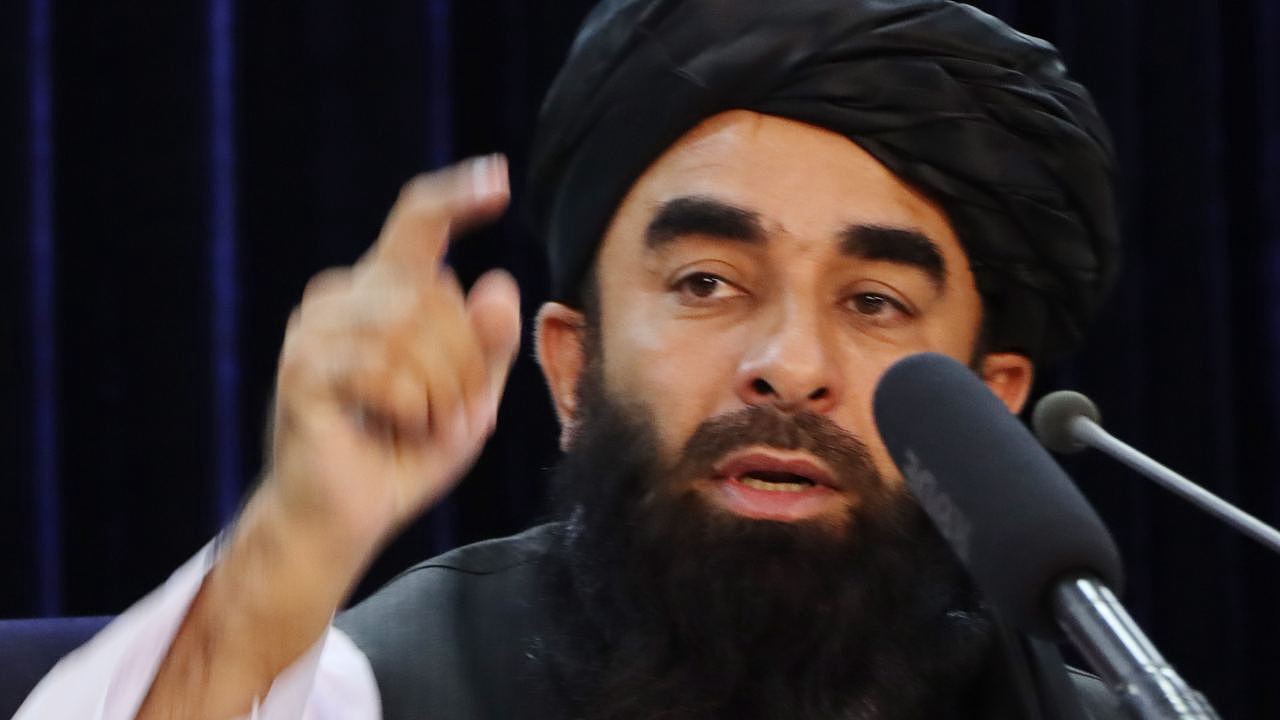 Proposal for a safe zone

France and Britain will submit a resolution to an emergency United Nations (UN) meeting due Monday on Afghanistan proposing a safe zone in Kabul to try and protect people trying to leave the country, French President Emmanuel Macron said on Sunday.

"Our resolution proposal aims to define a safe zone in Kabul, under UN control, which would allow humanitarian operations to continue," Macron told French newspaper Le Journal du Dimanche (JDD) in an interview published on Sunday.

UN Secretary-General Antonio Guterres is convening a meeting on Afghanistan with the UN envoys for China, Russia, Britain, France and the United States – the Security Council's permanent, veto-wielding members.

Macron said on Saturday that France was holding preliminary discussions with the Taliban about the humanitarian situation in Afghanistan and the possible evacuation of more people from the country.

"We have begun having discussions, which are very fragile and preliminary, with the Taliban on the issue of humanitarian operations and the ability to protect and repatriate Afghans who are at risk," Macron told a news conference.

The French government said on Friday it had finished its evacuation operation from Kabul in line with that timetable but would continue to help those who needed protection to leave Afghanistan.

Macron also said France would keep troops in Iraq as part of anti-terrorism operations for as long as the Iraqi government needed them to stay, regardless of whether or not the United States decides to withdraw.

"Whatever the Americans decide, we will maintain our presence to fight against terrorism in Iraq," he said.

U.S. military forces, which have guarded the airport in Kabul, are due to withdraw by Tuesday. France is among the countries that have also ended evacuations from Kabul airport.

What the Afghan explosions reveal about U.S. 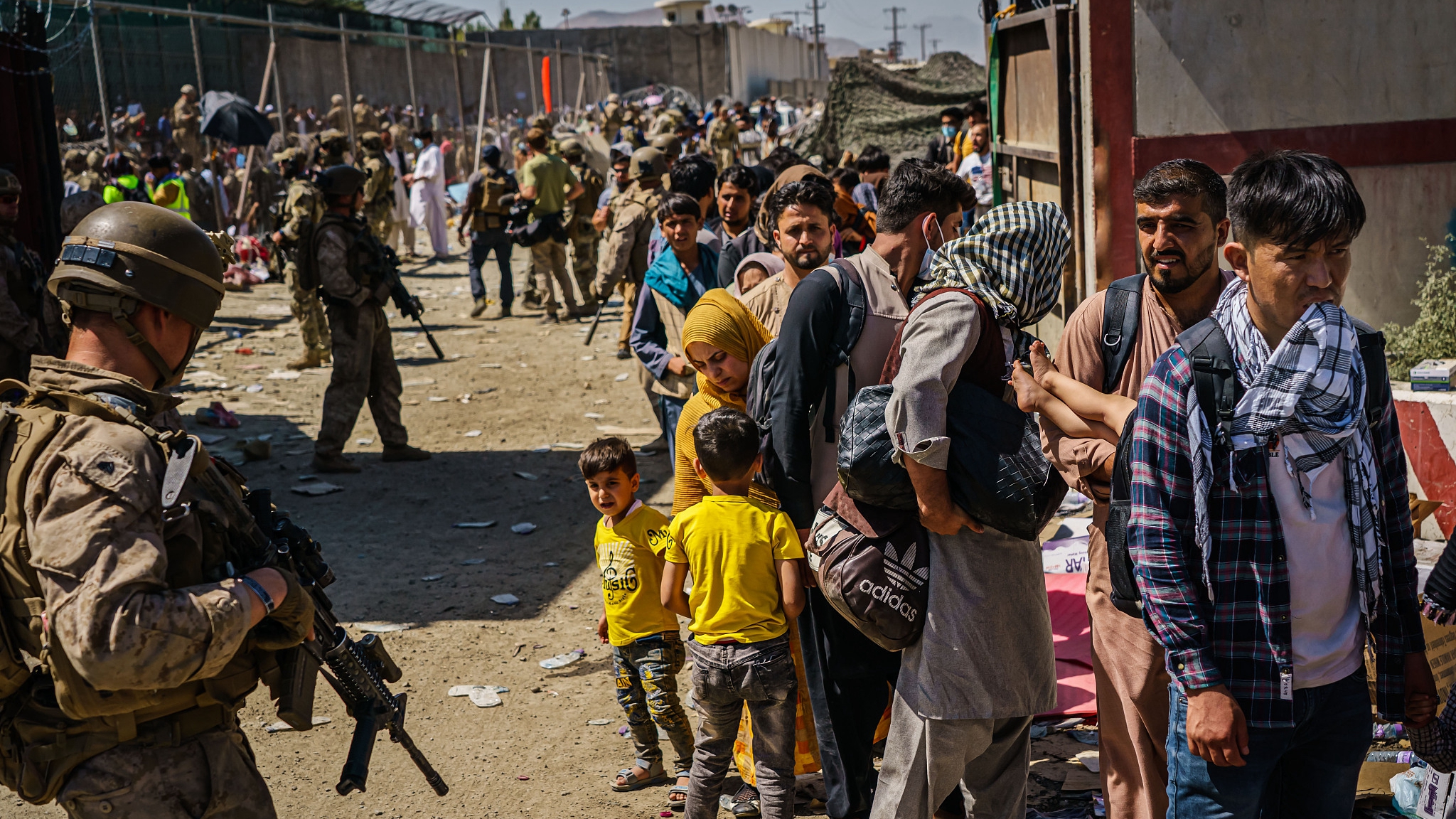 Meanwhile, the last UK plane with only civilians on board took off from Kabul on Saturday, leaving hundreds of Afghans eligible for resettlement behind.

The government is winding up its operation to airlift civilians, diplomats and troops out of Afghanistan ahead of the August 31 deadline for U.S. troop withdrawal.

The ministry said further planes could carry some civilians along with military and diplomats.

Earlier on Saturday, General Sir Nick Carter, head of the UK armed forces, told the BBC that the evacuation effort would end "during the course of today."

"We have some civilian flights to take out, but it's very few now," Carter said, after which "it will be necessary to bring our troops out on the remaining aircraft."

The UK Ambassador to Afghanistan, Laurie Bristow, tweeted a video of himself standing on the airfield with military planes in the background, wearing a bullet-proof vest.

He said his team had been working "to the very last moment to evacuate British nationals, Afghans and others at risk."

"Since August 13, we have brought nearly 15,000 people to safety," the ambassador said.

Carter said the evacuation operation had "gone as well as it could do," but it was "heartbreaking" that "we haven't been able to bring everybody out."

The armed forces chief estimated the number of eligible Afghans who had not been evacuated to be "in the high hundreds." He stressed that they will be welcome in Britain if they manage to leave after the deadline, through third countries or other ways.

UK wraps up evacuations from Afghanistan, leaving hundreds behind 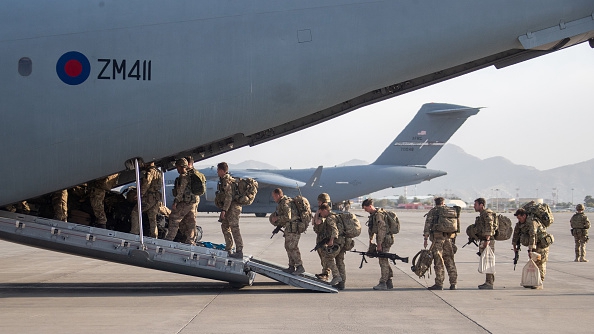 U.S. military commanders believe that another terror attack like the deadly suicide bombing at Kabul airport is "highly likely in the next 24-36 hours," Biden warned Saturday.

After a briefing from his national security team, Biden said in a statement that a U.S. drone strike targeting the Islamic State-Khorasan group (ISIS-K), which claimed responsibility for Thursday's carnage at the airport, was "not the last."

"The situation on the ground continues to be extremely dangerous, and the threat of terrorist attacks on the airport remains high. Our commanders informed me that an attack is highly likely in the next 24-36 hours," Biden said.