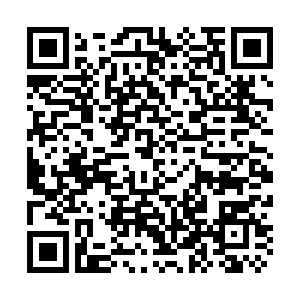 Taliban spokesperson Zabihullah Mujahid has condemned U.S. air strikes in Kabul, saying it's illegal to carry out "arbitrary attacks" in other countries.

"We condemn such attacks because it is illegal to carry out arbitrary attacks in other countries. If there was any potential threat, it should have been reported to us, not an arbitrary attack that has resulted in civilian casualties," Mujahid told CGTN's guest reporter Zmaryali Abasin in a written response to the air strikes.

Earlier, Abdulhaq Wasiq, a member of the Taliban's political office, said Friday's strikes by the U.S. are against the Doha agreement, according to Tolo News TV.

The U.S. is exaggerating the presence of the Islamic State in Afghanistan, said Wasiq.

"We have signed an agreement with Americans in Doha regarding this and the attack is against the agreement. Based on the agreement, they are not allowed to interfere in Afghanistan affairs after their withdrawal," he added.

Taliban 'ready to take over' as Western evacuation deadline approaches

The U.S. Central Command said on Sunday that the U.S. military forces carried out a "self-defense" airstrike in Kabul against a suspected ISIS-K vehicle, which could pose an imminent threat to the airport.

"U.S. military forces conducted a self-defense unmanned over-the-horizon airstrike today on a vehicle in Kabul, eliminating an imminent ISIS threat" to Hamid Karzai International airport, Bill Urban, spokesman for the U.S. Central Command, said in a statement, referring to a local affiliate of the Islamic State in Afghanistan.

"We are confident we successfully hit the target. Significant secondary explosions from the vehicle indicated the presence of a substantial amount of explosive material," Urban said.

It was the second U.S. military air strike in Afghanistan since a suicide bombing outside Kabul airport on Thursday killed 13 U.S. service members and some 170 Afghans. ISIS-K had claimed responsibility for the attack. U.S. President Joe Biden warned on Saturday that another terror attack against Kabul airport could be "highly likely in the next 24-36 hours."